Twin sisters, 21, who ‘pummelled’ a reveller and punched her repeatedly in the head in horrific attack during a boozy night-out AVOID jail

Twin sisters who ‘pummelled’ a reveller and punched her repeatedly in the head in a horrific attack during a boozy night out have avoided jail.

Sophie Wood and Katie Wood, 21, had been out in Manchester city centre when Sophie barged into a group of girls.

The girl she had bumped into replied telling her to ‘watch what you are doing’, which spurred a ‘disgraceful’ attack by the sisters who began to push and punch her.

Four women were left with injuries to their faces, arms and legs during the attack.

At one stage, Katie Wood took off her high-heeled shoe and repeatedly hit one girl on the head, Manchester Crown Court heard.

But the sisters have managed to avoid jail, as judge recorder Searle said they had kept out of trouble since the offence, had no previous convictions and the attack seemed ‘wholly out of character’. 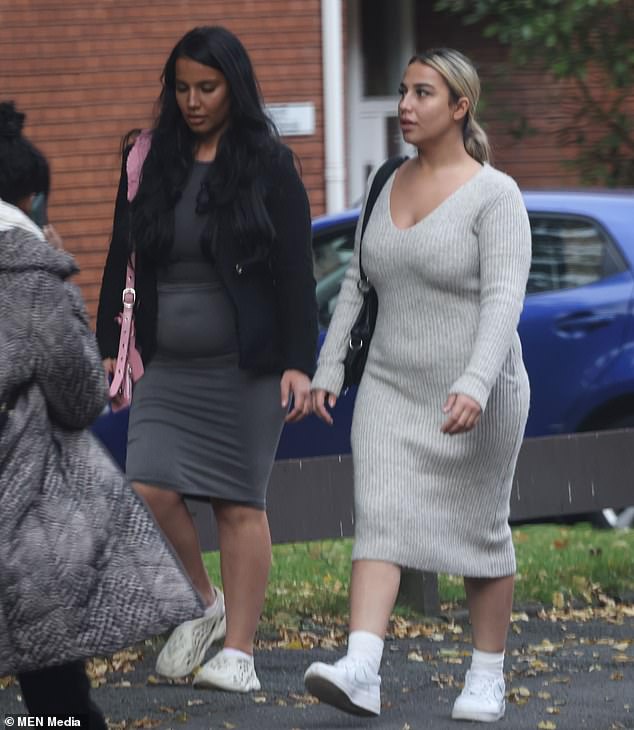 Sophie Wood and Katie Wood, then both 21, had been out in Manchester city centre when Sophie barged into a group of girls

Katie and Sophie, from Openshaw, were sentenced to six months imprisonment which was suspended for 12 months, and ordered to complete 120 hours unpaid work each as well as five days of rehabilitation activity requirements.

Prosecuting, Paul Dockery said the group of girls spent part of the evening in the History Nightclub in Longford Street on February 2, 2020.

At around 2am they left and walked in the direction of Deansgate in order to get a taxi home.

‘What happened, it seems, as the group were walking towards Deansgate, Sophie Wood barged into one of the women,’ he said.

‘It may have been by accident. The woman reacted by saying words to the effect of ‘watch what you are doing’ and that spurred Sophie Wood to react.

‘She began pushing the girl then punching her and she was helped by her sister. A member of the public filmed the incident on his phone.’ 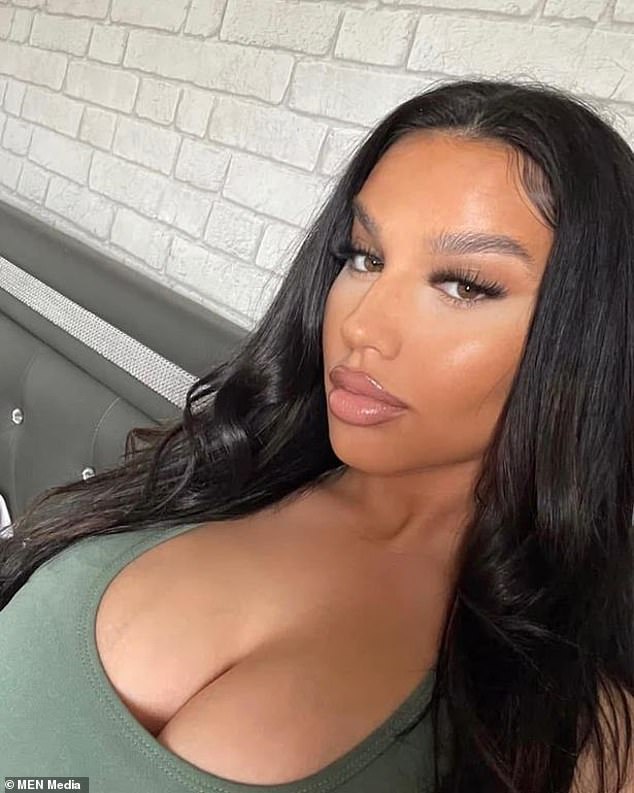 Sophie Wood (pictured) left four women with injuries to their faces, arms and legs during the attack

‘The first victim was attacked by Sophie Wood, who kicked her to the head, she then grabbed hold of her hair. Her sister Katie Wood was pulled away by an unknown person, and she went on to pull another woman by the hair,’ the prosecutor continued.

‘Sophie Wood then dragged another woman off the floor by her hair and punched her to the face multiple times. It appeared to be a pummelling action.’

During the fight, one of the women said to Katie Wood: ‘You hit my friends for no reason’, to which she responded by punching and kicking her.

At one stage she removed her shoe and hit her with it, the court heard.

The police were called and the twins were picked up in a car, which the police later tracked down.

As they were arrested, police found a shoe in the footwell of the car with strands of hair and blood on the straps. 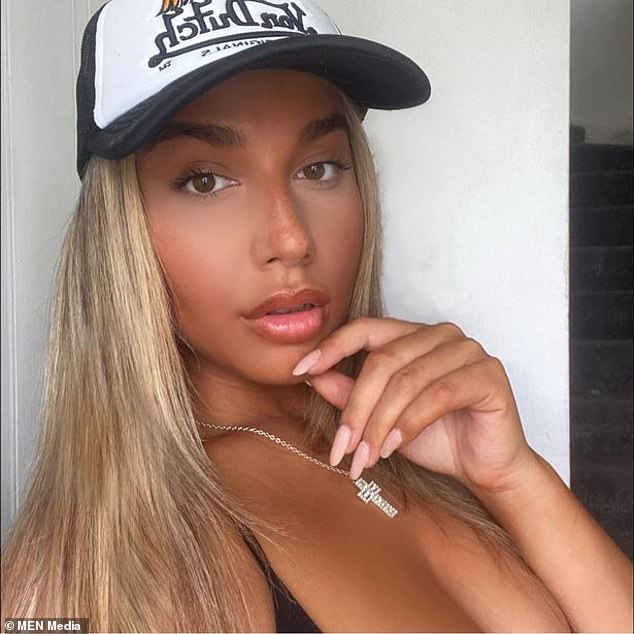 At one stage, Katie Wood (pictured) took off her high-heeled shoe and repeatedly hit one girl on the head, Manchester Crown Court heard

Mitigating for Sophie Wood, Estelle Parkhouse said her client had drunk alcohol before leaving for the night out, and later bought a bottle of vodka which both sisters poured ‘freely’ throughout the evening.

‘They were walking past each other, a comment was made, there was unnecessary behaviour – she expresses embarrassment and remorse,’ Ms Parkhouse said.

‘This is not how young ladies on a night out should conduct themselves. She is well aware of that and is mortified.

‘It is thankful nobody was more seriously injured as a result of the actions of both the defendants.’

Patrick Harris, mitigating for Katie Wood, added: ‘These are unpleasant offences. This was an isolated incident.’

Handing them both suspended sentences, the judge Recorder Searle said: ‘This was disgraceful behaviour by both of you. To your credit, I accept that you are thoroughly ashamed by what happened that night.

‘This was horrible to view and horrible for the victims. You have no previous convictions, you have kept out of trouble since the offences and this was wholly out of character.

‘I don’t think this will happen again. Don’t let me down.’