Footage appears to show the horrifying scene that greeted neighbours after they found the screaming mean, who had two thick trails of blood down his shirt. 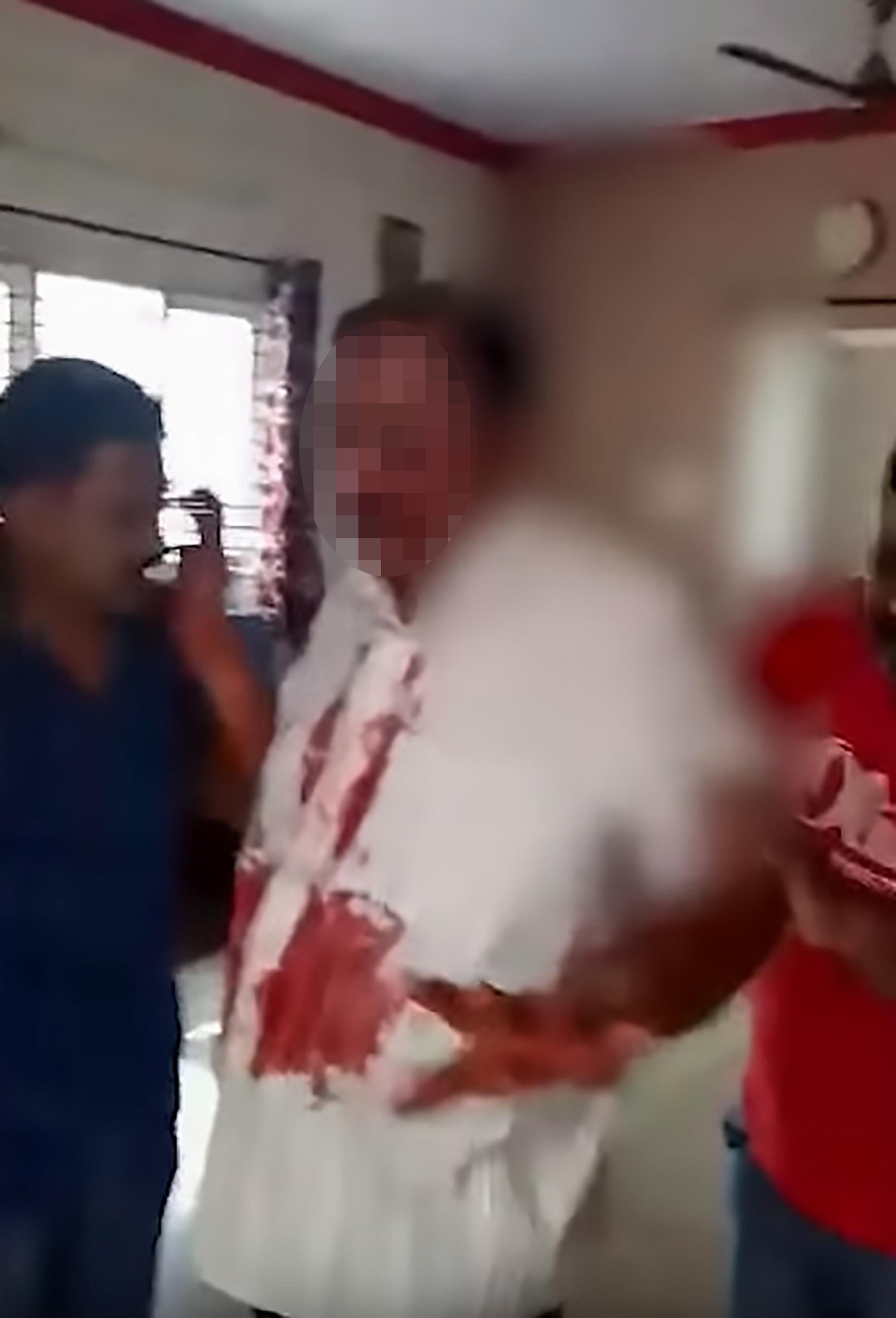 Parameshwar Chetan, 65, is reported to have been attacked by his 40-year-old son Abhishek when the younger man demanded he inherit the family home immediately, rather than wait for his father to die.

He allegedly also wanted to make sure that his sister was not included in the will.

Abhishek reportedly said he wanted to put the Bangalore property into a trust for his children, but the father wanted it to be split equally between his daughter and Abhishek.

Locals said it was just the latest row about property between the two men, with the father unhappy that his son was living a lavish lifestyle beyond his means and had even given up his job as a translator with the local government. 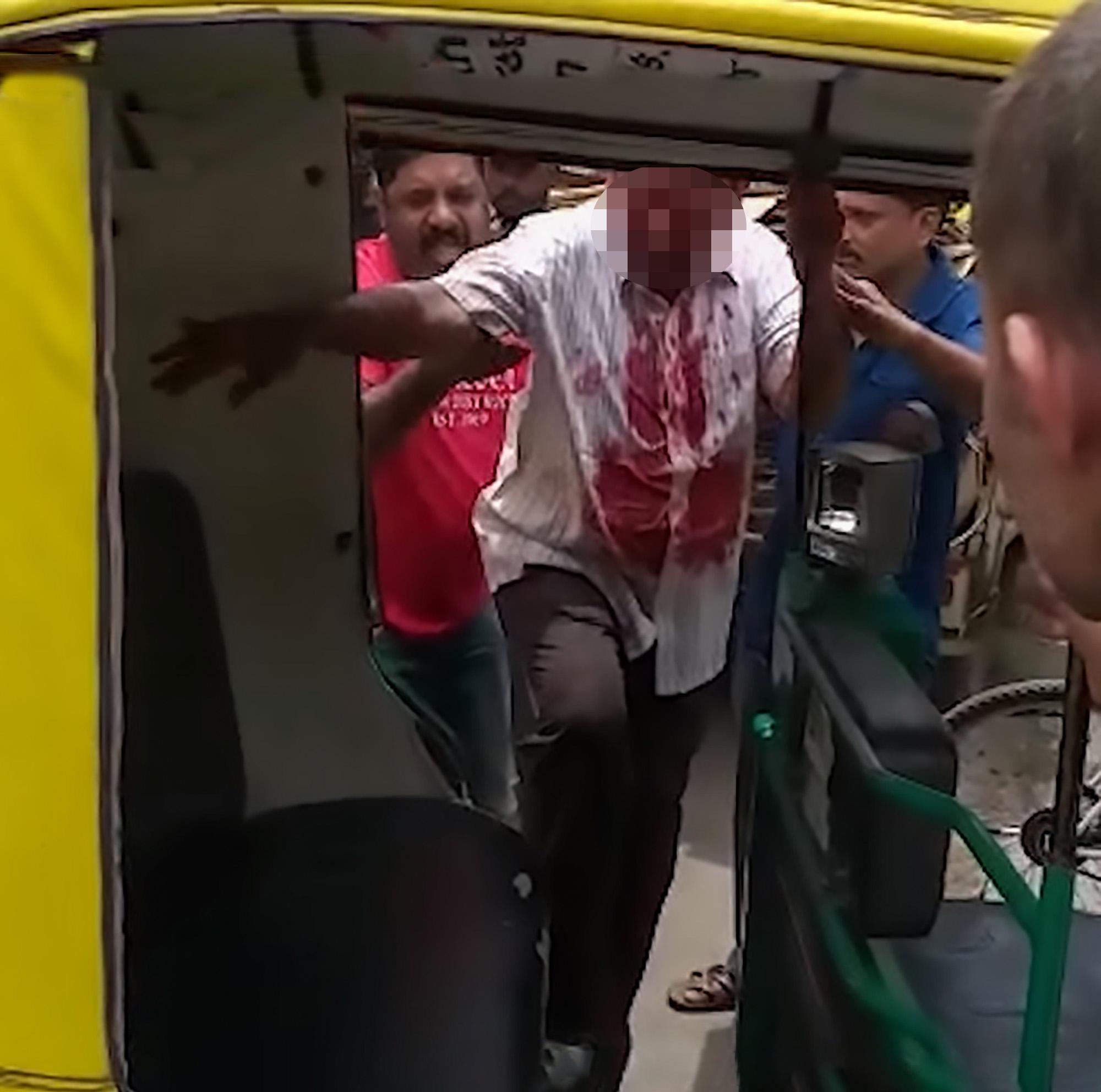 The son allegedly knocked his father to the floor and attempted to gouge out his eyeballs with his fingers.

Neighbours helped the blood-stained man into a vehicle where he was driven to hospital.

Doctors said one eyeball was beyond repair but they hoped he might regain usage of the second. 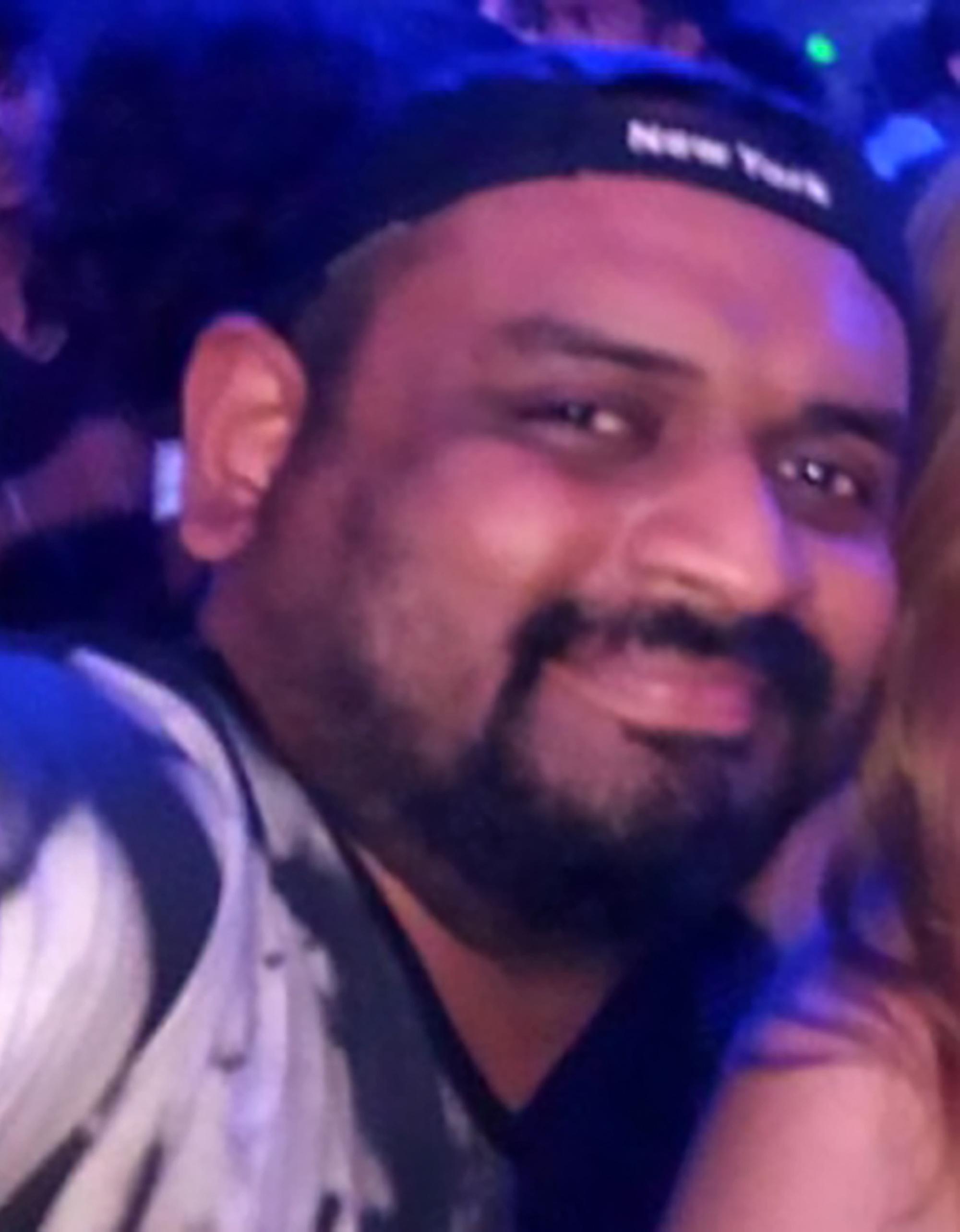 Neighbours reportedly found the screaming man after his five-year-old grandson raised the alarm.

When they arrived Abhishek ran, it was reported.

He later reportedly called his sister to say that his father had attempted to gouge out his own eyes in order to frame him. This was rejected by police, who arrested him following a complaint from the sister. 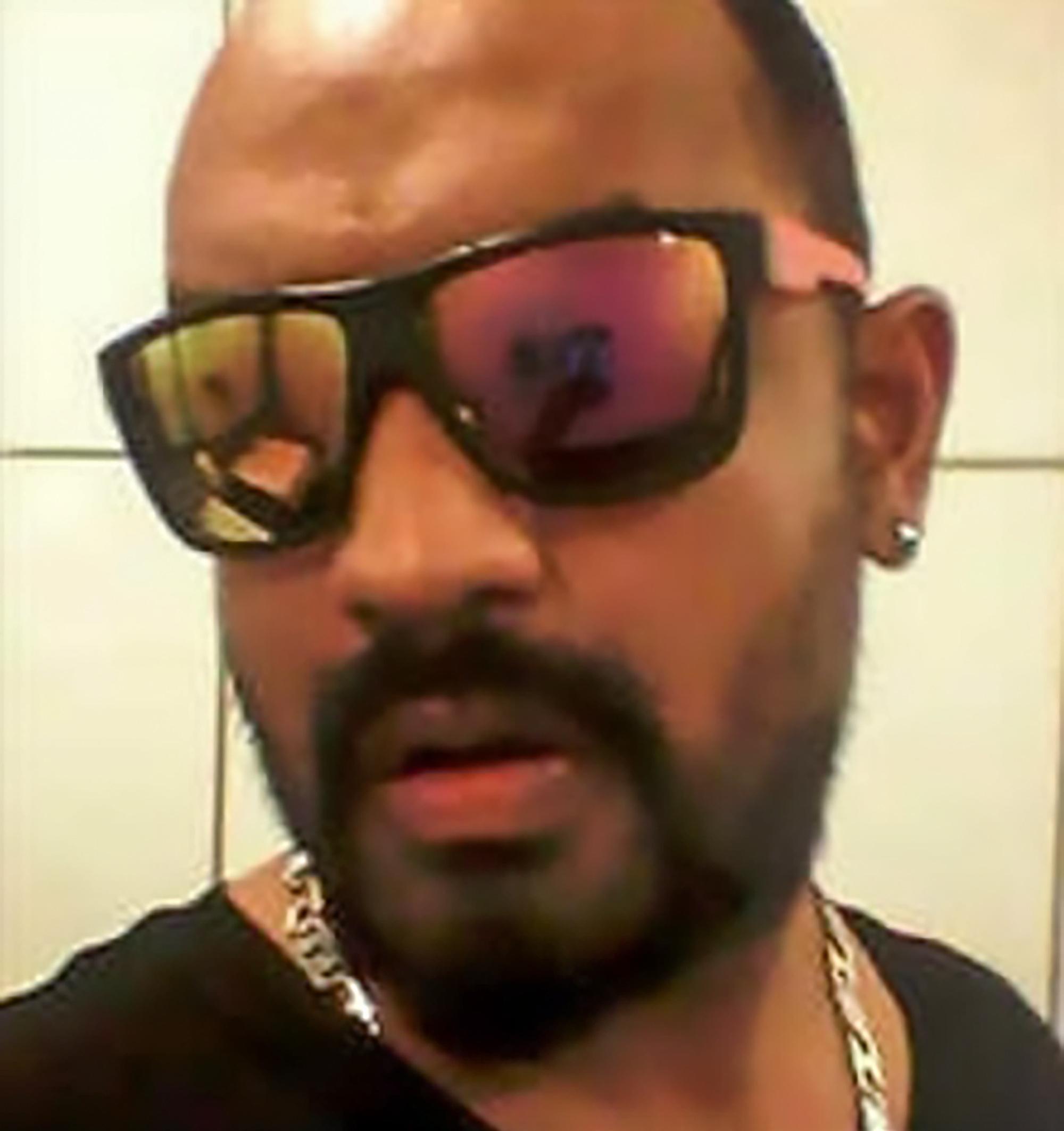 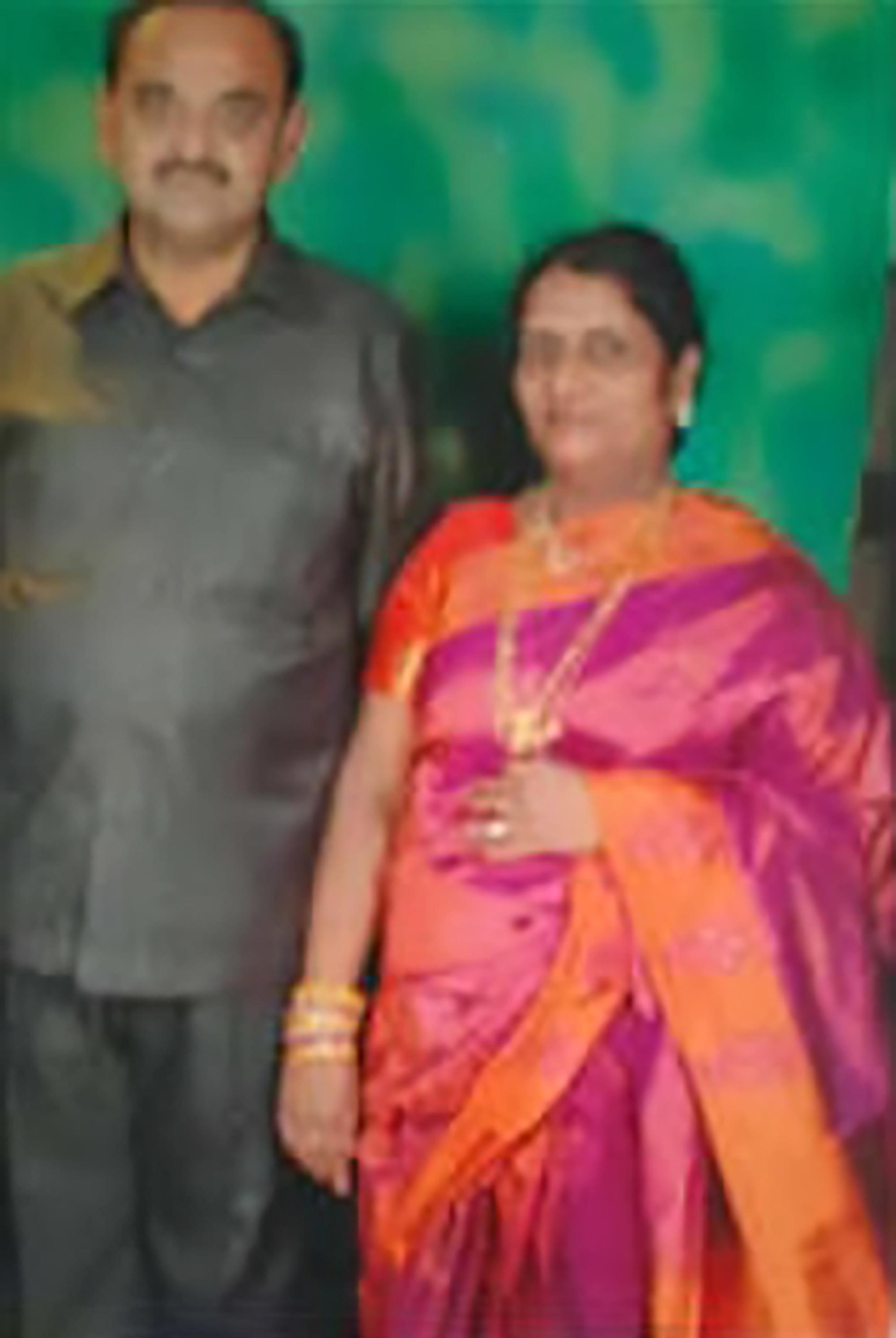 The family of the injured man allege that it was not just an attempt mutilate him, but that he intended to kill him to inherit the family home as well as two other properties owned by the father.

A hospital spokesman said they had operated on the man for hours and added: "We can’t assure him that vision will return."