Go-cats! Meet the feline brothers born with rare genetic defect which means they only have two legs each

The odds were stacked against them, but these kittens have fallen on their feet – even though they have only two each.

Frog, a tabby, and black and white Newt were born without their back legs.

Despite the disability, the brothers have taken life in their stride. They can jump and use scratching posts with no problem, using their tails to help them balance. 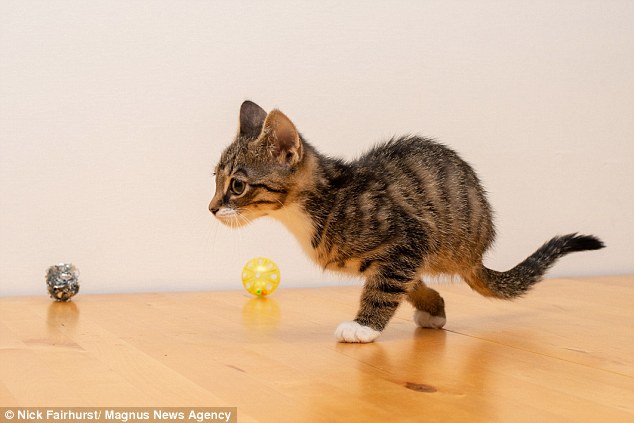 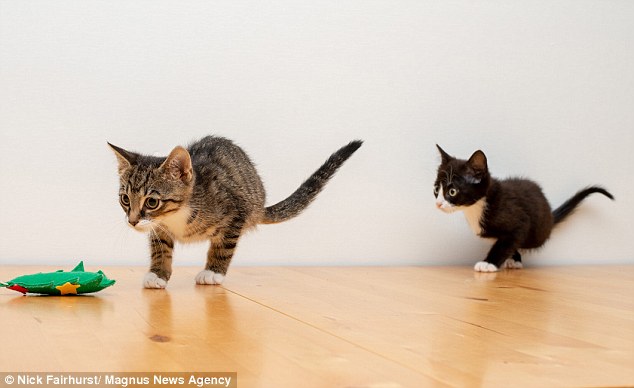 Despite their lack of rear legs, both cats are perfectly able to walk around without any pain 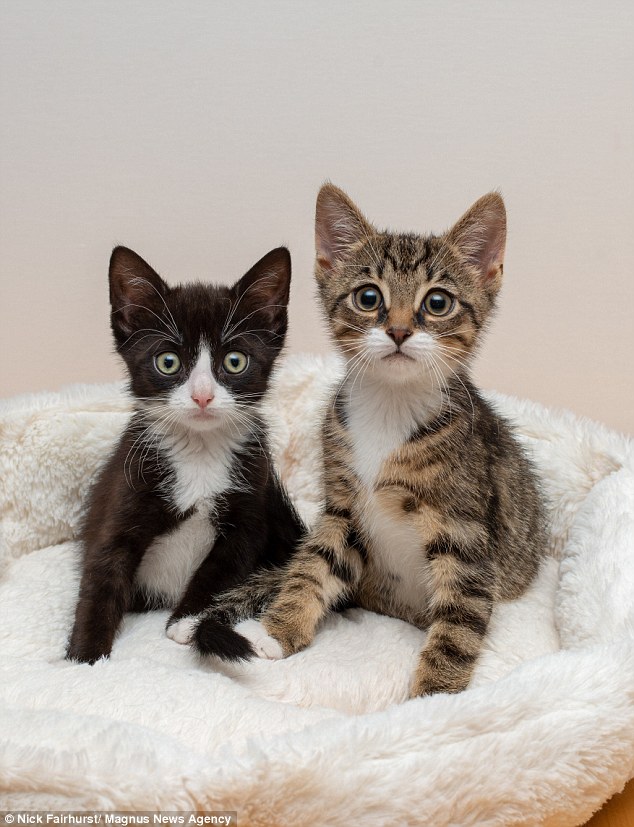 And they are being well cared for at the Rescue Me Animal Sanctuary in Liverpool, which took them in ten days ago after the owner advertised them on social media.

The sanctuary is unaware of any other two-legged cats born in the UK.

Thought to be ten weeks old, they got their names because there are lots of frogs and newts at the rescue centre.

Because they are from the same litter, it is believed inbreeding may have led to them being born without their back legs. Sanctuary founder Steph Taylor said: ‘It doesn’t seem to affect them at all, they are scratching up scratch posts. They even manage to jump down from levels as well. They are doing really well.’

Frog and Newt will be kept in long-term care to assess their progress. Because they are thriving, there are no plans to fit them with wheels, which can happen with animals that lose their legs.

The sanctuary looks after some 500 animals a year, with each cat or kitten rescued costing it around £60. To offer support or make a donation, visit @RescueMeAnimal on Facebook.