This is the dramatic moment two heroic yacht workers jumped into freezing cold waters to rescue an elderly man who had fallen into a harbour.

Carpenter Matt Payne spotted the man in the water at 6.45am yesterday at the quay at the Old Lifting Bridge in Poole, Dorset, and jumped off an 8ft bridge to swim out to him.

In footage taken of the rescue, the 37-year-old can be seen battling against the strong current whilst dragging the motionless man towards a ledge. 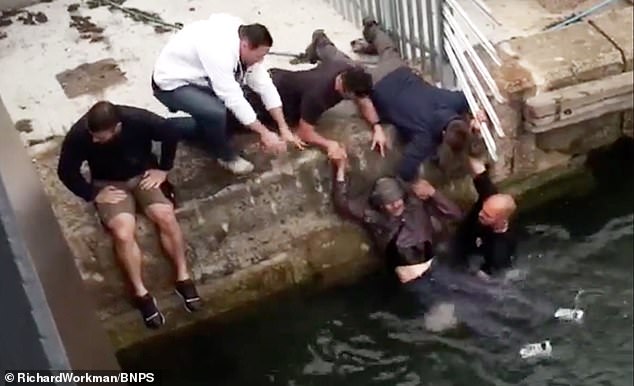 Matt uses one arm to hold the elderly man and the other to swim, but starts to sink under the water as he is almost to the ledge.

Co-worker and laminator Luke Coleman, 33, is then seen leaping into the water to drag the man the remaining distance.

‘I was cycling over the bridge when I saw Matt jump off the bridge so I stopped and ran over,’ he said.

‘I saw Matt dragging the elderly chap but he was struggling in the strong current.

‘I ran around to the ledge and I could see Matt’s head was starting to bob under water so I had to go in to help him.

‘We got the man to the ledge, lifted him out of the water and tried to warm him as best we could. 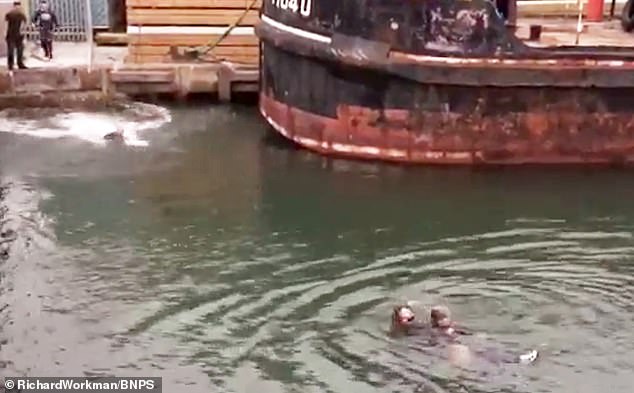 Carpenter Matt Payne spotted the man in the water at the quay in Poole, Dorset, and jumped off an 8ft bridge to swim out to him 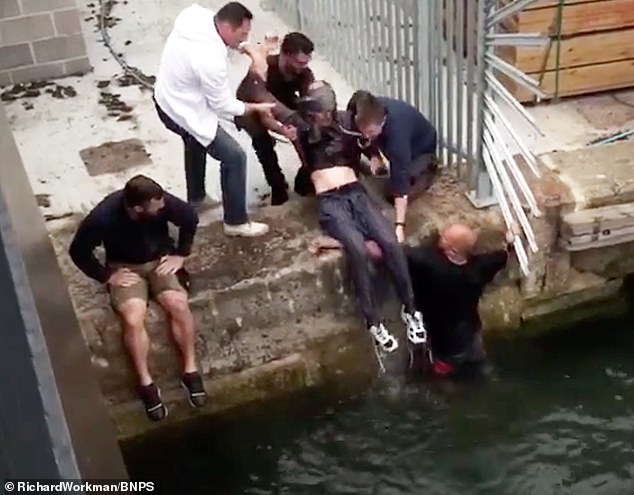 ‘The water was cold as hell, tastes vile and definitely wouldn’t recommend taking a dip.

‘I’m just hoping we got him out in time.’

Three bystanders helped to lift the man onto the ledge and covered him with blankets before emergency services arrived.

Matt added: ‘I was on my way to work and saw a commotion at the bridge and when I looked down the man was in the water.

‘I couldn’t just ignore it so I leapt off the bridge to help him. 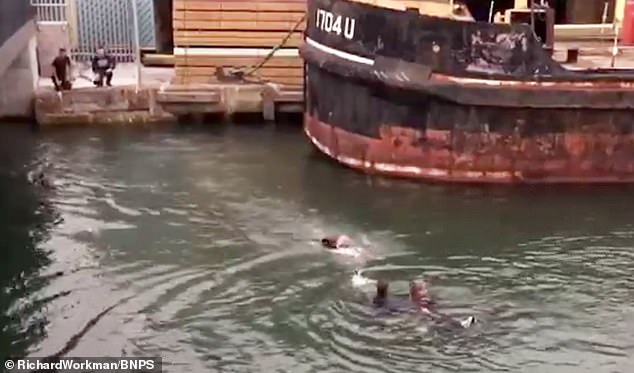 ‘The water was cold as hell, tastes vile and definitely wouldn’t recommend taking a dip. I’m just hoping we got him out in time,’ Luke said 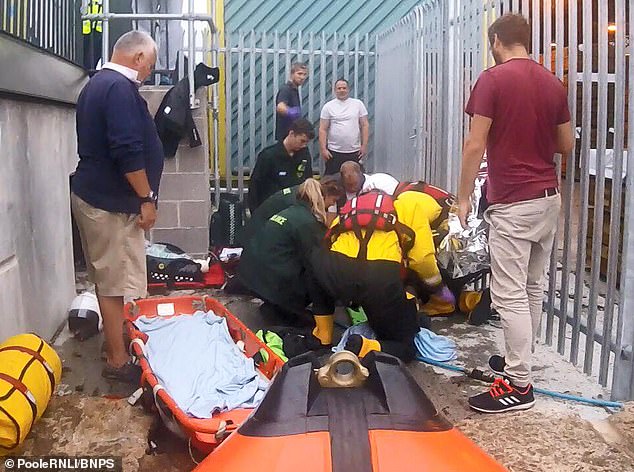 ‘I started dragging him towards a ledge but about two thirds of the way I had no strength in my arms.

‘That’s when Luke jumped in from the side and helped us both the rest of the way.’

The man, who is aged in his 50s or 60s and was wearing a hat, a coat and jeans, was given oxygen and placed on a stretcher before he was taken to Poole Hospital.

His present condition is unknown.

A Poole Lifeboat spokesperson said: ‘We’ve all got fingers crossed for him but without their help he certainly wouldn’t have such a chance.’