At least two people are in a serious condition after the horror smash closed the motorway near Somerset this morning. 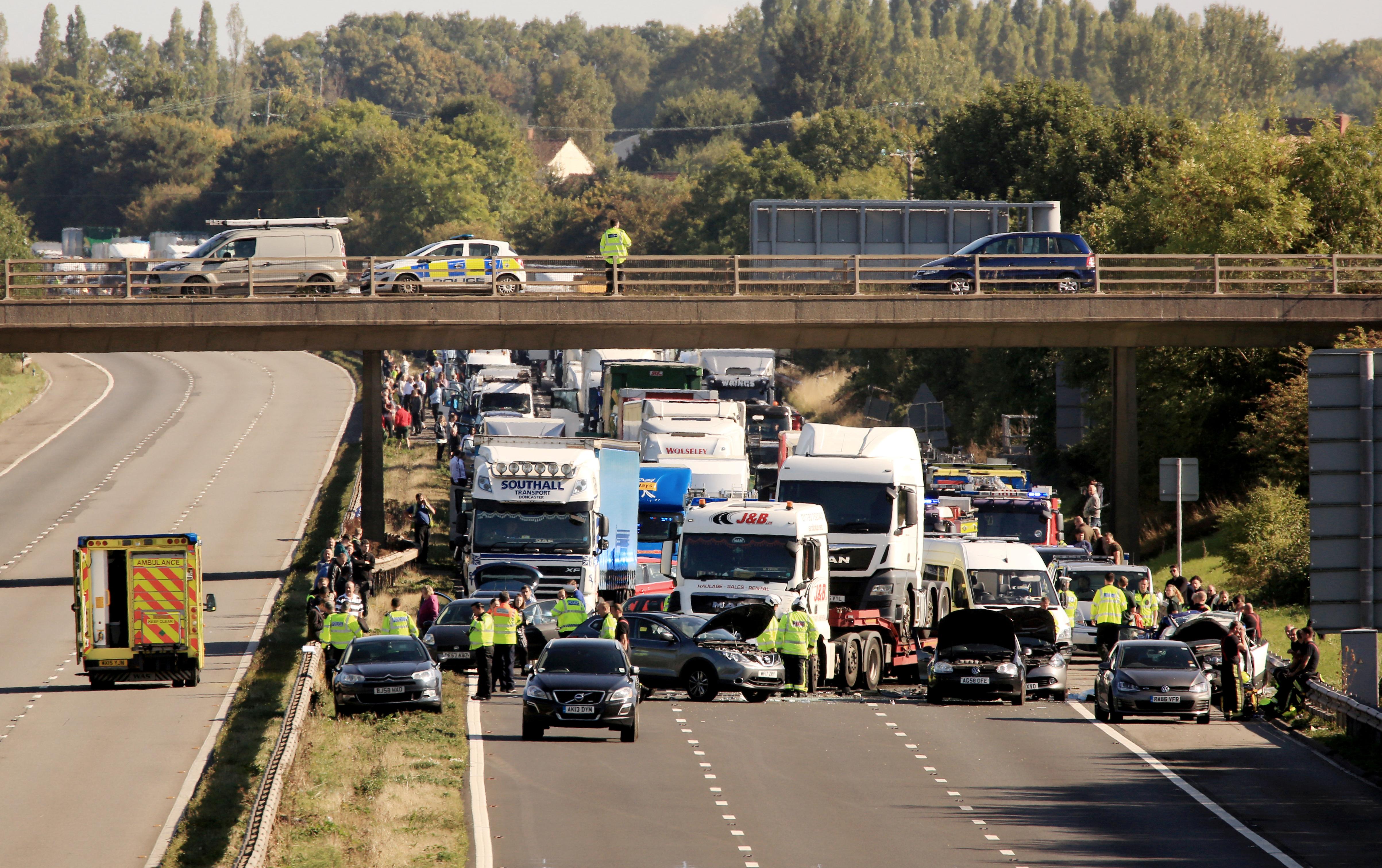 Fire crews and ambulances rushed to the scene after the crash, involving the HGV and several cars, unfolded on the southbound carriageway near junction 24, Huntworth, about 8.30am.

An Avon and Somerset Police spokesperson said: "Sadly two people were pronounced dead at the scene.

"Four other people have been taken to hospital, at least two of whom have serious injuries."

The road was closed off as emergency crews rushed to contain the scene.

A police spokesperson said "well-rehearsed" plans had been put into place to help control the situation.

They added: "It's important for motorists to remain in their vehicles to avoid further unnecessary delay."

A South Western Ambulance confirmed they had been called at 8.25am, saying: "We have attended with six ambulances, an operations officer, two air ambulances, three rapid response vehicles, a doctor and the hazard area response team."

The M5 northbound carriageway is expected to reopen soon, three hours after the crash.