The video of a heated exchange between a Burger King manager and two white customers who told him to “go back to Mexico” has gone viral.

Neyzha Borrero of Eustis, Florida, was grabbing a bite to eat at a local Burger King with her boyfriend earlier this month when she overheard two women say they were offended after they overheard the Burger King manager, Ricardo “Ricky” Castillo, speak to one of his employees in Spanish. That’s when Borrero started filming.

In the video, one of the women can be heard telling Castillo, “You’re being very rude,” after hearing him speak Spanish.

“No, you’re being rude by being prejudiced,” Castillo replies.

The conversation escalates when one of the women says, “This is America and our main language is English…Go speak your Mexican at home!” 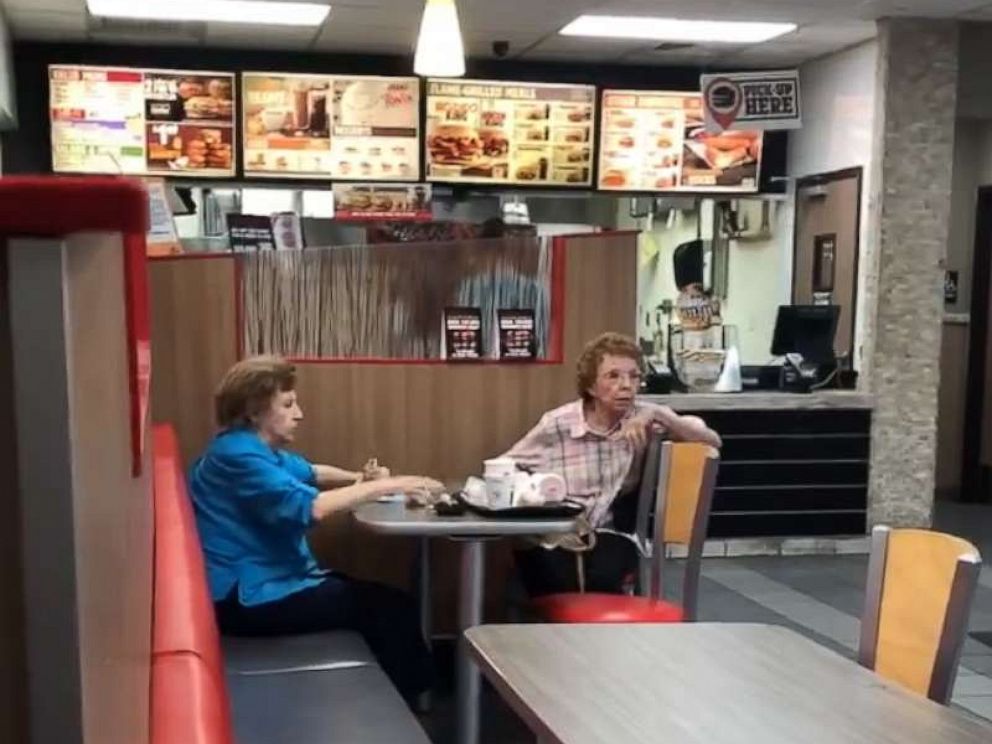 “Guess what ma’am, I’m not Mexican,” Castillo responds. “You’re being very prejudiced and I want you out of my restaurant right now.”

Castillo then threatens to call the police after one of the women tells him to “go back to Mexico” if he wants to keep speaking Spanish.

“I was shocked and I didn’t know what to do,” Castillo told ABC News. “I wasn’t going to call the cops,” he admitted. “I was raised to respect my elders and I wasn’t going to do that to them.”

This past weekend, outrage erupted after a series of tweets from President Donald Trump seemingly aimed at progressive freshman Democratic congresswomen of color.

“Why don’t they go back and help fix the totally broken and crime infested places from which they came?” he wrote.

Trump’s comments were widely criticized by Democratic lawmakers, many of whom characterized his attacks as racist.

Many on social media have described the refrain “go back to your country” as a common attack against people of color in the U.S.

Last year, a Sikh man was attacked and told to go back to his country while he was putting up campaign signs near Turlock, California.

Castillo, who has worked as the general manager for the Burger King in Eustis for a year and a half, said he has never experienced anything like this, but added he isn’t surprised. He hopes the video serves as a lesson on how people should treat others.

“Everybody has their different opinions, nobody is the same,” said Castillo. “We’re all human beings and we deserve to be treated with respect.”