Hiwot Dagnachew has been credited with saving the lives of her two great nieces, Yohana, 7 and Liya, 5, as well as their mother Meron Mekonnen. 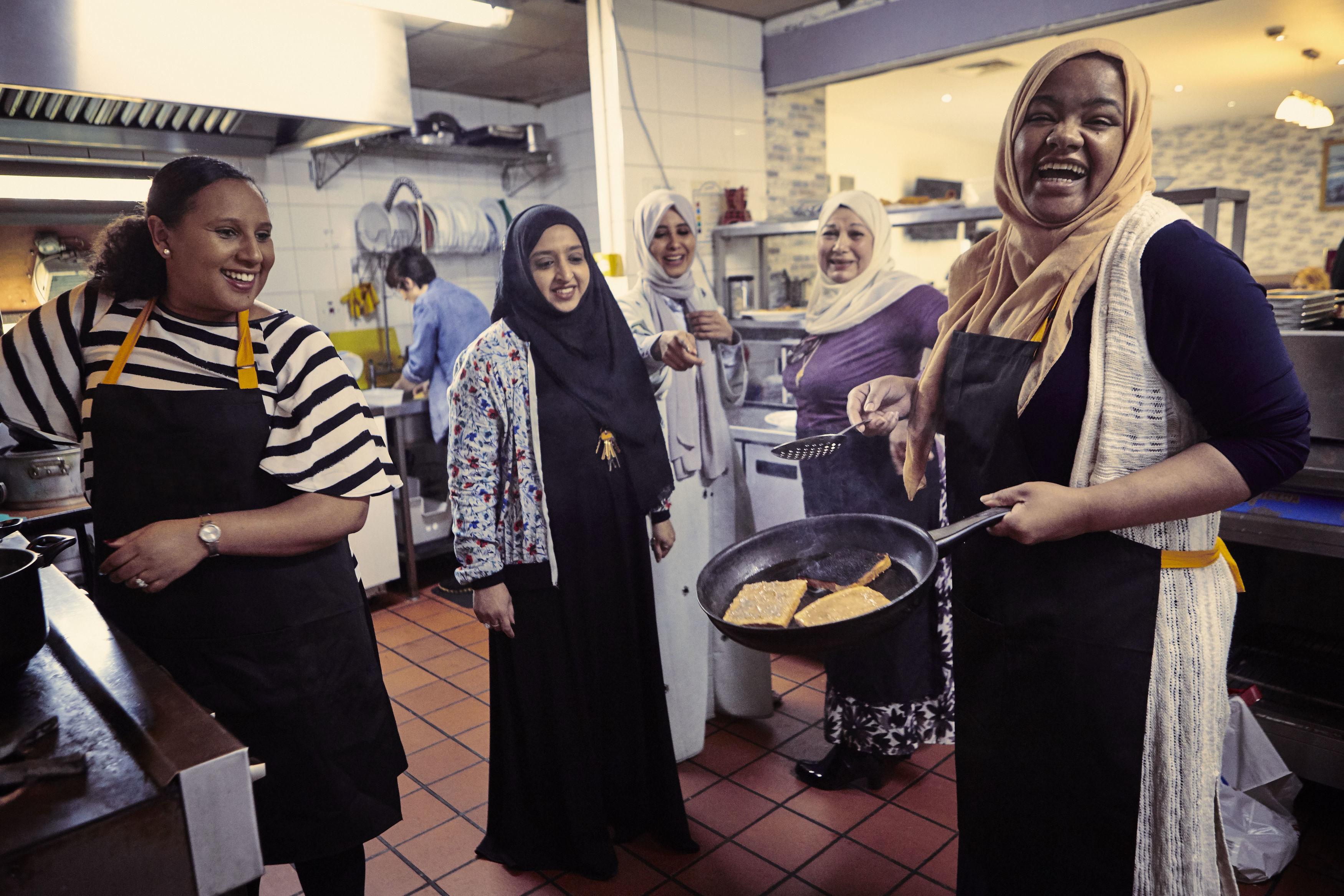 She noticed the flames from her fifth floor window, and called her relatives 14 storeys above.

Mekonnen told The Telegraph how, as they made their way down, ten of their neighbours retreated upstairs, overcome by the smoke.

“We were fast asleep and my phone rang – I’m so lucky it wasn’t on silent.”

“I put on my dressing gown, grabbed my little ones and ran out into the corridor.” 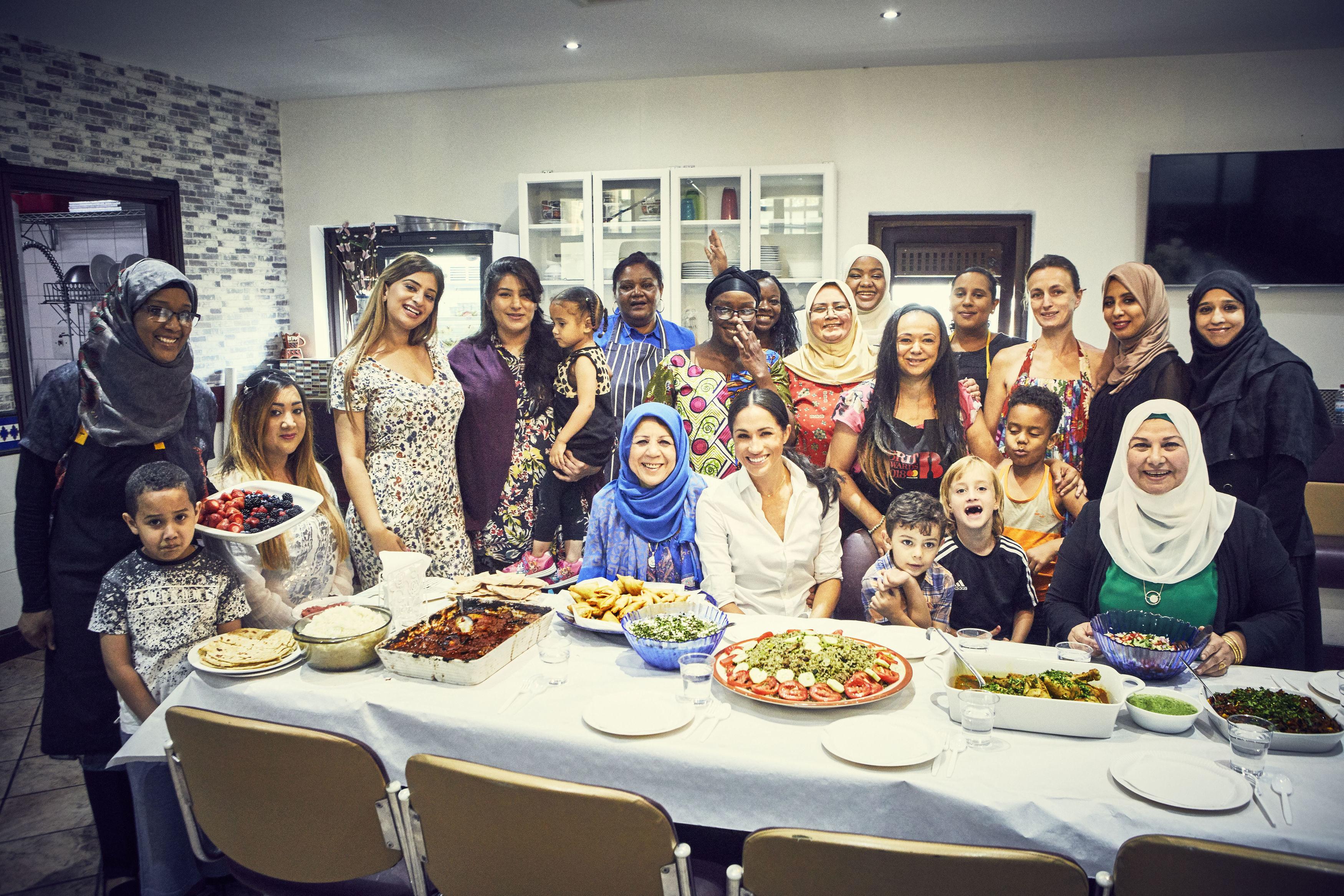 Meanwhile, Munira Mahmud, 34, was instrumental in helping her husband, father, and two children escape from the fifth floor.

In her recounts she said: “There was no feelings, just looking, the whole building is on fire, your friends and neighbours are burning down, you have nothing to think about, your mind, your brain, everything goes blank.”

It would not have been easy, getting her father Ahmed Abdel-Rasoul, then aged 87, and their two children Mohammed, six, and 20-month-old Zahra Rasoul to the bottom of the tower. 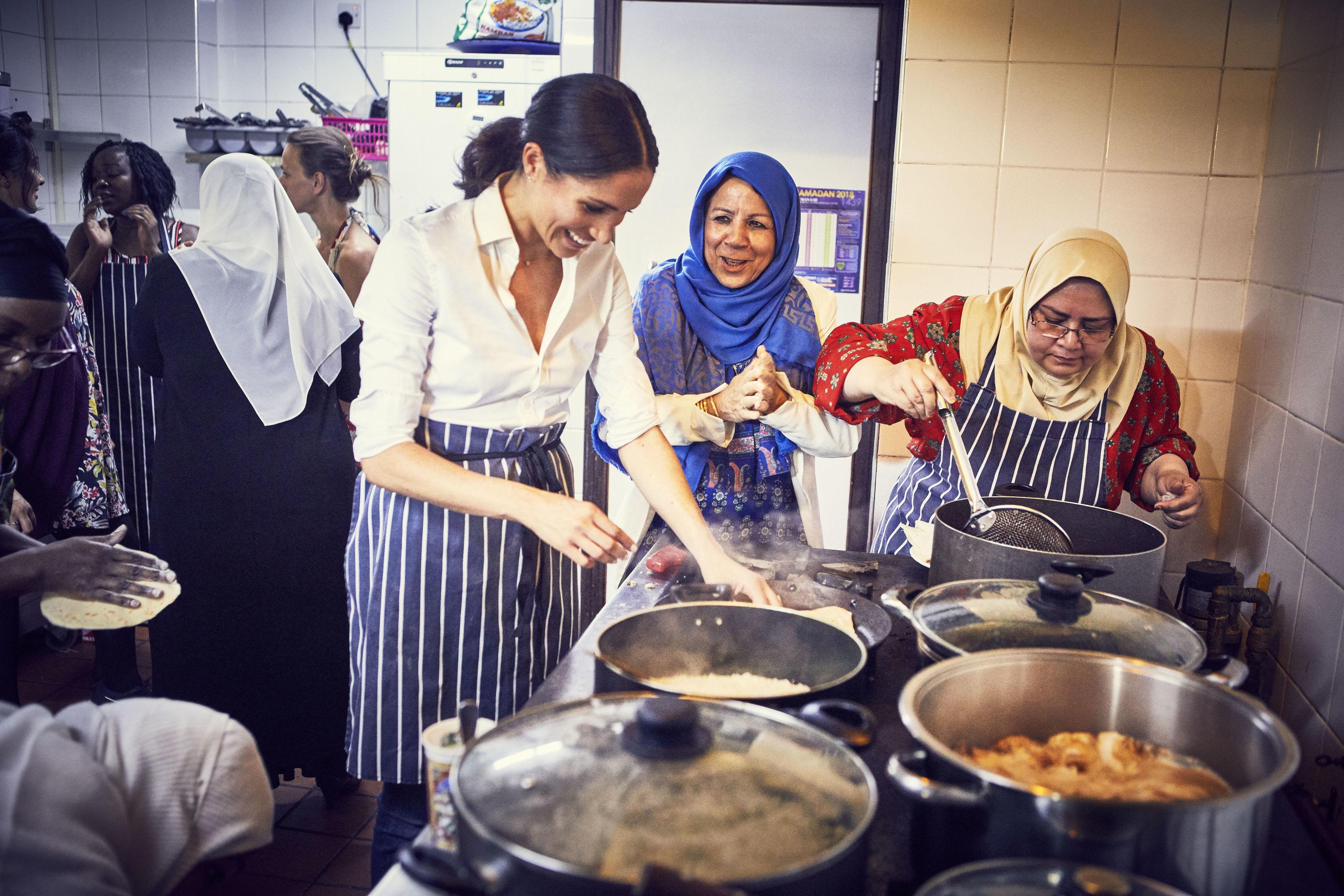 The Duchess of Sussex has been helping with a new book produced by cooks from the Hubb Community Kitchen, an initiative based near the site of the Grenfell tower in London.

The new book, "Together: Our Community Cookbook", a collection of 50 recipes from the diverse users of the communal kitchen at the Al Manaar Muslim Cultural Heritage Centre, will be used to allow the project to expand and open for up to seven days a week.

She first visited the kitchen in January and has made a number other private trips to the centre to meet volunteers and learn more about their work.

Some of the recipes are family favourites and all have been created by the cooks who support not only residents affected by the Grenfell fire but others in the community.

Meghan helped put the group in touch with a publisher and her Royal Foundation provided assistance with legal and administrative issues.

All proceeds will go back to the Hubb and the book will be available in stores this week. 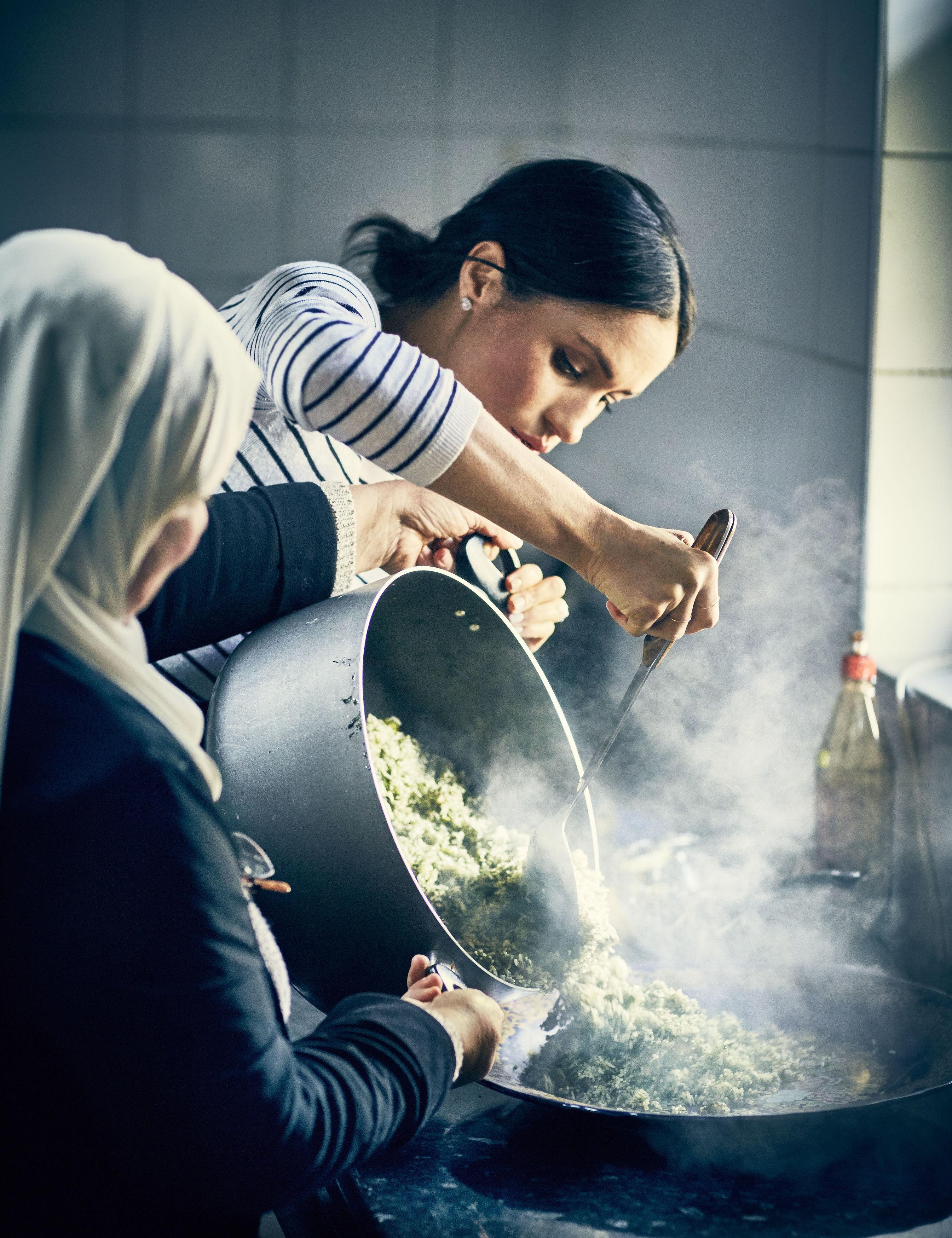 "I immediately felt connected to this community kitchen; it is a place for women to laugh, grieve, cry and cook together," Meghan, who first visited the kitchen in January and has made other private visits since, wrote in a foreword.

"Melding cultural identities under a shared roof, it creates a space to feel a sense of normalcy in its simplest form, the universal need to connect, nurture, and commune through food, through crisis or joy something we can all relate to." 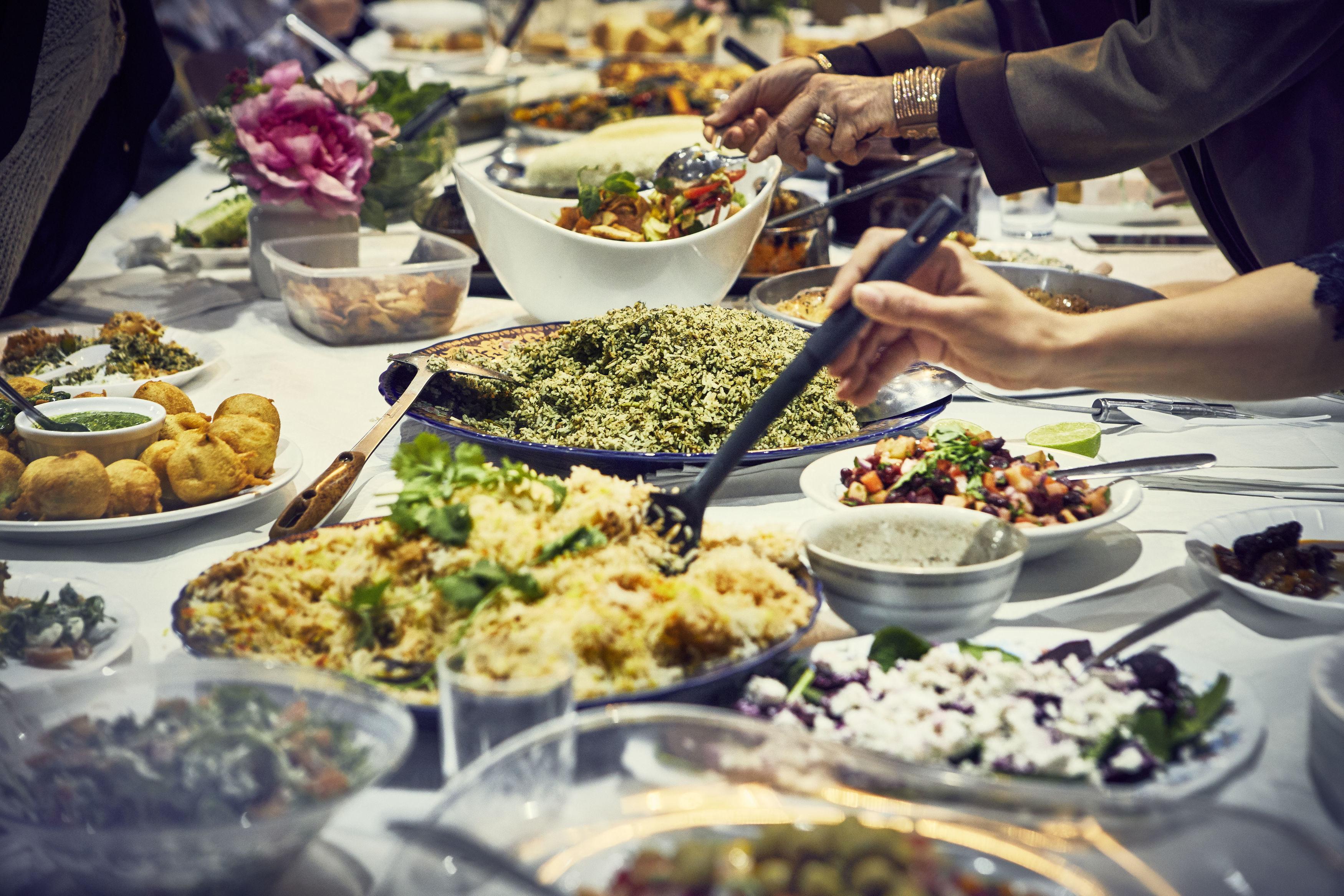 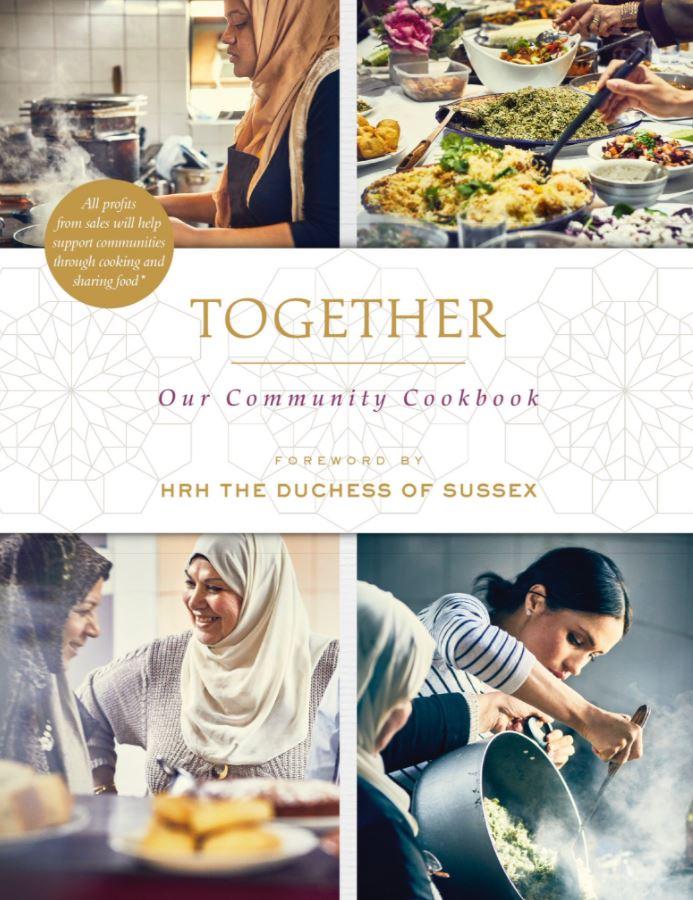 Mahmud said she and her friends had approached Al-Manaar to ask if they could use the kitchen there and the Hubb project – hubb means love in Arabic – arose out of it.

"Last summer, we were placed in a hotel and I had no kitchen to cook for my family," Mahmud wrote.

"It was very emotional for me to get in the kitchen. The moment I started cooking I was in tears. I didn't know why though. I was just excited to be back in the kitchen again.

"Word started to spread the mums from my sons school came along and they told their friends, too. Soon there were women from different cultures all cooking, swapping recipes, talking and laughing together." 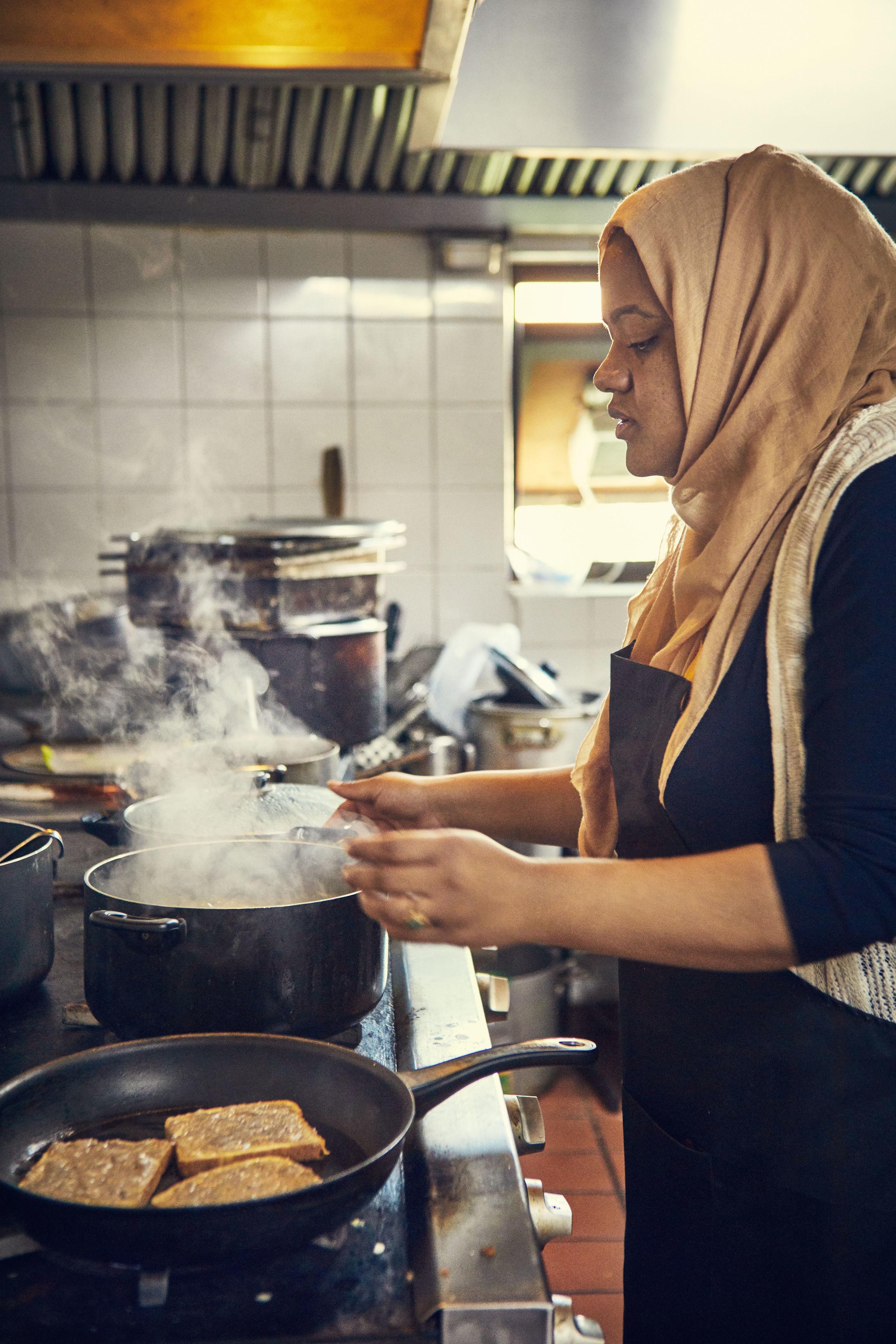 The duchess is photographed on the front of the of the book helping out and Mahmud said the royal had been happy to join in.

"She wore an apron," she wrote. "I cant believe I made her wash rice! After we said that we could only use the kitchen twice a week due to funding, she mentioned, How about sharing your recipes with other people? And that's how it happened."

The Grenfell Tower inquiry is ongoing, and last week heard evidence from a 999 operator who broke down in tears as he described hanging up the phone on a trapped group.

Peter Duddy had been on duty at the London Fire Brigade control room in Stratford, east London, when the blaze broke out at 12.54am on June 14 last year.

By 2.47am, the inferno was so out of control that all callers trapped inside the block were told to evacuate immediately. But two families of five who called from the 22nd floor did not want to attempt the journey and died that night.

Asked about his exchange with one of the trapped residents, Mr Duddy became overwhelmed by emotion.

He told a hearing at Holborn Bars: "That call has stayed with me." 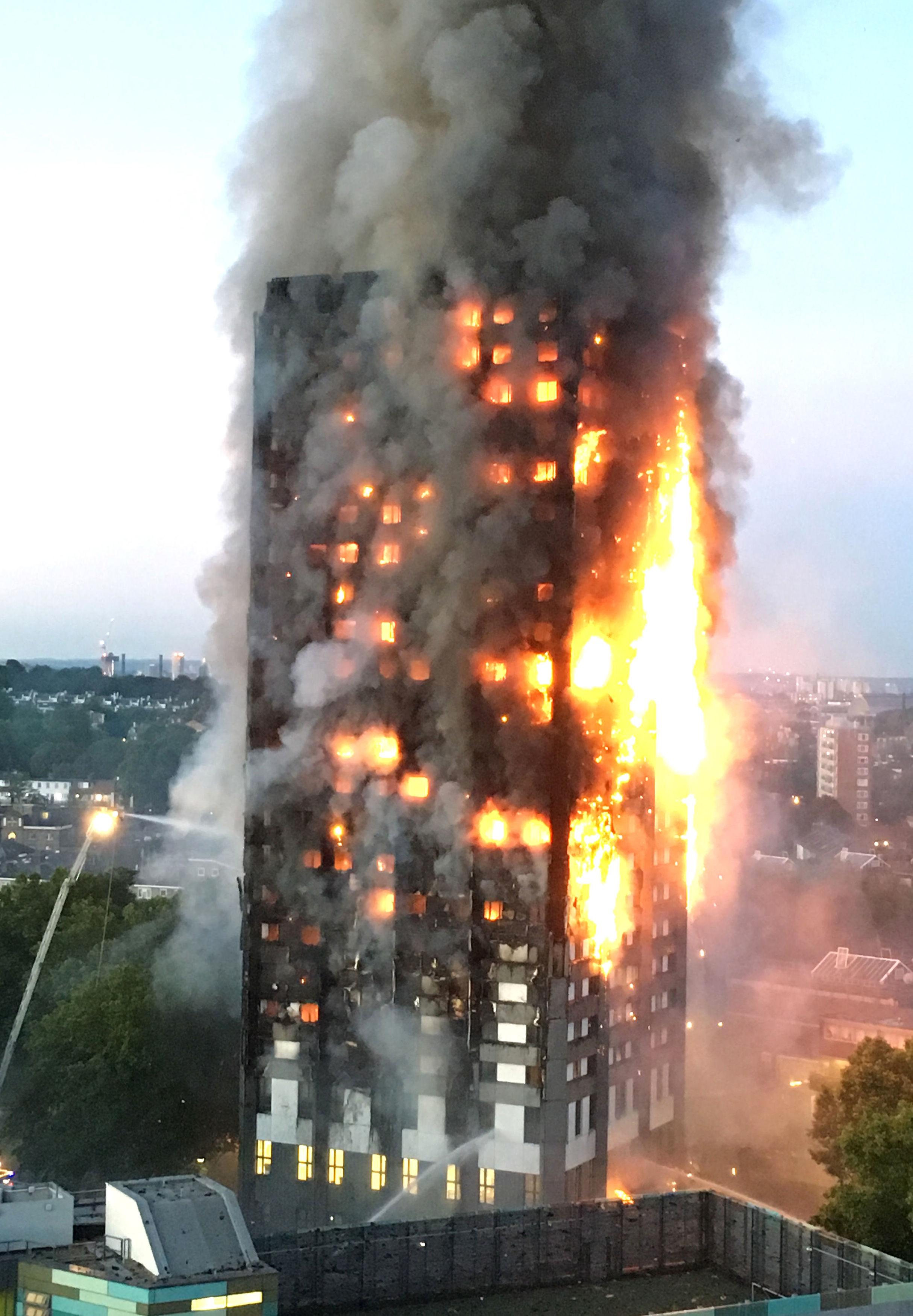 Pausing for a moment, he then continued: "Just for me, that call was the worst bit of the whole night.

"Hanging up was the worst decision I have ever made."

The operator had been forced to halt the exchange due to an enormous backlog of calls building up.