With powerful winds, Typhoon Hagibis is also expected to bring risk of landslides, floods and storm surge to Japan with it. Here are the latest satellite images, maps and path updates for Typhoon Hagibis.

At its current wind speeds, Typhoon Hagibis is the equivalent of a Category 4 major hurricane on the Atlantic Saffir-Simpson Hurricane Wind Scale.

However, Typhoon Hagibis is expected to weaken on its approach to Japan. 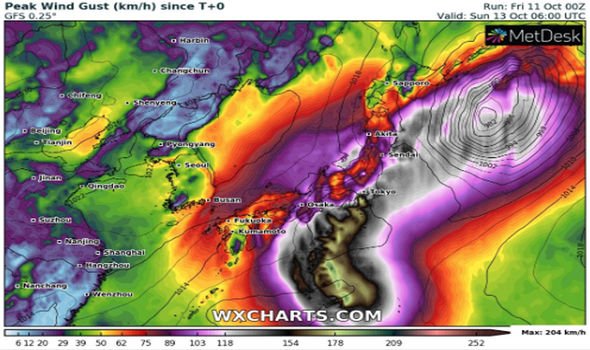 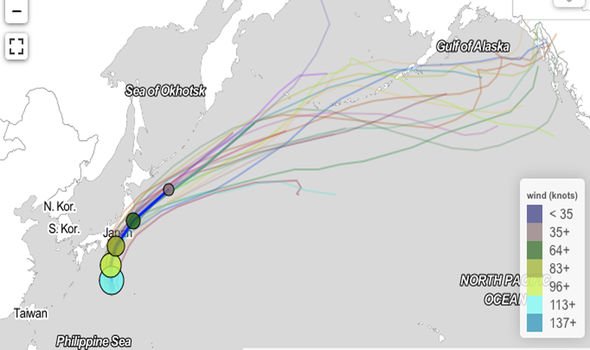 Over 24 hours, Hagibis is forecast to have wind speeds of 85 knots, approximately 97mph.

Typhoon Hagibis is currently located about 406 nautical miles, or about 467 miles, away from south-southwest of Yokosuka, Japan.

Over the past six hours, the JTWC said Hagibis had been tracking in a north-northwestward direction at a speed of 15 knots, or approximately 17mph.

Areas across eastern, western and northern Japan will be affected by strong winds and torrential rain – with a risk of floods and landslides. 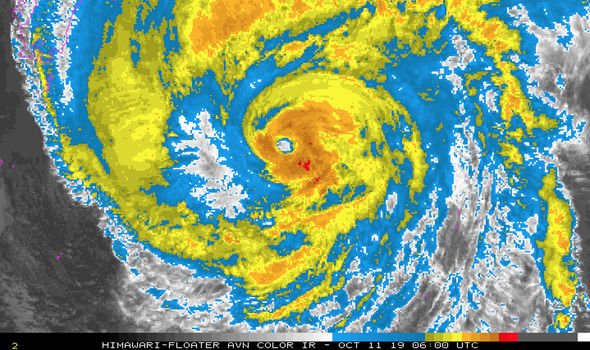 The JTWC is currently warning of maximum significant wave heights of 46 feet.

The Japan Times reported today more than 900 flights have been cancelled in anticipation of Hagibis’ arrival to Japan.

The US National Oceanic and Atmospheric Administration (NOAA) warned in a recent report that Super Typhoon Hagibis is a “monstrous storm”.

The NOAA said yesterday “Japan is bracing for a possible hit from Super Typhoon Hagibis” as the storm “continues tracking north-northwestward.”

A match scheduled between England and France, which was set to take place in Yokohama, has been cancelled. 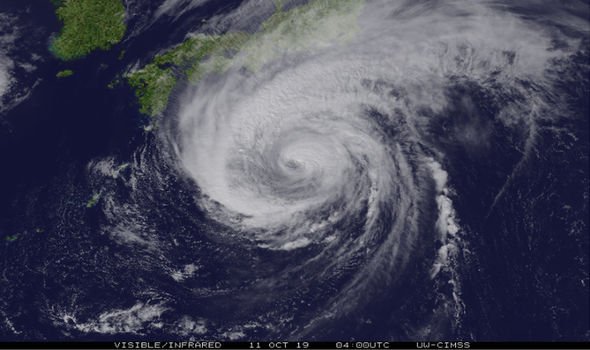 Another match, New Zealand and Italy, was set to take place in Toyota City, but it has now been cancelled.

The cancellations are the first to have occured for the competition, which has ran for 32 years.

The JMA also issues updates and weather warnings on their website.