Typhoon Mitag has maximum sustained wind speeds of 133km/h according to the latest update, and is moving at a speed of 24km/h in a north-northwestward direction.

The Korea Times reported that Typhoon Mitag is expected to hit the Korean Peninsula on Thursday, potentially bringing up to 600mm of heavy rain with it. 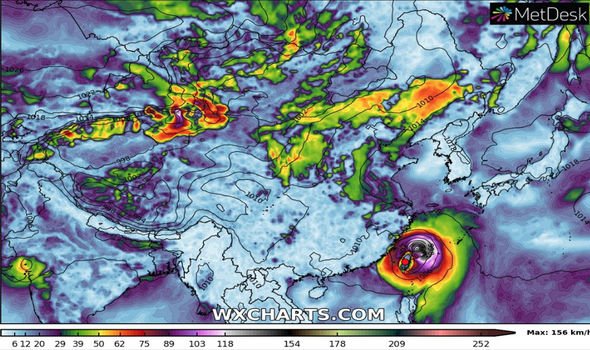 A number of regions have experienced accumulated rainfall above 80mm in the last 24 hours (0.10am to 0.10am from September 30, to October 1, local time). 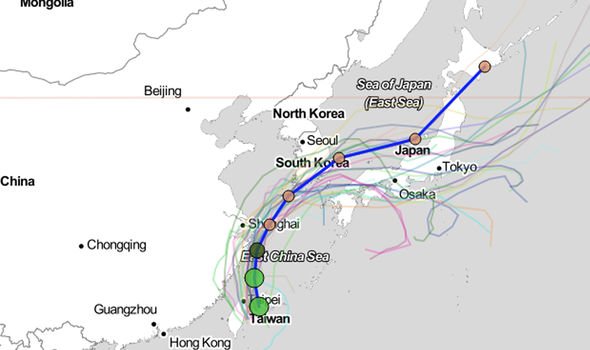 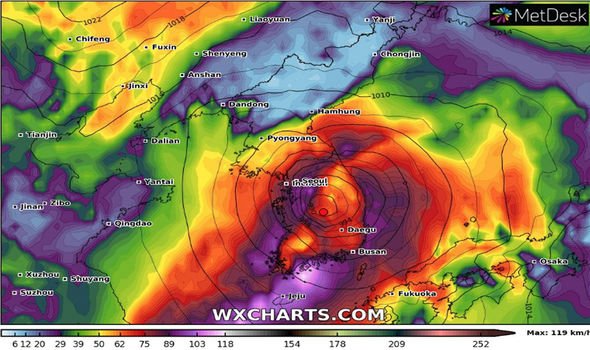 According to Taiwan News reports, the Central Weather Bureau (CWB) predicted Taiwan would feel the most intense effects of Typhoon Mitag tonight (September 30, between 6pm and midnight local time).

Typhoon Mitag strengthened as it approached Taiwan yesterday, bringing a flurry of powerful winds and heavy rainfall with it.

The Ministry of National Defense set up a disaster response centre on Sunday night in response to Typhoon Mitag’s approach. 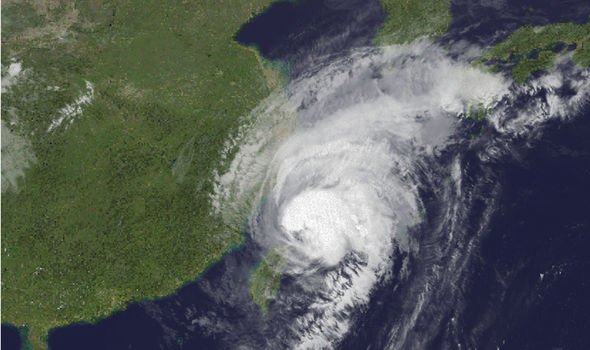 More than 34,000 soldiers were placed on standby in preparation for the typhoon’s arrival.

The two areas were expected to be hit hard by the extreme weather.