DEIR AL-ZOR PROVINCE, Syria (Reuters) – U.S.-backed forces launched an attack on Friday to evict Islamic State from its last territorial bastion and seal four years of international efforts to roll back a “caliphate” that redrew the map of the Middle East.

While the fall of Baghouz, an eastern Syrian village on the bank of the Euphrates River, would mark a milestone in the campaign against the jihadists, they are still a threat, using guerrilla tactics and holding some desolate land further west.

Islamic State (IS) followers and fighters fell back to Baghouz as the group was gradually pushed out of its territory, including its twin capitals of Mosul and Raqqa, in 2017.

Thousands of them have poured out of the enclave over the last few weeks, an evacuation that held up the final assault.

The U.S.-backed Syrian Democratic Forces (SDF) removed the last batch of non-combatants and then moved in at 6 p.m. (1600 GMT), said Mustafa Bali, head of the SDF media office.

“Nothing remains in Baghouz except for terrorists. The battle … will not end until the elimination of Daesh and the liberation of the village,” he told Reuters, using an Arabic acronym for IS.

“We expect a fierce and heavy battle,” he said, adding that initial fighting involved heavy weapons.

The SDF has previously said many of the jihadists left in Baghouz are foreign fighters who traveled from around the world to join IS after its leader declared a modern-day caliphate in 2014 over large swathes of Syria and neighboring Iraq. 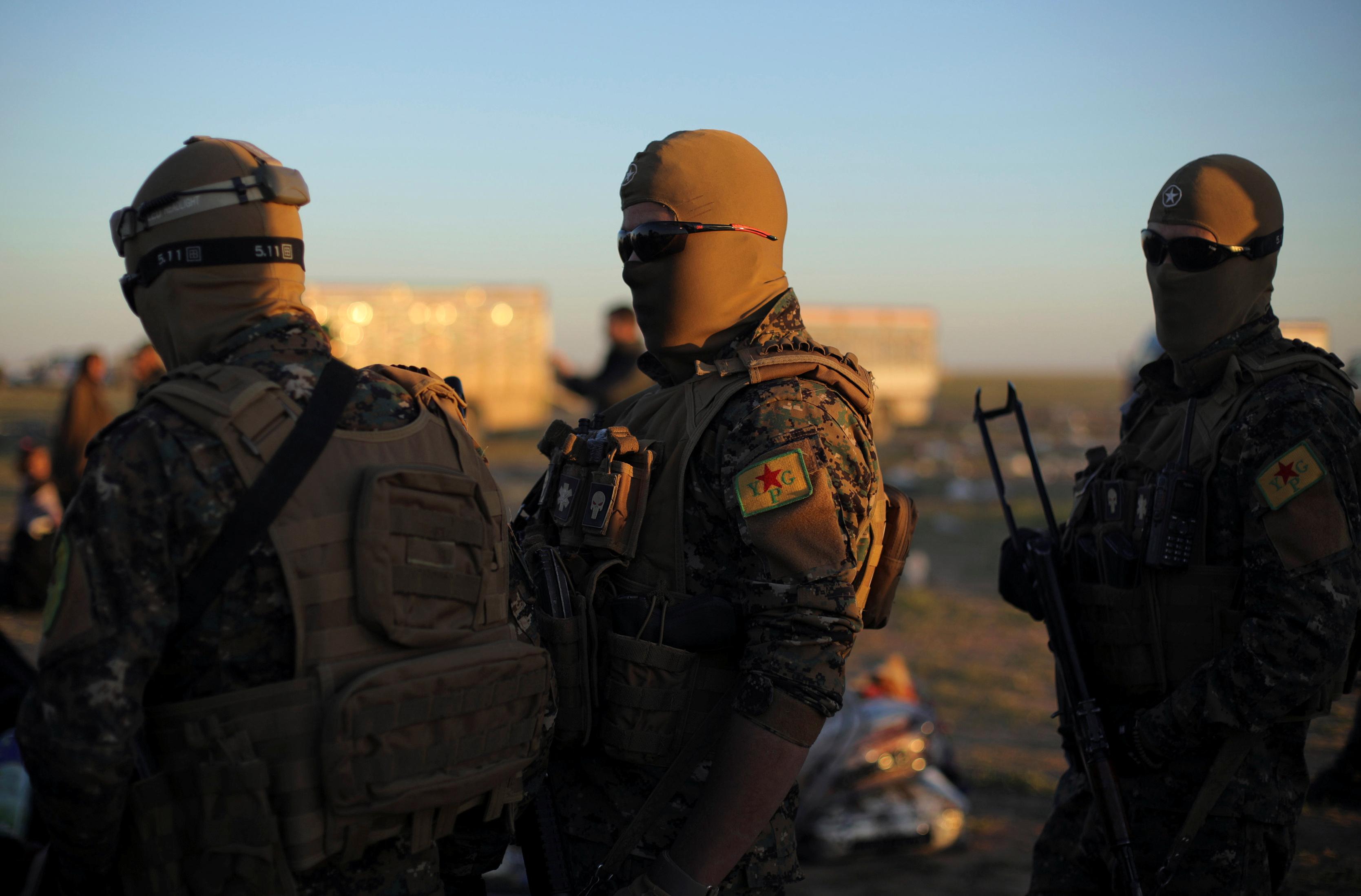 The village was the last populated territory held by the jihadists, who have been steadily driven by an array of enemies from land they once held which at its height was about the size of Britain, by one estimate.

The SDF commander-in-chief said on Thursday that his force would declare victory within a week. He was later contradicted by U.S. President Donald Trump, who said the SDF had retaken 100 percent of the territory once held by IS.

Bali said the final batch of civilians had been evacuated from Baghouz on Friday ahead of renewed military activity.

Several hundred people trickled out of the tiny cluster of hamlets and farmland. The majority were women and children, who were searched in the open and separated from the men, who were taken for interrogation.

They bore various nationalities including Russian, Indonesian and Azerbaijani. One woman told Reuters that IS militants still inside Baghouz had dug in and were ready to fight to the death.

Some 40,000 people have crossed out of the jihadists’ diminishing territory in the last three months as the SDF sought to drive the militants from remaining pockets.

The number of evacuees pouring out of Baghouz has surpassed initial estimates of how many were inside. An SDF commander told Reuters on Thursday that many of the people leaving the enclave had been sheltering underground in caves and tunnels.

The United Nations said at least 84 people, two-thirds of them children, had died since December on their way to a camp in northeastern Syria where thousands of people have been taken after leaving the shrinking Islamic State area.

A spokesman for the U.S.-led international coalition that supports the SDF said the Kurdish-led Syrian group had adopted a “slow and deliberate” approach to Baghouz. 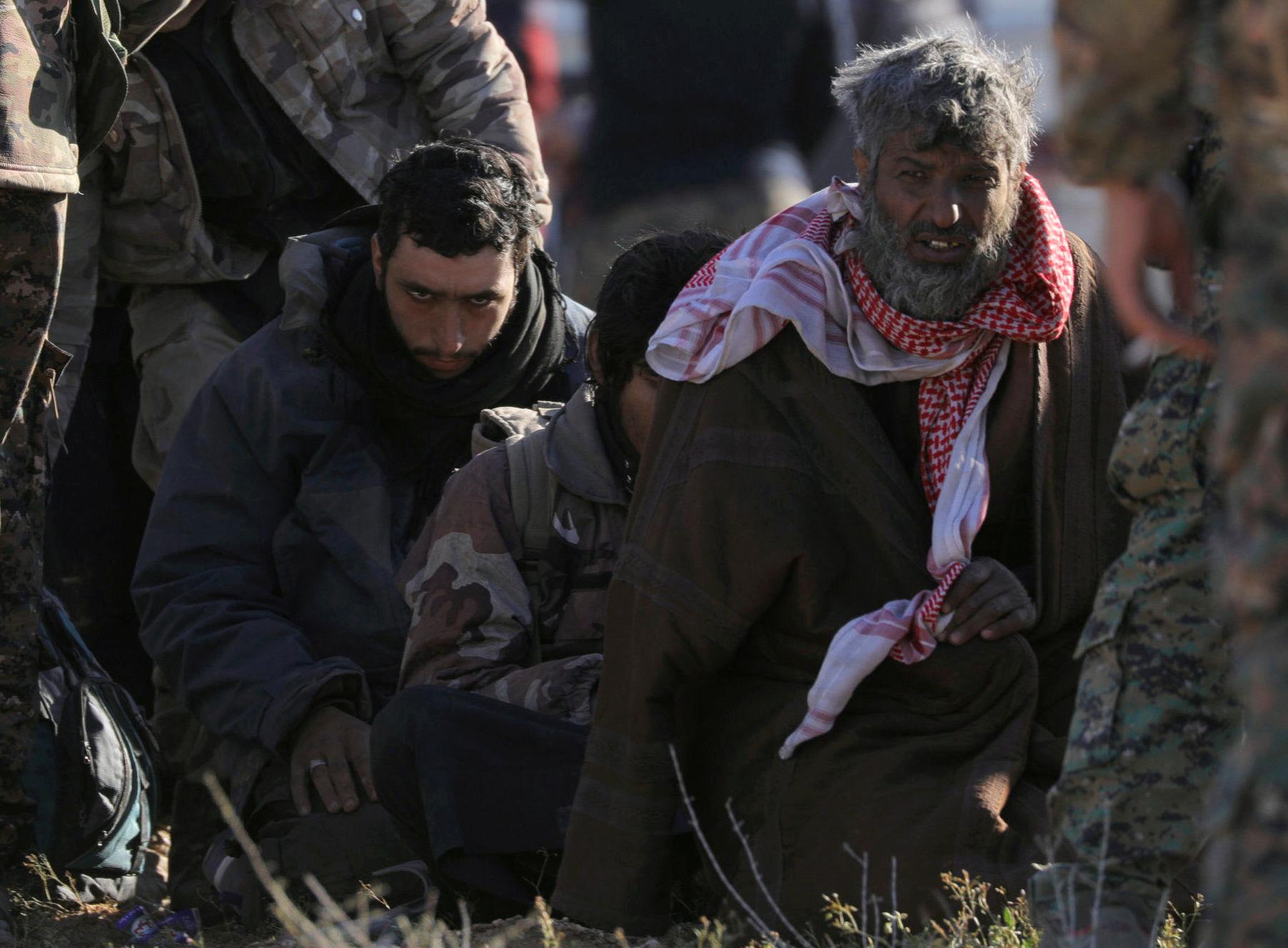 The coalition said late on Thursday it had killed veteran French jihadist Fabien Clain, who voiced a recording claiming responsibility for the November 2015 attacks on Paris, in a strike in Baghouz. It did not say when he had been killed.

The United States has about 2,000 troops in Syria mainly to support the SDF in fighting against Islamic State.

Trump announced in December he would withdraw all of them because Islamic State had already been defeated, a decision that shocked allies and top aides and prompted Defence Secretary Jim Mattis to quit. Earlier this month, the White House partially reversed itself and said around 400 U.S. troops would stay.