SEOUL (Reuters) – The U.S. special envoy for North Korea will arrive in South Korea on Sunday ahead of a year-end deadline set by Pyongyang for Washington to soften its approach to stalled denuclearization talks, Seoul said on Friday. 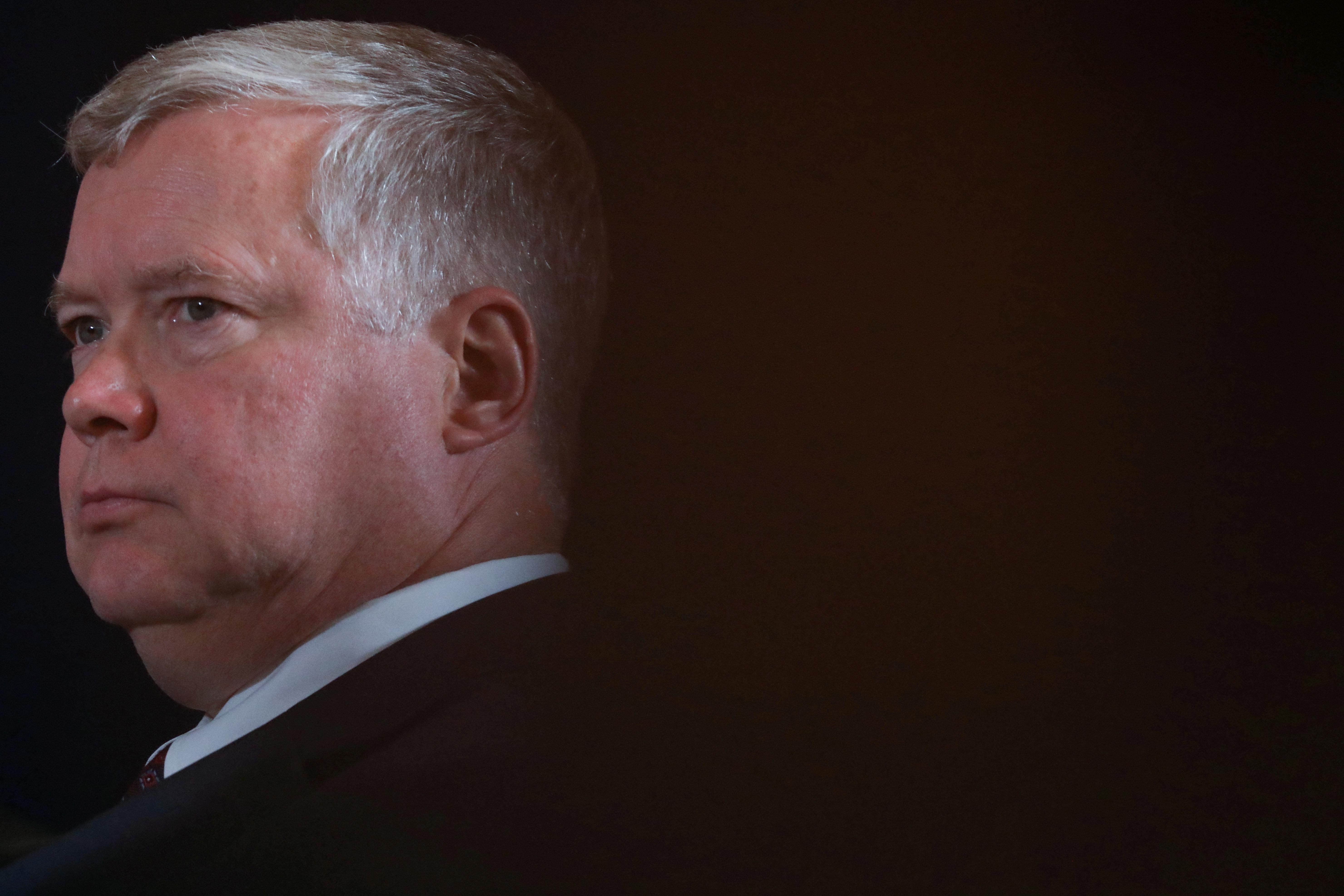 Stephen Biegun will be in Seoul for a three-day stay and hold consultations with his counterpart Lee Do-hoon and other officials, South Korea’s foreign ministry said on Friday.

“The two sides will exchange extensive views on the recent situation on the Korean peninsula and discuss ways to bring substantial progress on achieving a complete denuclearization and enduring peace,” the ministry said in a statement.

Tension has been rising in recent weeks as Pyongyang has conducted a series of weapons tests and waged a war of words with U.S. President Donald Trump, stoking fears the two countries could return to a collision course that they had been on before launching diplomacy last year.

Biegun’s trip sparked speculation he might try to salvage negotiations by reaching out to North Korea, or by publicly sending a message.

North Korea has vowed to take an unspecified “new path” if the United States fails to address its demands before the end of the year.

On Thursday, it said Washington had “nothing to offer” even if talks were to reopen, and the United States warned against any resumption of “unfortunate ill-advised behavior”.

“In any case, Biegun would try to give an impression that they won’t be manipulated by the North Koreans, while making clear that they want to keep talking,” a diplomatic source in Seoul said, requesting anonymity due to the sensitivity of the matter.

North Korean leader Kim Jong Un and Trump met three times since last year to negotiate an end to North Korea’s nuclear and missile programs, but there has been scant progress, with working-level talks led by Biegun in October in Stockholm breaking down.

U.S. officials came to that meeting seeking a “complete, verifiable and irreversible denuclearization,” and a moratorium on weapons tests as a first step, while a North Korean negotiator accused them of sticking to their “old viewpoint and attitude.”