Potentially stepping up international pressure on Tehran, U.S. officials said they believed a Ukrainian passenger plane that crashed in Iran was brought down accidentally by Iranian air defenses hours after Iran launched its missiles attacks.

Iran denied the reports of missiles downing the plane.

Concern that the war-scarred Middle East was primed for a wider conflict eased after Trump refrained from ordering more military action and Iran’s foreign minister said the missile strikes on Iraqi bases that house U.S. forces had “concluded” Tehran’s response.

But each side’s next move was uncertain. Iranian generals resumed their habitual barrage of warnings to Washington and Trump said new sanctions had been imposed, as his Democratic rivals criticized his handling of the crisis.

Iran fired missiles on Wednesday at bases in Iraq where U.S. troops were stationed in retaliation for the killing in a U.S. drone attack of prominent Iranian general Qassem Soleimani in Baghdad on Jan. 3.

Trump said no U.S. troops had been harmed in the strikes and Iran “appears to be standing down,” adding that Washington did not want to use its “great military.”

The tit-for-tat actions followed months of tension that has increased since Trump pulled the United States out of Iran’s nuclear pact with world powers in 2018 and reimposed sanctions that have driven down Tehran’s vital oil exports.

Trump said it was time for world powers to replace the 2015 nuclear pact with a new deal so Iran could “thrive and prosper”.

Trump said on Thursday he had approved new sanctions. “They were very severe, but now it’s increased substantially,” he said.

The president also said he had suspicions about the reasons for the Ukrainian Boeing 737 plane crash. “Somebody could have made a mistake,” he said.

The head of Iran’s civil aviation, Ali Abedzadeh, said: “It is impossible that a missile hit the Ukrainian plane.”

Responding to Trump’s call for a new nuclear deal, Iran’s U.N. ambassador Majid Takht Ravanchi said Tehran could not trust any idea of dialogue when faced with the “economic terrorism” of sanctions, Iranian media reported. 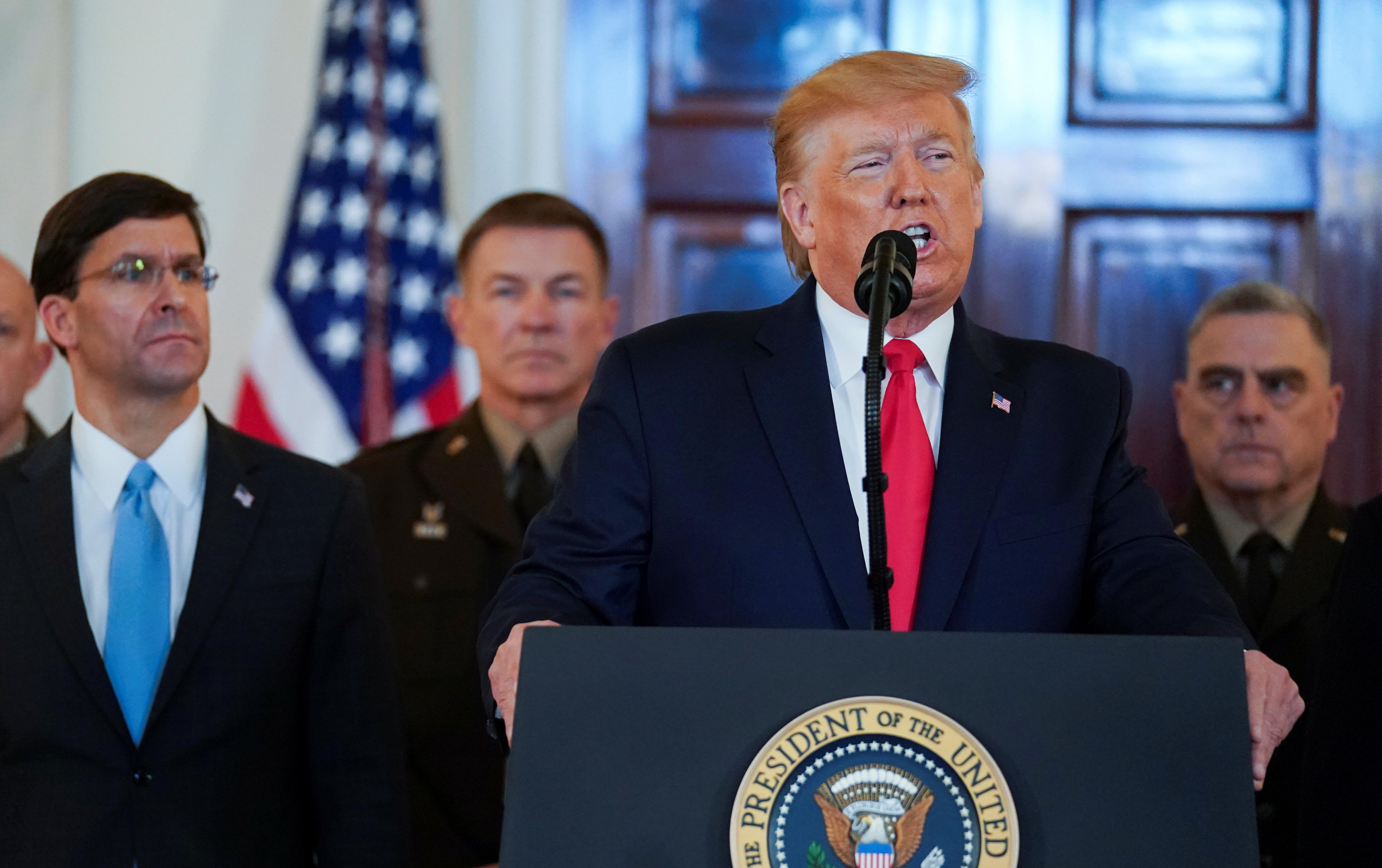 Iran’s powerful Revolutionary Guards also issued new threats to Washington, with one senior commander warning of “harsher revenge soon” and another saying Wednesday’s missile strikes were only the start of a series of attacks across the region.

Brigadier General Esmail Ghaani, the new head of the Quds Force, which runs Iran’s foreign military operations, said he would follow the course pursued by his slain predecessor Soleimani.

Soleimani carved out a sphere of Iranian influence running through Syria, Lebanon, Iraq and Yemen, challenging regional rival Saudi Arabia as well as the United States and Israel.

Soleimani was a national hero whose funeral drew vast crowds of mourners. The West saw him as a dangerous and ruthless enemy.

The military comments contrasted with Wednesday’s remarks by Iranian Foreign Minister Javad Zarif, who said Tehran did not want an escalation.

Analysts say that in an election year, Trump wants to avoid getting into a drawn-out conflict. In turn, Iran will try to avert direct confrontation with superior U.S. forces but can call on proxy militias across the region as U.S. sanctions bite.

He said there might be a chance for a negotiated solution to the latest standoff as “the Trump administration does not appear to actively pursue a war and Iran needs sanctions relief”. 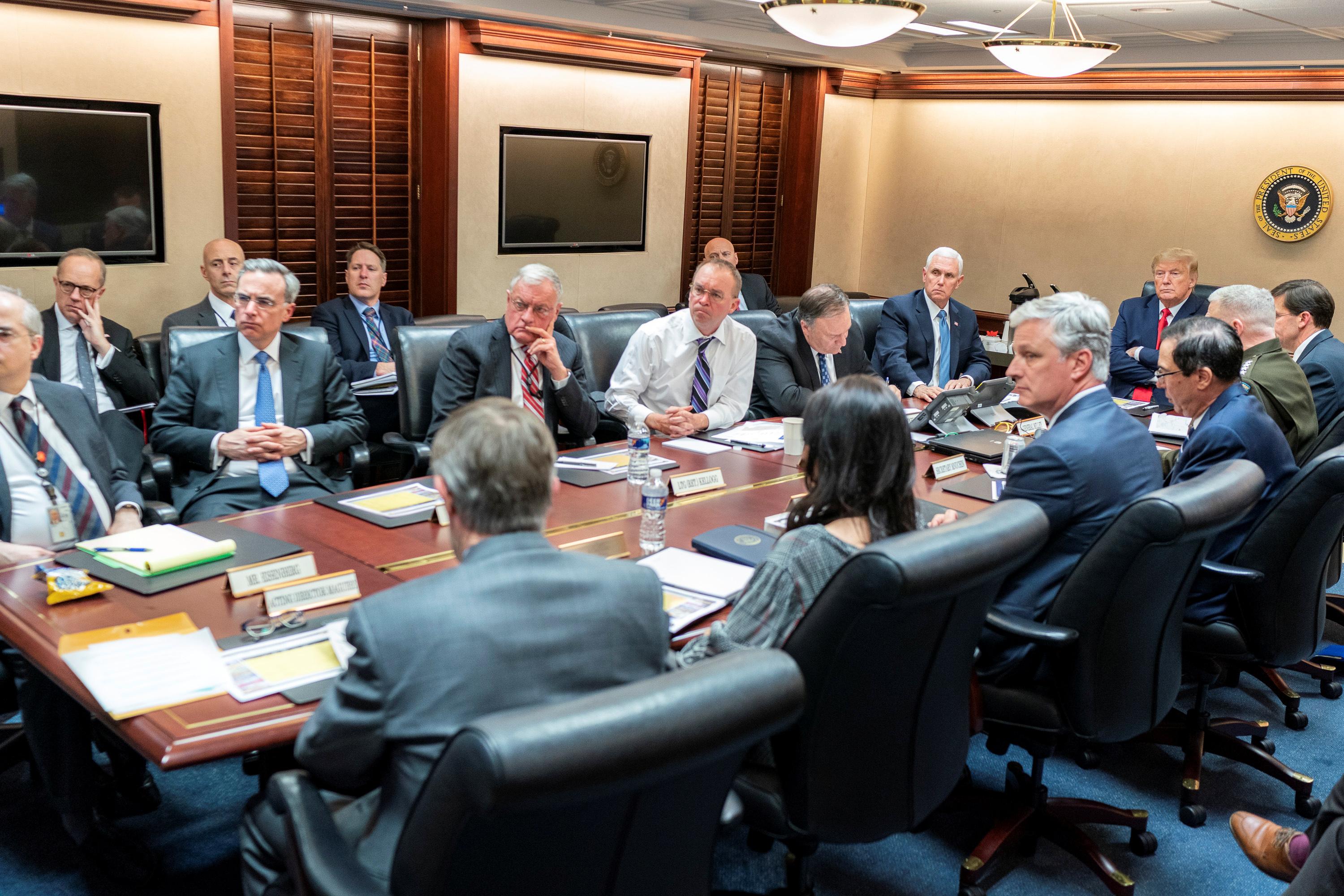 Trump has often criticized his predecessors for involving the United States in long and costly foreign wars.

Washington said it had indications Tehran was telling its allies to refrain from new action against U.S. troops.

U.S. and European government sources said they believed Iran had deliberately sought to avoid U.S. military casualties in its missile strikes to prevent an escalation.