BEIJING/MOSCOW (Reuters) – The United States will stop complying with a landmark nuclear pact with Russia as soon as this weekend after last-ditch talks with Moscow to save it fell flat, a senior U.S. arms control official said on Thursday.

Washington has long accused Russia of flouting the 1987 Intermediate-range Nuclear Forces Treaty (INF), alleging that a new Russian missile, the Novator 9M729, called the SSC-8 by NATO, violates the pact, which bans either side from stationing short- and intermediate-range, land-based missiles in Europe.

Russia denies that, saying the missile’s range puts it outside the treaty, and has accused the United States of inventing a false pretext to exit a treaty Washington wants to leave anyway so as to develop new missiles. It has also rejected a U.S. demand to destroy the new missile.

U.S. Under Secretary of State for Arms Control and International Security Andrea Thompson on Thursday held last-ditch talks with Russian Deputy Foreign Minister Sergei Ryabkov in Beijing ahead of the expiration of a U.S. 60-day deadline for Moscow to come back into compliance with the treaty.

Thompson and Ryabkov, who met on the sidelines of a P5 meeting of nuclear powers, said afterwards that the two countries had failed to bridge their differences.

In an interview, Thompson said she expected Washington to now stop complying with the treaty as soon as this weekend, a move she said would allow the U.S. military to immediately begin developing its own longer-range missiles if it chose to do so, raising the prospect they could be deployed in Europe.

“We’ll be able to do that (suspend our treaty obligations) on Feb. 2,” Thompson told Reuters. “We’ll have an announcement made, follow all the steps that need to be taken on the treaty to suspend our obligations with the intent to withdraw.”

The formal withdrawal process, once announced, takes six months. Stopping compliance with the treaty would untie the U.S. military’s hands, she said.

“We are then also able to conduct the R&D and work on the systems we haven’t been able to use because we’ve been in compliance with the treaty,” said Thompson. “Come February 2, this weekend, if DoD (the U.S. Department of Defense) chooses to do that, they’ll be able to do that.”

Washington remained open to further talks with Moscow about the treaty regardless, she added. 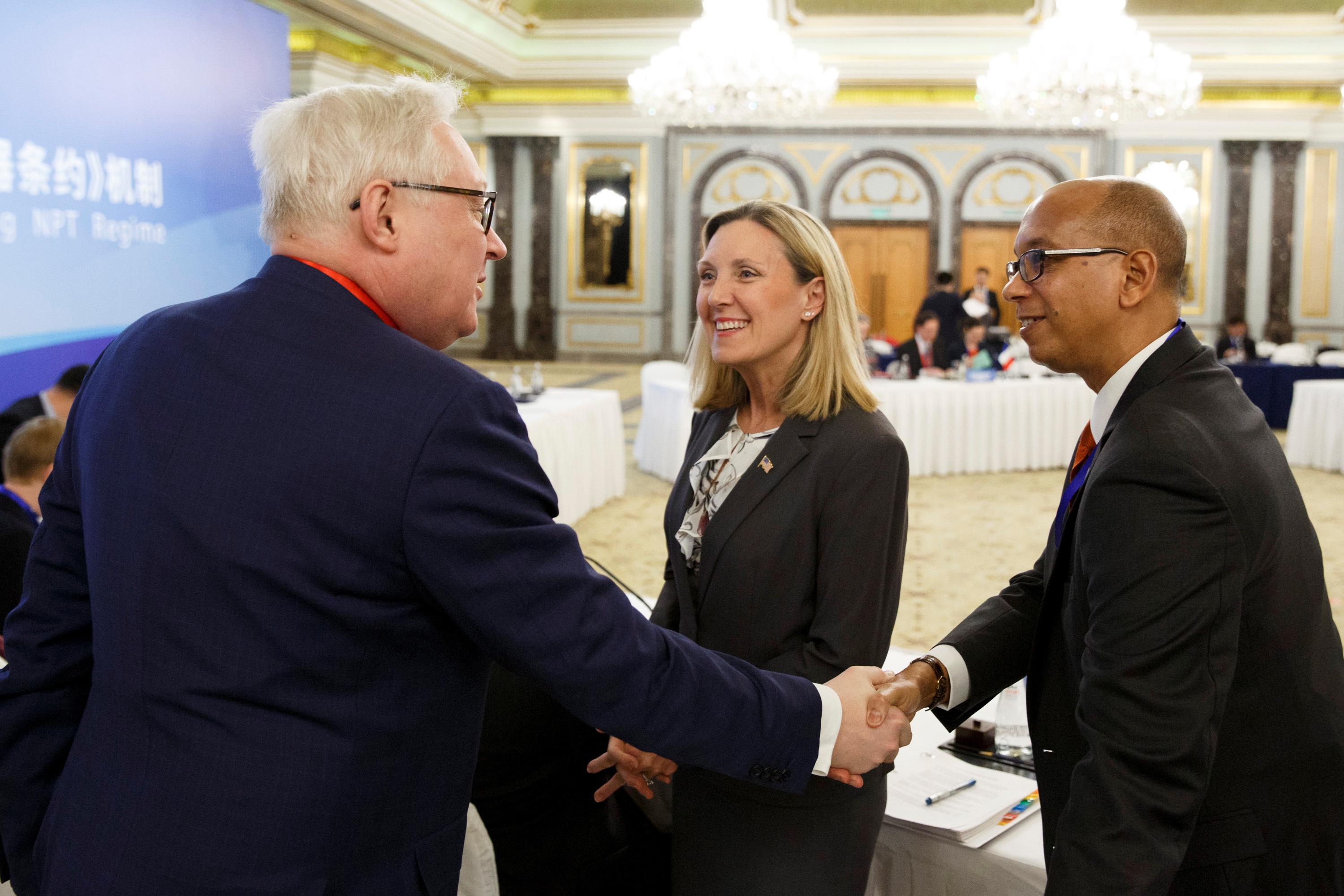 Ryabkov said Moscow would continue working to try to reach agreement despite the failure of the talks, but accused Washington of ignoring Russian complaints about U.S. missiles and of adopting what he called a destructive position.

“The United States imposed a 60-day period during which we had to fulfill their ultimatum,” the Sputnik news agency cited Ryabkov as saying after talks with Thompson.

“I conclude that the United States was not expecting any decision and all this was a game made to cover their domestic decision to withdraw from the INF Treaty.”