BOGOTA (Reuters) – The United States will continue to use all economic and political tools at its disposal to hold Venezuelan President Nicolas Maduro accountable for a worsening crisis in his country, U.S. Secretary of State Mike Pompeo said on Sunday. 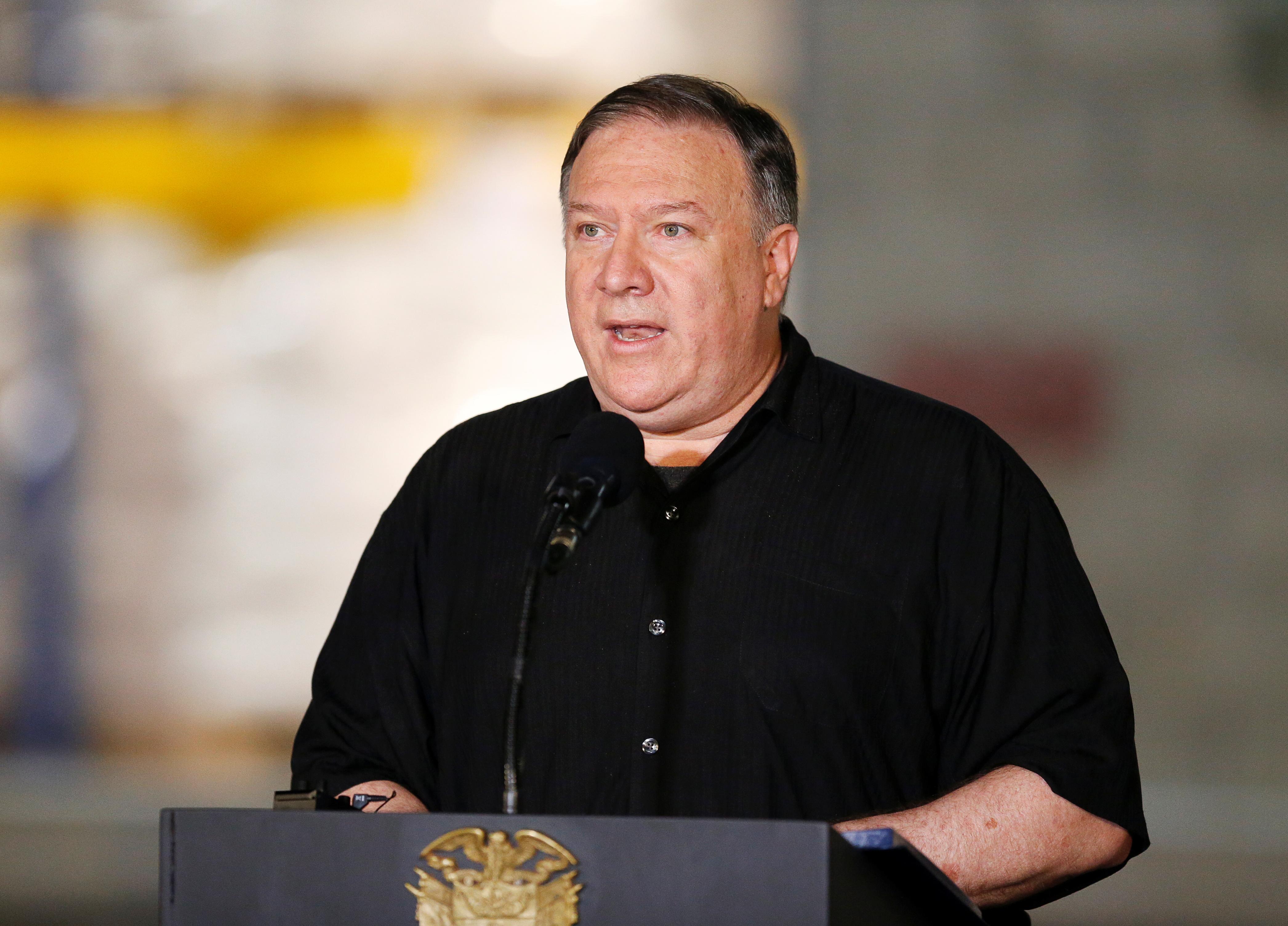 Pompeo made the comments in the Colombian border city of Cucuta, the final stop of a three-day trip to Chile, Paraguay and Peru, a clutch of fast-growing countries in a region where Washington’s concerns are focused on the Venezuelan crisis and China’s growing presence.

Maduro blames U.S. sanctions for the country’s economic problems and dismisses opposition leader Juan Guaido – who in January invoked the constitution to assume an interim presidency, arguing Maduro’s 2018 re-election was illegitimate – as a U.S. puppet.

“The United States will continue to utilize every economic and political means at our disposal to help the Venezuelan people,” Pompeo said after visiting with migrants at a Cucuta shelter and touring border bridges and a warehouse storing humanitarian aid.

“Using sanctions, visa revocations and other means, we pledge to hold the regime and those propping it up accountable for their corruption and their repression of democracy.”

Cucuta receives a significant portion of Venezuelan migrants arriving in Colombia, many of whom come with only what they can carry.

Though most Western nations have recognized Guaido as head of state, Russia, China and Cuba have stood by Maduro.

Washington has imposed a raft of sanctions against Maduro’s government in an attempt to dislodge him from power. On Friday, it added four firms and nine ships to its blacklist.

Critics have warned that heavy sanctions could hurt ordinary Venezuelans.

Pompeo urged Maduro to leave his post and Venezuela so the country can return to normalcy.

During his trip Pompeo has mirrored previous U.S. criticism of China’s growing presence in Latin America, warning of “predatory” lending practices and “malign or nefarious” actions.

China, whose booming economy over the past two decades has driven up demand for raw materials, is already the top trade partner for nations from tiny Uruguay to Brazil, Latin America’s largest economy and the world’s top soybean exporter.