The removal of expenses-fiddling member of parliament leaves minority Conservative government with even less authority. 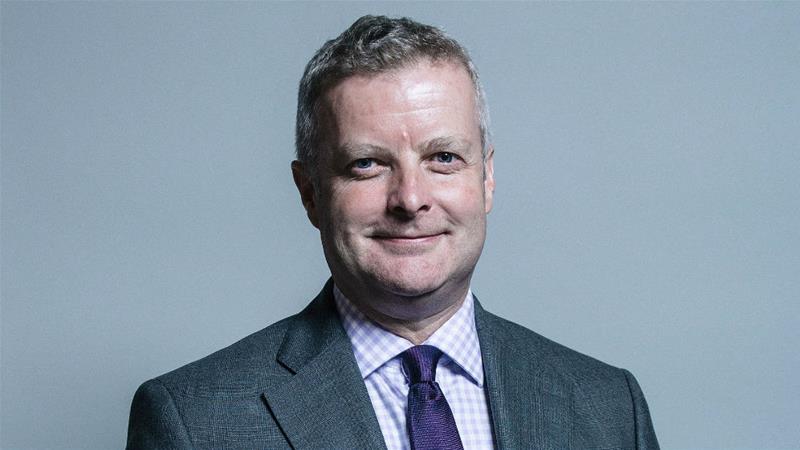 Conservative MP Chris Davies has lost his seat in Britain’s House of Commons after voters in his constituency backed a petition to remove him.

The move sparked a by-election to choose the new member of parliament for Brecon and Radnorshire, which could potentially stretch the Conservative Party’s paper-thin ability to govern even further.

The vote will likely be held in the last week of July or the first week of August, with much of the campaign taking place while the election to pick the next leader of the party – and, by default, the new prime minister of the country – rages on.

Earlier this month, Prime Minister Theresa May formally stepped down as party leader after her authority to govern collapsed following several failed attempts to win Parliament’s approval for a negotiated deal to leave the European Union, or Brexit.

Davis, a 51-year-old Eurosceptic MP, was convicted in April of faking expense claims after submitting two false invoices for landscape photographs to decorate his new office.

The petition was signed by 10,005 people, or 19 percent of registered voters, well above the 10 percent requirement.

Davies could stand for re-election if selected as a candidate by his local branch of the Conservative Party.

He has been the area’s MP since 2015 when he beat incumbent Liberal Democrat Roger Williams with the constituency’s largest majority since 1983. In the 2017 snap election, he grew that majority to more than 8,000, in a constituency where just over 41,000 people voted.

The judge in the case said the MP had been trying to “pull the wool over the eyes of his constituents” to stop them finding out he had spent 709 pounds ($898) on photos. Rather than simply – and legitimately – claim the money had been spent, Davies submitted bogus claims for smaller amounts split between two budgets, Wales Online reported.

He made no money from his fake claims, but the judge ruled he had attempted to stop voters seeing “what you had actually spent your expenses budget on”.

The only other successful recall petition saw Labour MP Fiona Onasanya kicked out of office after she was jailed over a speeding offence. The subsequent by-election in Peterborough last month was hard fought, with mainstream parties vying to stop the recently-formed Brexit Party from winning its first seat in parliament.

In the 2017 election, the Conservatives won 317 of the 650 seats in the House of Commons, eight short of being able to command a majority. Following a promised one billion pound ($1.3bn) investment in Northern Ireland, the Conservatives secured the support of the region’s Democratic Unionist Party (DUP), a right-wing anti-abortion rights, anti-same-sex marriage party that had been involved in setting up paramilitary groups in the 1980s. The DUP’s 10 MPs secured Prime Minister Theresa May’s authority in parliament, though its fragility is ultimately what led to her resignation last month.

After three MPs left the Conservatives to join the start-up Change UK party, and with Davies now gone, the Tories are left with 313 seats.

The main opposition Labour party has 247 seats, but it has frequently ruled out forming a coalition with either the Scottish National Party, which has 35 seats, or the Liberal Democrats who hold 12 seats.

Pollsters Britain Elects maintain that the Conservatives have a 30.9 percent chance of holding on to the Brecon seat in the forthcoming by-election.

Plaid Cymru, which won just three percent of the Welsh constituency’s vote in 2017, has hinted it would be willing to work with other anti-Brexit parties – such as the Liberal Democrats, which scored nearly 30 percent of the 2017 vote – to defeat the Conservatives and Labour. The Conservatives won the seat with 48 percent of voters backing them.

But the Brexit Party has been a rebellious force, and Conservatives are worried right-wing voters will be tempted by the allure of the Europe-bashing populism of its leader, Nigel Farage. In the Peterborough by-election last month, the Brexit Party – which was then not yet two months old – secured 28 percent of the vote, only two percent behind the Labour winner. The Conservatives could only manage a third-place finish with 21 percent.

Brecon lies within the county of Powys, which voted 54 percent in favour of leaving the European Union in 2016.