Another 820 infections were also confirmed, bringing the total number of positive cases in the UK to 288,953. 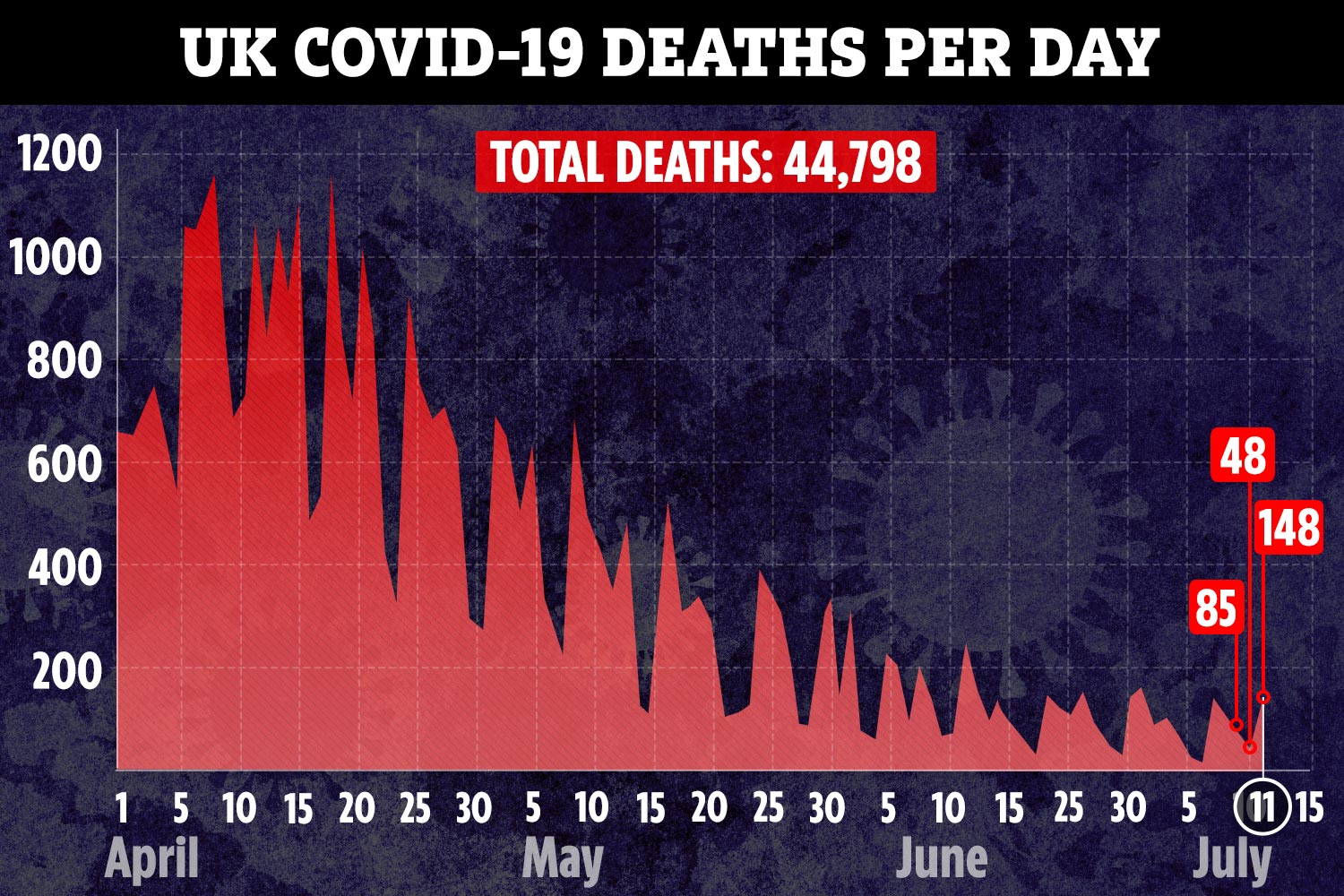 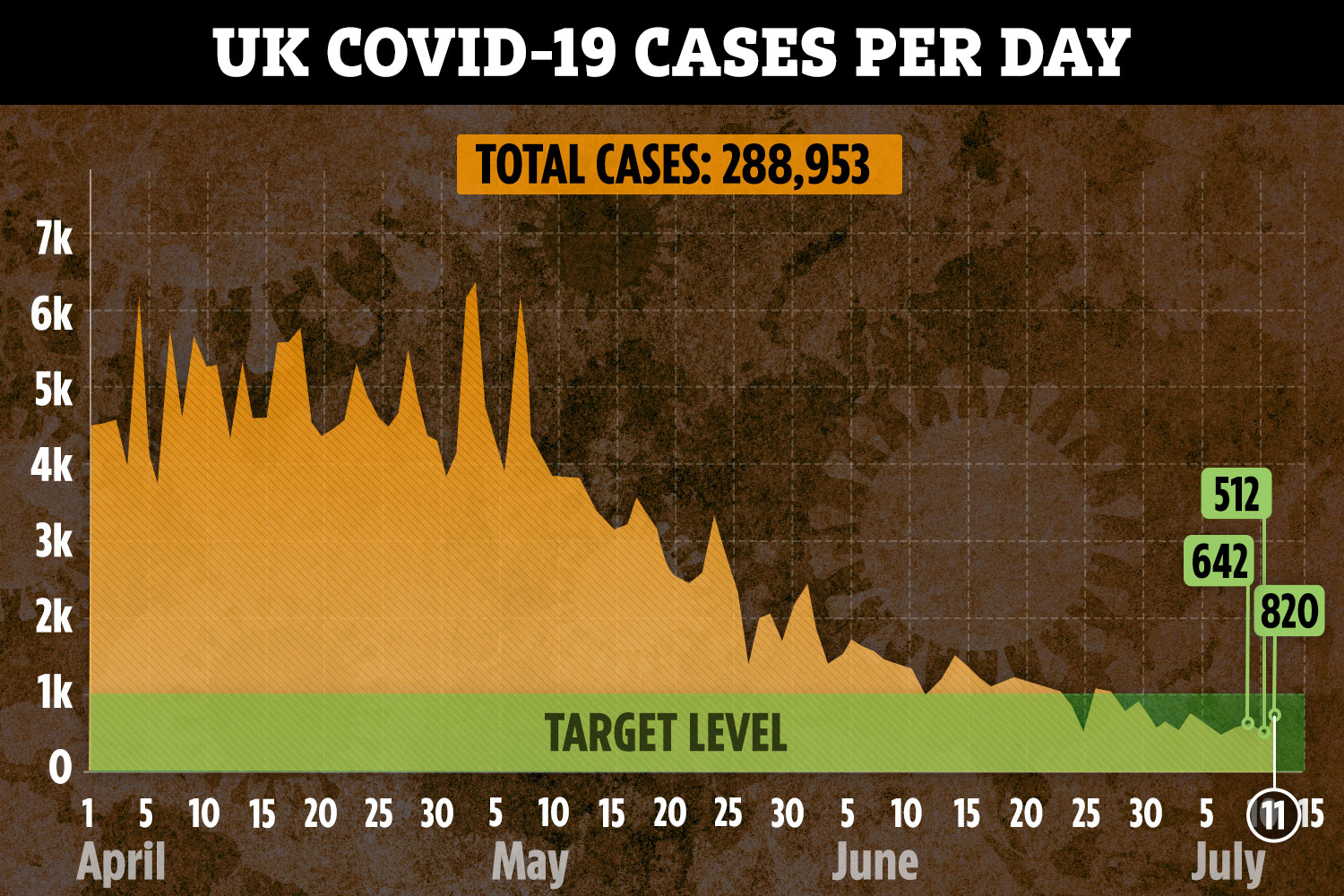 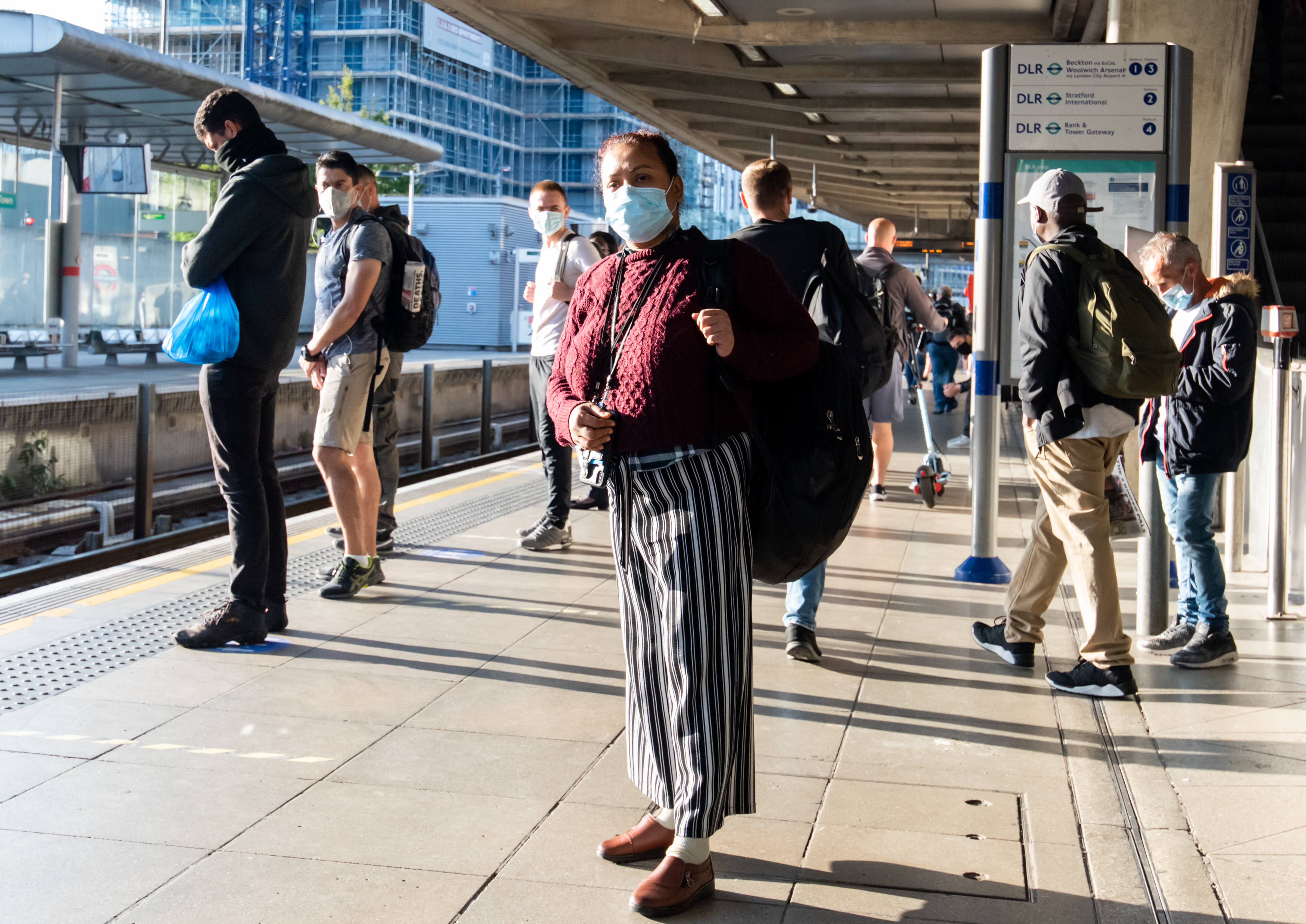 Today's death toll refers to those who have died in all settings – including care homes, hospices and the wider community.

The latest rise in deaths confirmed by the Department of Health is higher than it was yesterday, when 48 more deaths were logged.

Today's figures are an increase from last Saturday's 67.

In England, 38 more people have died in hospital, bringing the total number of deaths in English hospitals to 29,051.

Patients in England were aged between 40 and 98 years old and all but three had underlying health conditions.

No new deaths were recorded in Scotland overnight, keeping the virus death toll there at 2,490.

In Wales, one more death was confirmed, bringing the grim tally in Wales to 1,541.

Northern Ireland is no longer reporting its figures on the weekends.

It comes as lockdown measures ease across the UK, with Boris Johnson yesterday shelving the Government's work-from-home message.

Speaking during a Q&A with the public, Mr Johnson said: "I want people to be back to work as carefully as possible.

"It's very important that people should be going back to work if they can now.

"I think everybody has sort of taken the 'stay at home if you can' advice – I think we should now say, well, 'go back to work if you can'."

His comments come as the coronavirus R rate rises again in England – hitting the crucial value of 1 in some parts.

Regional statistics released by the Government yesterday showed the figure has crept up to between 0.8 and 1 in England after rising in the South.

And the spike in cases could see more local lockdowns introduced, with Carlisle and Blackburn on the hit list.

The town is still far behind locked-down Leicester, however, where 122.2 new cases per 100,000 residents were recorded in the seven days up to July 7 – compared with 131.8 new cases the seven days before.

It comes almost a week after pubs, restaurants, hotels and hairdressers were allowed to reopen in England.

Many struggled to keep punters in order last night as flirty drinkers enjoyed their first Friday night out since lockdown.

Revellers in Leeds squeezed into kebab shops while pals hugged each other on the streets.

And one bar manager said he struggled to keep men and women apart as they mixed throughout the evening.

Gyms, nail salons and spas are also set to reopen this month, injecting a new lease of life into the beauty industry.

And the PM has hinted he could soon make people wear masks in shops in a bid to keep people safe – saying the Government needs to be "stricter".