LONDON (Reuters) – Britain’s economy could shrink by 13% this year due to the government’s coronavirus shutdown, its deepest recession in three centuries, and public borrowing is set to surge to a post-World War Two high, the country’s budget forecasters said. 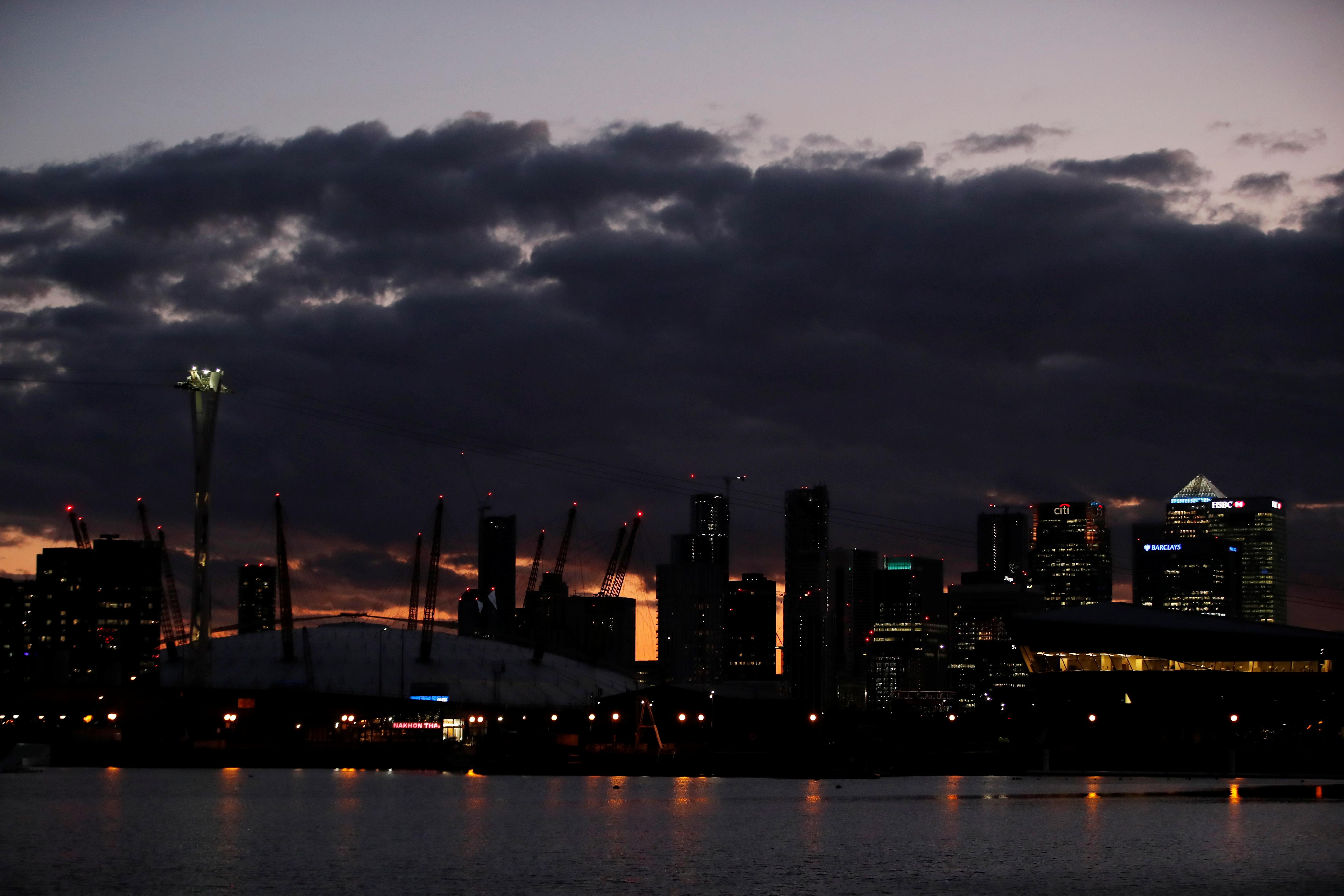 In the April-June period alone, economic output could plunge by 35%, with the unemployment rate more than doubling to 10%, the Office for Budget Responsibility said on Tuesday. A bounce-back may come later in the year if restrictions on public life to slow the spread of the coronavirus are lifted.

The OBR stressed it was not making an official projection, given the lack of clarity about the duration of the government-imposed shutdown which it assumed would last for three months, followed by a partial lifting over a further three-month period.

Separately, the International Monetary Fund said it expected Britain’s economy to shrink by 6.5% in 2020, similar to contractions in other economies, before growing by 4.0% in 2021.

But the outlook for Britain’s public finances is stark.

The OBR said the hit to tax revenues and the government’s huge spending plans meant the budget deficit could hit 273 billion pounds ($342 billion) in the 2020/21 tax year — five times its previous estimate.

That would be equivalent to 14% of gross domestic product, higher than the 10% level hit after the global financial crisis that began in 2007. The country had gradually lowered the deficit to about 2%, mainly through a decade of spending cuts for many public services.

The Resolution Foundation, a think-tank, said it was plausible the economy could suffer a more sustained hit than outlined by the OBR.

“This scenario also assumes almost no scarring or lasting impact on the economy from this recession, which history shows is unlikely to be the case,” the Resolution Foundation said.

The OBR said public sector net debt could exceed 100% of gross domestic product during the 2020/21 financial year but end it at around 95% of GDP.

Before the government shut down the economy from March 20 to slow the spread of the coronavirus, the OBR had forecast debt would be 77% of GDP in 2020/21. The lockdown will be extended to at least May 7, the Times newspaper reported.

“But it should be borne in mind that the short- and medium-term outlook for the economy and the public finances would be very much worse without any fiscal and monetary response,” the OBR said.

The Bank of England last month cut interest rates twice, ramped up its bond-buying programme by a record 200 billion pounds and took other measures to help companies get credit.

Finance minister Rishi Sunak said on Tuesday that banks were picking up the pace of issuing state-backed loans to businesses, but warned again that the government could not save every job and business.

He also denied reports of tensions between his department and the health ministry over the duration of the lockdown.

“It’s clear we must defeat this virus as quickly as possible,” Sunak said, adding there was “not a choice between health and economics. That defies common sense.”