September saw some last-minute summer sun, before cold and rainy weather set in and continued into October. The forecast has seen continued cold weather and even snow possible for parts of the UK. Now many are wondering what this means for the winter months.

This weather pattern looks to continue throughout October, with the possibility for overnight frost and even snow for parts of the country.

Weather maps from WXCharts show a bitterly cold weekend ahead, with temperatures plunging from as soon as Thursday.

The Met Office is also predicting a risk of thundery showers across the North of England, with strong winds and rain for central and southern areas. 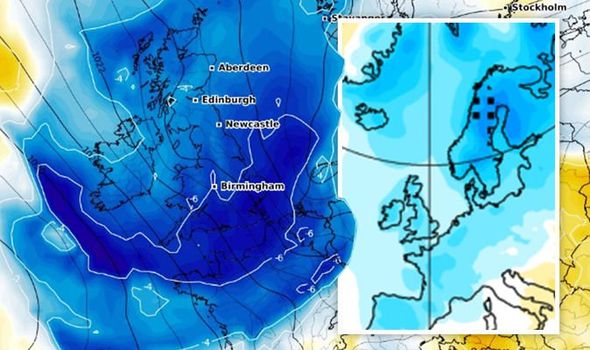 WXCharts, which gets its data from MetDesk, shows temperatures plunging to freezing on Saturday.

Maps show by Saturday UK temperatures could sink in some parts of Scotland and northern England as low as 0C.

Netweather forecasters say Saturday will have a cold start, with a north to northwest wind.

This wind will keep temperatures cold across the weekend, however, the autumn sunshine could break through in some areas. 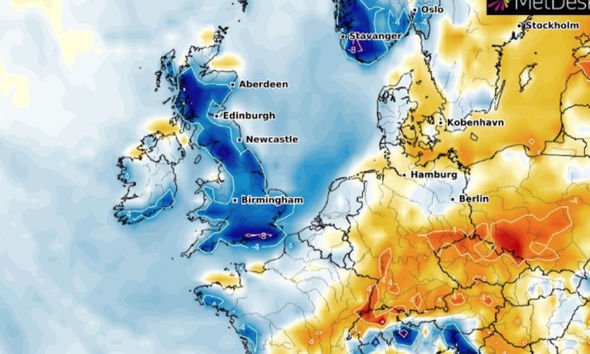 So what does the long-range forecast say for this winter?

Long-range forecasts are tricky, as they can be unreliable, and it is hard to predict what will happen when.

However, Severe Weather Europe (SWE) has published its winter forecast for 2020/21 by using major weather models.

SWE is forecasting a rather chilly winter for many across the globe, with “a strong La Nina cycle, emerging in the tropical Pacific ocean”.

SWE explains this strong La Nina cycle “will alter the jet stream patterns over North America and the Pacific Ocean, extending its reach to the rest of the world.

“The Winter forecast from major models, reveals this jet stream altering by the La Nina, and its possible weather outcomes.”

The jet stream is a large and powerful stream of air at around five to seven miles altitude.

It flows west-to-east around the entire hemisphere, affecting pressure systems, and their strength, and so shapes our weather at the surface. 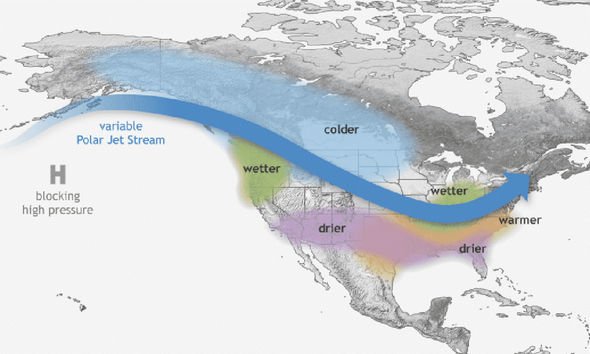 For the weather over the next six months, the development of a cold ENSO phase is the key-feature.

“This is a region of ocean in the tropical Pacific, which alternates between cold and warm phases.”

Charts show cooling began in September and will continue into winter, with La Nina reaching a “formidable strength” at its peak. 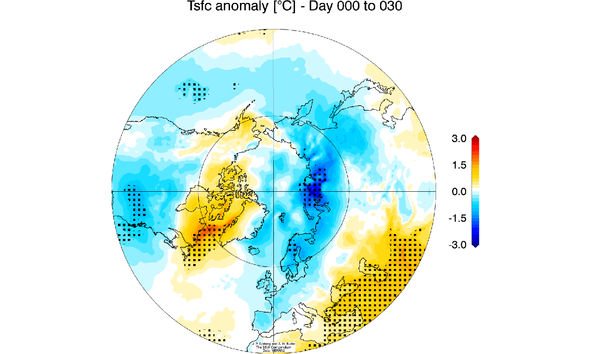 So what does this mean for the UK?

According to SWE: “In the pressure pattern forecast from ECMWF, we can see the strong high-pressure system in the North Pacific, typical of a La Nina.

“The low-pressure system is developed over Canada and the jet stream is bending in between, just like we have seen in the previous segment.

“We also see the North Atlantic in a positive NAO mode, which means an amplified jet stream over the British Isles and Scandinavia.

“But this is not a typical positive NAO setup, and it can be broken in-between.

“Most likely if the high-pressure system in the central Atlantic can crawl further up north, blocking the flow and creating a more northerly flow into Europe.”

And so, this could bring cold weather and unsettled conditions and even storms as the jet stream positions over these regions this winter.

However, as the forecast is so long-range, higher than usual temperatures are also a possibility – with some colder periods.

The SWE writes: “A more westerly dominant scenario is likely, the pressure pattern does allow for a break in the flow, and occasional cold flow from the north into Europe, dependant on the positioning of the Atlantic high-pressure system.”

Ultimately an accurate winter forecast will only be seen closer to the time and is usually done on a week by week basis.