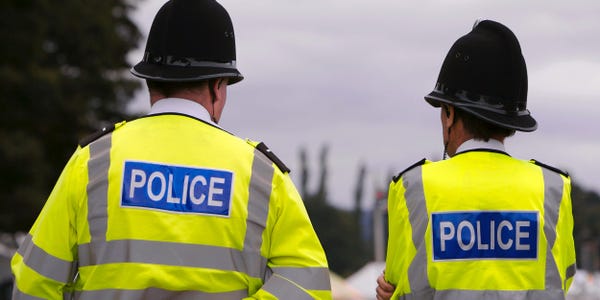 Nottinghamshire Police told Sky News that the teen, who has not been publicly named, held the party at his home in Lenton on Friday.

Gatherings of more than 30 people indoors have been banned in the UK as of last week. On Monday, the government lowered that limit to six people to help prevent the spread of the novel coronavirus.

Assistant Chief Constable Steve Cooper urged people not to host parties in a statement to Sky News, and told the media outlet that the teen "deliberately flouted the rules without a care for anyone else".

"As we have demonstrated here we are not afraid to use the full powers we have and we will not tolerate those who are deliberately put other people's lives in danger," Cooper said.

Police said that there were about 50 people inside the teen's house when officers arrived.

They were all ordered to leave, and the organizer, who police said was hostile toward community protection officers, was fined.

It's unclear when the 19-year-old will appear in court.

The UK has seen a spike in COVID-19 cases in recent weeks. On Sunday, it recorded 3,330 new cases, down from 3,497 on Saturday, according to Reuters.