LONDON (Reuters) – British Prime Minister Theresa May won the backing of the most prominent Brexiteer in her government on Friday as she fought to save a draft European Union divorce deal that has stirred up a plot to force her out of her job. 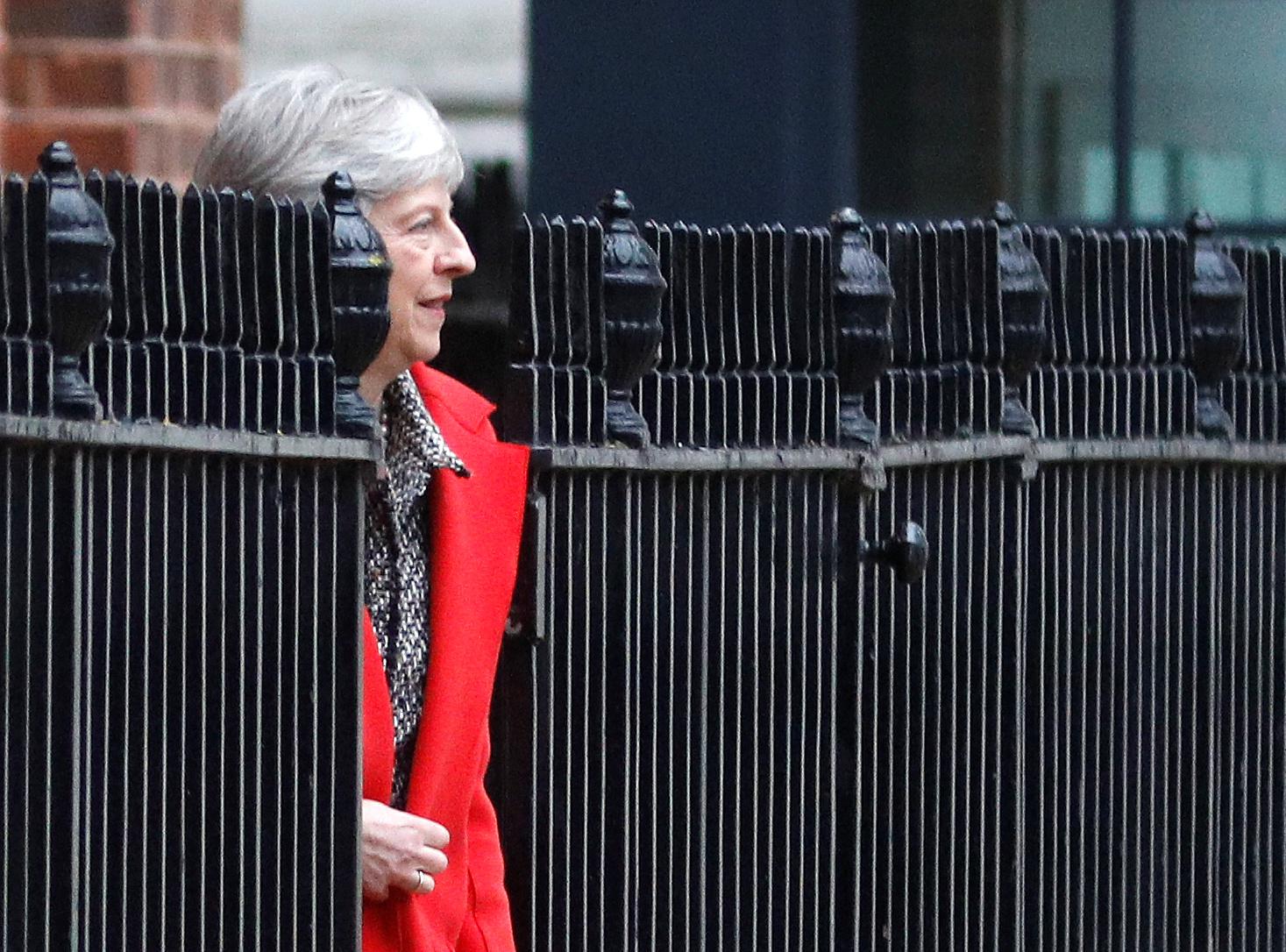 More than two years after the United Kingdom voted to leave the EU, it is still unclear how, on what terms or even if the world’s fifth largest economy will leave the bloc as planned on March 29, 2019.

Just hours after announcing that her senior ministers had collectively backed her divorce deal, May’s premiership was thrust into its most perilous crisis to date when her Brexit Secretary Dominic Raab resigned on Thursday in opposition to the agreement.

Other mutinous lawmakers in her party have openly spoken of ousting her and said bluntly that the Brexit deal would not pass parliament.

But May, who has defiantly vowed to stay on as prime minister, got a rare boost on Friday when Michael Gove, the most prominent Brexit-supporting minister, gave his backing to her, saying he would stay on as environment minister.

Asked if he had confidence in May, Gove, who is famous for sinking former foreign minister Boris Johnson’s leadership bid in 2016, told reporters: “I absolutely do.”

“I think it’s absolutely vital that we focus on getting the right deal in the future, and making sure that in the areas that matter so much to the British people we can get a good outcome,” said Gove, 51, a potential successor to May.

The first question she faced on a LBC radio phone-in show to defend her deal was from a caller who asked her to “respectfully stand down”. She did not immediately address that part of the caller’s question.

Sterling GBP=D3, which has see-sawed on Brexit news since the referendum, was up half a cent against the dollar at $1.2837 on Friday.

Politicians, officials and diplomats in London openly questioned how long May had left as speculation swirled that a leadership challenge could come soon.

Under Conservative Party rules, a vote must take place when 48 of her lawmakers submit letters to the party’s so-called 1922 committee, chaired by a senior lawmaker, Graham Brady.

Influential Brexit-supporting lawmaker Steve Baker said rebels in May’s party were close to the threshold which would trigger a confidence vote. So far, at least 21 lawmakers have publicly said they have submitted letters.

“I think we’re probably not far off,” said Baker, a key figure in the Brexit-backing wing of May’s party. “I think it probably is imminent, yes,” he told BBC TV.

British political correspondents also reported that Gove, Fox and other pro-Brexit ministers would meet this weekend to amend May’s deal. However, both the Irish and Dutch prime ministers said there was little scope to change the proposals.

Since winning the top job in the turmoil that followed the 2016 referendum, May’s tumultuous premiership has been characterized by an obdurate flair for survival despite frequent crises.

May’s de facto deputy, David Lidington, said she would win a vote of no confidence, in which she would need a simple majority of the total votes cast by her lawmakers.

“If those letters were to go in, I think that she would win any such vote decisively, and she’d deserve to do so,” Lidington said in a broadcast clip. “The national interest, I think, says that we should rally in her support.” 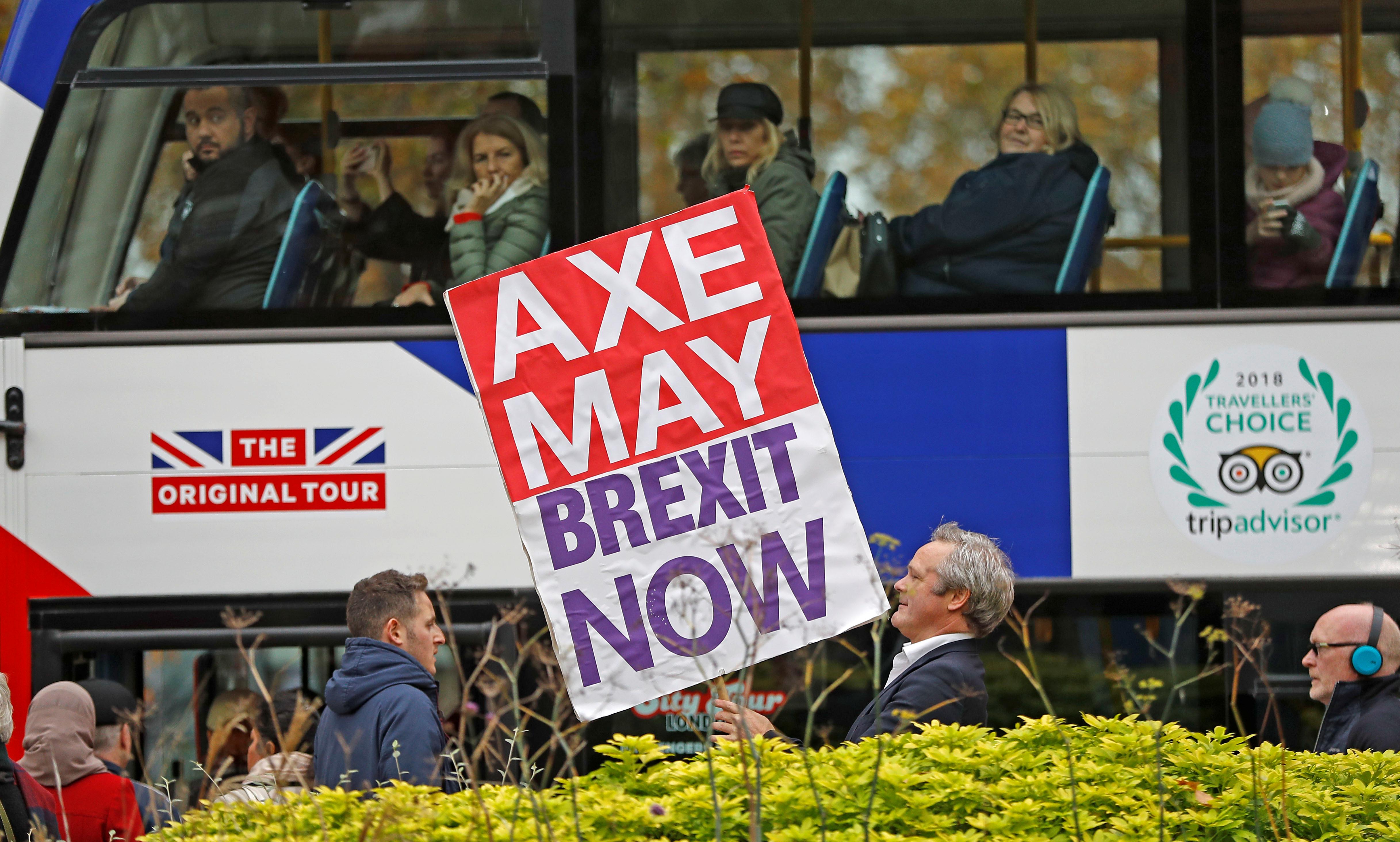 If May stayed on in power without a divorce deal that could be approved, the ultimate outcome of Brexit would be uncertain.

Jo Johnson, who resigned as a minister week ago, said the situation marked the worst failure of statesmanship since the 1956 Suez canal crisis, when Britain was forced by the United States to withdraw its troops from Egypt.

Other possible scenarios for the United Kingdom include May’s deal ultimately winning approval; May losing her job; Britain leaving the bloc with no agreement; or even another referendum.

A snap poll by Survation of 1,070 voters for the Daily Mail newspaper found 49 percent of respondents opposed the deal and just 27 percent backed it.

To leave the EU on the terms of her deal, May would need to get the backing of about 320 of parliament’s 650 lawmakers. The deal is due to be discussed at an EU summit on Nov. 25.

By seeking to preserve the closest possible ties with the EU, May has upset her party’s many advocates of a clean break, and Northern Ireland’s Democratic Unionist Party (DUP), which props up her minority government.

The Daily Telegraph newspaper reported that the DUP had demanded May be replaced as prime minister.

The EU and Britain need an agreement to keep trade flowing between the world’s biggest trading bloc and the United Kingdom, home to the biggest international financial center.

Supporters of Brexit say that while the divorce might bring some short-term instability, in the longer term it will allow the United Kingdom to thrive.

May told LBC radio the threat of a no deal Brexit was personal as she is Type 1 diabetic: “I depend on insulin every day. My insulin is produced by a country elsewhere in the European Union.”

May’s spokeswoman said there had been strong business support for her draft deal but British aero-engine maker Rolls-Royce (RR.L) was continuing with its no-deal contingency plans.

The plans include “buffer stocks so that we have all the logistical capacity that we need to carry on running our business,” said Chief Executive Warren East.

Proponents of closer relations with the EU in her own party and the Labour opposition say the deal squanders the advantages of membership for little gain.