The highest July temperature on record is 36.7C which was set at Heathrow in 2015 but that is expected to be burned away at some point this afternoon. 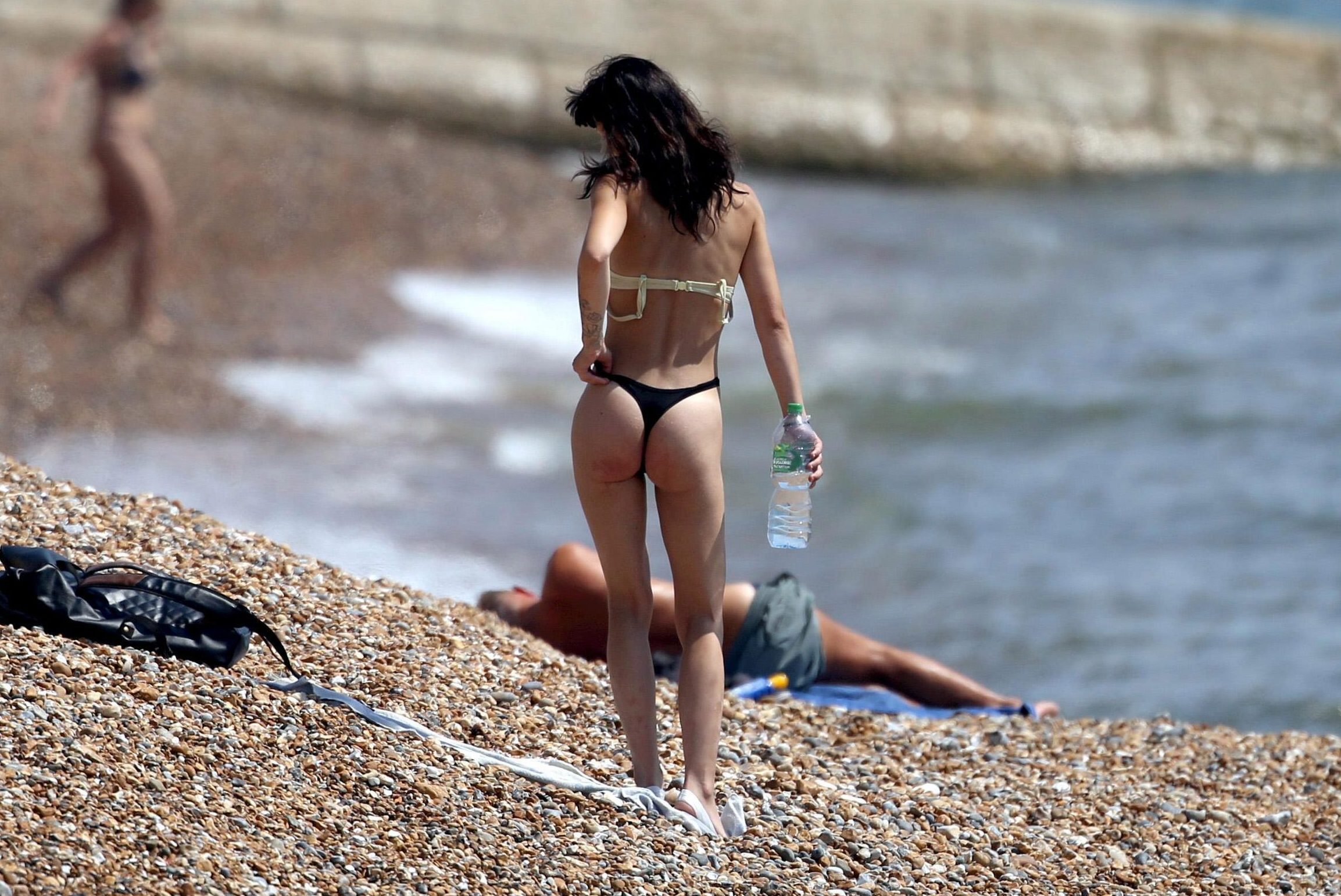 Today could even bring a new UK temperature record – replacing the 38.5C set in Faversham, Kent, on August 10 in 2003.

It will make Britain hotter than the whole of Europe and could spark an influx of holidaymakers flocking to the UK to enjoy the weather.

But the sweltering heat will leave motorists gridlocked on motorways and hospitals will be overwhelmed with patients feeling dehydrated because of the heat.

Staff yesterday complained about feeling dizzy and hospitals up and down the country are expected to be stretched for the next 24 hours.

What we know so far: 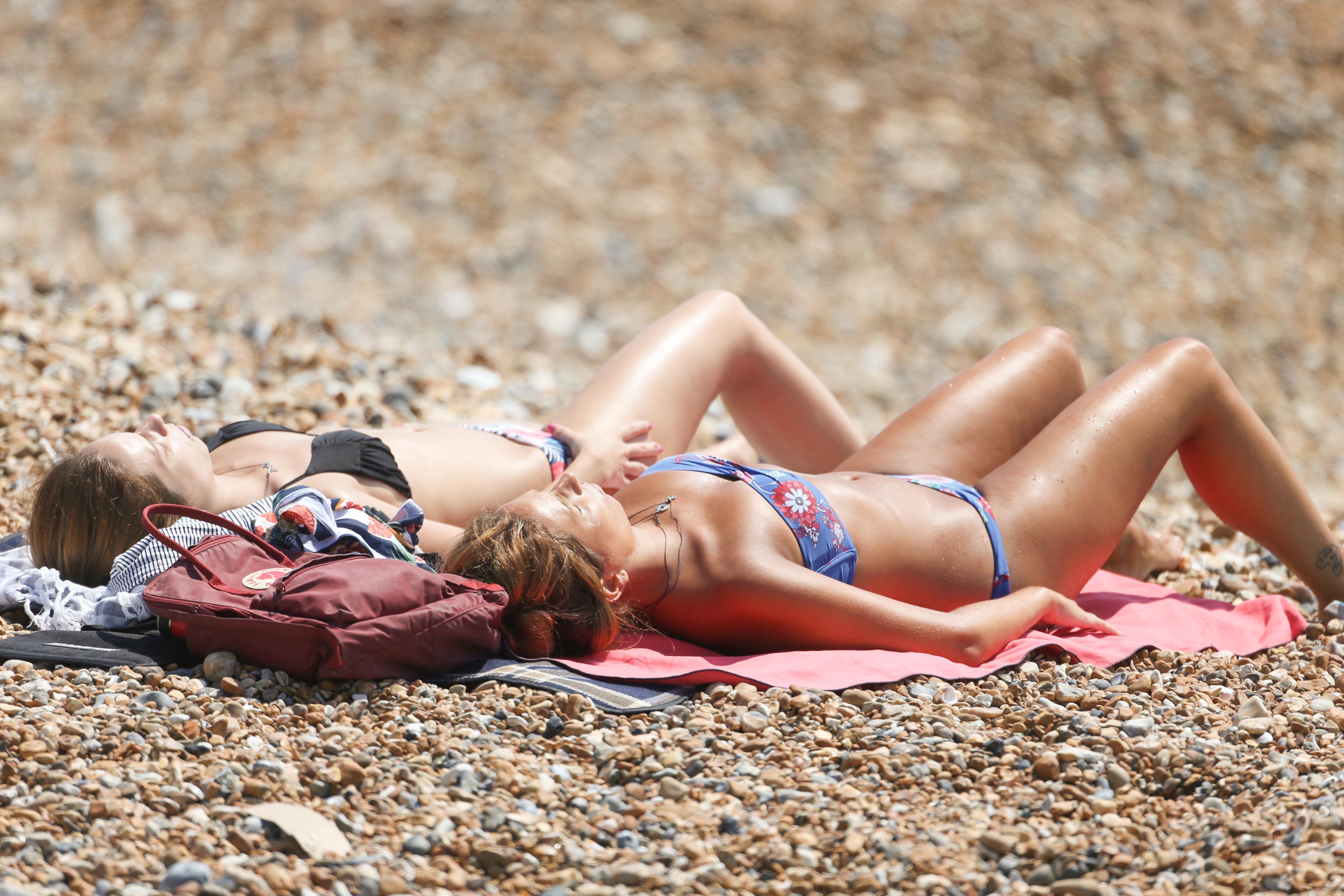 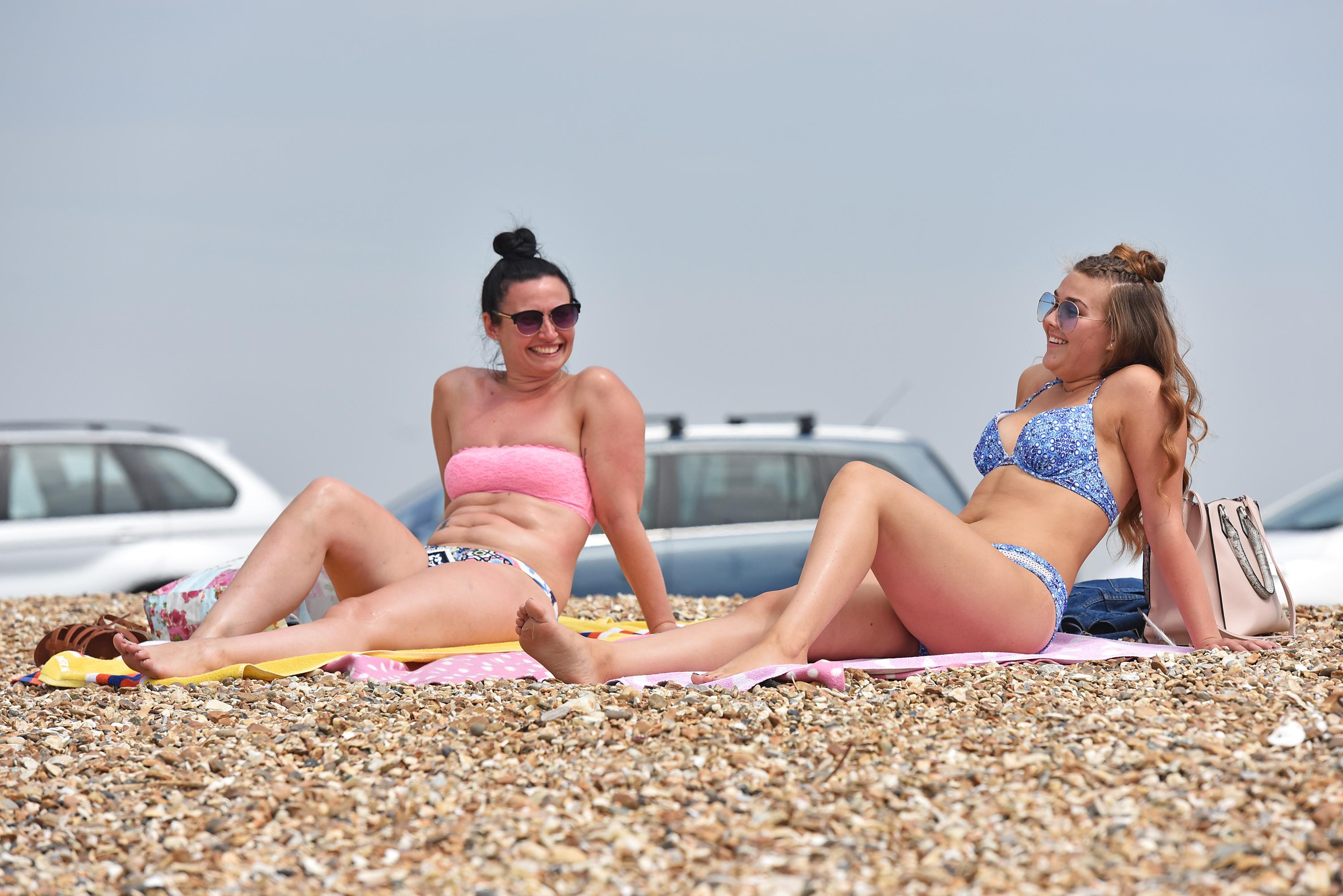 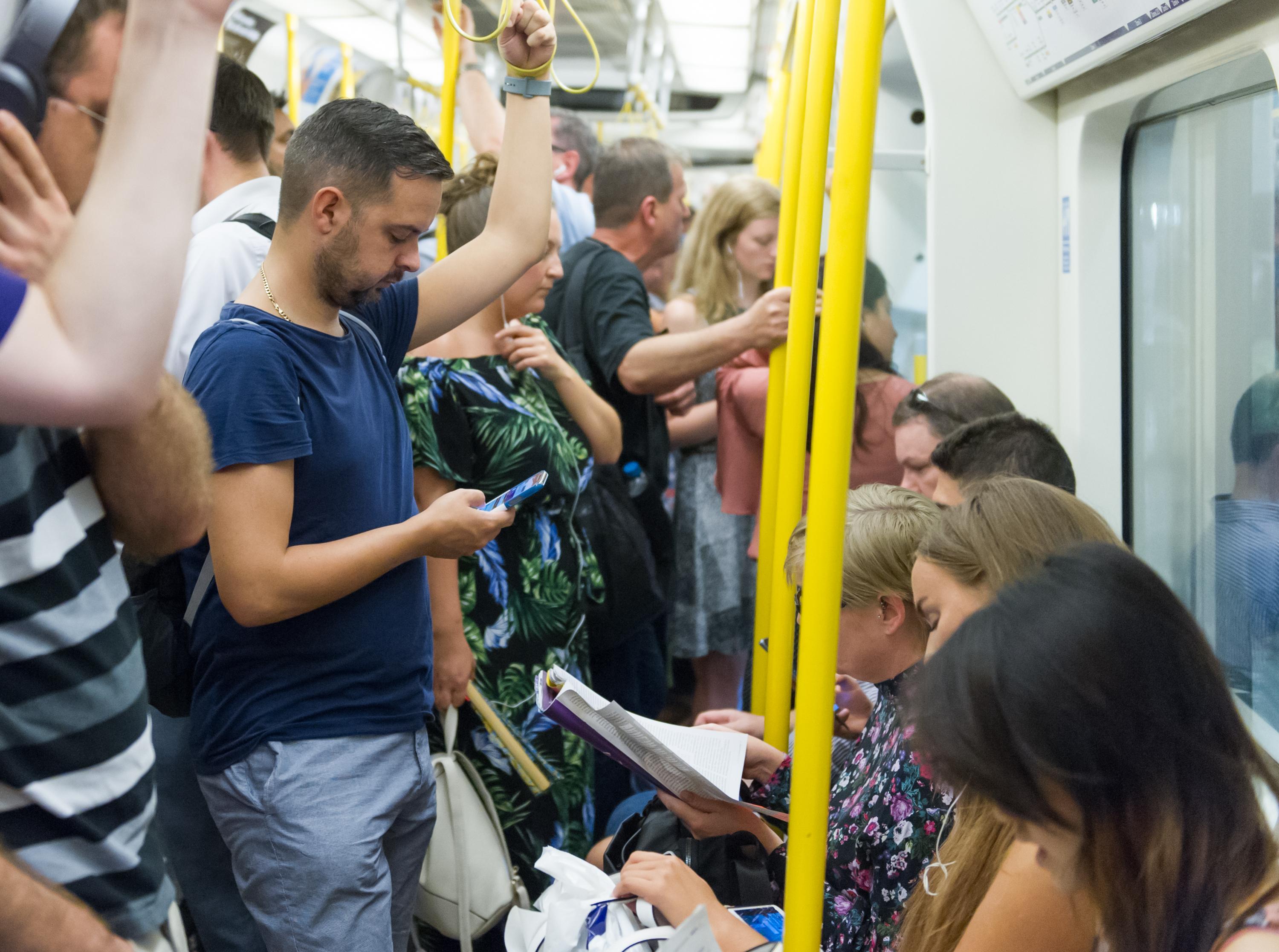 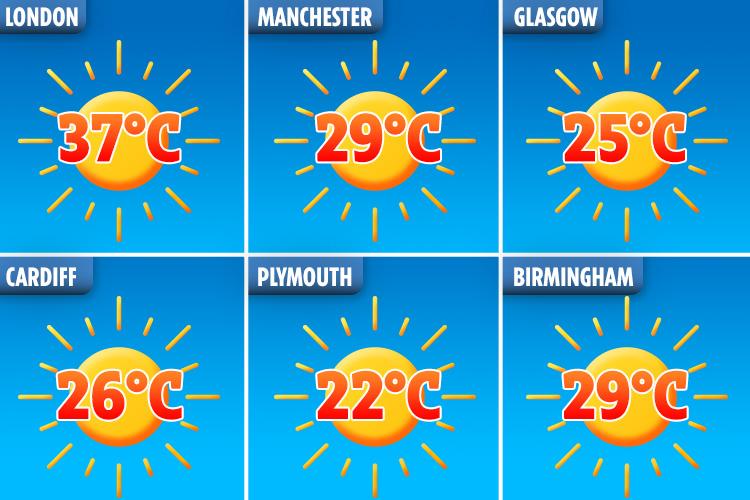 The nation’s roads were melting yesterday as surface temperatures reached a staggering 50C and the heat is likely to cause major disruption again today.

Eurotunnel was forced to cancel thousands of tickets after “extreme temperatures” caused major disruption to services.

Last night, millions struggled to sleep as the mercury stayed a stifling 21C in London and the South East.

Today, many workers are set to swap the office in favour of beaches, parks and boozers.

But the scorching heat will be interrupted by thunderstorms later, with lightning already being spotted over the Isle of Wight at 4am this morning.

There had been close to 50,000 flashes of lighting in the UK and North Sea since midnight by 10am this morning.

Air traffic controllers to have busiest day of summer

UK air traffic controllers are expecting to see the busiest day of the summer today as hundreds of thousands of Brits take to the skies on their summer holidays.

Nats, the UK air traffic control service, is due to handle 8,841 flights in just 24 hours.

But the surge in flights is not just down to Brits looking for sun, sea, and sand, as flights from Heathrow to business and tourist hubs Dublin, New York, and Frankfurt, take the three top spots for the busiest routes.

The projected top seven routes for Friday are:

More than 15 per cent of the flights departing from and arriving to the UK will be going through Heathrow (around 1,390 flights), while Gatwick will have around 940 flights and Stansted around 670 flights, the second and third busiest airports respectively.

Manchester airport will handle around 700 flights, while Birmingham is predicted to manage 380 flights. Scottish transport hubs Glasgow and Edinburgh are expected to manage 320 and 440 flights respectively.

Nats predicts the busiest time of day will be 6.40am to 7.40am, with up to 660 aircraft filling Britain's skies in this hour alone.

Jamie Hutchison, director at Nats' Swanwick control centre in Hampshire, said: "With hundreds of thousands of people setting off on their holidays today, Britain's air traffic controllers will be working harder than ever to ensure everyone can get away safely and on time.”

Out enjoying the sun today? Send us your Friday Furnace pictures at [email protected] 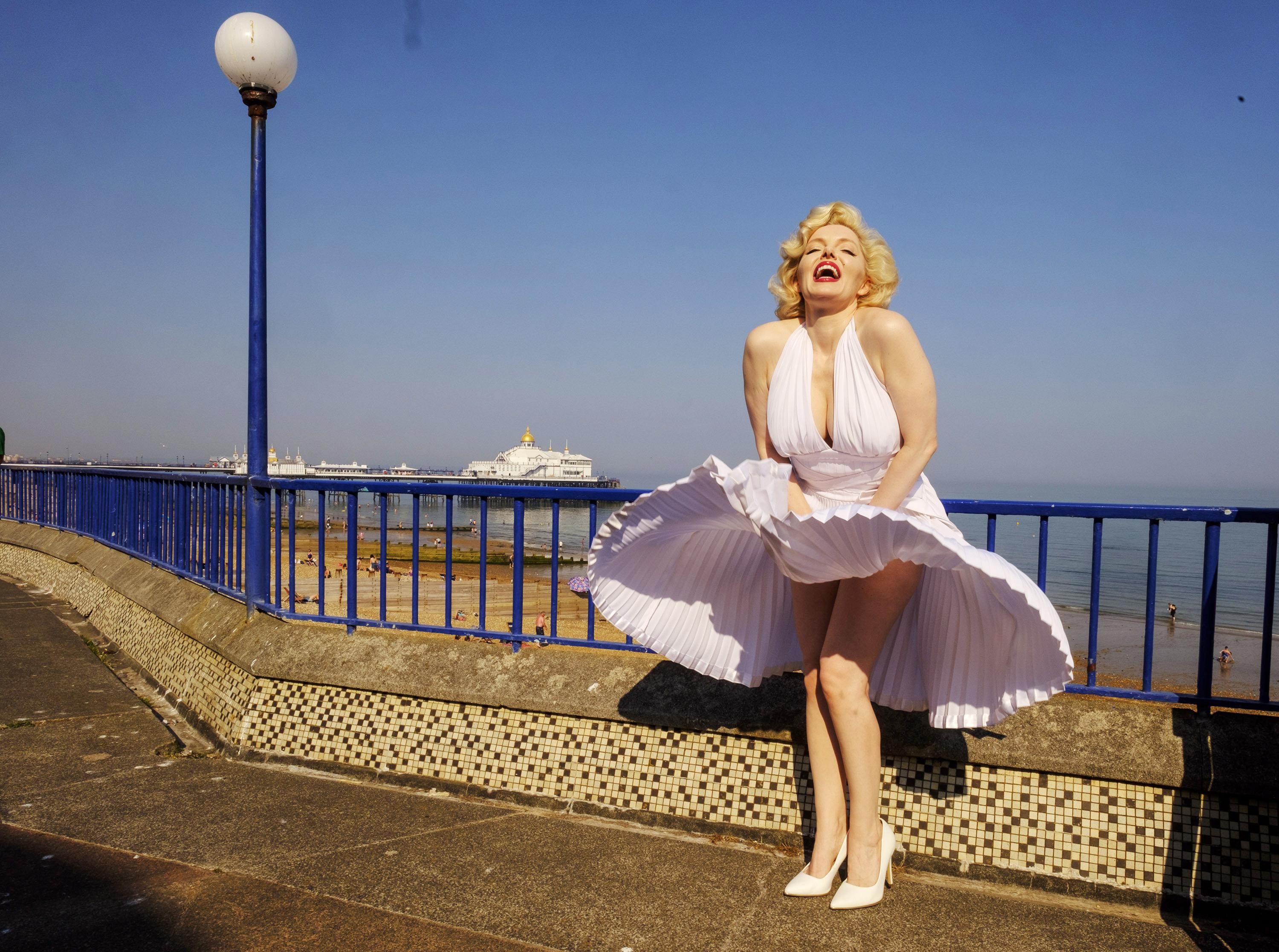 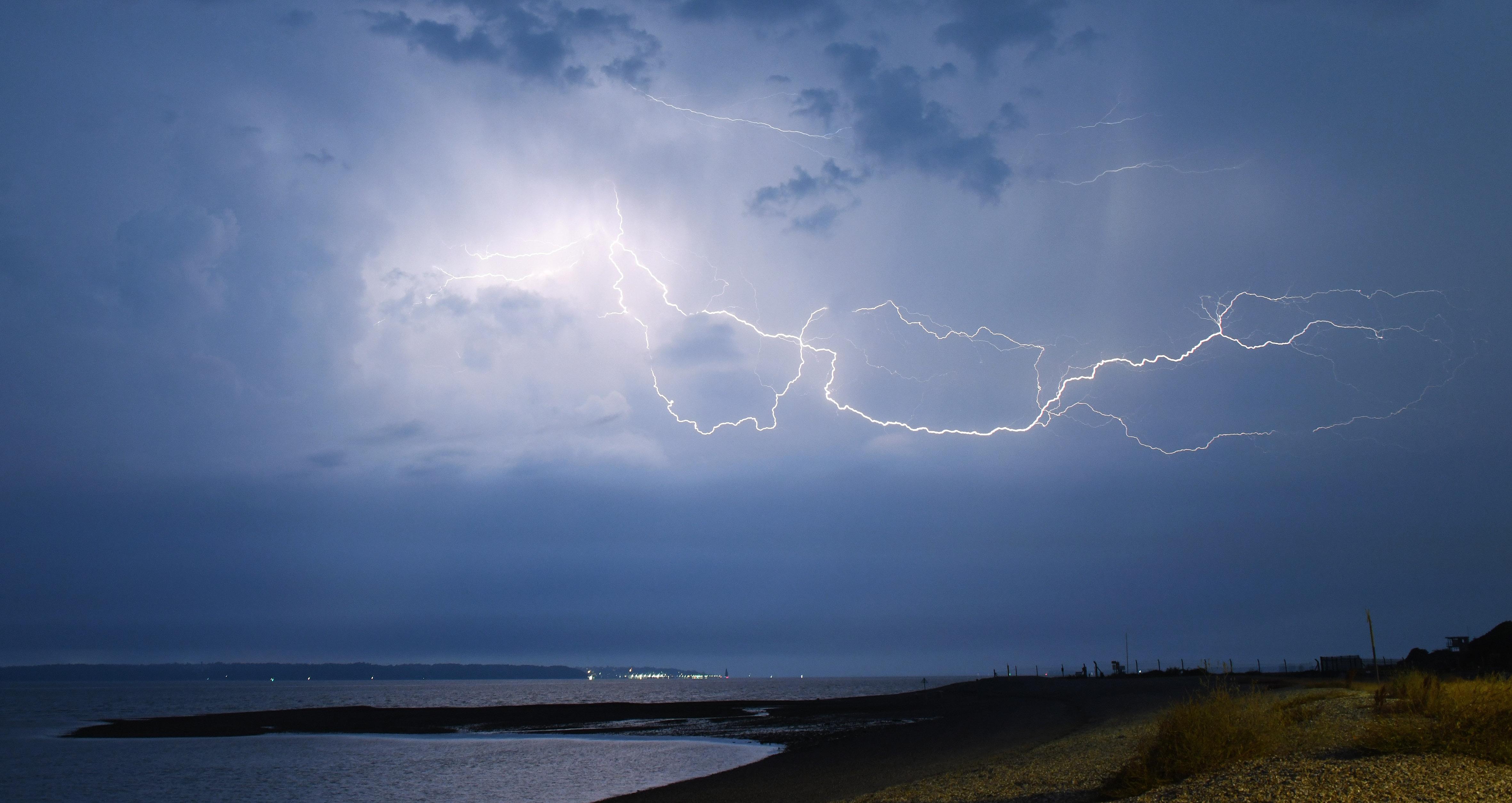 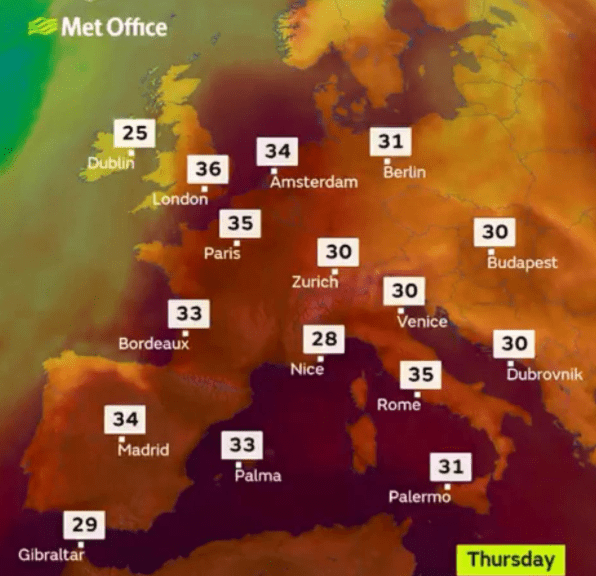 How can I cool down in the hot weather?

It's been a struggle to stay cool for many Brits as the temperature skyrockets.

The last few weeks have seen the mercury rise to uncomfortably high levels as the UK is gripped by a number of heatwaves.

As we near record-breaking temperatures and health warnings are issued, we have pulled together some handy tips to stay cool:

Meanwhile, a swimmer in his 20s, died after he went for a dip in the Jubilee River near Slough, Berks, on Wednesday. Divers found his body yesterday.

A 14-year-old boy, named locally as Ben Quartermaine, remains missing as emergency services desperately try and find him after he got into difficulty off the coast of Clacton Pier in Essex.

Another youngster, who he was with, was saved by a lifeboat crew and was reunited with his family.

A 17-year-old boy is also missing after he went for a swim in a quarry in Warwickshire.

Later today parts of the UK will be rocked by thunderstorms which could bring relief to millions of Brits who haven’t seen rain in weeks.

Looks swell for the lads

THRILLED blokes are reporting that the heatwave is boo­sting the size of their manhood.

Some have bragged about the increase in social media posts.

Doctors say it is “summer penis”, caused by blood vessels expanding in the heat. 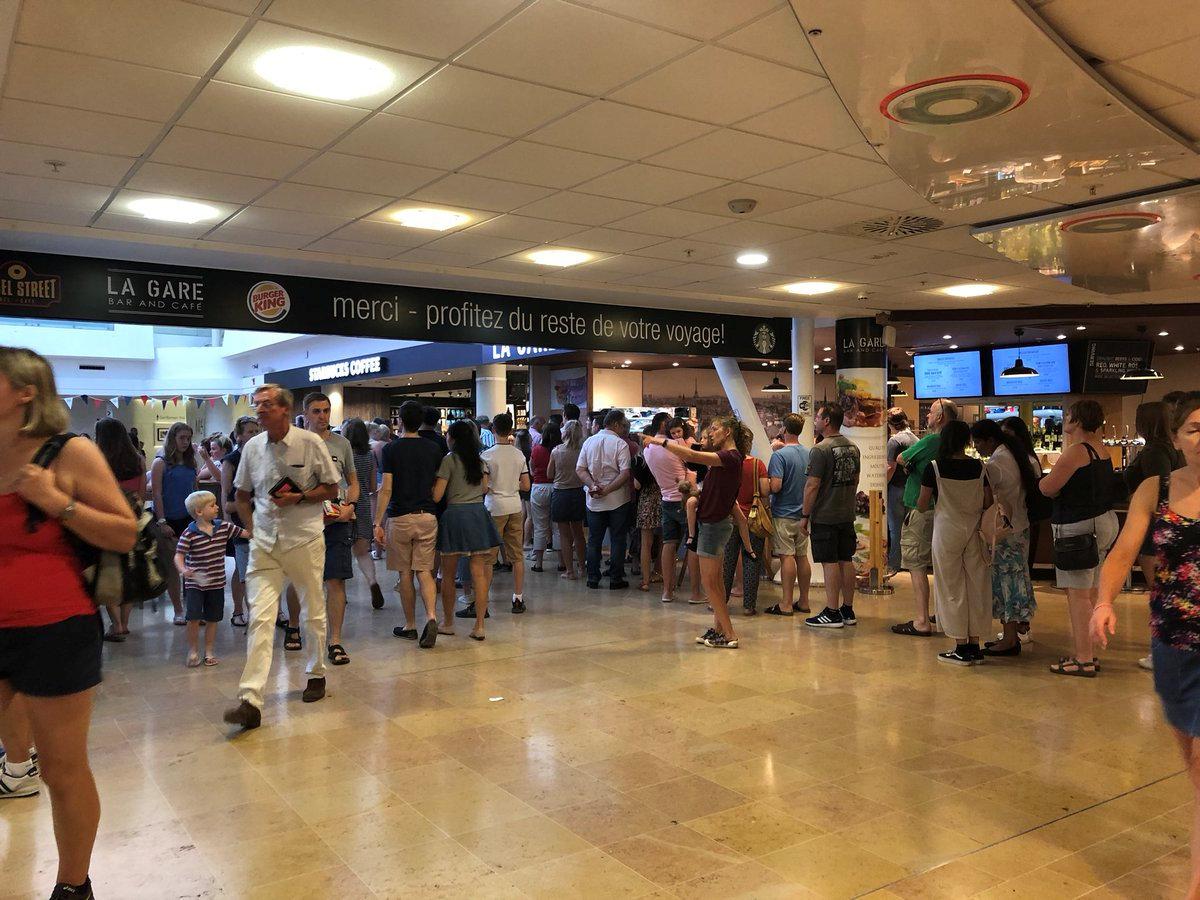 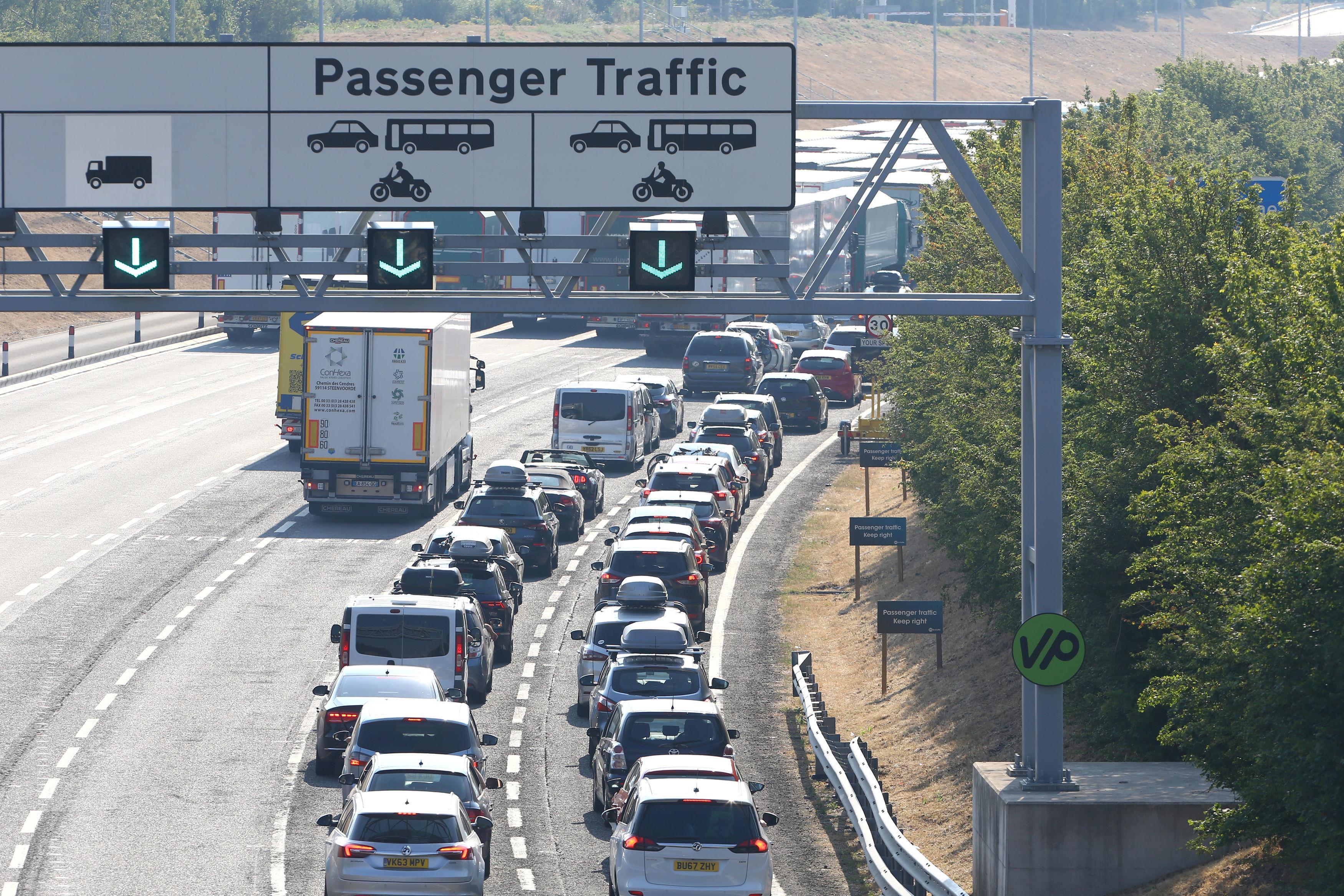 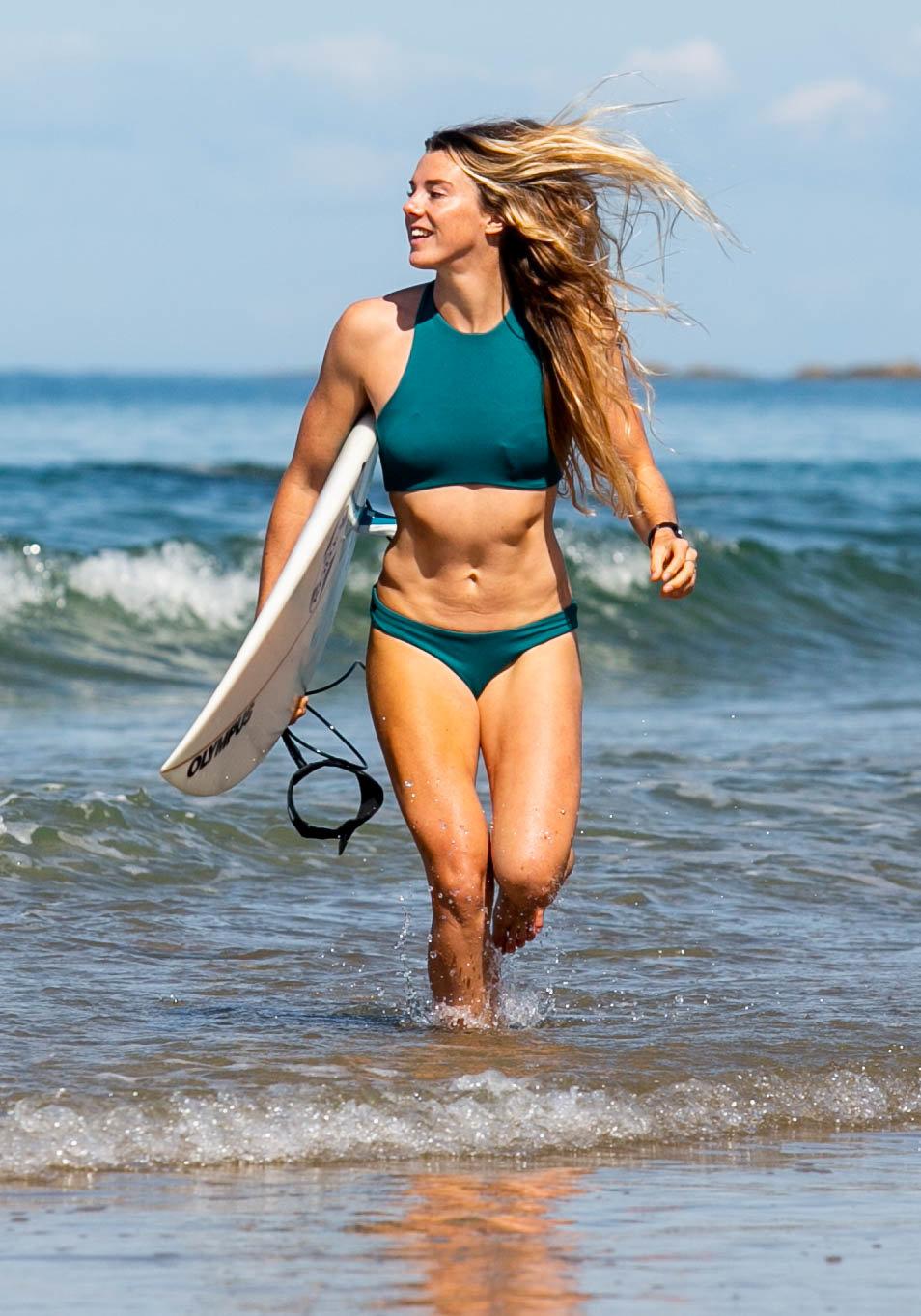 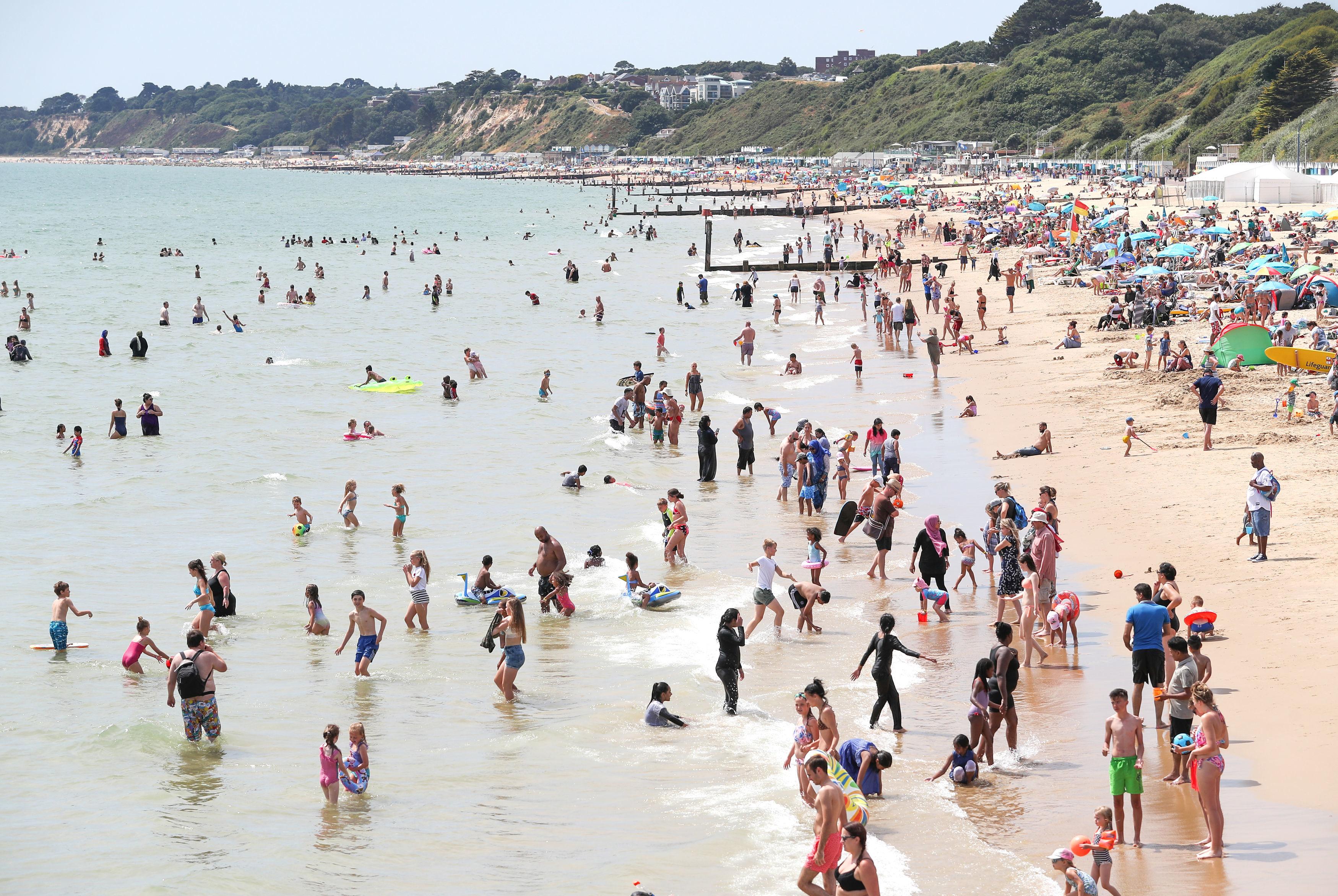 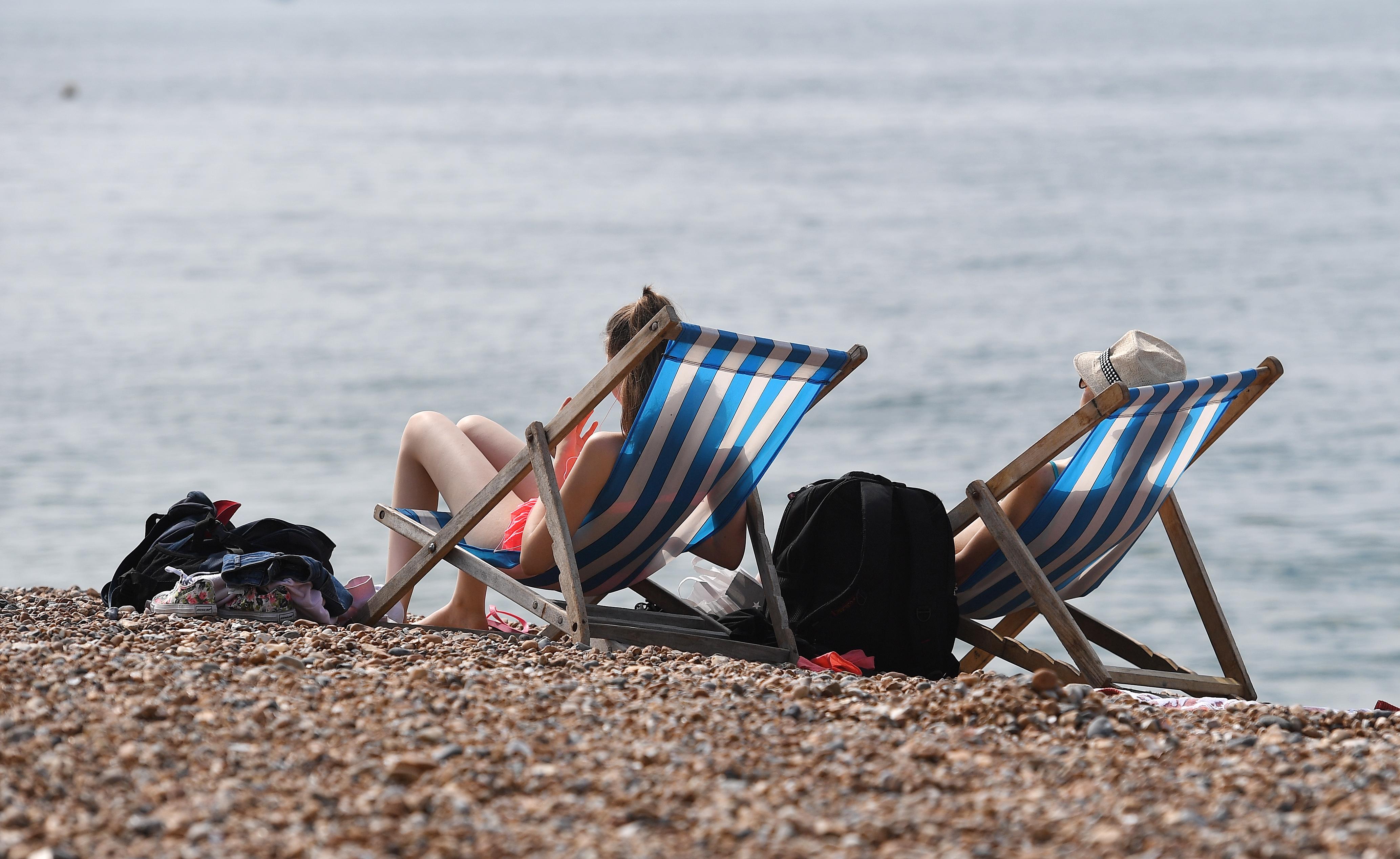 NHS trusts are seeing record numbers of people at A&E for respiratory problems and conditions made worse by dehydration.

There were 230,611 visits to the NHS Choices advice webpage for heat exhaustion this month, quadruple the amount last July.

Saffron Cordery, of NHS Providers, said: “There is no let-up in the pressure on services.”

But the sweltering heat is then expected to return and experts have warned that the UK faces a future of baking summers every year for decades.

The current heatwave began on June 24 and is the longest since the drought of 1976.

The Met Office has described the heat as "exceptional" and warned Brits to be on the lookout.

They said: "Exceptional heat is only part of the weather story this week.

"Friday brings the risk of #thunderstorms too. Not everywhere catching one, but severe weather is possible. Stay #weatheraware".

And it seems it isn't just sun-seekers who are flocking to Britain's beaches.

The Sun travelled to Cornwall to come face-to-face with man-eating sharks after the creatures made the journey all the way from the Mediterranean Sea. 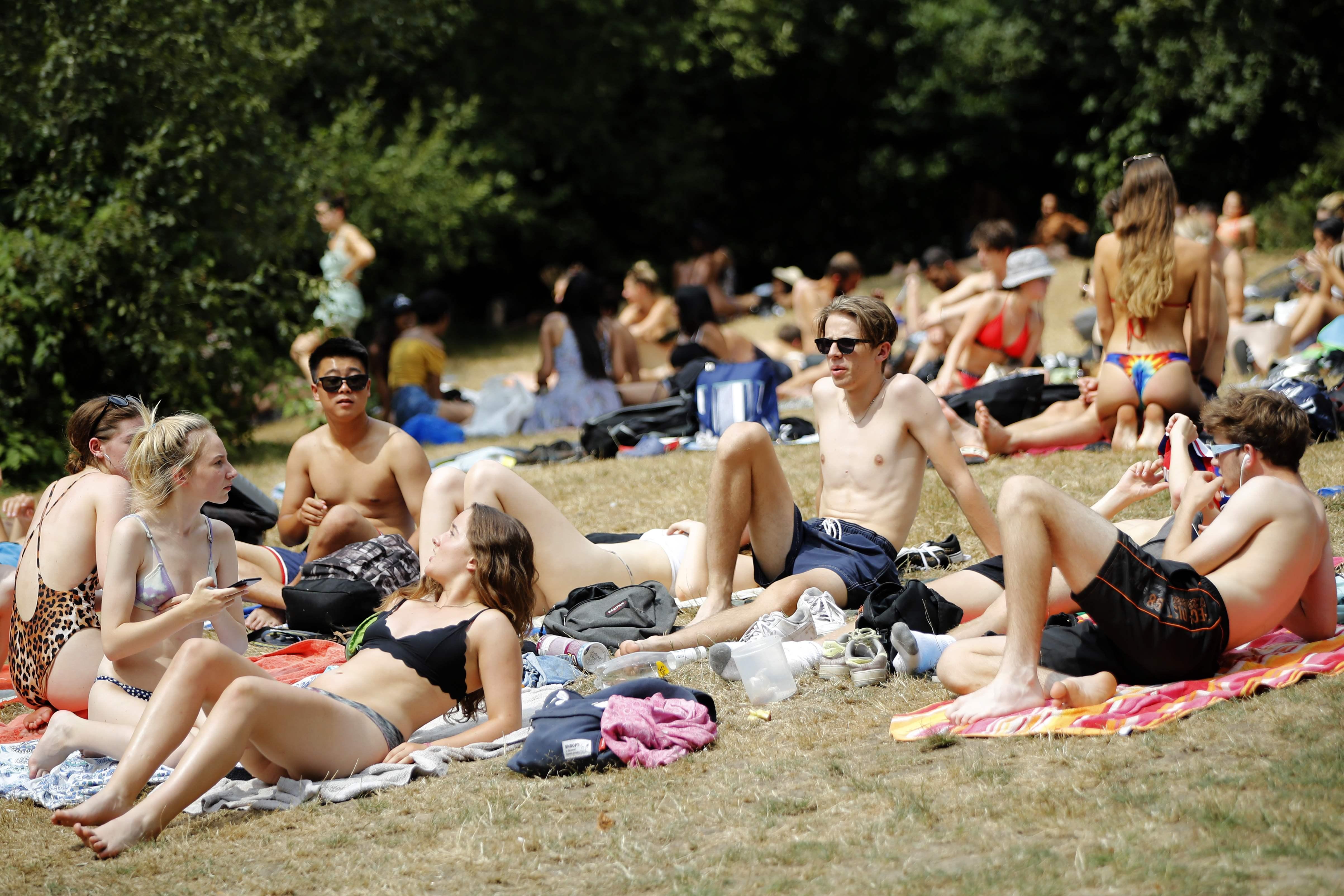 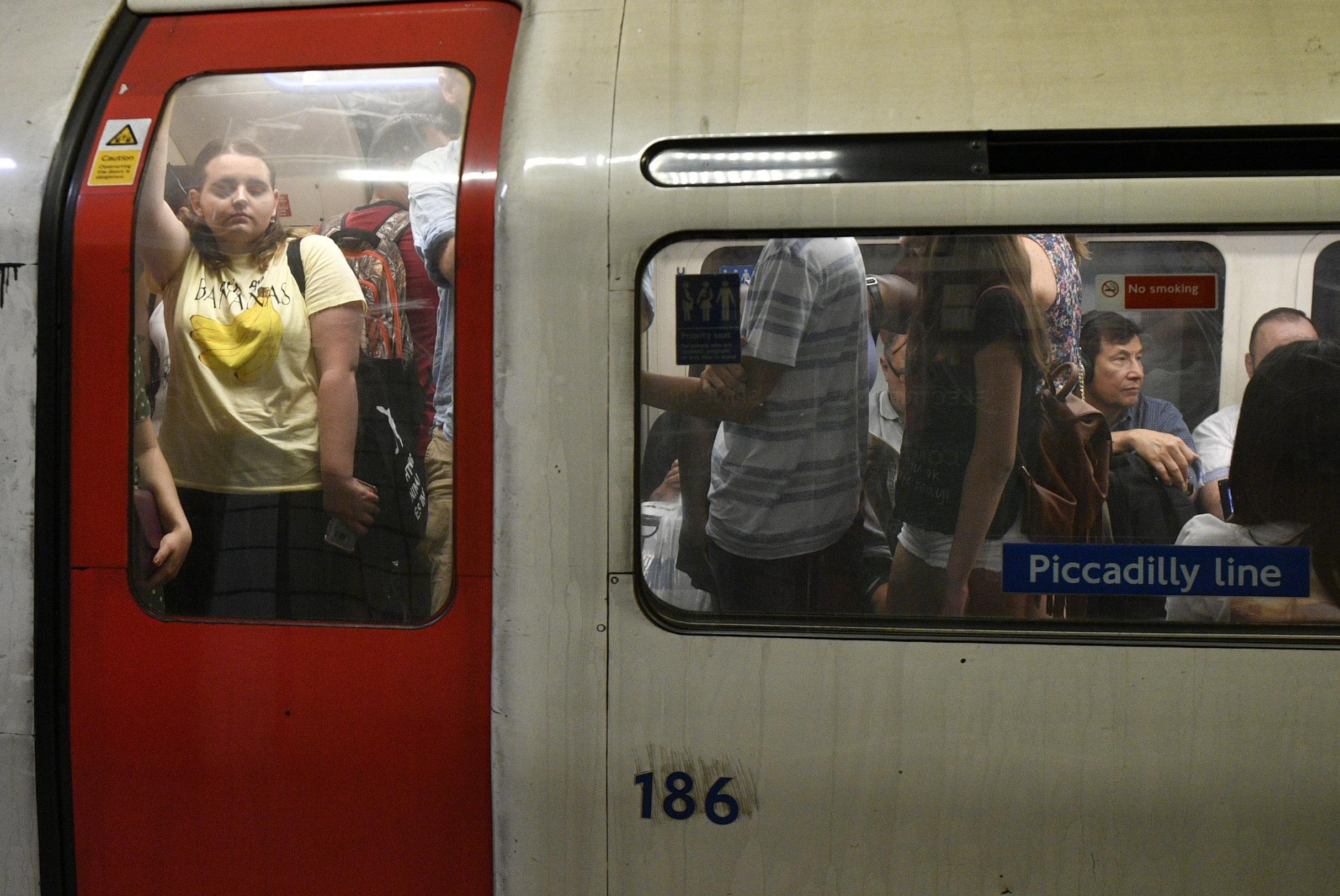 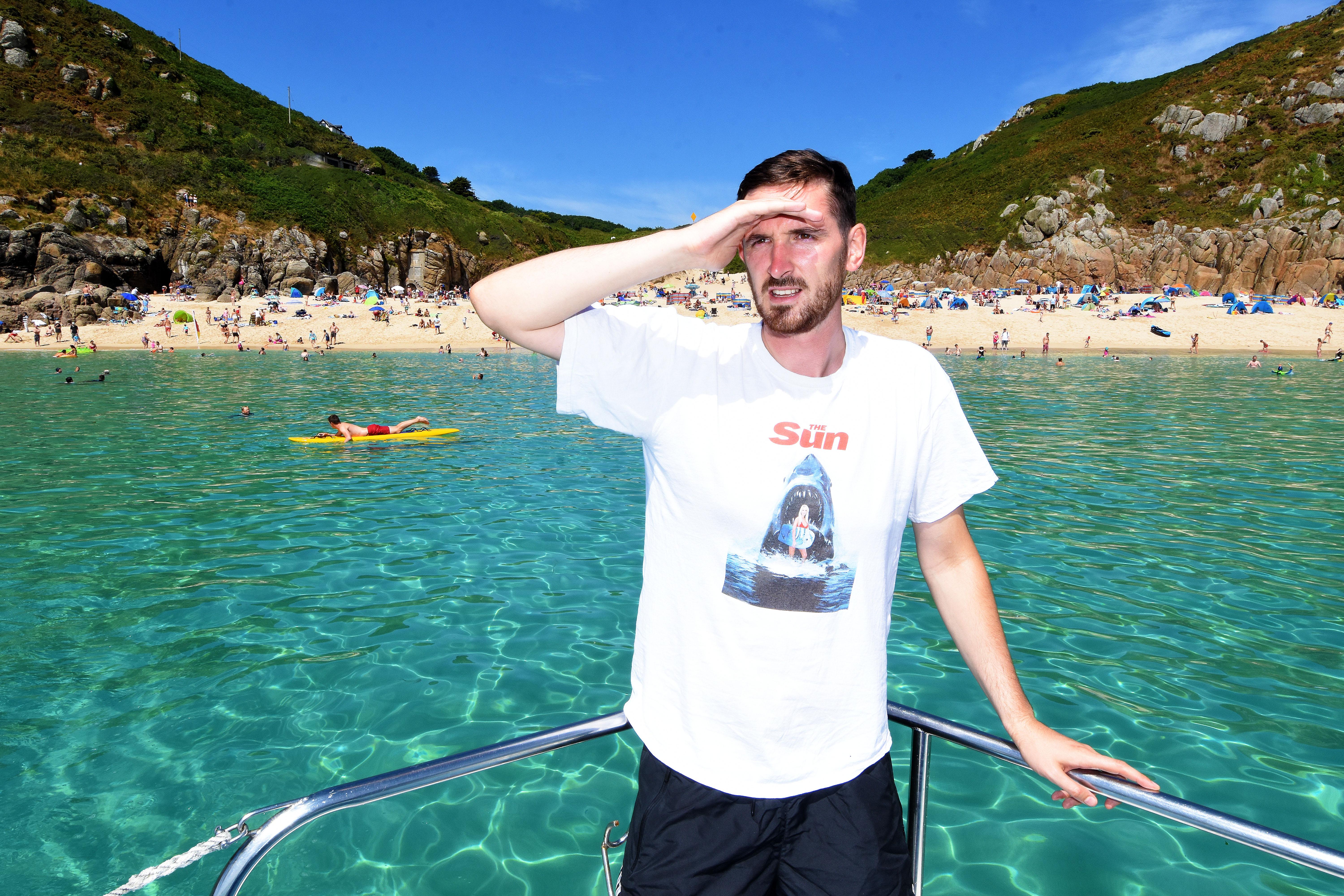 Holidaymakers hoping to travel to France were fuming yesterday after Eurotunnel cancelled some services.

The firm took the "unprecedented decision" to stop passengers from travelling on Friday if they were due to return on the same day or Saturday in a bid to ease long queues.

Passengers faced delays of up to six-and-a-half hours on Thursday when air-conditioning units failed on trains.

And as of Friday morning, the operator was warning of delays of three-and-a-half hours.

Weather records for the UK and further afield:

– 32.9C: The hottest temperature ever recorded in Scotland, on August 9 2003 in Greycrook.

– 35.2C: The highest temperature ever recorded in Wales, on August 2 1990 in Hawarden Bridge, Flintshire

Eurotunnel said: "The prolonged and unprecedented temperatures in the South East of England are affecting the air conditioning on board our shuttles.

"Due to the high level of traffic booked, we are currently unable to check-in any customers arriving more than two hours before their booked crossing time.

"We strongly recommend that you stock up with water and take a comfort break prior to arriving at our Folkestone Terminal."