Brits had already been warned to brace themselves for a month's worth of rain today as thunderstorms  are set to lash the country for the next three days. 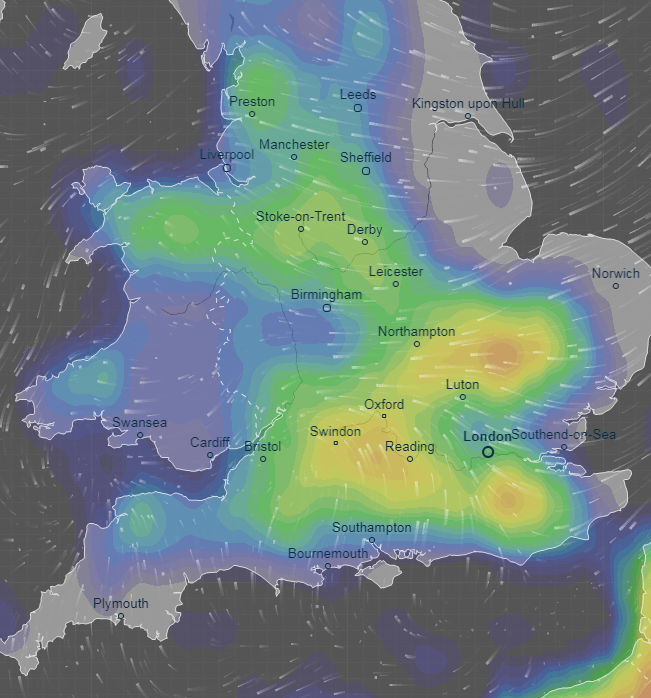 Great Western Railway, who serve south Wales and southern and western England tweeted: "An amber weather warning for heavy rain showers and thunderstorms means Network Rail will introduce speed restrictions across many parts of the GWR network from 16:00 today to 06:00 tomorrow.

"Ticket restrictions have been lifted, travel as early as possible."

Arriva Trains Wales also posted on social media: "An amber weather warning is in place across all areas of south and mid Wales from 16:00 today until 06:00 tomorrow.

"Pack an umbrella and please check your journey before you travel." 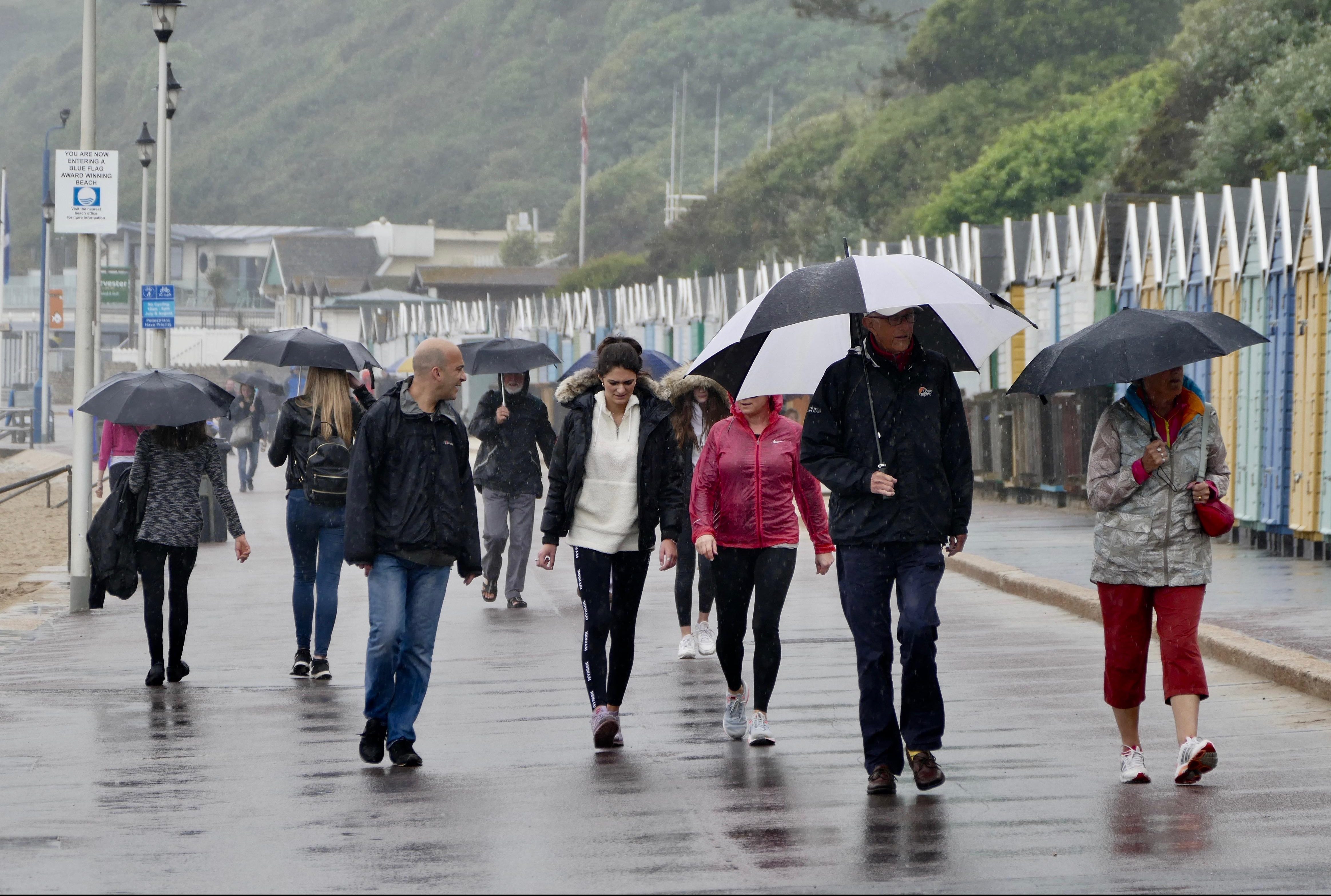 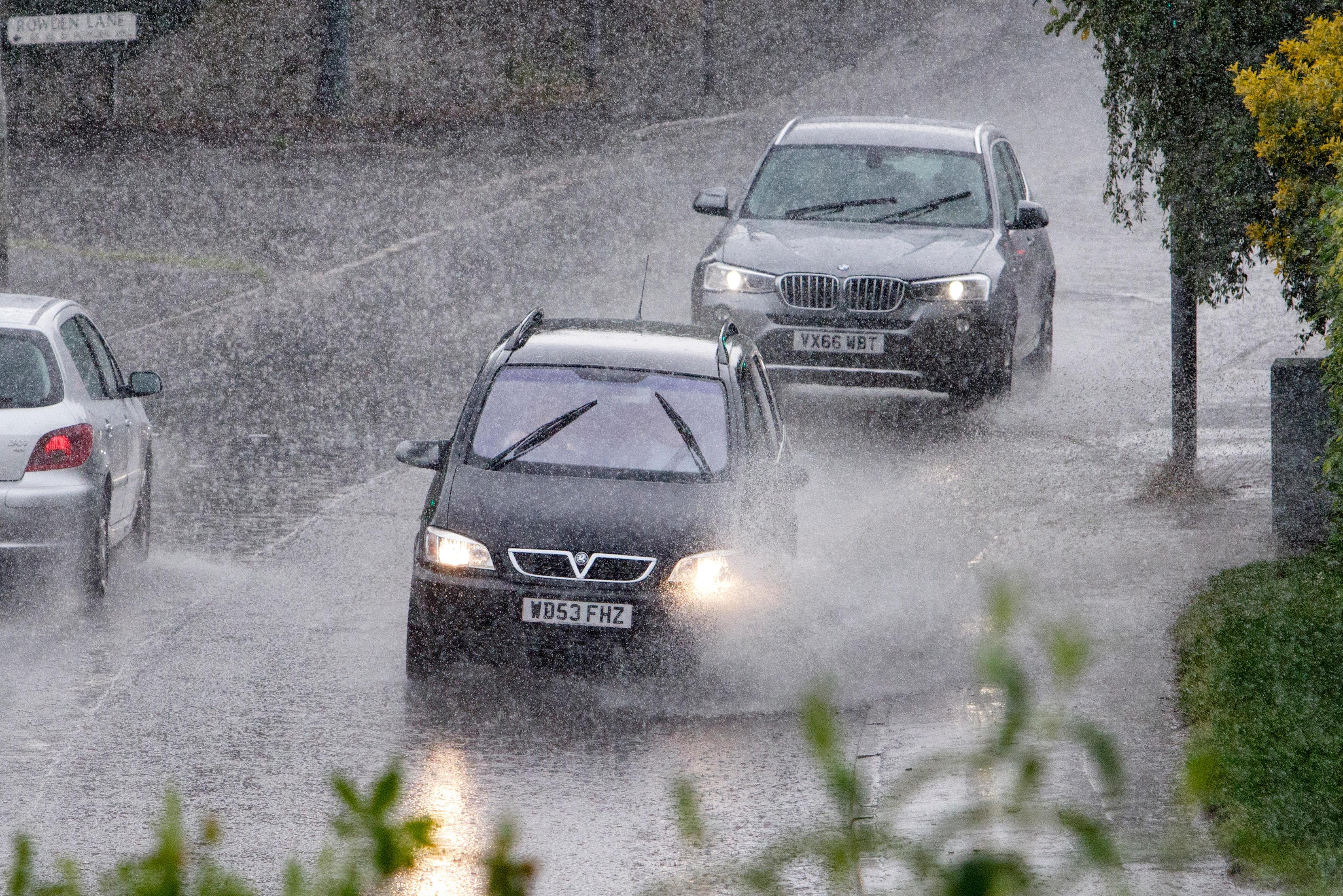 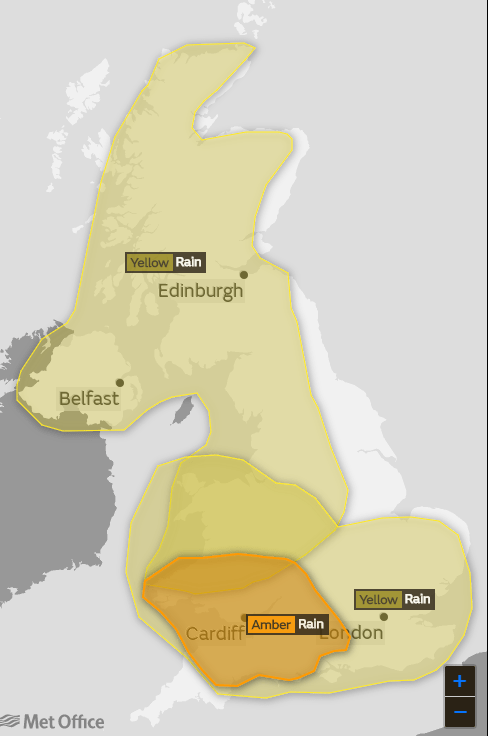 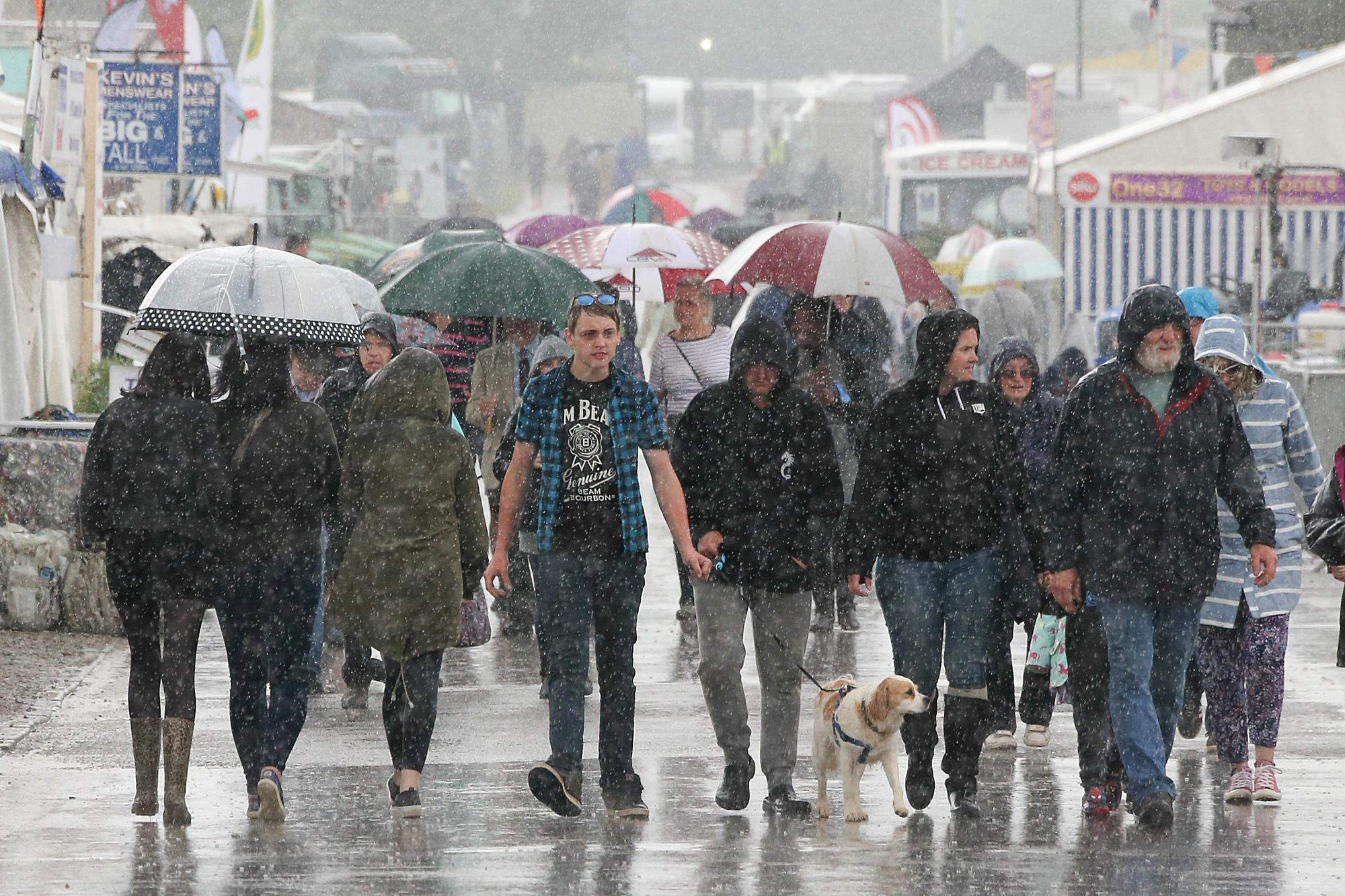 More than three inches of rain are expected to fall in just a matter of hours today sparking fears of flash floods and overflowing rivers.

It has prompted forecasters to put amber-graded weather warnings for torrential downpours in place for the next two days, with thunderstorms expected until 9pm on Saturday.

Dozens of flood alerts are already in place across the South East with the Met Office warning homes and businesses could be damaged by floodwater and lightning strikes.

The heavy rainfall will outstrip the month's average in places including Hertford – which generally only sees 60.2mm in May.

Met Office meteorologist Bonnie Diamond told The Sun Online: "There is a risk of torrential rain and downpours that could lead to flash flooding across the southern half of England and much of Wales. 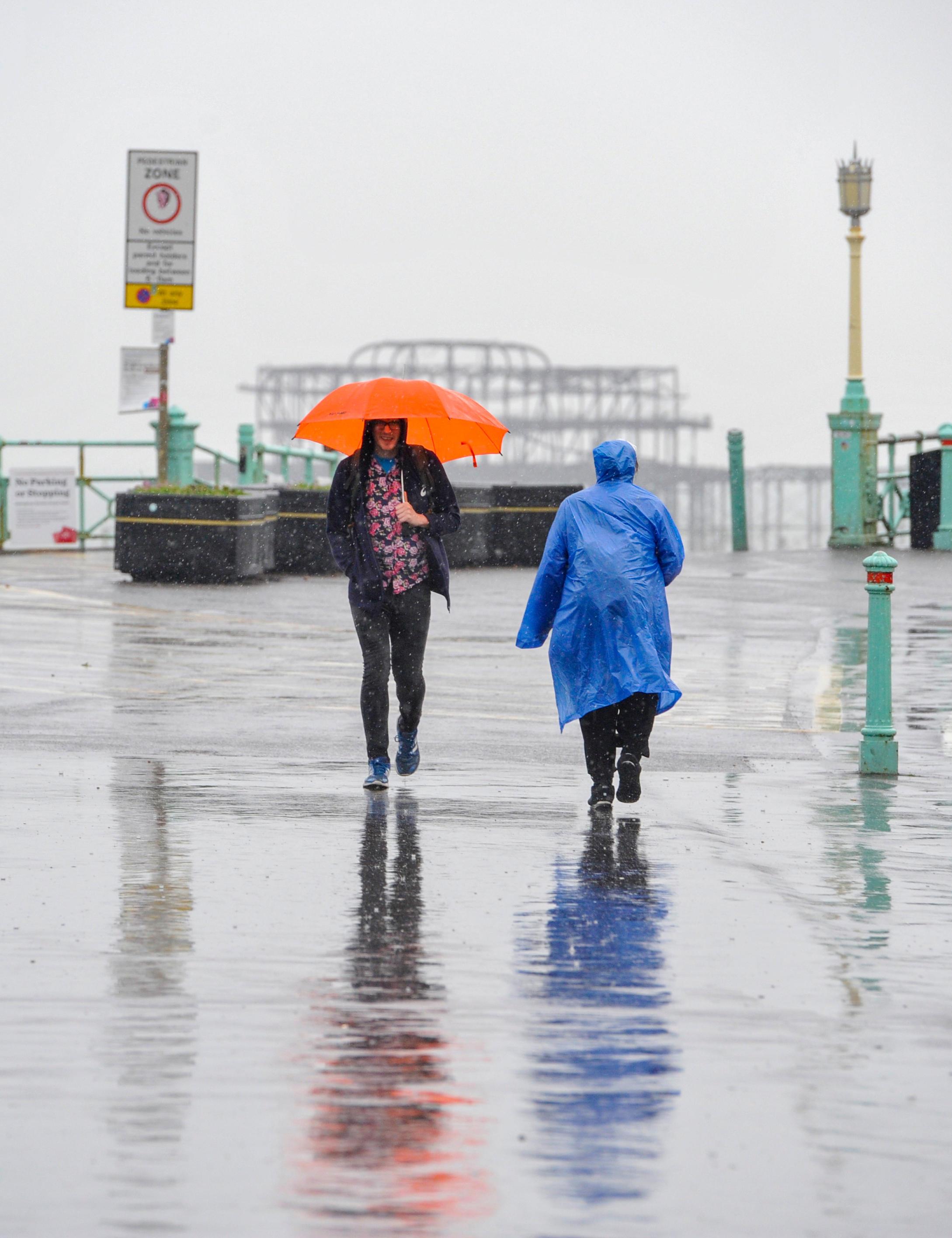 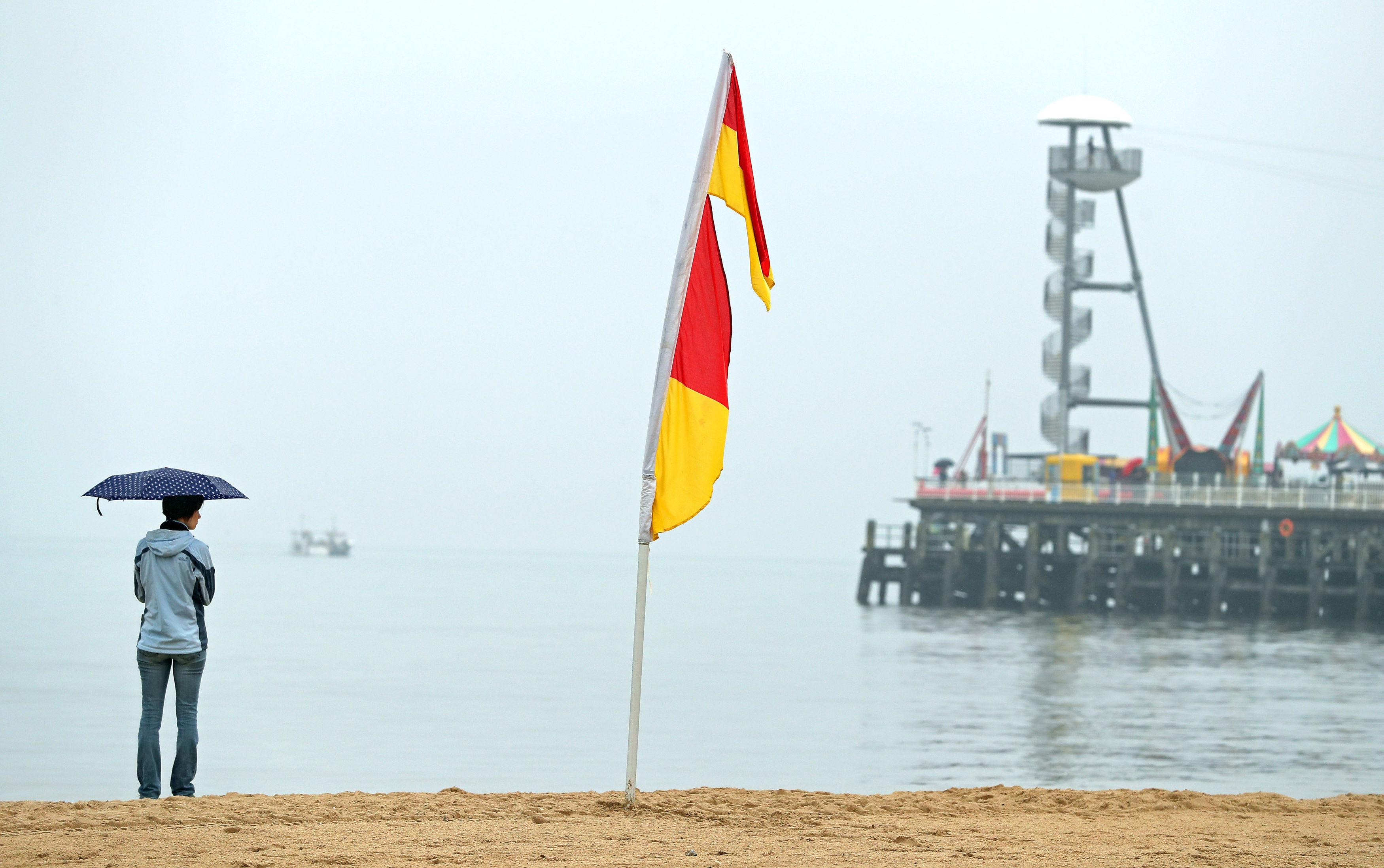 "There's a small probability of 60mm that could lead to flash flooding that could cause difficult driving conditions, road closures and damage to businesses and homes."

Ms Diamond added: "It's not impossible that some areas might see their total monthly rainfall in one day but it's important to remember that all it takes is one very heavy prolonged shower."

A "danger to life" caution is in place for the weekend with homes and businesses in the firing line from floodwater, lightning strikes, hail and strong winds. 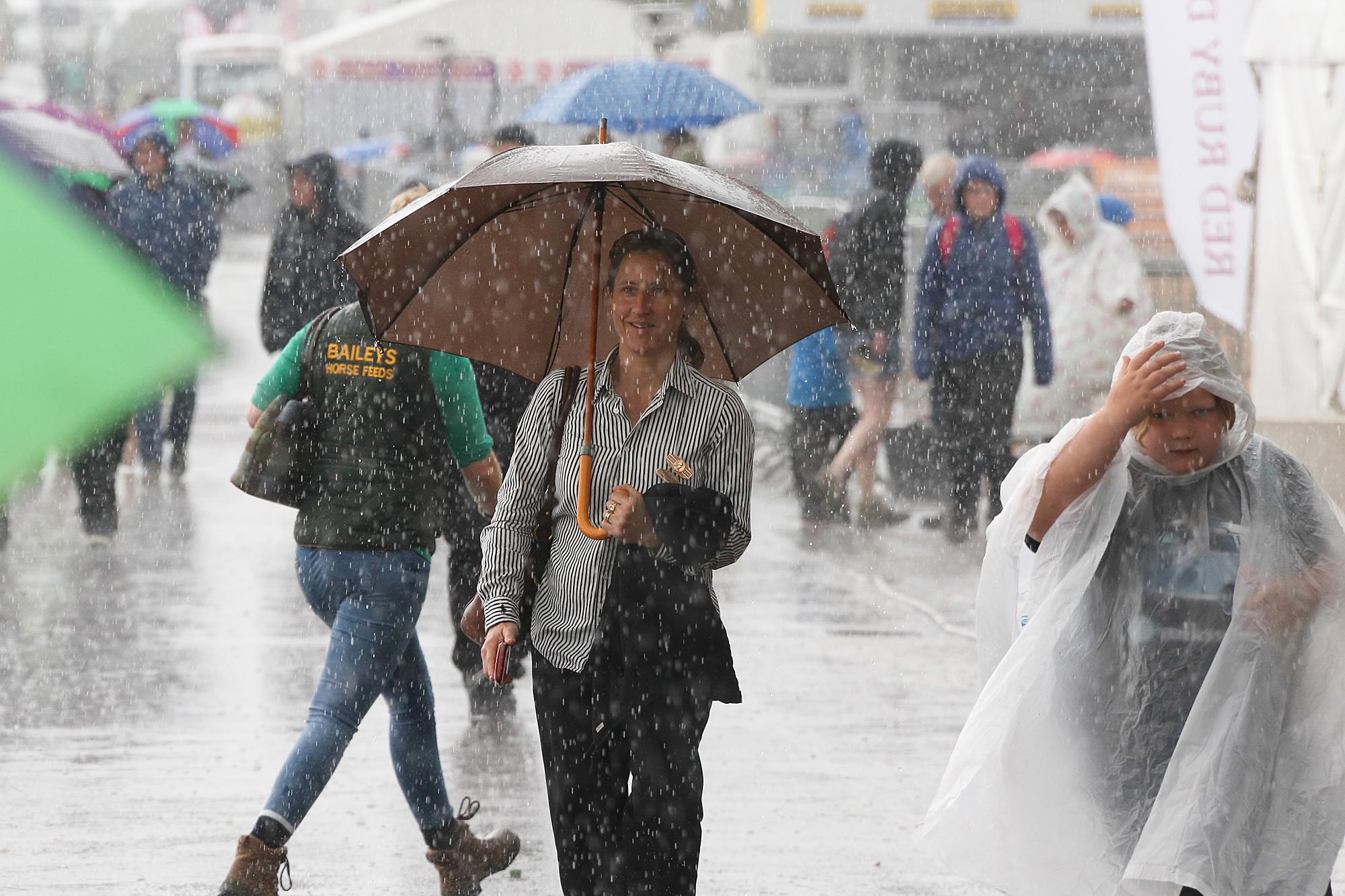 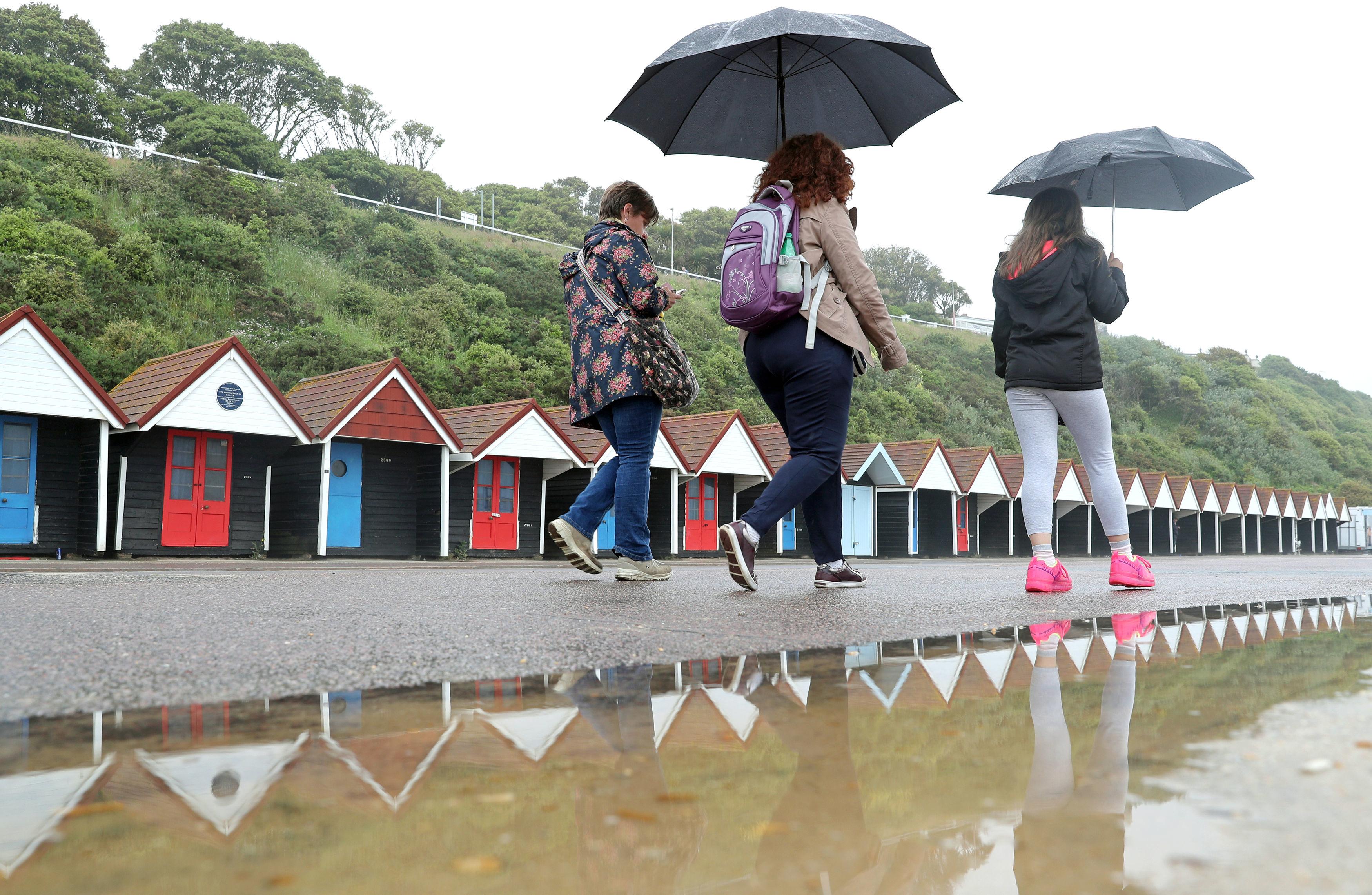 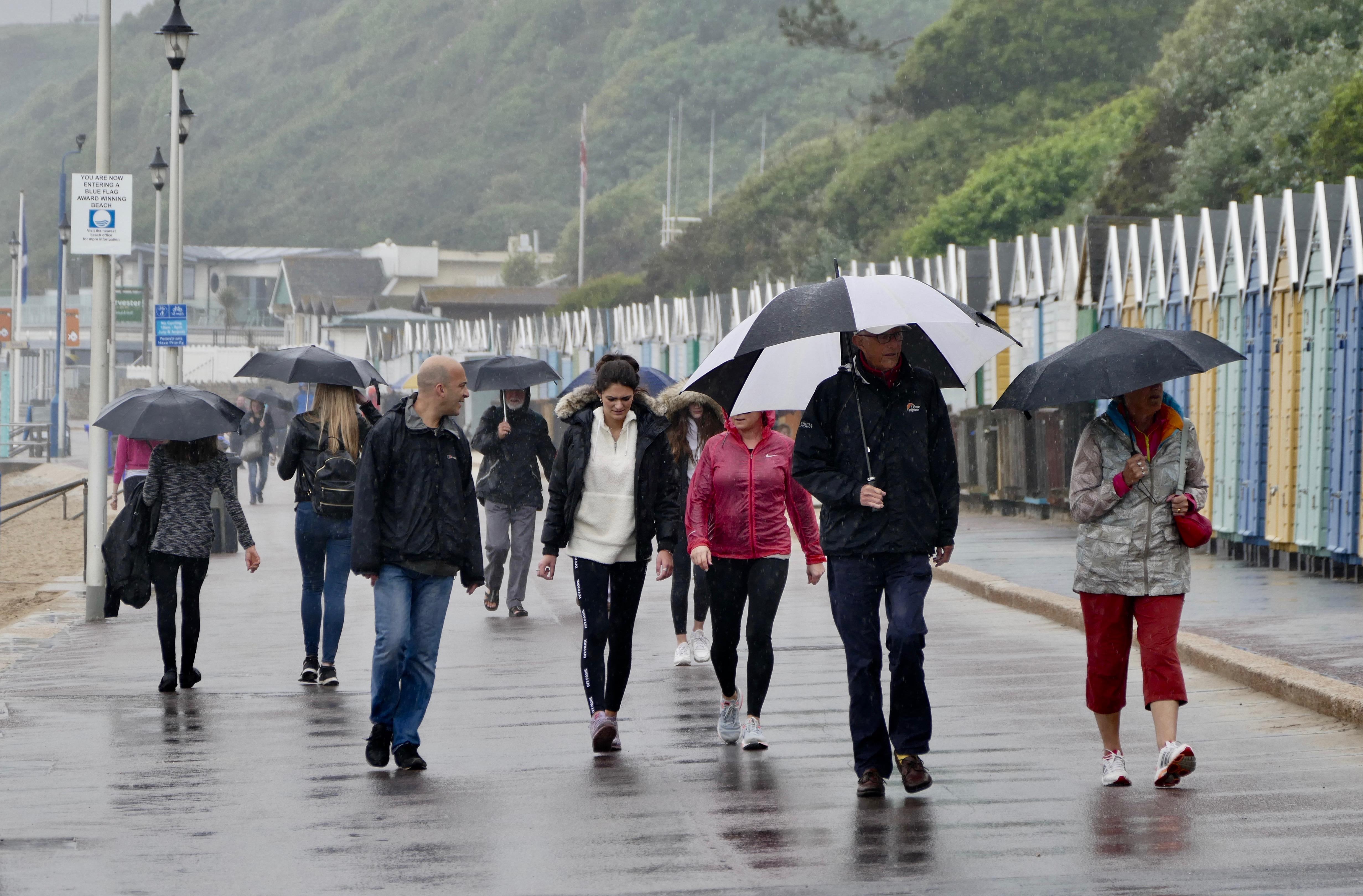 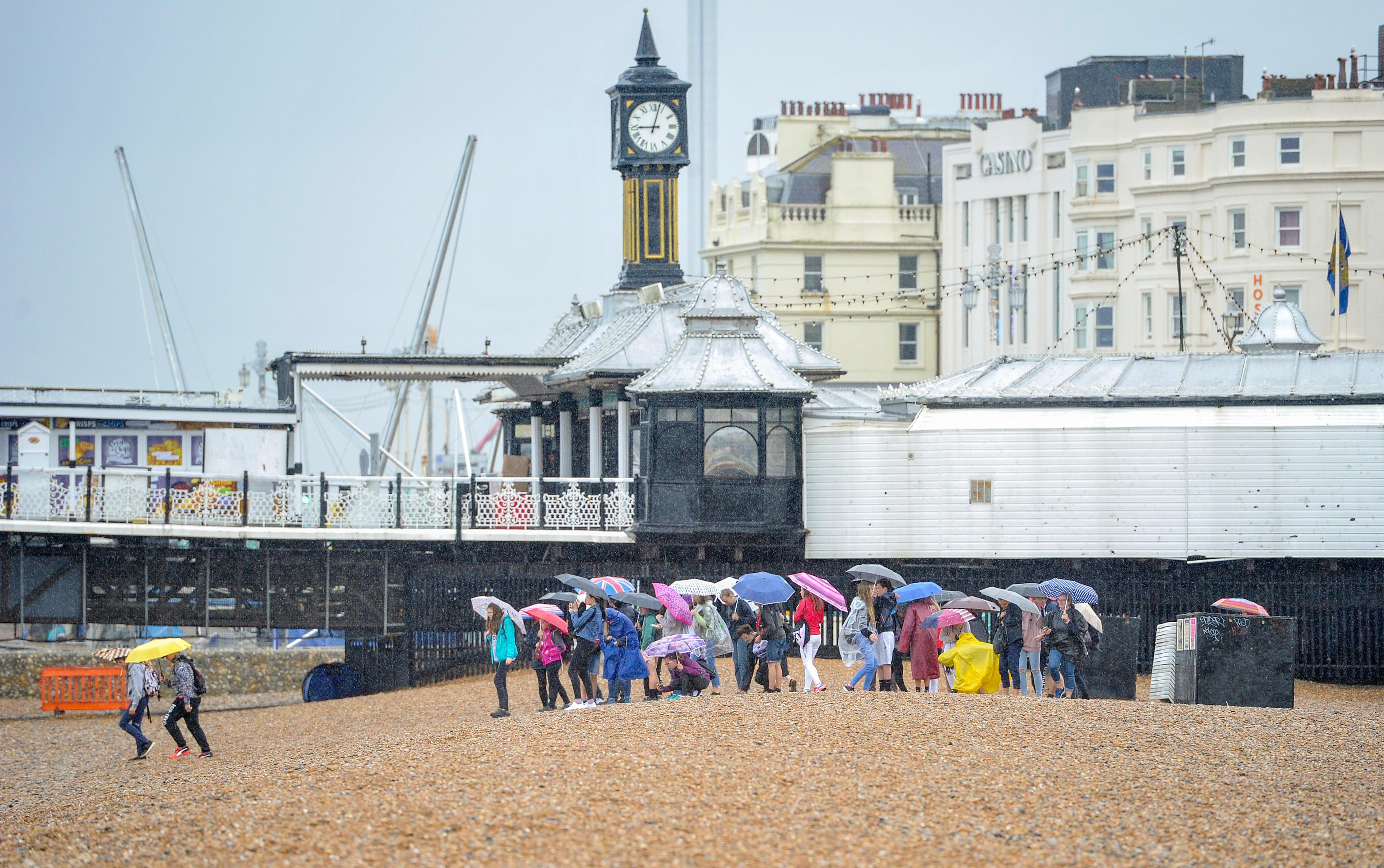 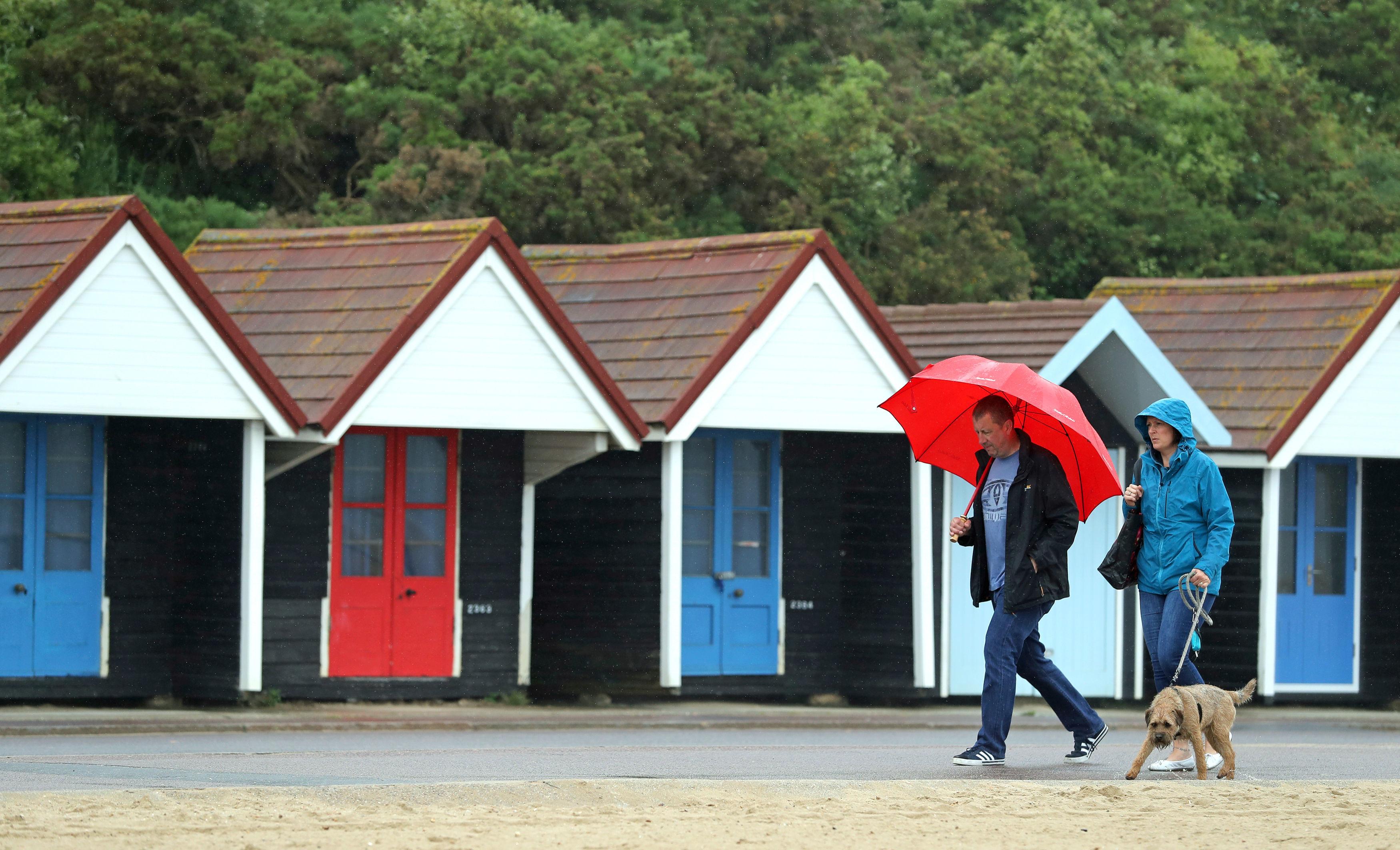 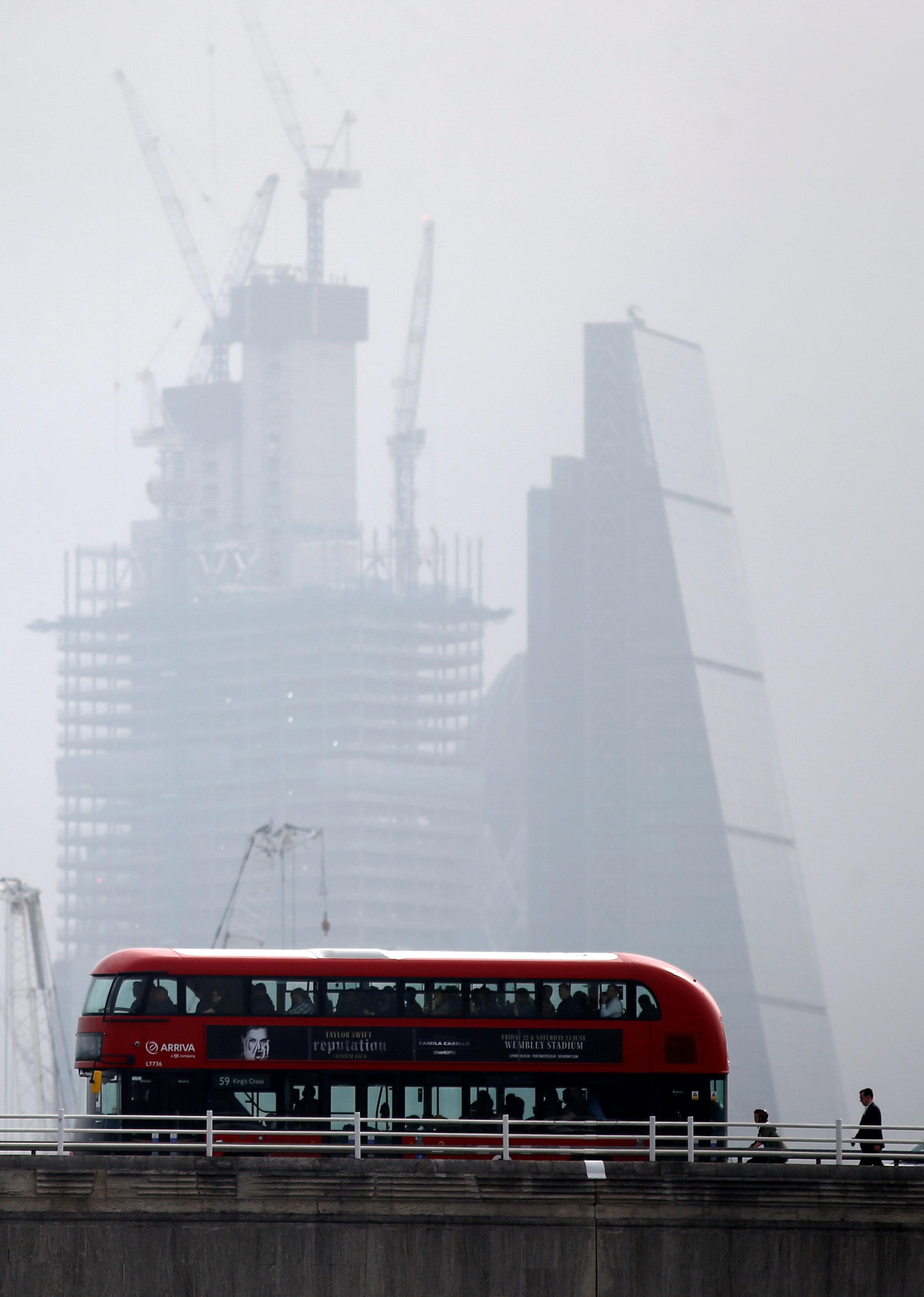 Homes could also be hit by power cuts today as the wild and wet end to May sets in.

"The main risk is for the western counties of England, with urban areas most likely to see the impacts of any flash flooding."

She said that teams from the agency would work "24/7" to operate flood defences, clear blockages in rivers and streams and supporting partners at any incidents of surface water flooding.

"With heavy rain forecast during rush hour, drivers should stay up to date with the latest weather forecast and travel information before making their journey," she said.

"We remind people not to drive through flood water as just 30cm can move your car." 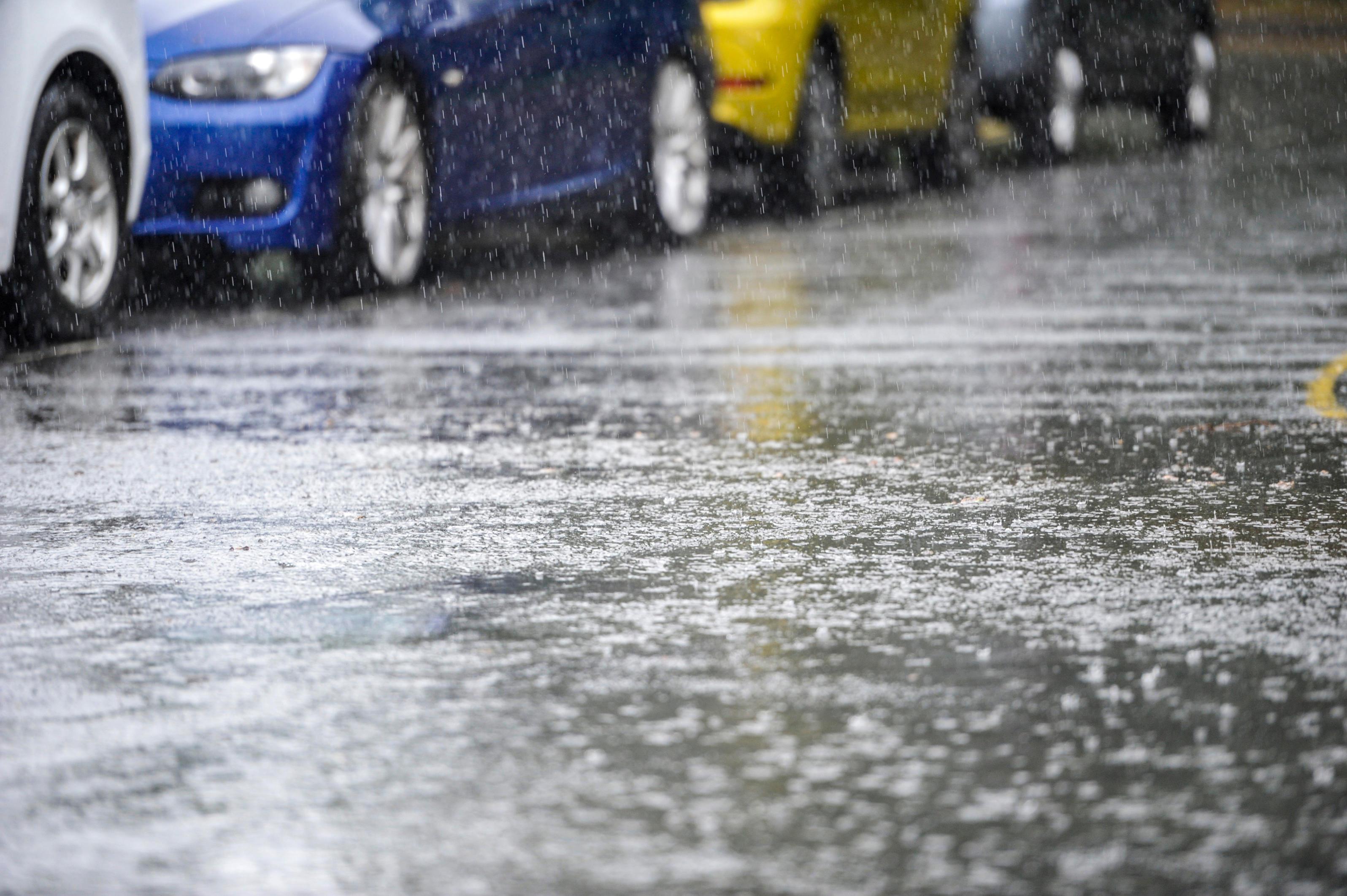 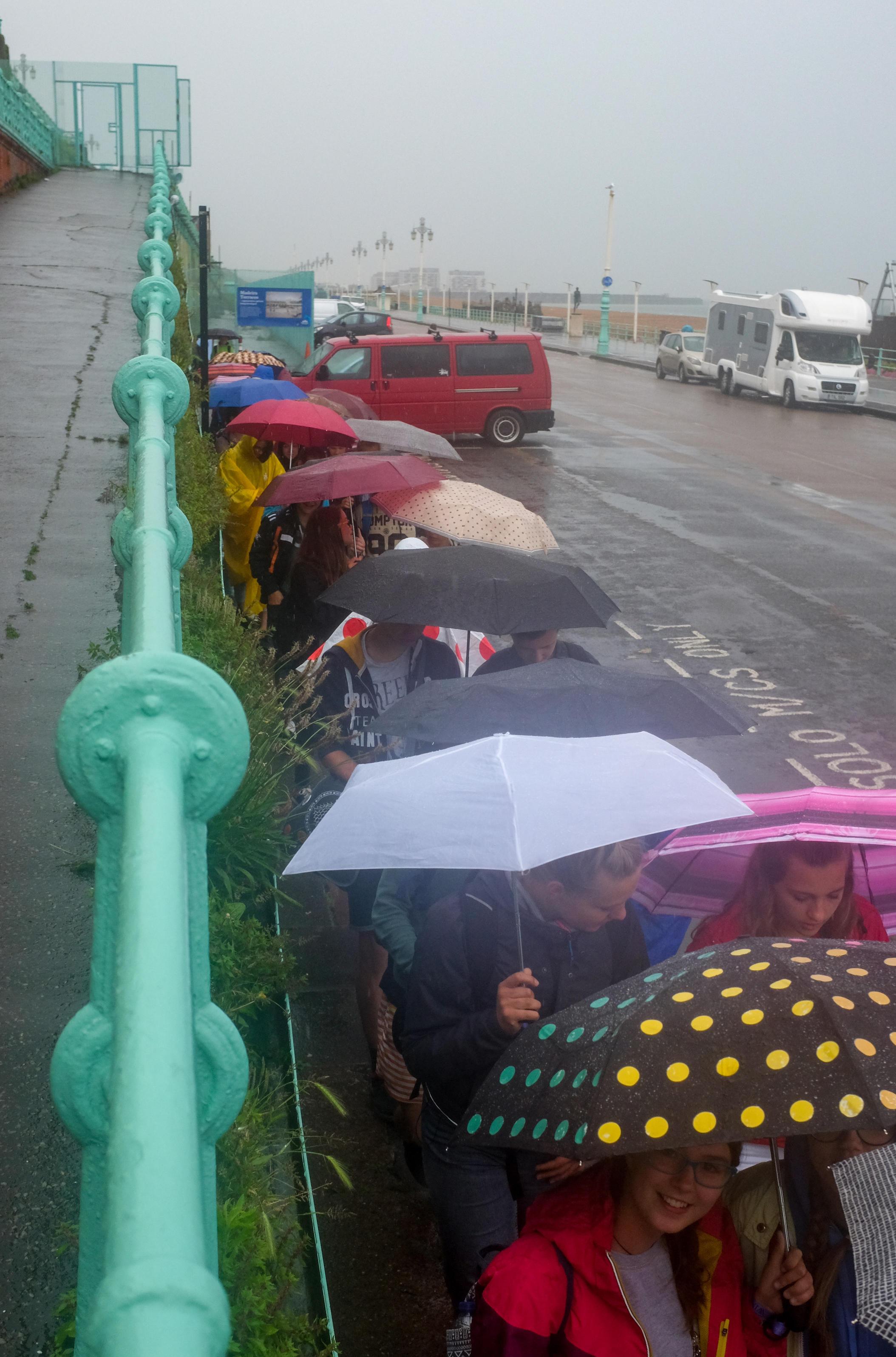 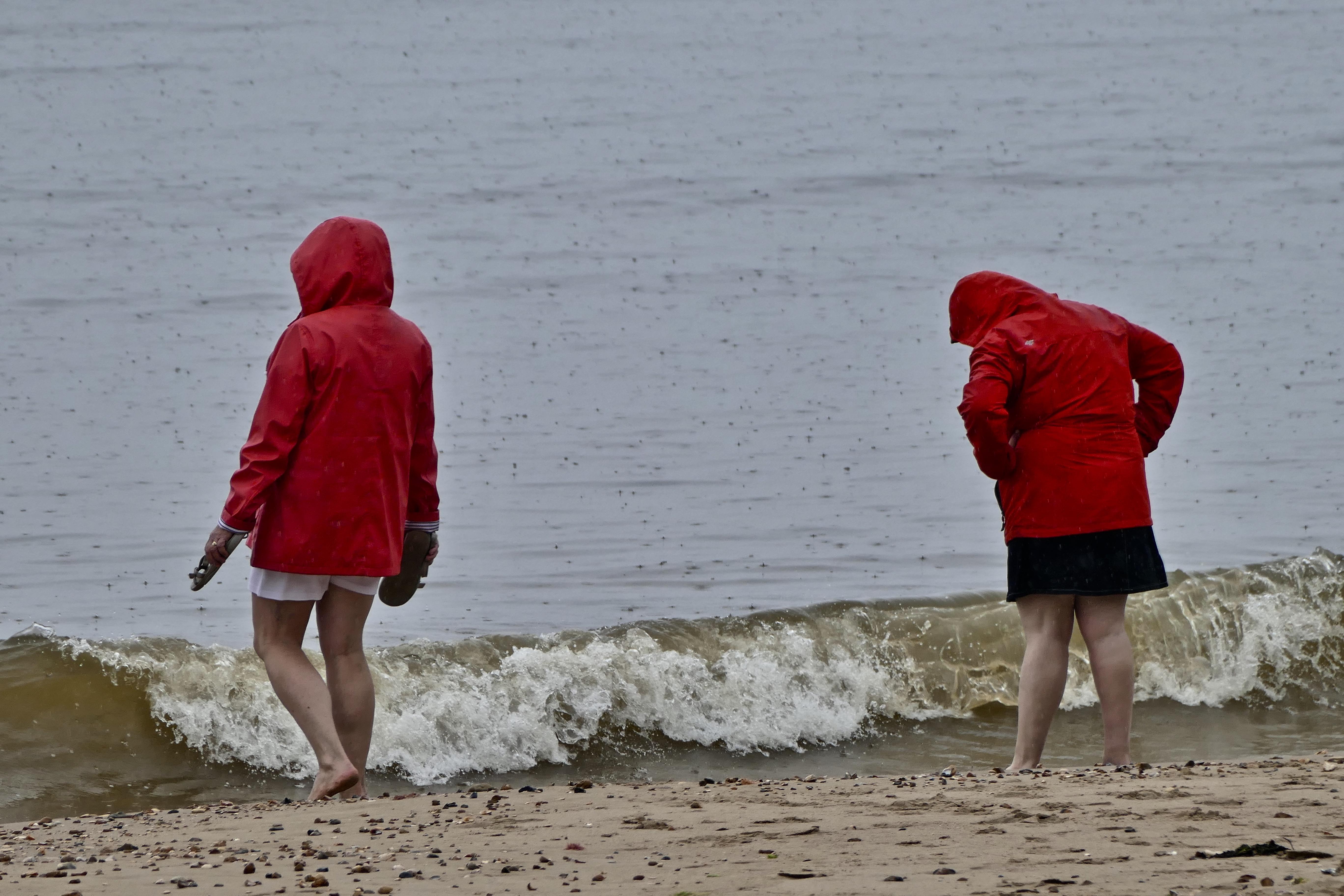 According to the Met thunderstorms will become more widespread tonight.

They warned: "Thunderstorms continuing over Wales and much of England, with the risk of hail, lightning and torrential downpours, only easing later.

"Mist and fog for some, with clear skies in northwest."

It comes as leading bookmaker Coral has cut the odds on the UK seeing the hottest June day since records began to 4-1 from 10-1 amid signs of a potential heatwave to come in the next few weeks.

The current record is 35.6C, recorded back in 1976. Coral are offering odds of 2-1 that next month goes on to be the hottest June on record.

Coral’s Harry Aitkenhead said: "Last June we reached well over 30 degrees during a spell of thunderstorms and all the signs are now that we could be set for another wet and wild heatwave this June.

"The records for both the hottest month and the hottest day are both well within the realms of possibility and we’ve cut our odds accordingly."