High pressure is expected to move into Central Europe at the end of May and the start of June, potentially sending hot African air upwards into the UK. Brian Gaze, a forecaster at Weather Outlook, shared a long-range temperature chart, which showed orange and red shades of hot air pushing up towards the south of England on Wednesday, May 26. He added: “GFS12z tapping into some warmth towards the end of May.”

London, Surrey and Kent in the south east of England could be set to scorch during the last week of May as highs of 24C hit on Tuesday 25, the latest temperature charts from Net Weather show.

Buckley and Wrexham in northern Wales could also bask in 24C on the same day, while Bristol and Manchester see 23C.

The north east of England, including Newcastle and York, could be hit with 21C.

Mr Gaze predicted temperatures could start to rise in southern and eastern regions from the middle of next week as the end of May approaches. 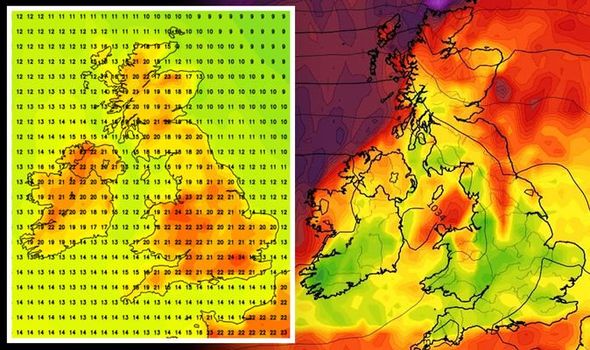 He wrote on his website: “Through the middle part of the week there is the possibility of drier and warmer conditions in southern and eastern counties for a time. The north and west remain showery.”

The forecaster also said “very warm days are possible” during the last week of the month.

Mr Gaze said: “Early on a drier and more settled spell may develop for several days.

“In the south it could become quite warm. Later on a transition back to more changeable weather is favoured. 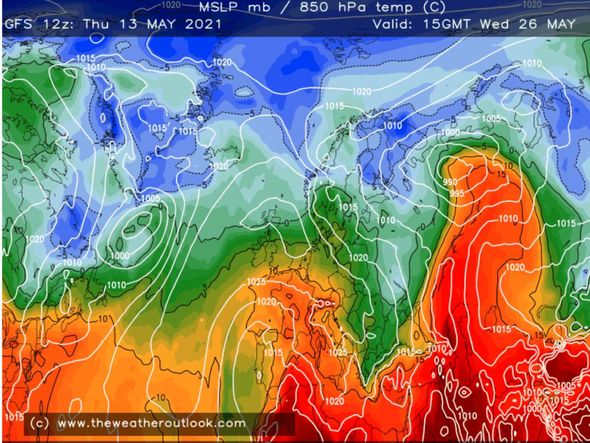 “Rain amounts and temperatures become close to the norm for the second half of May.

“Therefore, some warm or even very warm days are possible. However, there isn’t a signal for more generally settled conditions.”

Forecasters at Net Weather also expected “a taste of summer” to arrive by Friday, May 28.

The website said: “Perhaps briefly finer and quite warm, then probably cooler and unsettled again with showers. 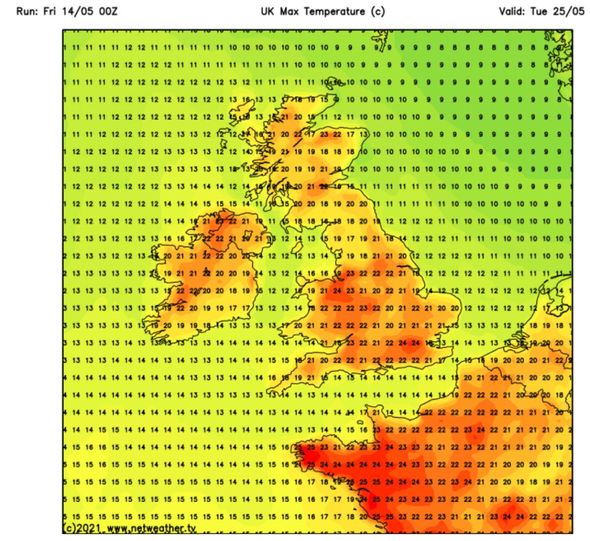 “A few further chilly nights possible. An increasingly finer, sunnier, warmer weather picture is indicated towards the end of this period especially in the North and West.

“Between Saturday, 22 and Friday, May 28, a taste of summer for most and probably becoming very warm or hot.

“Probably a mostly dry period in the North and West, but hit and miss showers and storms likely mostly in South and East.” 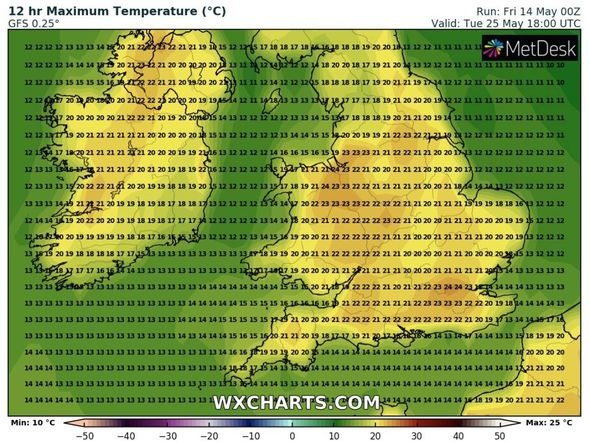 The BBC’s long-range forecast between Monday, May 24 and Sunday, June 6, said its computer model forecasts were still “poor” for the end of May, meaning it is still too early to guarantee the exact weather patterns.

However, its most likely scenario so far could potentially see high pressure moving into Central Europe and pushing hot African air into the UK from a southerly direction.

The forecast said: “For the end of May and early June, confidence is a bit lower, especially for temperatures.

“The computer model forecast skill is very poor at the moment due to the models struggling with high pressure in northern Europe. 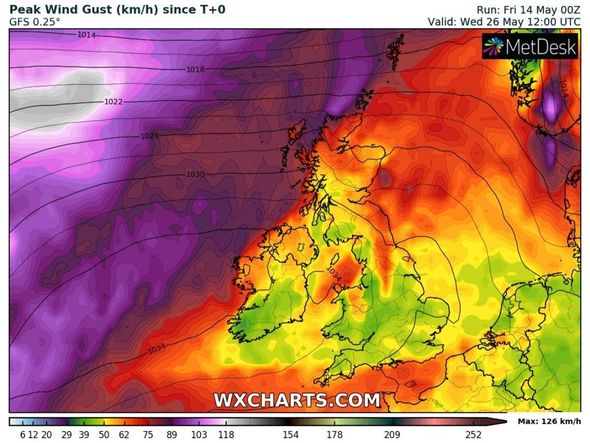 “We also expect to see occasional strong low pressure systems track in from the Atlantic.

“These will bring some wetter, windier spells with a chance for some brief warmth too.

“We are leaning more on our historical analogues for this range of the forecast.

“This is where we examine previous years with similar large-scale weather patterns to what we’re seeing this year. 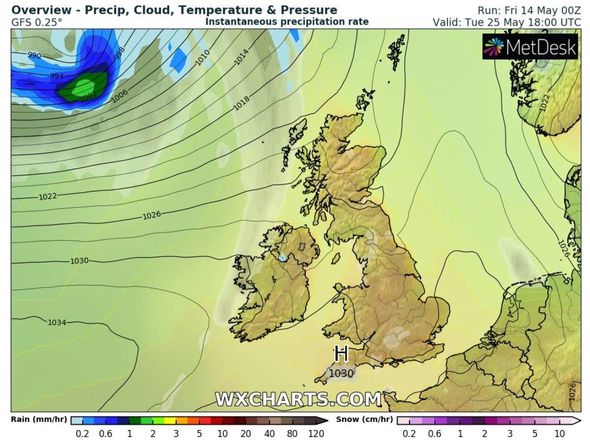 “1996 highlights our main risk scenario, which is that high pressure shifts into Central Europe and send hot African air into the UK from the south.

“This could result in some well above average temperatures for several days.

“There is perhaps a 35 percent chance of this developing in early June.” 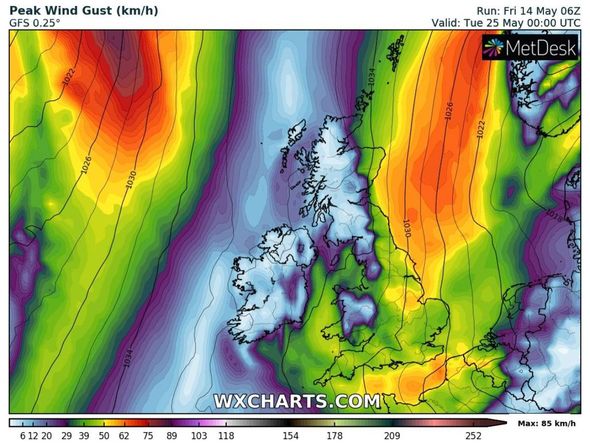 The Met Office’s monthly forecast also predicted “dry weather and sunshine” at the end of the month.

The forecast between Thursday, May 27, and Thursday, June 10, said: “Confidence is low for this outlook as is typical of late spring and early summer.

“However perhaps a trend to rather more settled conditions as we move into early June with more in the way of dry weather and sunshine.

“With this we are likely to see a recovery in temperature too, although at this stage there is no strong signal for any very warm weather.”