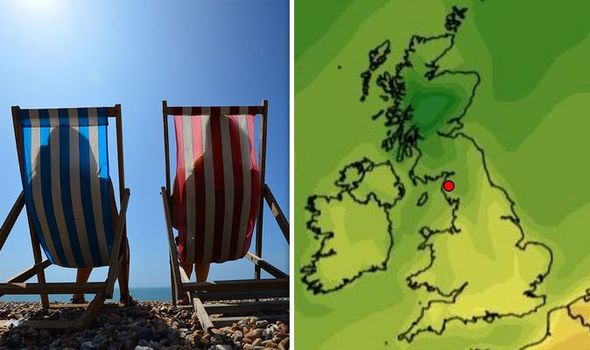 That is according to the Met Office’s latest weather forecast. Meteorologist Mark Wilson gave Saturday morning’s forecast. He explained: “Much of the UK will have a really fine day on Saturday, lots of spells of sunshine across the country.

“The exception to the rule though will be across northwestern parts of Scotland, here we will see more cloud and outbreaks of rain.

“It’s already raining across the Northern and Western Isles to start on Saturday morning, some of that rain quite heavy and persistent, some patchy rain further south across Scotland too.”

Mr Wilson added: “A bright start to the day across Northern Ireland but a very sunny one across the bulk of England and Wales.

“Quite a cool start to the day too for many areas but those temperatures quickly lifting through the morning.” 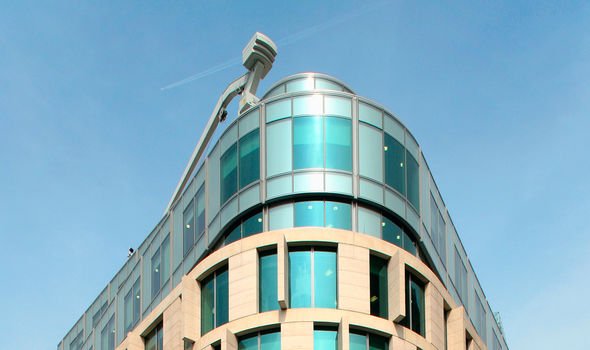 The picture is expected to remain the same for much of Saturday.

It will be cloudy across Scotland and Northern Ireland in the afternoon but could hit 23C (73.4F) in London at around 3pm.

Mr Wilson adds: “Now, we end the day on a fine note across much of England and Wales, but that cloud and rain continues to slowly sink its way southeastwards affecting Northern Ireland and northern England by the early hours of Sunday morning.”

There may be some showers across the far north and some mist and fog towards the south. 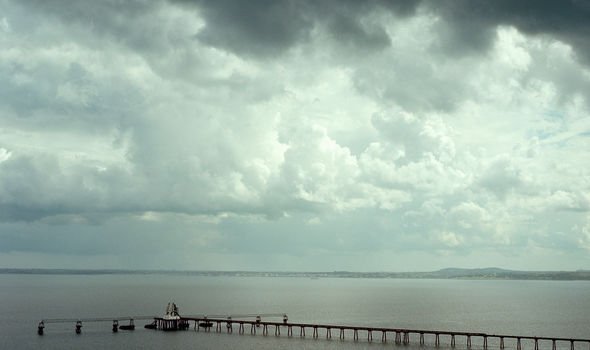 There will be heavy and persistent rain for some parts of the country on Sunday.

But it will be mainly dry in the south and the far north of Scotland.

The Met Office, Met Eireann and KNMI have also revealed the list of storm names for 2019/20.