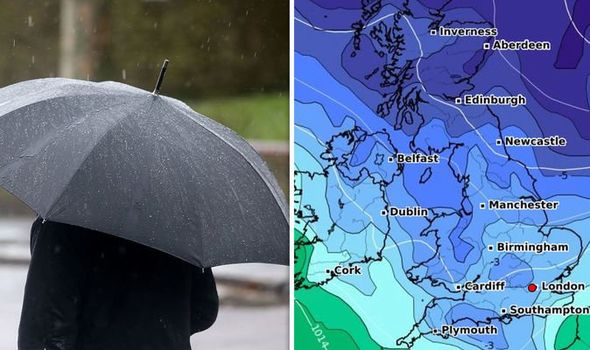 On Saturday, the weather is likely to be drier and warmer across most of the UK. However, the northeast coastline will be especially “chilly and gloomy” going into Saturday morning. The east coast of Scotland will see rain and drizzle which will move its way across northern Scotland with brighter weather expected in the southwest. Commenting on the conditions, Met Office meteorologist Alex Deakin said: “It will be a much brighter day for northern Ireland compared to Friday and there should be quite a bit more sunshine over northwest England.

“There should also be brighter skies across the south of England and west Wales.”

East Anglia will see some showers with one or two developing across the southeast in the afternoon.

He added: “The east coast of England and a good part of Scotland will be gloomy with rain continuing across the far northeast during the early afternoon.”

However, the rest of the country should see much brighter skies – especially across Wales, Northern Ireland and southwest England – compared to Friday. 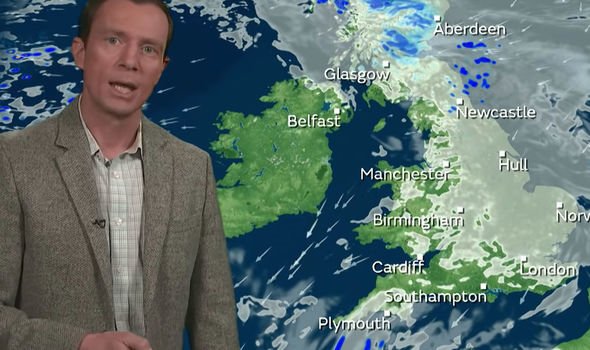 Mr Deakin said it will feel “quite a lot warmer” compared to the rest of the week with temperatures rising to 13 or 14 degrees Celsius in some areas.

It will feel especially cold due to the rain and drizzle which will continue through northern and central parts of Scotland during Saturday evening.

Mr Deakin said: “Elsewhere, will be dry but the cloud will be drifting its way from east to west, with the far southwest catching a few showers. 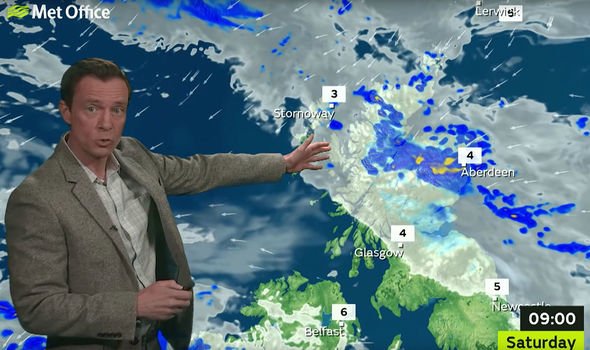 “With more cloud around, it means Sunday morning won’t be as cold as Saturday morning but it does make for quite a glum start.”

There will still be rain and drizzle for northern Scotland and some showers across eastern parts of England.

Showers are also likely across the southwest but many places will remain dry.