BRITS are basking today on the hottest February day EVER – but don't pack up your brollies, as rain and cold is on the way.

Sunny conditions are set to continue until at least Thursday thanks to a plume of hot air from Morocco which sent mercury soaring to over 20C. 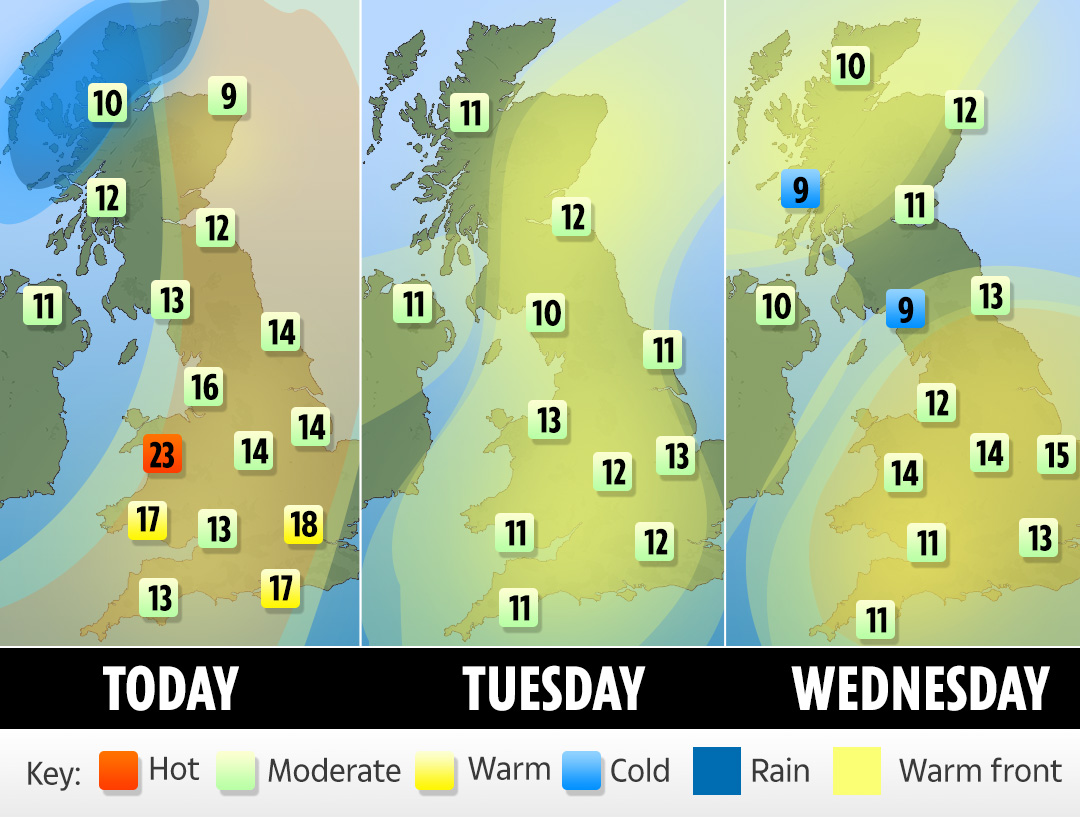 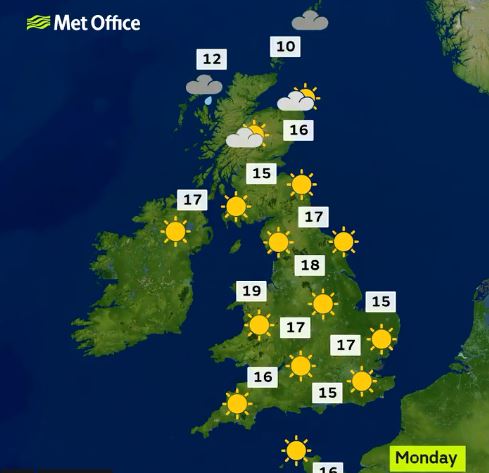 The hot spike, recorded in in Trawsgoed in Wales, is the highest February day since February 13, 1998.

Parts of the UK were hotter than Malaga and Rome (both 15C) and the Algarve (18C).

It's likely to stay warm, today, tomorrow and Wednesday

But it won't be for long as Britain is about to fall to the mercy of the Atlantic as it hurls a barrage of stormy weather systems our way, forecasters warn.

Parts of the country are on alert for 80mph winds by the weekend with heavy downpours threatening a grim start to spring.

Sponsored content: Be in control of your bills – and save up to £518

SWITCHCRAFT is a free service that finds you the right energy deal – and you could save up to £518 a year.

The weather will take a dive from Wednesday after another day of glorious golden rays and possibly record-breaking temperatures.

Met Office meteorologist Sophie Yeomans said: “The warm weather is only expected to continue until Tuesday before we see a change take hold around mid-week.

“We will start to see more in the way of weather fronts come in from the Atlantic from Wednesday and we are expecting a very different picture by the end of the week.

“Temperatures will come down, however they should still stay above average for the time of year, around 12C (53.6F), so still double figures.

“Low-pressure systems will come in from the Atlantic later in the week, the jet stream will pick up a bit more and draw these lows across the UK.

“It will be a change compared to all the sunshine we have had over the past few days.”

In the meantime sun-loving Britons can lap up a few more toasty rays with spring-like sunshine forecast through Tuesday, Yeomans added.

She said: “There is still a chance we could beat the record for the month before the middle of the week.

“We have high pressure and lovely warm air coming in from the south and this is going to keep temperatures higher than average for the time of year.”

Next weekend will bring a stark contrast to the one just gone with even a chance of snow over high ground as temperatures dip.

Exacta Weather forecaster James Madden warned to make the most of the fine weather before things take a dive.

He said: “High pressure will dominate at the start of the week giving way to some more warm temperatures for the time of year.

“There will also be ample amounts of sunshine for many although there will be some cloud cover at times, clearer skies in the evening will make it feel quite chilly.

Enjoy it while it lasts

“Next weekend will bring a colder theme, and there is a chance of some snow to parts of the north and western Britain.

“The unsettled weather and snow will also be accompanied by some rather strong winds, gusts in excess of 70-80 mph are to be expected from next weekend onwards.”

In its last Monday weather forecast, the Met Office said: "Early fog patches will soon clear, with sunny spells developing for many.

"The sunshine may stay hazy though, and mist may affect a few coastal areas.

"It will feel warm and spring-like for most, but chilly on some coasts."

And forecasters at Meteogroup UK said: "It will be a dry day across the UK with the exception of some rain over northern Scotland this morning.

"This rain could last into the afternoon.

"There will be clear skies in the south of England and a mix of bright and sunny spells elsewhere.

"There will be warm temperatures and a south westerly wind."

Looking ahead to the warm weather in store this week, Sara Thornton, director of digital weather company Weathertrending told The Sun Online: "Records may be threatened as the air warms up again."

"And as the week goes by the sun is getting every stronger – meaning higher temperatures become more likely."

But after the surge in temperatures a cold snap is set to follow in the early days of March.

She added that this will bring "a return to lower pressure over Britain with cooler air from the north west."

The more unsettled weather due to arrive in early March will see gales in northern parts of the country.

Scotland in particular could see the return of some snow.

The Met Office said: "By early March we are likely to see much more unsettled conditions as weather fronts bring stronger winds, gales and rain at times to all parts of the UK.

"It will also be a little colder than recently, with snow over some of the hills and mountains in the north." 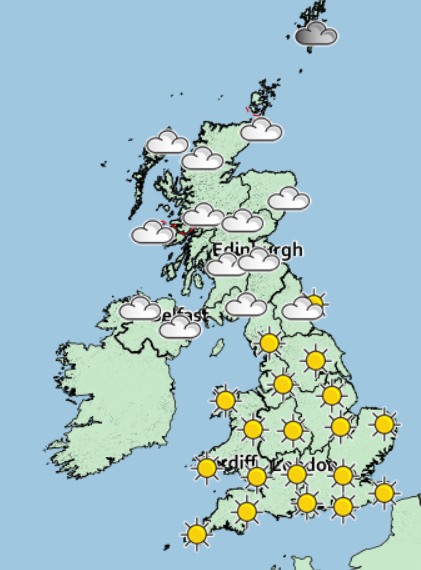 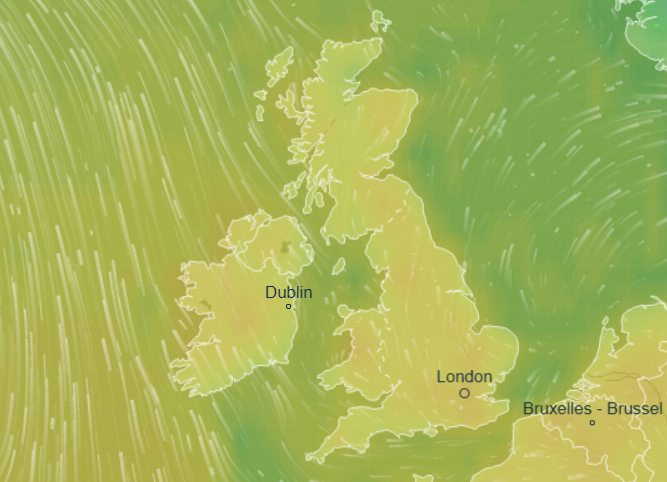 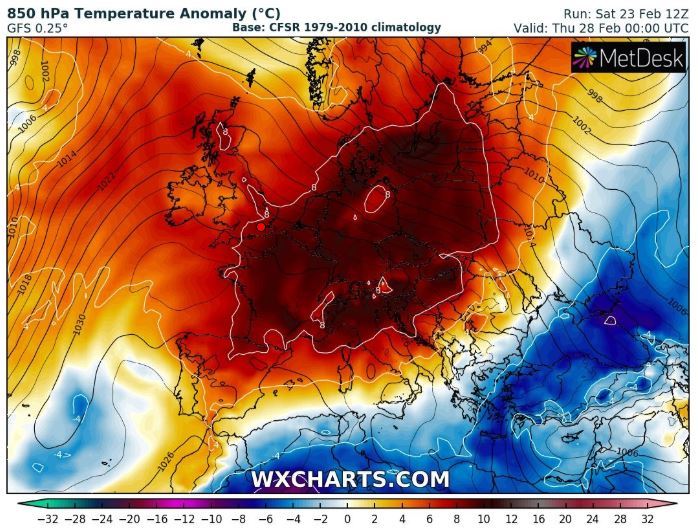 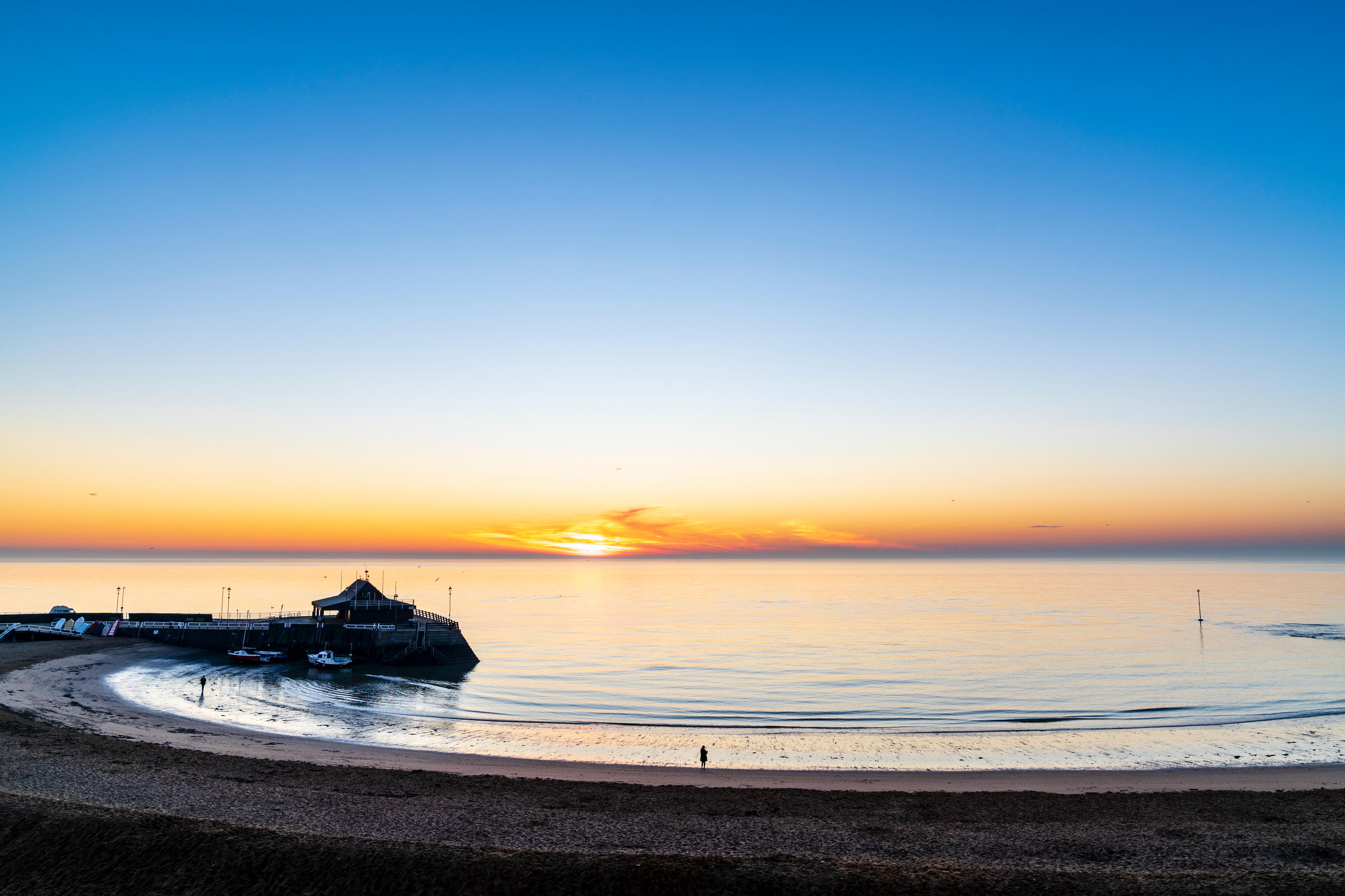 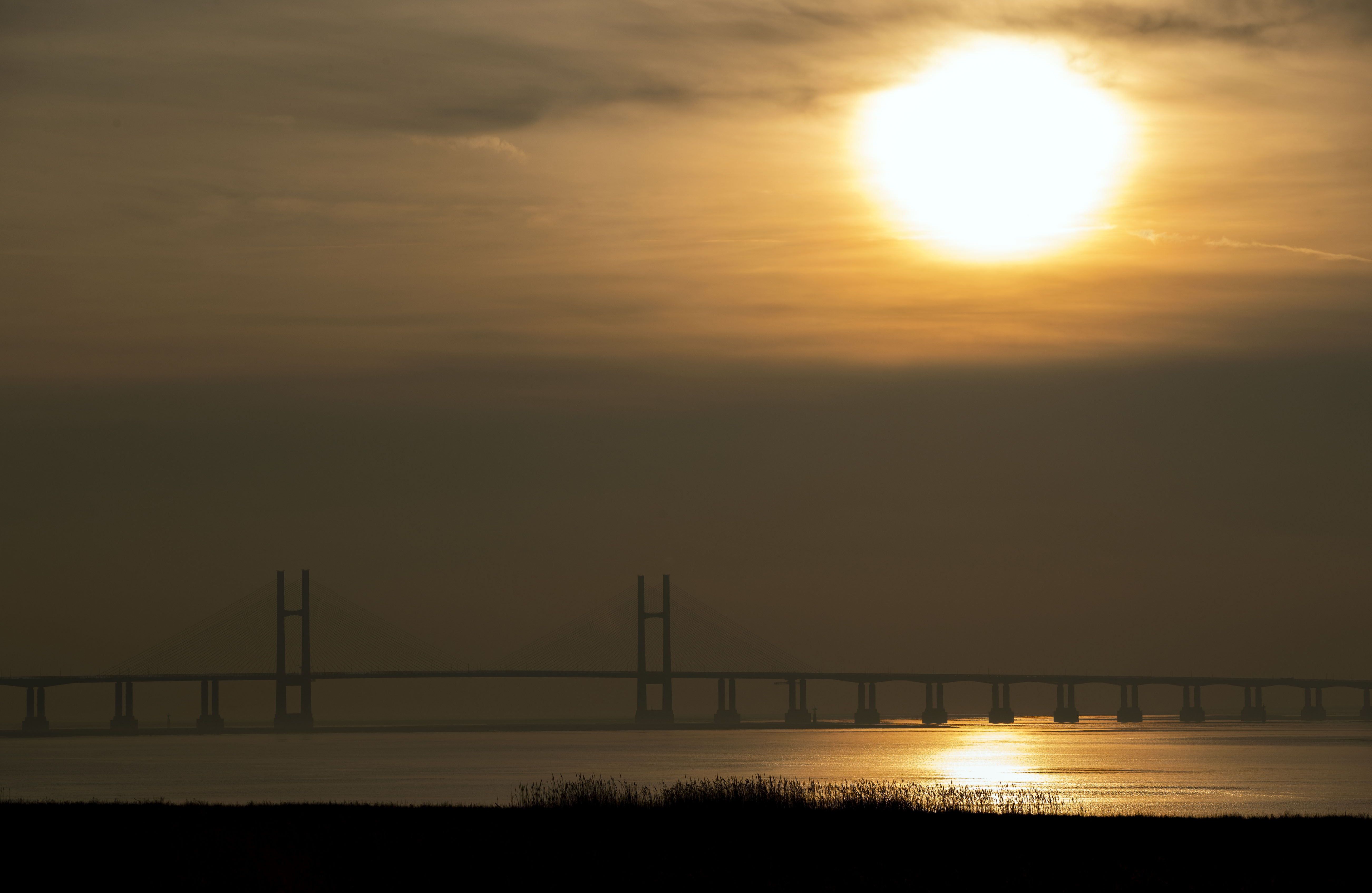