Get your big coat and gloves back out from the cupboard as winter is not done with us just yet despite April being on the horizon. Temperatures will hit between -2C and freezing tonight across the British Isles ahead of a cold week ahead, the Met Office warned today. The first Arctic blast arrived last night as the mercury dropped to -5C in rural areas. But weather forecasters say even daytime temperatures are set to tumble over the next few days as a band of low pressure moves in.

This will mean the week ahead will be colder and much more unsettled.

The Met Office warned Monday would start off “chilly” in the north with daytime temperatures plummeting to 7C.

But by Tuesday the colder air will push into the south bringing hail, thunder “and even snow in the north”. 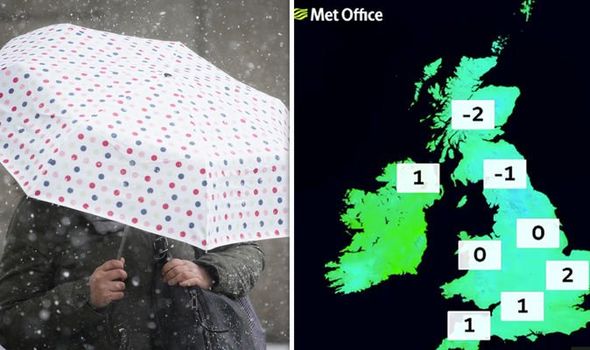 He said: “We have a cold front on the move today and across the weekend, working its way southwards introducing chillier air to us which will last into next week.

“We will get another shot of even colder air as we go into the middle of next week.

“We have fog across western parts of England and Wales which will be sluggish to remove and could cause travel disruptions.

“Temperatures will only be in single figures in the north, while the south could see temperatures rise up to 18C. 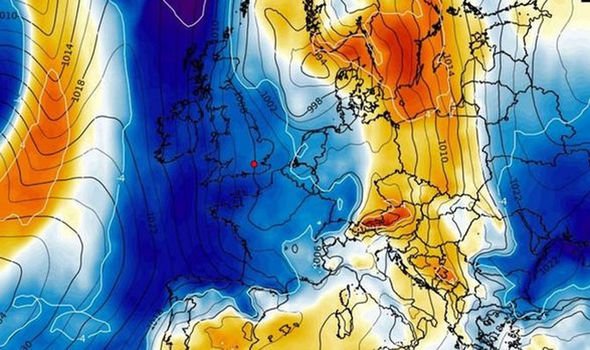 “Winders across the north could even reach gale-force strength. Into Sunday night, widespread frost will develop to take us into Monday, with temperatures colder than average for this time of year.

“There is a real frost risk and temperatures could see -1C in Scotland, Northern Ireland and northern England.

“Next week will be a cold week overall with many areas struggling to reach double-figures.

“This will see rain, hail, sleet, snow and even some thunder thrown in.” 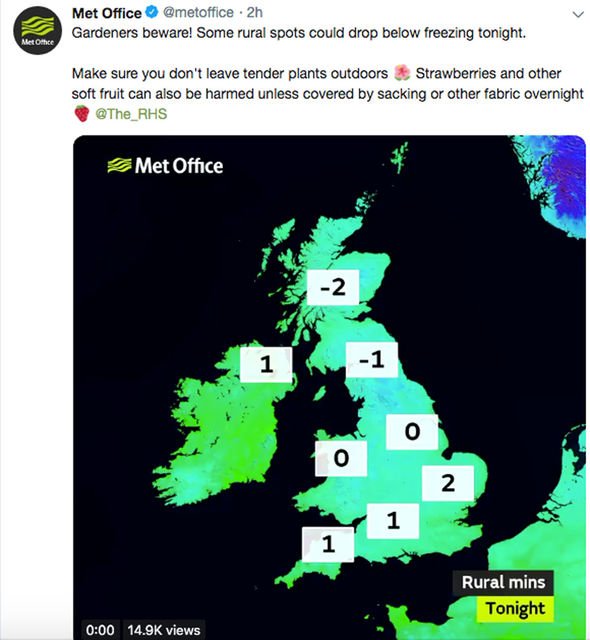 Weather maps from WXCharts show temperatures could be up to 10C below average for the time of year.

If this has got you feeling down then do not despair as drier and sunnier conditions will prevail towards the end of the week.

Higher pressure will see highs of 10C across much of the UK.

The weather is also expected to become more settled further into April.