The Met Office has predicted sunny weather across the nation as temperatures reach 17C this week. The high pressure will see temperatures way above average for the season, giving Britons and early start to summer. The warmest weather will be found in southern and eastern areas of Britain. Met Office meteorologist Becky Mitchell said: “It is warming up – it’s not going to be exceptionally warm but it’ll be better than the past couple of days.

“Tomorrow will be around 13C, which is slightly cooler than the 15C we had on Sunday, but won’t feel too bad.

“A band of high pressure will mean it will be dry across most of the country, with patches of cloud in some places but with sunny spells.

“The best sunshine will be in the south and east, continuing through to Friday.

“By Thursday, we should be looking at temperatures of around 17C. 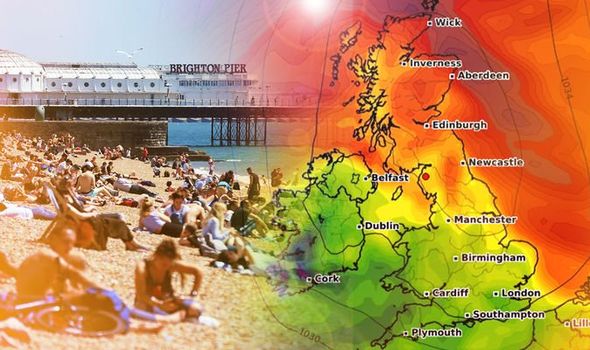 “Some of northern Scotland could see some drizzle but that won’t affect many people.

“The weather will turn a bit more unsettled by the weekend, but it should be turning nicer as we head into April.”

A much warmer-than-usual March to May is five times more likely than much cooler conditions, the Met Office said. 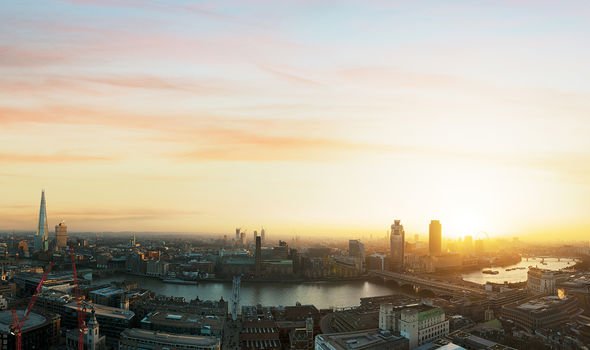 The balmy weather is thanks to plumes of warm weather from Africa pulled north by high pressure south of the UK.

A roasting summer is also on the cards, the weather service predicted. 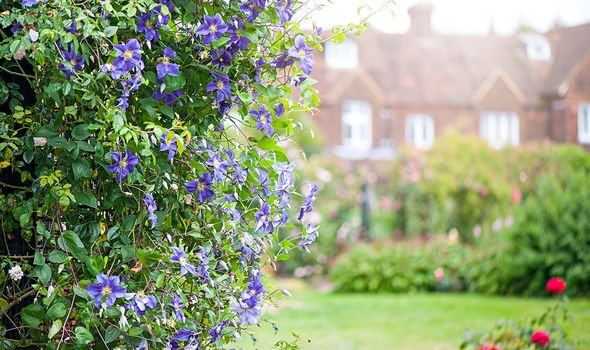 “The probability UK average temperatures will fall into the warmest of our five categories is 50 per cent. The coldest category is 10 per cent.

“Some long-range prediction systems indicate an increased chance of high pressure to the south of the UK.”

Punters have also placed a flurry of bets on this going down as the hottest spring on record.

Bookies Ladbrokes have slashed odds from 5/2 to just 6/4 on the bet with temperatures expected to pass 17C in the coming days.

Alex Apati of Ladbrokes said: “Brits have just enjoyed the first sunny weekend of the year and there’s plenty more of where that came from if the latest odds are anything to go by.”