Snow has fallen for the first time this year, in both the north of England and across Scotland. Areas hit by snow include Manchester, Crewe, Macclesfield, Cheshire, Derbyshire, Nottinghamshire and parts of Scotland.

A yellow weather warning has been put in place by the Met Office across Nottinghamshire.

Freezing winds will continue to smash into the nation at 80mph.

The gales could leave a trail of complete destruction including felled trees and obstructed roads.

Photographs have shown snow on cars and houses in certain regions. 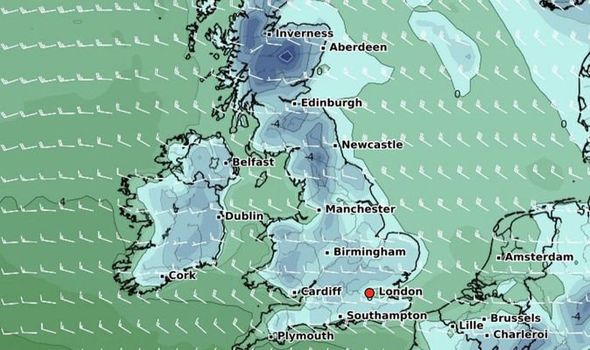 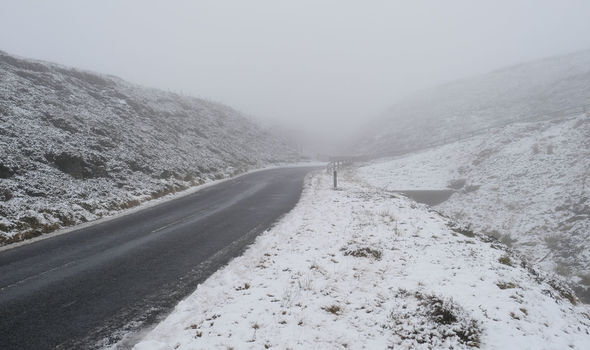 A complete whiteout has also begun in Crewe and Macclesfield and parts of Cheshire and Staffordshire.

The Met Office has warned of snow and ice which could lead to problems on roads and railways.

Road, bus and train services could be delayed or cancelled.

Injuries from slips or falls on icy surfaces could take place.

There is likely to be some icy patches on some untreated roads, pavements and cycle paths. 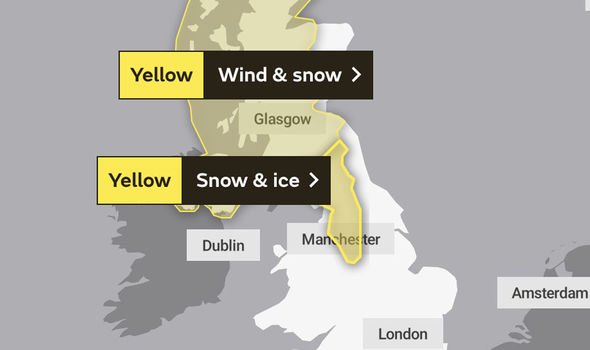 The Met Office said: “Snow is now falling across parts of north Midlands and the south Pennines and this area of snow is expected to move eastwards through the afternoon.”

The warning has been amended until the end of tomorrow as snow and ice are likely to impact higher routes.

Another yellow Met Office warning covering the whole of Greater Manchester has been issued for Wednesday, between midnight and 12pm.