The bleak weather, signalling the steady journey toward winter, will include “heavy showers” and “brisk winds”. The Met Office’s Marco Petagna said: “We’ve got a real mixed bag of weather to come across the UK over the next few days.” The north of England and Scotland will wake up to a “rush of showers” on Friday morning, according to Mr Petagna.

The south of England and Wales will greet the day with fog but it will disappear later on.

It will be replaced with some sunnier spells but the chill of winter is slowly creeping in.

“Despite that sunshine its going to be fairly chilly for that time of year.”

JUST IN: BBC Weather: “Gales” and “thunder” to thrash to the UK 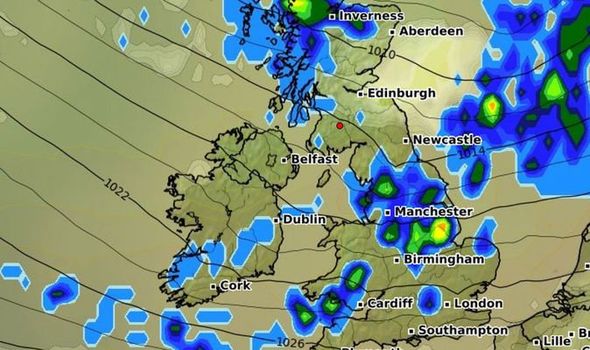 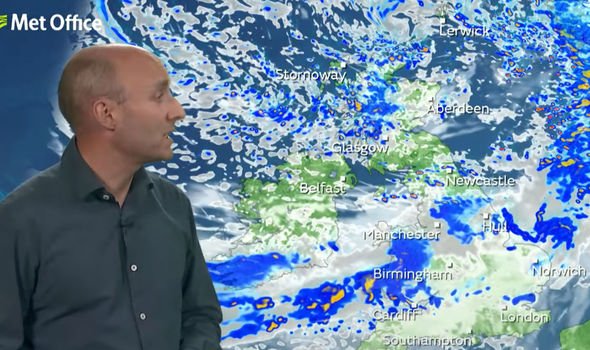 Mr Petagna went on to say temperatures will become as low as 15C (59F).

He commented: “Despite the sunshine between showers quite a chilly day.”

However, temperatures in the south could peak at 19C (66F).

The rest of Friday should remain the same but there is an increased chance of rain. 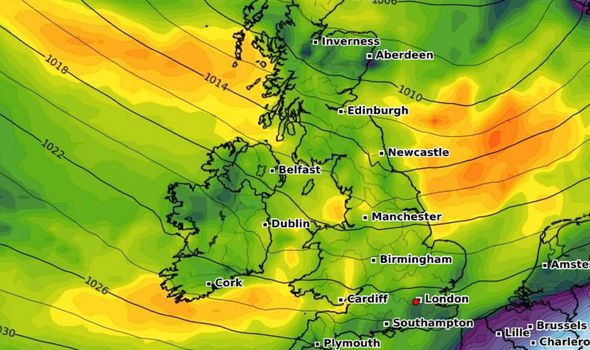 Mr Petagna said: “A cloudy day across England and Wales with outbreaks of rain and some fairly hefty at times too.”

Towards the end of Friday things are looking up for the north of England, Scotland and Northern Ireland.

Mr Petagna claims it will be a much “brighter picture”.

As Friday draws to a close there will be showers pushing down from the north with some “brisk” westerly winds. 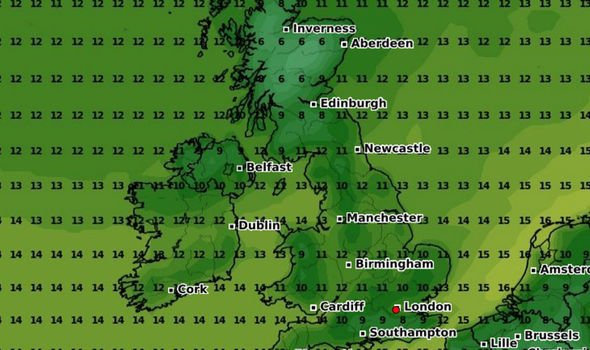 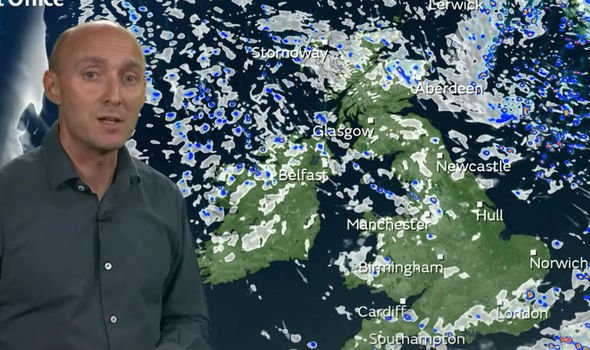 The weekend looks to be very similar with sunny spells and showers.

A spokesperson from MeteoGroup believe Saturday will be mostly dry with sunny spells.

They added: “There will be a few showers in Wales and southern England in the late morning and early afternoon.

“After a chilly start, Sunday will be dry for most with sunny intervals. 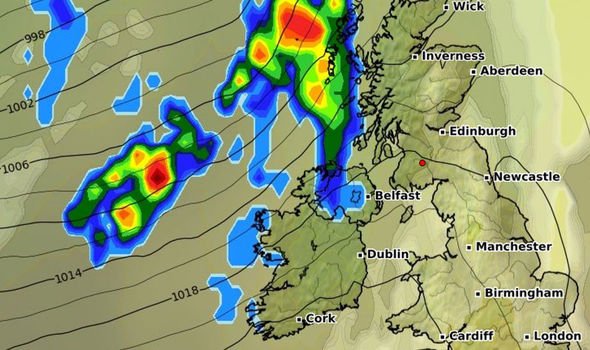 “However, cloud will build for north-western areas later with evening rain for western Scotland and Northern Ireland.”

The weather will take a turn for the worst next week as the fury of Hurricane Dorian arrives on the UK’s doorstep.

Eleanor Bell, a meteorologist for The Weather Company (IBM), said: “Temperatures are expected to rise back towards normal or slightly above next week in a southwesterly flow.

“This will come ahead of a deep low, expected to carry the remnants of Hurricane Dorian, passing to the north of Britain.”

She added: “This will bring very wet and windy weather through the middle to end of next week.

“Temperatures are then expected to remain around normal through the remainder of September but volatility in the forecast is expected with further tropical activity expected in the Atlantic which will likely disrupt the European pattern and the models try to resolve their tracks.”