Expert: Russia is at fault for Ukraine crisis

Ukraine has been in crisis since 2014. Years later, an end to the conflict is far from sight. The conflict has accumulated more than 10,000 civilian casualties and displaced more than a million people. Express.co.uk speaks to an Eastern European analyst about the origin of the crisis and its poignancy to Russia and particularly its leader Vladimir Putin.

A Russian official has warned Moscow may intervene to help Russian-speaking residents in eastern Ukraine if Ukraine launches an all-out assault on separatists.

The separatist rebels and Ukrainian troops have been at loggerheads in the east of the country for a long time.

In response to growing unrest, Russia has been building up troops on the border with Ukraine.

The official, Dmitry Kozak, said that Russian forces could intervene to “defend” Russian citizens, saying it all “depends on the scale of the conflagration”.

He warned escalation of the unrest could mark the “beginning of the end” for Ukraine. 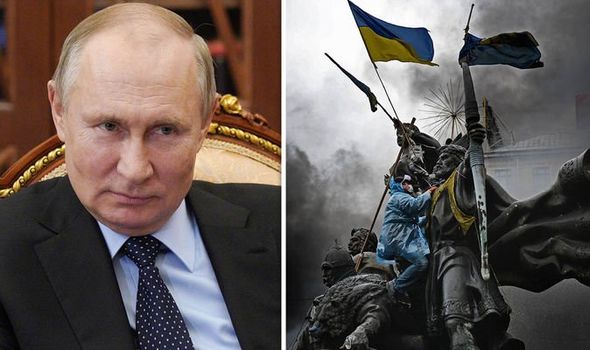 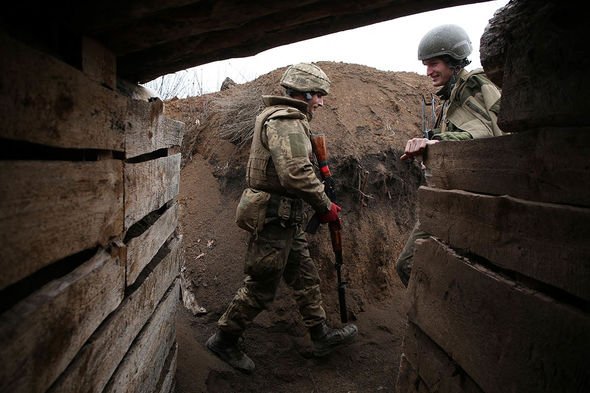 Eastern Europe Analyst at The EIU, Matthew Sherwood, said the conflict has been “looking increasingly fragile” since 2021 began.

Mr Sherwood told Express.co.uk said: “The conflict goes back to 2014 when Russia invaded and illegally annexed the Crimea peninsula.

“This was followed a few weeks later by fighting in the Donbas region of Ukraine between Ukrainian forces and separatists backed by Russia.

“Both events occurred after Ukraine’s Euromaidan Revolution (2013-14) that saw the ousting of the pro-Russia president, Viktor Yanukovich, who now lives in exile in Russia.

“After many years of conflict, the various parties agreed to a ceasefire in July 2020, which has been largely holding but looking increasingly fragile since the beginning of the year.” 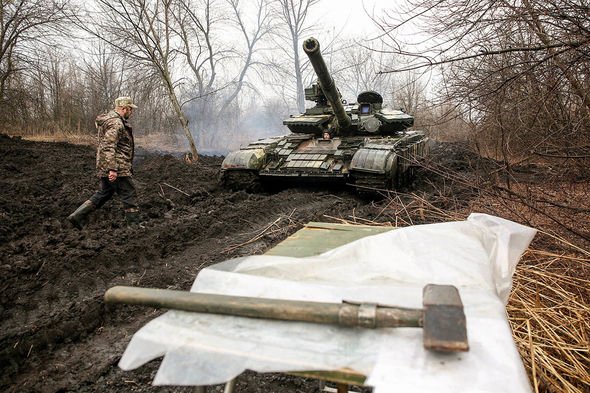 The territorial dispute is not only important to Russia and Ukraine but has global ramifications.

Mr Sherwood said the conflict is particularly significant because of the involvement of Russia, which is a global superpower.

He told Express.co.uk: “The crisis is important globally because ultimately it pits Russia against the West, which does not recognise Russia’s annexation of the Crimea and also demands that Russia respects Ukraine’s sovereignty, as defined by the pre-2014 borders.

“While the conflict has been at a stalemate in recent years, relations between Russia and the West have been tested by the poisoning and killing of various anti-Kremlin figures.

“Most recently, the attempted poisoning and now imprisonment of a Russian opposition leader, Alexei Navalny, has further soured relations and resulted in further tit-for-tat sanctions.

“It should be noted that since 2014, Russia has faced significant sanctions levied by the West, which have significantly curbed investment in its all-important hydrocarbons industry.”

The analyst added the crisis has gained wider significance since the inauguration of Joe Biden as the 46th US President.

Mr Sherwood added: “Additionally, the administration of Joe Biden, the US president, is pursuing a harder line against Russia since coming to office in January.

“The White House has reacted strongly to recent Russian military manoeuvres near the Ukrainian border.

“US forces in Europe are now on their highest state of alert and NATO has also expressed its concerns about Russia’s troop build-up.” 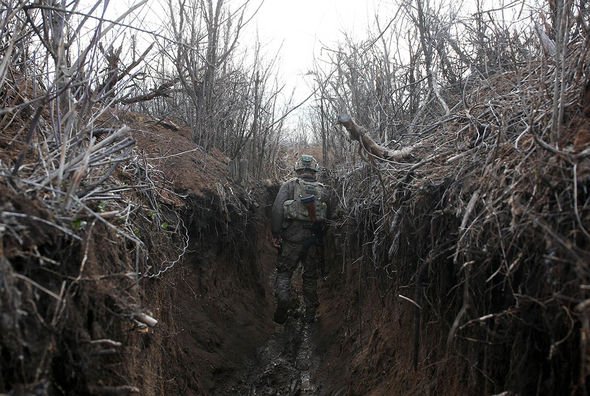 Britain is particularly impacted by the ongoing unrest in Ukraine due to its NATO membership and the poisoning of Sergei and Yulia Skripal in 2018.

Mr Sherwood said: “As a member of NATO, Britain could potentially be brought into any escalation of the conflict that also entails the transatlantic military alliance.

“Although such an escalation is not part of our core forecast, neither can it be discounted altogether.

“The UK’s relationship has markedly worsened in recent years after the UK escalated its sanctions regime against Russia following the 2018 poisoning of former Russian operative Sergei Skripal on UK soil.” 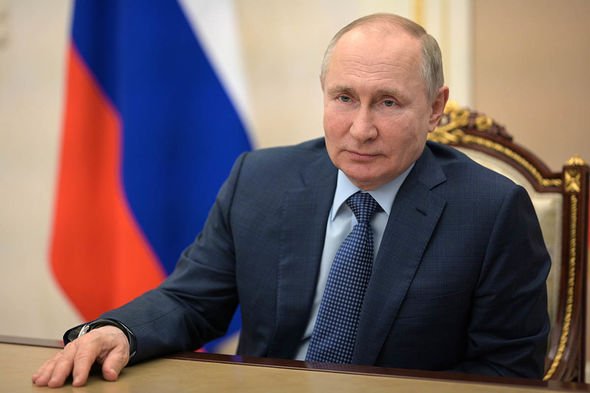 She urged Russia to “de-escalate tensions” by withdrawing its troops.

But in response, Mr Putin accused Ukraine of inflaming the situation in the east.

“At the very least, he has tried to limit Western influence in these areas, hence his strong interest in recent events in Belarus and the Caucasus as well as Ukraine.

“He is keen to limit Ukraine’s moves toward closer ties with the EU and NATO, which he sees as a redline.

“The most recent moves in terms of military exercises and troop build-up along the Ukrainian border is likely a way of testing the resolve of the new Biden administration, as well as the EU at a time when it is distracted by the ongoing coronavirus crisis.”

Ukrainian President Volodymyr Zelensky visited the region on Thursday to see “the locations of the escalation” and to “be with our soldiers in the tough times in Donbas”.

But Mr Kozak warned escalation could prove to be “not a shot in the leg, but in the face”.

Mr Sherwood said he did not believe the conflict will likely break out into an all-out assault.

He told Express.co.uk: “We do not believe that the current situation will escalate into a full-blown war, as it would not be in anyone’s interest and would be unlikely to resolve the current standoff, especially now that Ukraine is much stronger militarily than it was in 2014.

“In that sense, Russia’s recent moves may be a way of demonstrating that it is prepared to respond with force any attempts to change the status quo in the Donbas.

“But obviously, given the increasing violations of the ceasefire and Russia’s recent moves, the risk that either side could push the other too far and therefore spark a further escalation of the conflict along the lines of engagement is definitely on the rise, raising the spectre of war on Europe’s doorstep.”