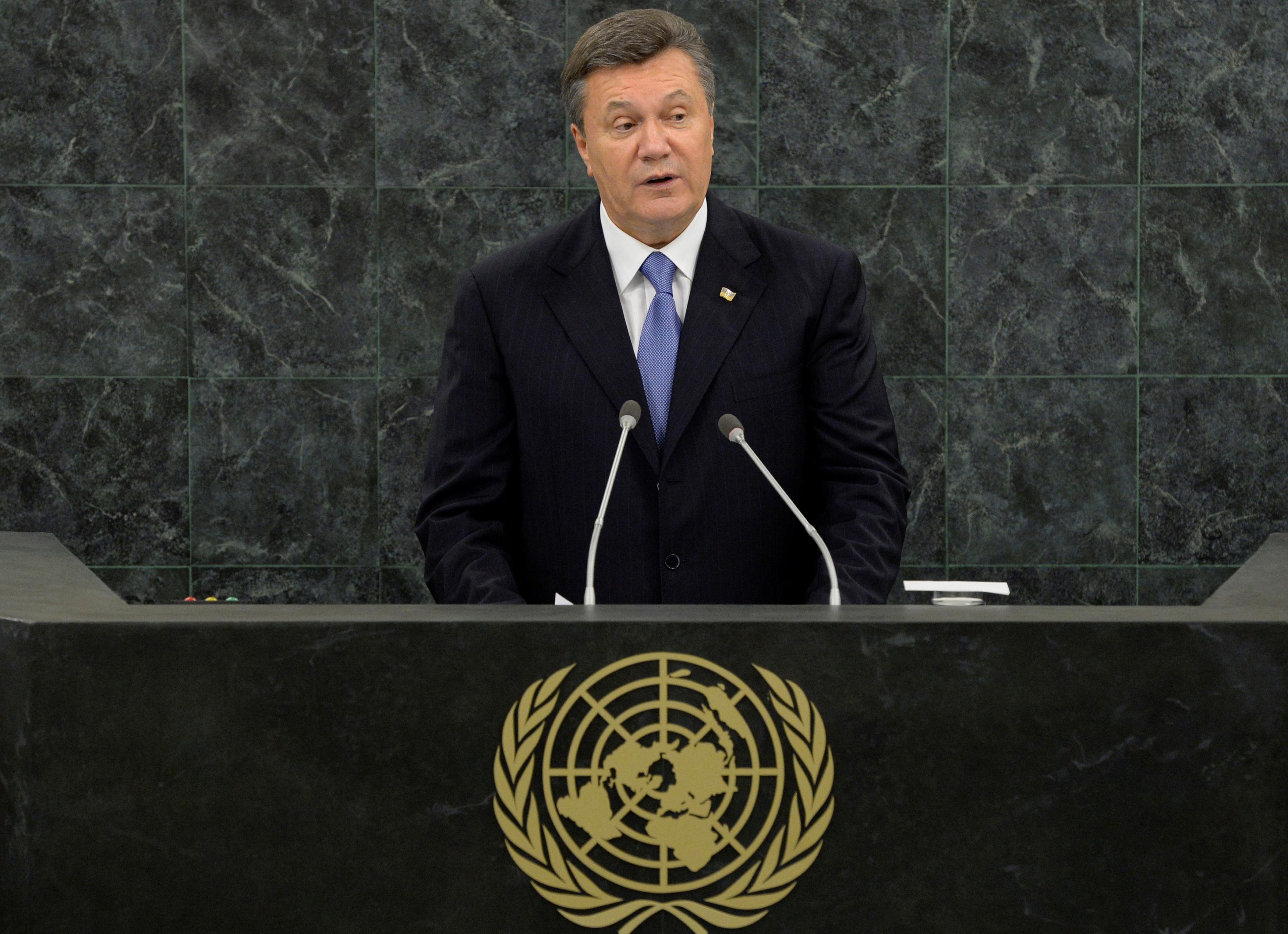 KIEV (Reuters) – A Ukrainian court on Thursday sentenced former president Viktor Yanukovich in absentia to 13 years in jail on treason charges, a judge said, saying his conduct in office had opened the door to Russia’s annexation of Crimea and conflict in eastern Ukraine.

Yanukovich fled to Russia in 2014 following street protests against his rule. His successor, Petro Poroshenko, has adopted a pro-Western foreign policy, reversing Yanukovich’s tilt towards Moscow.

“With his deliberate illegal actions, Yanukovich committed a crime against the foundations of the national sovereignty of Ukraine, namely state treason”, judge Vladyslav Deviatko said.

The judge said Yanukovich sent a letter to Russian President Vladimir Putin on March 1, 2014, asking him to use Russian army and police forces to restore order in Ukraine.

“With his deliberate actions, Yanukovich committed a crime against peace, namely aiding in the conduct of an aggressive war,” judge Deviatko said.

Yanukovich left Ukraine after three months of protests during which more than 100 demonstrators were killed in clashes in the Ukrainian capital.

Yanukovich has previously denied the allegations made by prosecutors and blamed armed nationalist radicals for fomenting violence in the 2014 Maidan protests that prompted him to flee.

Yanukovich’s lawyers said they would appeal the judgement.

The issue of preserving the pro-European vector of development will be one of the key debates in the upcoming presidential elections in which the current president Poroshenko and former associates of Yanukovich will most likely take part.