KIEV (Reuters) – Ukrainian President Volodymyr Zelenskiy’s political opponents rebuked him on Thursday over what they said was his amateurish handling of a phone call with U.S. President Donald Trump, accusing him of damaging important international alliances. 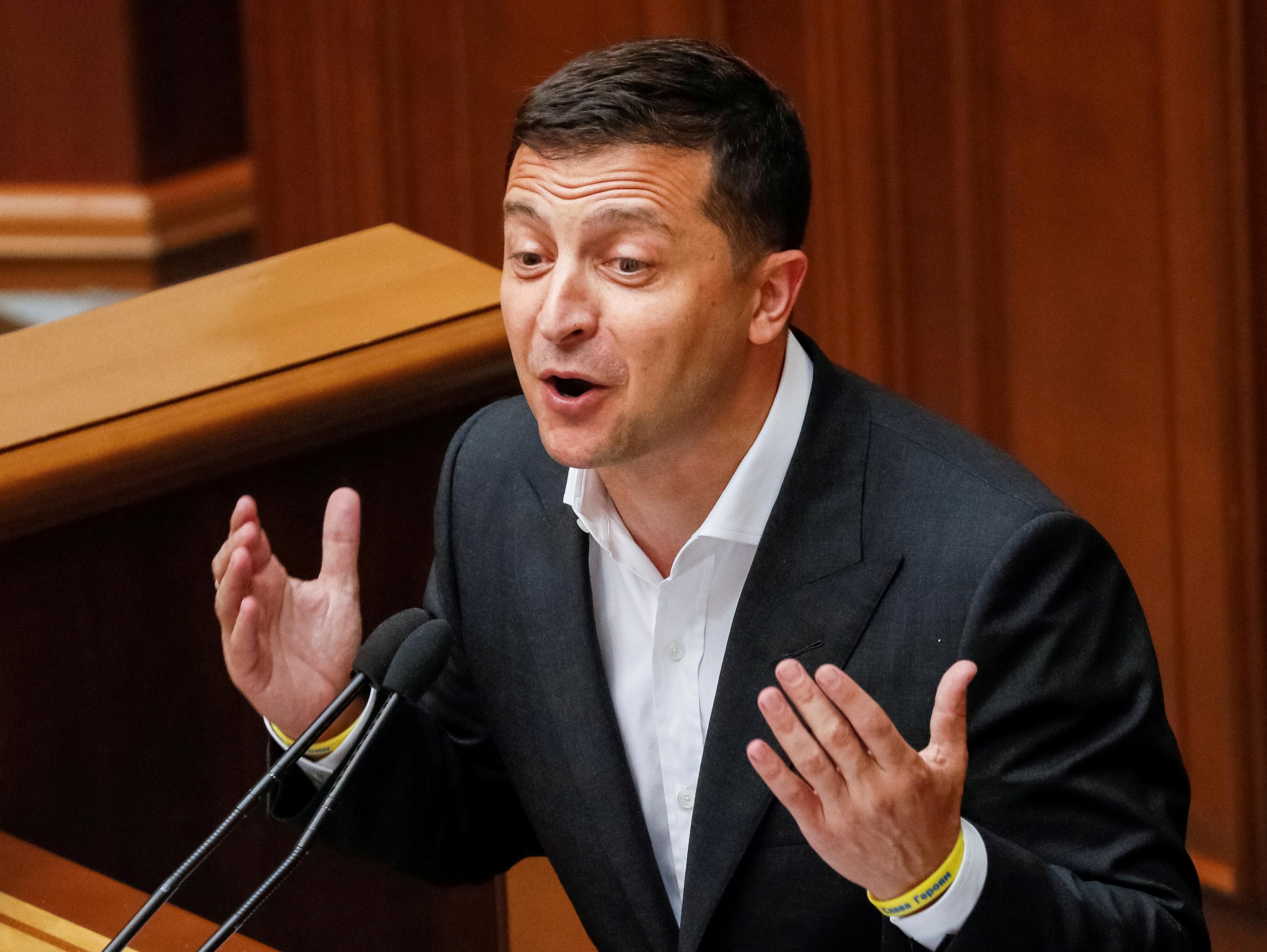 But on the streets of Kiev, the Ukrainian capital, people said they were either unfazed or merely disappointed by a politician they said they knew was short on experience and likely to struggle against more experienced political operators.

Zelenskiy, a former comedian and political novice who was only elected in April, was blindsided on Wednesday when the White House released a memo summarizing his July 25 call with Trump during which the U.S. leader asked him to investigate Joe Biden and his son.

The memo shows Zelenskiy promised to reopen an investigation into a company that employed Biden’s son and voiced frustration about what he said was a lack of support from German Chancellor Angela Merkel and French President Emmanuel Macron when it came to enforcing sanctions on Russia.

It also showed Zelenskiy had agreed with Trump that the former U.S. ambassador to Ukraine – Marie Yovanovitch – was “a bad ambassador” and had Zelenskiy boasting that Ukraine’s new prosecutor general would “100%” be his person.

Former Ukrainian President Petro Poroshenko and his party said on Thursday that the call showed Zelenskiy was an irresponsible custodian of the country’s foreign policy and accused him of upsetting key allies.

They also questioned his commitment to a genuinely independent judiciary and demanded that the prosecutor general appear before parliament to explain whether he was Zelenskiy’s puppet or a genuine “servant of the law.”

“European Solidarity notes with deep concern that such inadvertent and ill-advised statements by the president may complicate Ukraine’s international support,” Poroshenko’s party said in a statement.

It said it wanted Zelenskiy to maintain Ukraine’s bipartisan support in the United States and retain the support of European allies.

“Diplomacy and international relations do not forgive amateurism, they need a thoughtful attitude and professional approach,” the party said.

U.S. congressional Democrats launched an inquiry to impeach Trump over allegations he pressed Zelenskiy to help smear Biden, the front-runner in the race to challenge Trump at presidential elections next year.

Ordinary Ukrainians in Kiev on Thursday were more understanding of Zelenskiy.

“My attitude toward Zelenskiy has not changed,” said Irina Belyayeva, who said she was on maternity leave from work.

“I didn’t have unrealistic expectations. His lack of experience and a good team who could have advised him so that we wouldn’t be in this situation has been confirmed. Many things were said which shouldn’t have been.”

Zelenskiy enjoys a popularity rating over 70% and his Servant of the People party controls parliament with many Ukrainians hoping he can refashion their country into a fully fledged transparent graft-free democracy.

Some Ukrainians said his Trump phone call showed he was trying to do his best to keep a powerful ally on side and that he hadn’t known it would one day be made public.

Bohdan Telenko, a writer, said he thought the sudden flurry of media attention in Ukraine was welcome even if it was for the wrong reasons. But he said Zelenskiy had been shown to be out of his depth.

“I am worried a bit about Zelenskiy’s lack of experience,” he said. “There are sharks out there.”

UN warns 2021 shaping up to be a humanitarian catastrophe