This is the dramatic moment an ex-Ukrainian soldier set himself on fire to protest his dismissal from the army.

Serhii Ulianov was seen covered head to toe in flames while wearing his uniform outside Ukrainian Defence Ministry headquarters in Kiev.

He was tackled to the ground before being saved by firefighters and military. 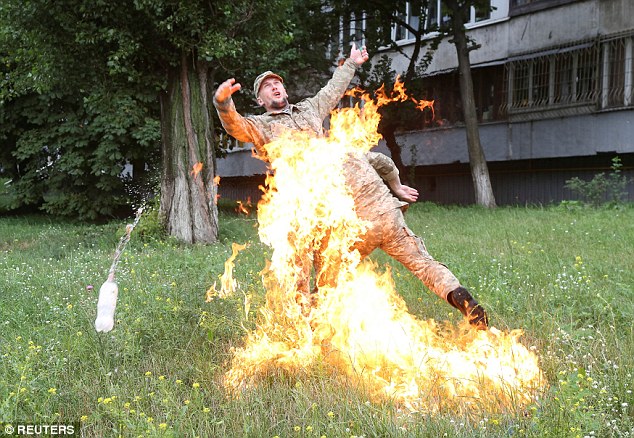 Reports in Ukraine said servicemen attempted to restrain Ulianov from his attempted self-immolation.

But he broke free and managed to douse himself with gasoline before igniting his uniform.

The flames were extinguished in seconds and he is now being treated by doctors.

The officer was believed to be protesting on behalf of a group of soldiers whose rights were allegedly violated after being ousted from service in 2016.

Ulianov claimed in a Facebook post on Monday that the officers were unable to legally retire as they had not received proper documentation.

The group had signed up to a voluntary battalion that fought with pro-Russian terrorists in eastern Ukraine. 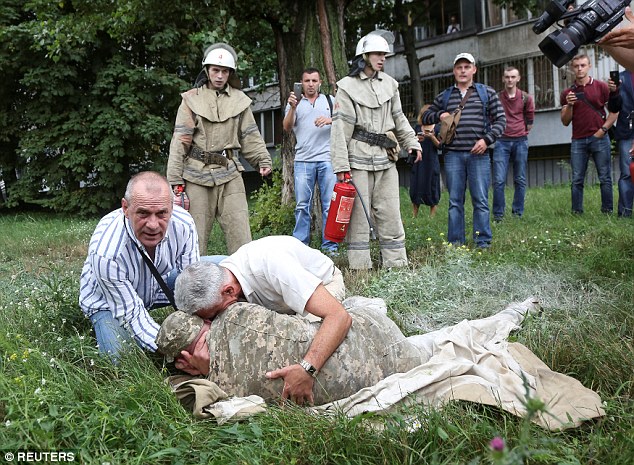 The flames were extinguished in seconds. Ulianov is now being treated for by doctors