CAPE TOWN (Reuters) – Britain’s Prince Harry and his wife Meghan started their tour of South Africa on Monday in a township known as the country’s “murder capital”.

The Duke and Duchess of Sussex, on their first overseas tour since the birth of their first child, are expected to meet anti-apartheid cleric Archbishop Desmond Tutu and other dignitaries, but chose to begin in Nyanga, about 20km (12 miles) from Cape Town, which recorded more murders – 289 – than any other police precinct in 2018-19.

Harry will later in the trip rekindle memories of the couple’s courtship in Botswana and of his mother Diana in Angola.

Meghan, an American former actress, has had only one official engagement since giving birth to Archie in May.

The royal couple visited The Justice Desk in Nyanga, a group that teaches self-defence and empowerment to vulnerable children, many of whom have suffered trauma – key skills in a place where thousands live cheek-by-jowl in a squalid sea of tin and wood shacks, and where violence is a daily reality.

Activists have warned of an epidemic of violence against women in South Africa after a spate of killings and rapes in a country with one of the world’s highest murder rates. President Cyril Ramaphosa is seeking emergency measures to curb violence.

Harry and Meghan, holding hands, arrived at the non-governmental organisation to the sound of drum beats and ululating as women and children shouted out in excitement.

The couple greeted and chatted to women and children, with Meghan giving hugs to some, and danced to music.

“Meghan and I are truly inspired by your resilience, your spirit, your sense of community and your belief in a better future for everyone here,” Harry said to applause.

“Now is the time to come together as a community, and we applaud those of you who are leading the way for South Africa’s ongoing transformation,” Harry told the crowd, which he greeted in the Xhosa language.

Meghan, who addressed the people after Harry, said advocating for the rights of women and girls was a cause very close to her heart. 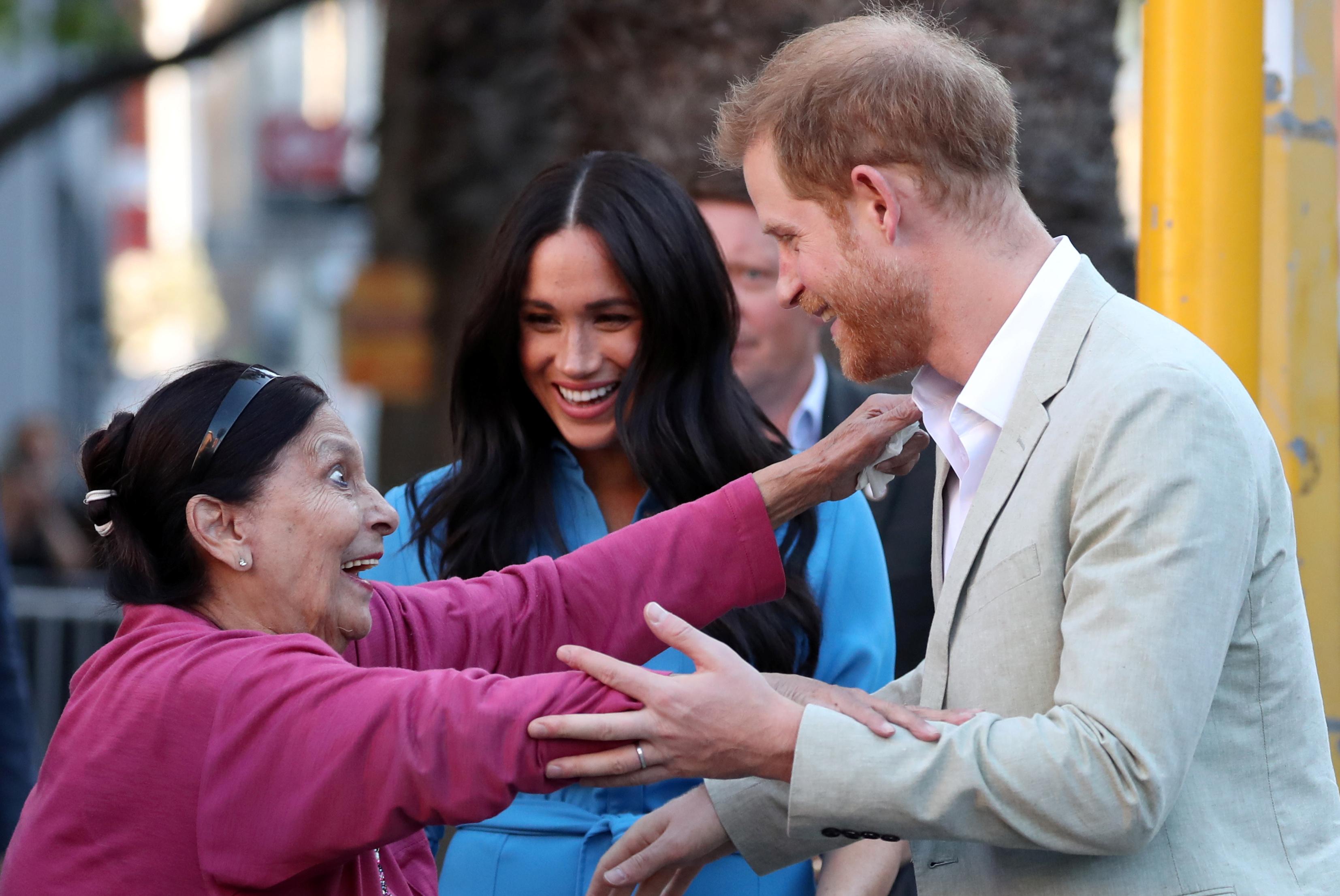 “The work that’s being done here is to keep women and children safer, which is needed now more than ever,” Meghan said.

“I want you to know that for me, I am here with you as a mother, as a wife, as a woman, as a woman of colour and as your sister,” she said to cheers.

Speaking at the Nyanga Methodist Church, whose windows are protected by heavy bars against burglars, Theodora Lutuli of The Justice Desk said before Harry and Meghan’s arrival that the organisation was having a huge impact in the community by making children aware of their rights.

“They will tell you this is my body, it belongs to me… That is what they are being taught and we are saying if it starts from there, then we are guaranteed a better future,” said Lutuli, the organisation’s community liaison officer.

Ahead of the royal couple’s arrival, a small crowd of around 100 gathered outside the church, singing and dancing to the beat of a marimba band, while a throng of local and international media jostled for positions.

Children, some of nursery age, wore white Justice Desk T-shirts bearing the words “I’m not too young to be heard”.

Harry and Meghan later visited the District 6 museum that honours thousands of families forcibly removed during the apartheid era after the area, adjacent to the Cape Town business district, was declared whites-only area in 1966 and bulldozers moved in to demolish homes.

They met former residents of District 6 and toured the small double-story museum.

Harry, Queen Elizabeth’s grandson and sixth in line to the throne, has been visiting southern Africa for two decades for holidays and conservation work. 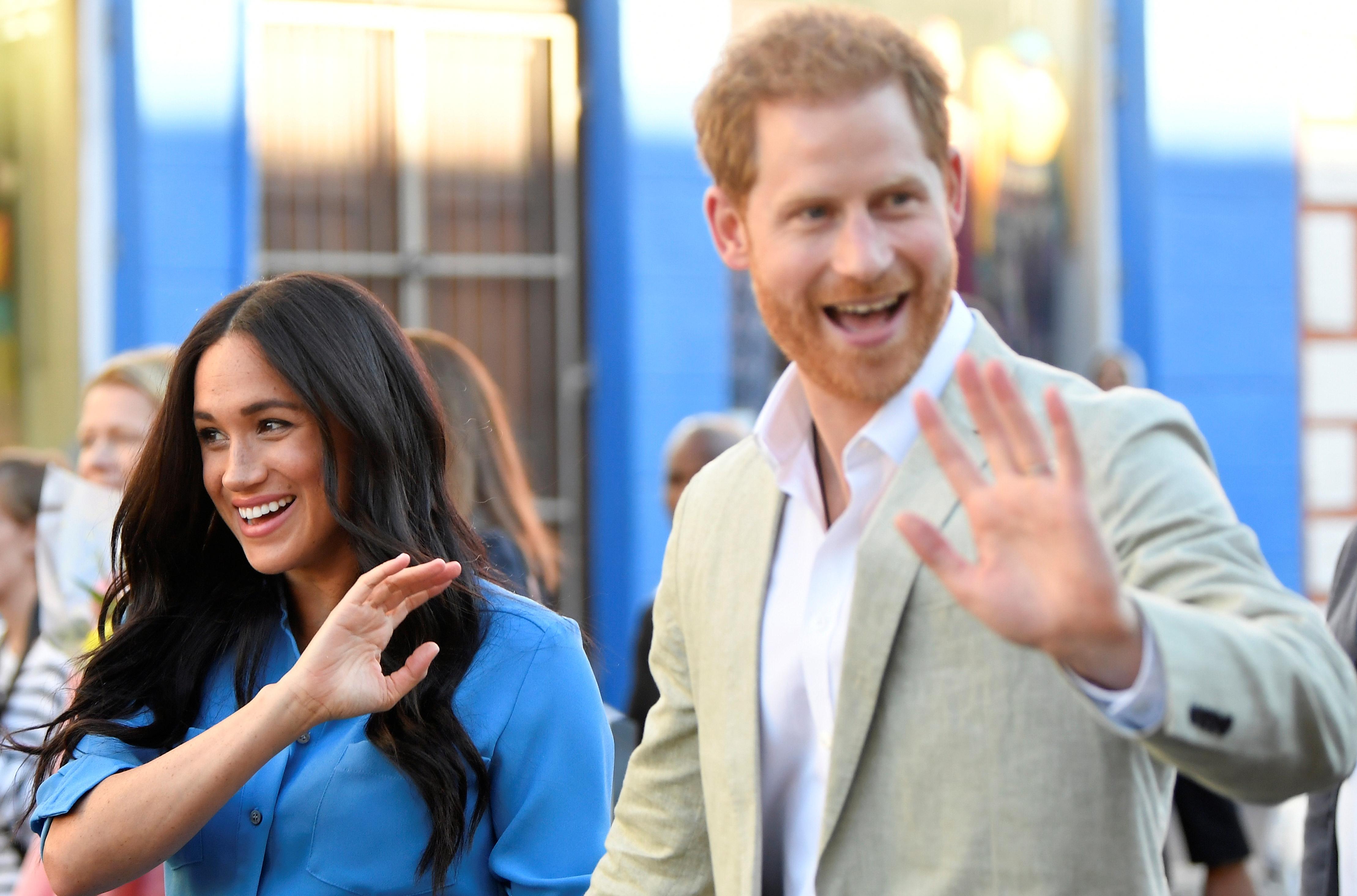 He will travel on alone for a working visit to Botswana, where the couple went shortly after they began dating in July 2016 and returned in 2017 for a romantic getaway to celebrate Meghan’s 36th birthday.

Harry then heads to Angola, visiting the landmine clearance project that featured in some of the most famous photographs of his late mother, Princess Diana.

He ends the solo section of his tour in Malawi, where he will meet President Peter Mutharika, before rejoining Meghan and Archie in South Africa for another township visit, this time near Johannesburg.