Some 60 world leaders gather at the United Nations to try to inject fresh momentum into efforts to fight climate change. 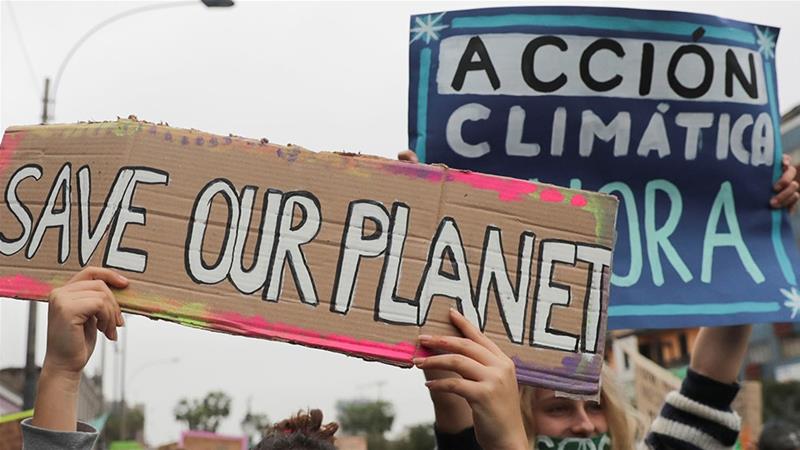 Days after millions of young people took to the streets worldwide to demand urgent action on climate change, leaders gathered at the United Nations on Monday to try to inject fresh momentum into stalling efforts to curb carbon emissions.

UN Secretary-General Antonio Guterres has warned governments that they would have to offer action plans to qualify to speak at the summit, which is aimed at boosting the 2015 Paris Agreement to combat global warming.

“Millions around the world saying clearly, not only that they want change, not only that decision-makers must change – but they want them to be accountable,” Guterres said at a separate youth climate summit he hosted on Saturday.

World leaders, including German Chancellor Angela Merkel, French President Emmanuel Macron and Indian Prime Minister Narendra Modi, were due to address the one-day gathering, alongside companies working to promote renewable energy. Some 60 leaders were scheduled to attend the summit.

President Donald Trump, who said he was going to pull the United States out of Paris accord, and Brazilian President Jair Bolsonaro, who has been slammed for his environmental policies, were not going to attend, officials said.

‘Has to start today’

In an attempt to motivate leaders entering the UN headquarters in New York, calls for action from young people were projected onto the side of the main building.

“Everything needs to change and it has to start today,” read one of the projected messages by Greta Thunberg, the 16-year-old Swedish climate change activist who inspired a global climate strike last Friday. Thunberg was scheduled to address the opening of the summit.

Laurence Tubiana, CEO of the European Climate Foundation and one of the architects of the Paris agreement, told AFP news agency that the summit represented a “moment of truth” but was also taking place at a time of great political headwinds.

“There’s a tension between the countries that want to go ahead to translate their goals into real policies” and those that do not, she said.

With climate impacts such as extreme weather, thawing permafrost and sea-level rise unfolding much faster than expected, scientists say the urgency of the crisis has intensified since the Paris accord was agreed.

The agreement will enter a crucial implementation phase next year after another round of negotiations in Chile in December. Pledges made so far under the agreement are nowhere near enough to avert catastrophic warming, scientists say, and last year carbon emissions hit a record high. 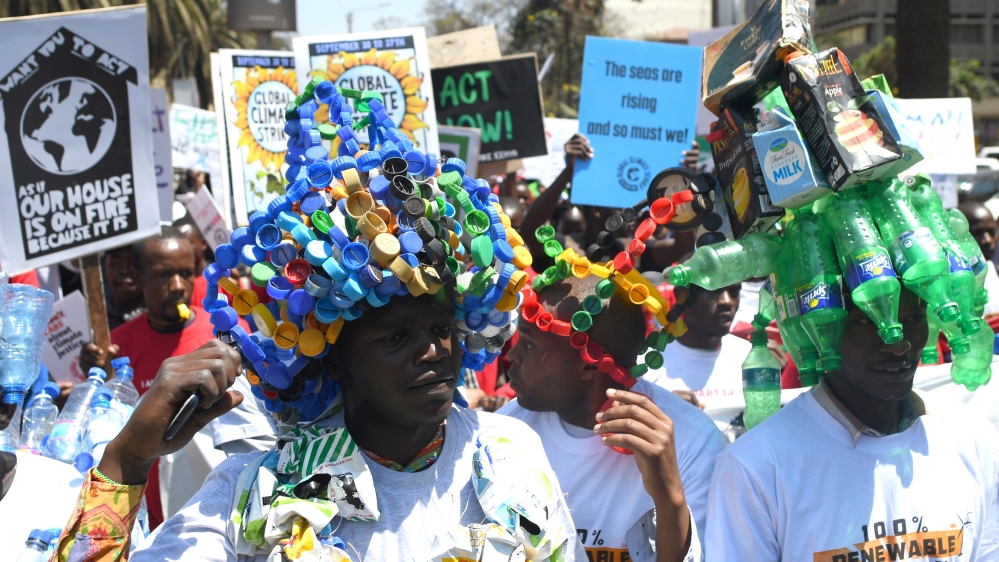 Over the past year, Guterres has called for no new coal plants to be built after 2020, urged a phase-out of fossil fuel subsidies and asked countries to map out how to achieve carbon neutrality by 2050.

While some countries have made progress, some of the biggest emitting countries remain far behind, even as wildfires, heatwaves and record temperatures have provided glimpses of the devastation that could be in store in a warmer world.

In a measure of the gap between government action and the ever-louder alarms sounded by climate scientists, the UN Development Programme said that 14 nations representing a quarter of global emissions have signalled that they do not intend to revise current climate plans by 2020.

Young people attending the youth climate summit were angry that decades of climate negotiations had failed to stave off climate impacts from accelerating species’ extinctions to superstorms, shrinking glaciers and failed harvests.

“They’ve been having these talks for 25 years and nothing changes,” said Gavi Reiter, a 24-year-old climate activist with SustainUS.

“We demand action. Stop wasting time. Stop hindering the work [towards a sustainable future] for short-term profits,” she said.

In the run-up to the summit, 87 firms under the “We Mean Business” coalition pledged to slash their emissions.

The UN published a report on the eve of the summit that said the five-year period ending 2019 was set to be the hottest ever, the latest grim reminder that climate change is already a reality.

“Our global carbon credit is maxed out,” said Dave Reay, a professor and chair in Carbon Management at the University of Edinburgh, commenting on the report.

“If emissions don’t start falling there will be hell to pay.”