Kyle Mulinder said he was paddling off Kaikoura in New Zealand’s South Island at the weekend when the bizarre incident happened. 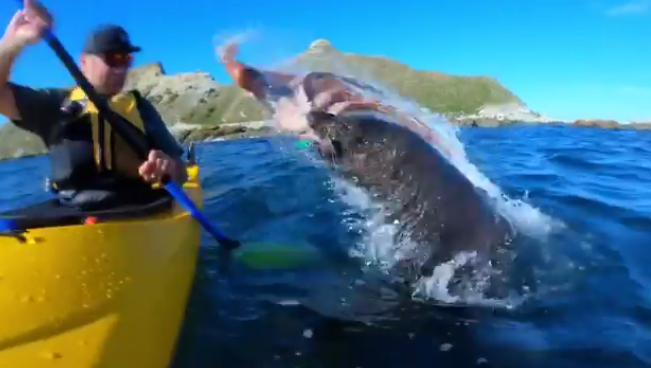 He explained that as he was paddling along, he got caught up in a battle between a bull seal and the octopus it wanted to eat for lunch.

As the seal leapt out of the water clutching its victim by the jaws, the octopus slapped Mulinder squarely in the face.

The video shows Mulinder yelling "there's an octopus on my boat" with his companion Taiyo Masuda responding "no way, that was mental".

“We were just sitting out in the middle of the ocean and then this huge male seal appeared with an octopus and he was thrashing him about for ages,” he told Australia’s Seven News. 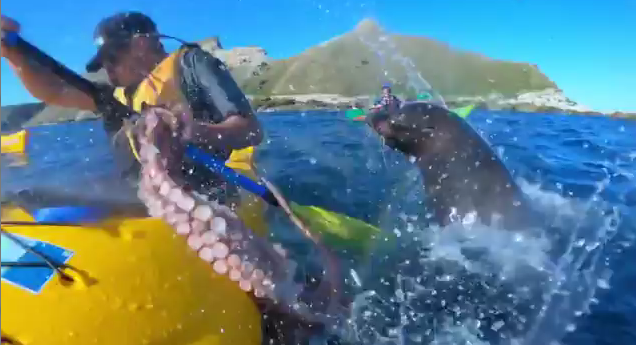 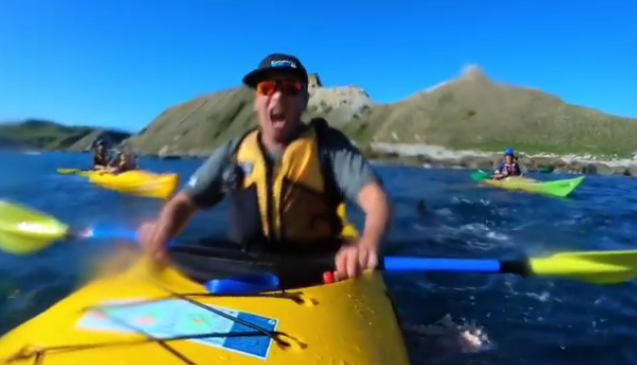 “I was like ‘mate, what just happened?’ It was weird because it happened so fast but I could feel all the hard parts of the octopus on my face.”

Masuda was testing out a new GoPro camera at the time and captured the entire incident, which has been watched almost 7,000 times on Instagram.

"One seal swims right next to us, having an octopus in his mouth, pops right up of the surface next to us, then tries to chew up the leg but ended up slapping our face," said Masuda.

"Kyle was in the right place at the right time. It was super funny rather than terrifying, we cracked up straight away.

"I'd say we're active outdoor types but I've never seen anything like that in the wild before."

Kaikoura is the site of a large colony of New Zealand fur seals.