More than 1,800 Central Americans continue to make their way through Guatemala in search of better life in the US. 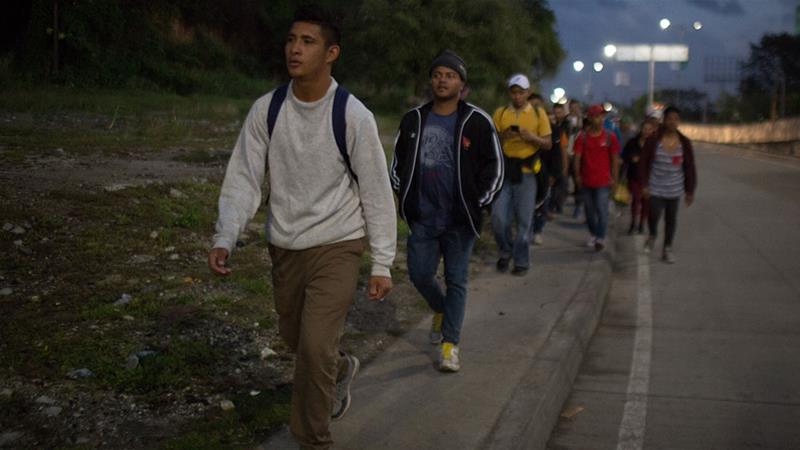 Esquipulas, Guatemala – Isabel Flores and her husband, Eric Laynez, saw fleeing their home in Honduras and going to the United States as their only option.

“There is no work in Honduras,” Flores told Al Jazeera as she stood outside the Casa de Migrante shelter in Esquipulas, Guatemala after crossing the border earlier in the week. She’s travelling with her husband, Eric Laynez, their three-year-old son, Daniel and one-year-old daughter, Michelle.

Flores said that even if one found work in Honduras, the pay wouldn’t be enough to cover rent, food, electricity and other goods. And you ran the risk of continually being robbed by gangs, who threatened to kill individuals who go to the police.

“One finds it better to endure rather than risk their lives,” she said.

Flores and her family left their home in Saba, Colon, and took a bus to the border town of Ocotepeque, Honduras on Tuesday night. They then walked with hundreds of other Hondurans who set off in a new US-bound caravan, eventually crossing into Guatemala on Wednesday.

By late Wednesday more than 1,500 Hondurans and 170 Salvadorans had crossed into Guatemala, most on their way to the US border.

Many said they are fleeing rampant poverty and crime. 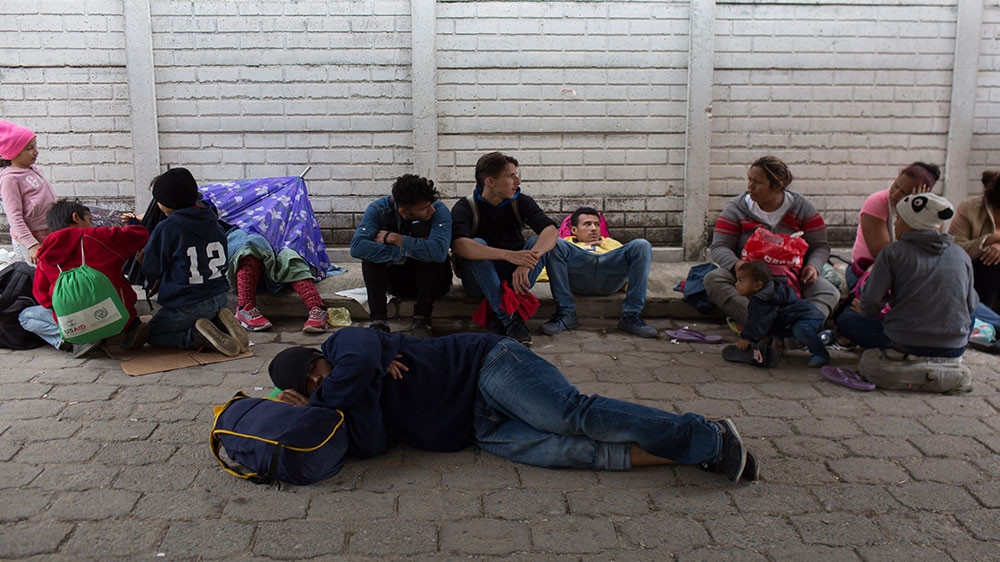 Flores had worked in small businesses in the past, including selling ice cream and plastic items. She had been robbed by gangs and feared speaking out against the assailants.

The threat was real. At least 26 people have been killed in gang violence since the beginning of 2019.

“They (the government) say Honduras is getting better, but we aren’t seeing it. Things are getting worse,” Flores said. “It is difficult in Honduras.”

Flores and her husband hoped the situation in Honduras would improve so that they could buy their own house back home with the money they hope to earn in the US.

“One migrates not because they want a life there [in the United States], but because they are looking for a means to build a home in Honduras. I want my own home. I want to go for five years to build my home,” she said.

Sitting not far from Flores at the shelter was Maria Salguero. The 18-year-old from Ocotepeque, Honduras joined the caravan in the hope of finding better opportunities in US.

“If one doesn’t struggle, then they will never advance,” she told Al Jazeera as she clutched her backpack to her chest.

Salguero left school in the fifth grade to support her mother and younger siblings.

“There was no one to support my mom, so I had to leave school to support the family,” she said, adding that she hoped to earn enough in the US to send money to her family back home.

Most in the new caravan planned on joining the thousands of Central Americans waiting at the US-Mexico border waiting to apply for asylum in the US. The administration of US President Donald Trump has been implementing a smonitoring ystem at the border, limiting the number of asylum cases heard each day. For those who have just left Honduras and El Salvador, it will likely be months before they step foot in the US.

This, coupled with the tighter immigration measures put in place by Central American governments, has made the journey even tougher for those fleeing.

“They did not want to let us pass,” Salguero said, referring to Honduran authorities who used tear gas on a group of Hondurans attempting to cross the border.

She had to wait hours without food, water or shelter, she said.

The Guatemalan Migration institute issued a statement upholding the CA-4 agreement of free travel within the region for those who carried proper identification. It said that those without proper documents would be sent back. The institute added that the process was put in place to protect travellers from human rights violations and guarantee their protection from human traffickers.

At the official border crossing, migrants and refugees are given slips of papers by Guatemalan immigration authorities upon crossing the border and must present the documents when leaving. 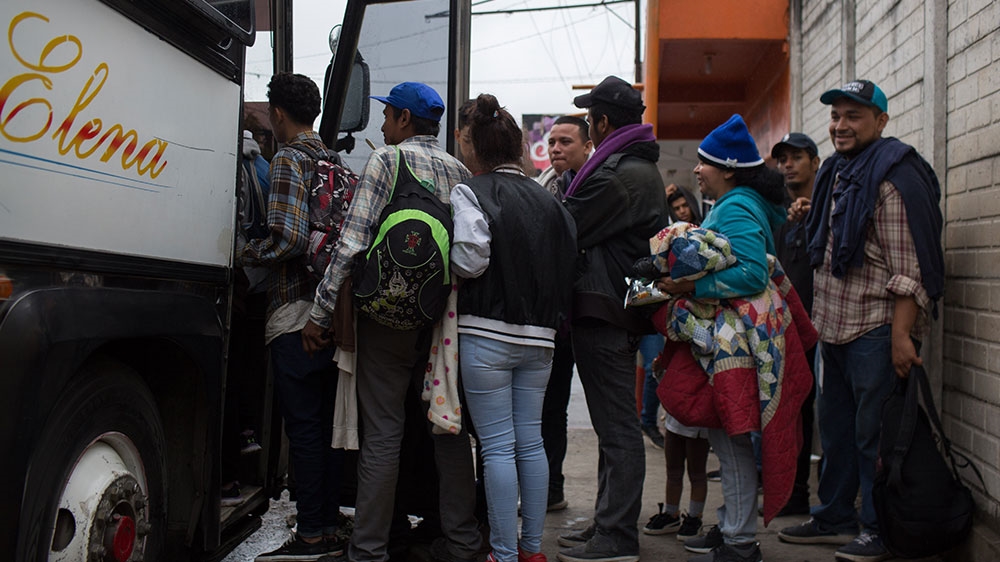 Flores said her family were stopped four times by Honduran authorities as they made their way to the border.

“We feel repressed by our own government, by our own fatherland, we don’t feel secure,” Flores said. “They are not at the side of the poor, or the people. We walked feeling restricted and with fear,” she said.

Her husband, Laynez added, “they have no respect”.

“The treat us as criminals for leaving the country. We have the same value as them, but they treat us poorly,” he said.

Despite the immediate challenges and the obstacles awaiting them at the US-Mexico border, most migrants and refugees Al Jazeera met in the latest caravan seem undeterred and motivated by the possibility of a better life further north.

“We have no future,” Laynez said. “We are looking for a better life to support our family.”