MOGADISHU (Reuters) – Hafsa was married off at 13 by her father to a man who paid $100. She and her mother say she was beaten and raped for two years before they convinced him to divorce her. 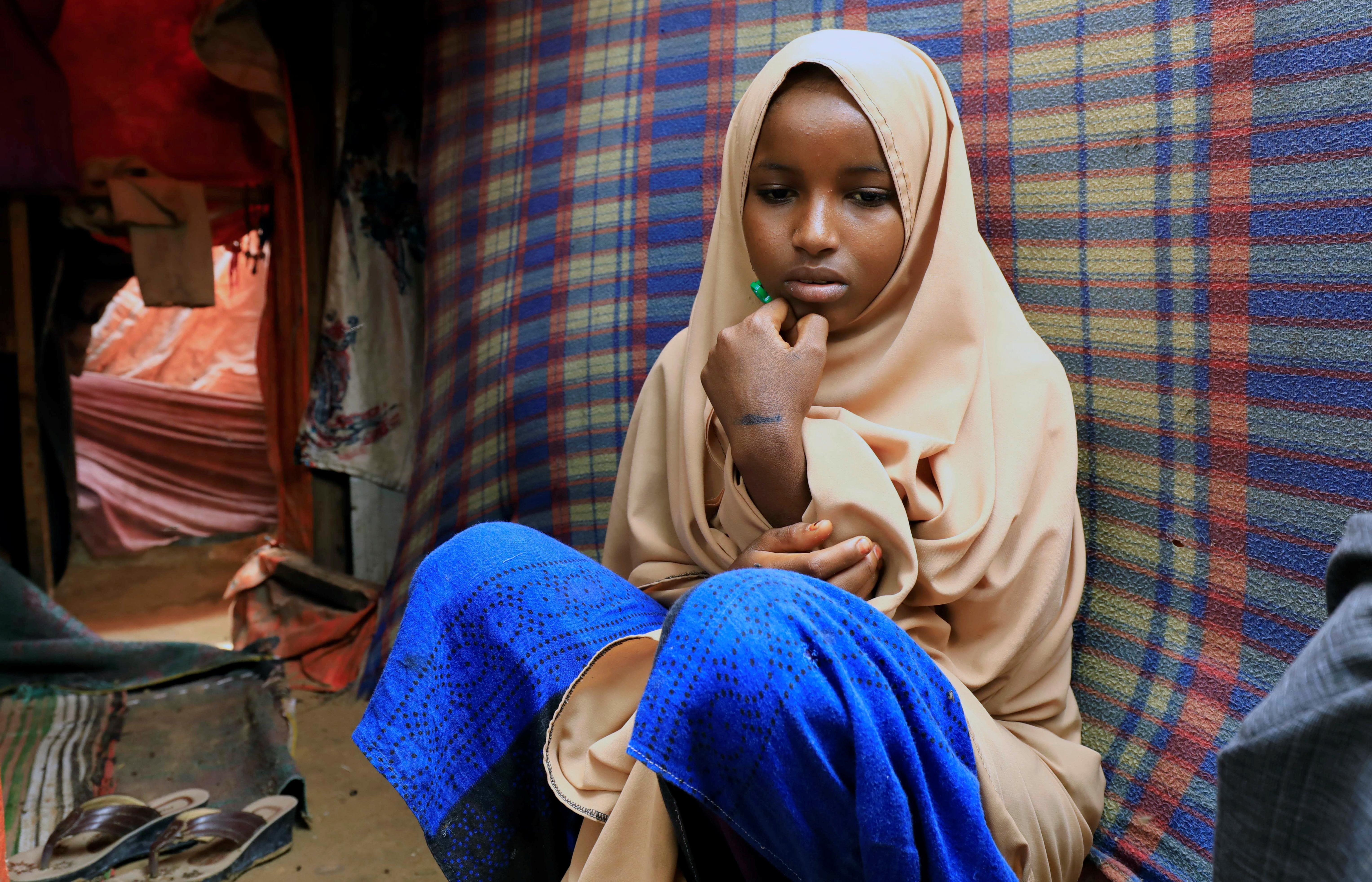 “The man just slept with me, beating me always,” she said, sitting by her mother, who clutches her daughter tightly. “I regretted I was born.”

There is no law mandating a minimum age for marriage in Somalia. A bill introduced in parliament this month by a presidential ally caused a storm of criticism from lawmakers when they realised it would legalise marriage at puberty – as early as 10 for some girls.

Data from a government survey this year shows that nearly a third of girls are married before their 18th birthday – just under half of those before the age of 15.

“Some families marry off their daughters to reduce their economic burden or earn income. Others may do so because they believe it will secure their daughters’ futures or protect them,” said Dheepa Pandian, a spokeswoman from UNICEF, the United Nations’ Children’s Fund.

Political turmoil in Somalia – the prime minister was sacked last month and elections due this year will likely be delayed – means it is unclear when parliament might vote on the bill. The Horn of Africa nation is also battling an Islamist insurgency.

“Our constitution is based on Islam. It says the age of maturity is 18, this is the right age for voting or for a girl to marry,” she said.

Deputy speaker Abdiweli Mudeey, who presented the bill, did not return calls seeking comment but told lawmakers that it had been reviewed by clerics and “this bill … is the correct one based on Islam.”

Nadifa Hussein, who runs three camps in the capital for families fleeing violence, shelters many abused and abandoned child brides.

“Most women here were married at 13 and are divorced by the time they are 20,” Hussein said. “They have no one to feed them.”

Among them is Sirad, a shy 16-year-old with two children. Her husband has left, but if he comes back she must welcome him, she said sadly.

“Who else wants me?” she asked, covering her face. “If you are thrown into a well and can’t come out, the only option is to try to swim.”