More than 60,000 new coronavirus infections reported in US – the highest single-day tally of cases by any country. 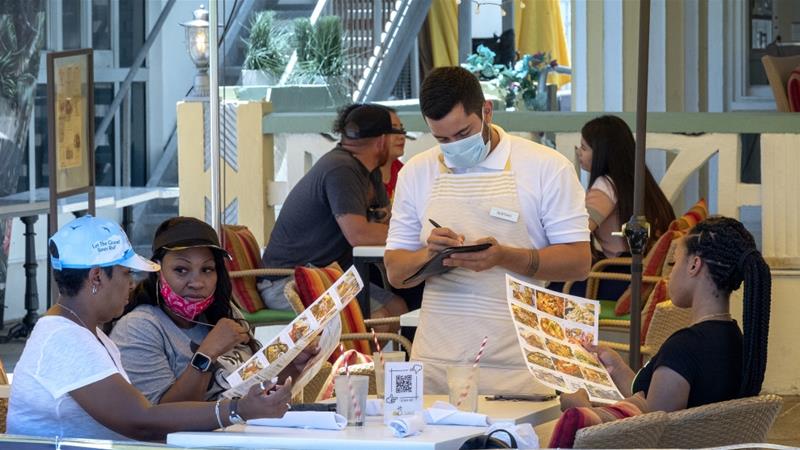 COVID-19 continues to swell in the United States as record-breaking numbers of coronavirus cases and deaths in several states dim hopes of economic recovery, with cellphone data shows shoppers are staying away from stores in areas where cases are rising the most.

In Arizona, Texas, Florida, Georgia and South Carolina, which were among the first states to reopen commerce in May, retail foot traffic now lags levels elsewhere, data firm Unacast said.

More than 60,000 new COVID-19 infections were reported on Wednesday, the greatest single-day tally of cases by any country since the virus emerged late last year in China. US deaths rose by more than 900 for the second straight day.

The surge is making some Americans hesitant to return to public spaces and patronise businesses despite President Donald Trump’s efforts to downplay the risks.

Stephanie Porta, 41, a lifelong resident of Orlando, Florida, said only about half the people at her grocery store wore masks but that was an improvement from two weeks ago.

“They’re trying to make everything seem normal, when it’s not. People are dying, people are getting sick. It’s insane,” she said. “A lot of people are taking notice. But so many are being fed the message that everything is normal. If they’re smart, they’re scared.”

Governors in California, Florida and Texas have either ruled out ordering most businesses to close and residents to stay home or said it would be a last resort. So far closures have been limited to bars, beaches and a few other types of businesses. 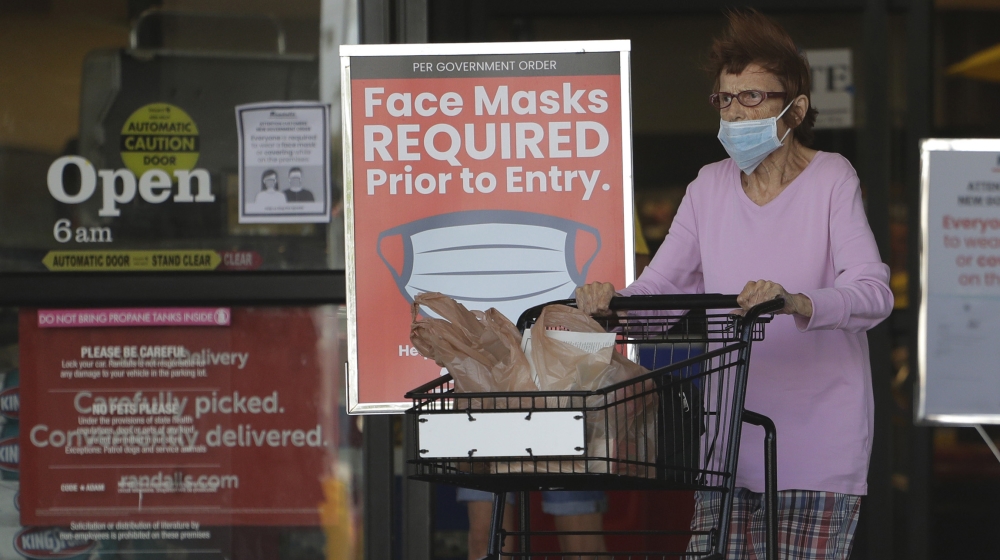 Rising cases in Florida have not dissuaded the Walt Disney World Resort in Orlando from its planned reopening on July 11. Its website says anyone visiting voluntarily assumes “all risks related to exposure to COVID-19”. The theme park attracts millions of people to Florida each year, and has said it is implementing “enhanced health and safety measures”.

Extraordinarily high jobless figures on Thursday compounded the gloom from worsening coronavirus trends. Investors initially cheered a drop in the number of people newly filing for unemployment benefits because the total was lower than economists had forecast.

But that news was quickly overshadowed by the record number of people collecting unemployment checks – 32.9 million – in the period. Although initial unemployment claims have gradually fallen from a late March peak, they remain roughly double their highest point during the 2007-2009 Great Recession.

“Don’t be fooled, the economy’s troubles aren’t over yet, not by a long shot,” said Chris Rupkey, chief economist at MUFG in New York.

With coronavirus cases rising in 41 of the 50 US states over the past two weeks, according to a Reuters analysis, many states have had to halt and roll back plans to reopen businesses and lift restrictions.

Earlier this week, Trump criticised his health agency’s recommendations for reopening schools in the fall (August to December) as too expensive and impractical, insisting that all schools must open for classroom instruction. Vice President Mike Pence said on Wednesday the Centers for Disease Control and Prevention (CDC) would issue a “new set of tools” next week.

Many Americans cannot return to work if schools do not open for in-person learning, as they are a major source of childcare in the country.

The CDC’s director, Robert Redfield, on Thursday defended the guidelines but gave no details on what the CDC was changing.

“It’s not a revision of the guidelines. It’s just to provide additional information to help the schools be able to use the guidance that we put forward,” he told US broadcaster ABC’s Good Morning America show.