Washington: The partial US government shutdown that began early on Saturday will continue for the next several days, as Senator Mitch McConnell, the majority leader, adjourned the Senate until Thursday and the White House indicated that President Donald Trump was sticking to his demand for $5 billion for a border wall.

In a call with reporters, administration officials indicated that the president would not relent on his signature campaign promise, saying that the only way out of the impasse was for Senate Democrats to do something they have promised never to do — grant him the $5 billion for border security. 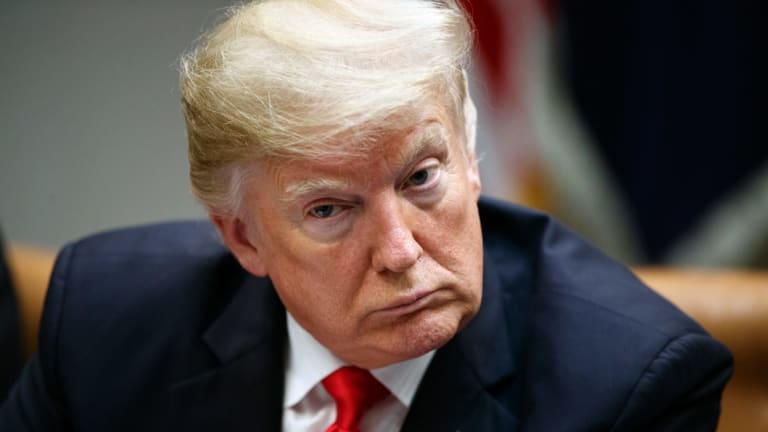 But even as the White House officials spoke, Vice President Mike Pence was at the Capitol presenting an offer to the top Senate Democrat, Chuck Schumer of New York, according to Senator Richard Shelby, chairman of the Senate Appropriations Committee. He offered no details about the proposal, and said it would be difficult to reach any deal on Saturday.

Nancy Pelosi, the top House Democrat, suggested in an interview that if an agreement was not struck by the close of the weekend, lawmakers and staff members in her chamber should also go home for the Christmas holiday. "I really do think that if it doesn't happen today or tomorrow, then people should just be with their families and relax," she said, adding, "We have certainty we will end this the first week in January," when Democrats assume control of the House.

Large sections of the federal government closed at 12:01am on Saturday in the third shutdown of Trump's 23 months in office. It was an ignominious end to a year that began much the same way, with a three-day government shutdown in January.

The latest breakdown, which hinges on the impulses of a mercurial president, only added to the sense that, as Senator Claire McCaskill, who is departing, said in her recent farewell speech, "something is broken, and if we don't have the strength to look in the mirror and fix it, the American people are going to grow more and more cynical".

With Senate Democrats saying they will never accede to Trump's insistence on the $5 billion for his wall, and the White House offering no indication that the president will accept less, nine of the federal government's 15 Cabinet-level departments have officially shuttered. They include the departments of Agriculture, Commerce, Homeland Security and the Interior; other agencies, like the Defense Department, are unaffected because Congress had already approved their spending.

Roughly 380,000 workers were expected to be sent home, and another 420,000 considered too essential to be furloughed — including airport security officials and Customs and Border Protection officers — were to remain on the job without pay. National parks generally planned to remain open, though with reduced services in some cases and without the presence of rangers to assist visitors.

After remaining publicly silent on the shutdown through much of the morning, Trump took to Twitter on Saturday to say that he was "in the White House, working hard".

"We are negotiating with the Democrats on desperately needed Border Security (Gangs, Drugs, Human Trafficking & more) but it could be a long stay.''