Hundreds of thousands of government employees furloughed as Democrats and Republicans fail to reach a budget deal. 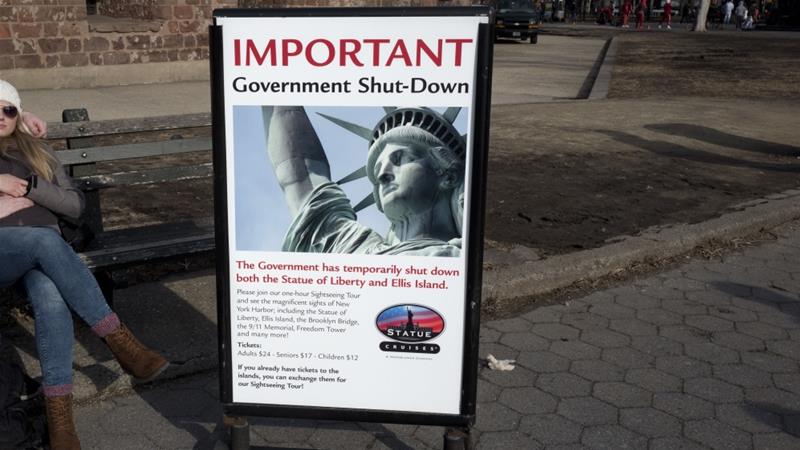 As the start of the working week begins in the United States, and with Republicans and Democrats still unable to come to an agreement over government spending, hundreds of thousands federal employees will not be allowed to report for duty.

Senate Republicans and Democrats failed late on Sunday to reach a compromise to end the shutdown, which began at midnight on Friday as a result of an impasse over negotiations on immigration.

Democrats and Republicans traded blame throughout the weekend, with President Donald Trump calling for the “nuclear option” on Twitter. The so-called nuclear option would change the 60-vote rule and allow Republicans to pass legislation without Democrat approval.

According to US media, however, Senate Majority Leader Mitch McConnell does not support the option and it is unclear whether Republicans would still have the 51 votes needed to pass a spending bill.

Why can’t Democrats and Republicans agree?

Democrats want Republicans and Trump to negotiate an immigration plan as part of the budget deal. But Republicans say no agreement will be reached while the government is shut down.

As part of any immigration deal, Democrats want protections for the nearly 800,000 Deferred Action for Childhood Arrival (DACA) recipients.

Last year, Trump announced the end of the DACA programme, which protects undocumented children brought to the US by their parents. He gave Congress until March to resolve the issue.

A group of senators worked through the weekend to try to come up with an agreement to extend the budget and end the shutdown. Many were optimistic when McConnell announced he would allow a vote on immigration reform in February if the Democrats agreed to fund to the government.

But by Sunday evening, no deal had been reached and a vote on government spending was postponed until midday (17:00 GMT) on Monday. 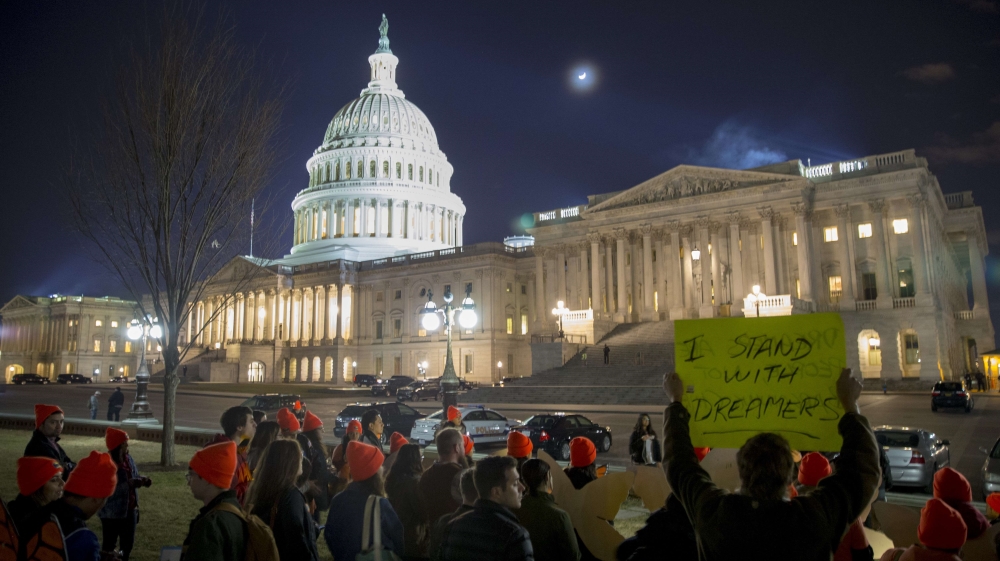 The weekend only showed small signs of a shutdown, but as the working week begins, hundreds of thousands of federal employees will be furloughed, meaning they will be put on temporary unpaid leave.

Additionally, many government services, such as passport and visa application processing will be halted, national museums will be closed and many government agency work will be slowed.

‘Not much Trump can do’

Al Jazeera’s Heidi Zhou-Castro said that it is unclear if and when a deal over government spending will be reach.

“With shifting stances and with the finger pointing coming from Trump on Twitter, it remains to be seen when and if a compromise to reopen the federal government will occur,” she said.

Jeanne Zaino, a professor at Iona College, said that “there’s not much the president can do except use his bully pulpit to try to convince the American people to convince their senators or the senators themselves to get the government open”.

She also told Al Jazeera that “the president is feeling a bit of frustration because if you recall in 2013, he roundly criticised President [Barack] Obama for not having the skills and the leadership to strike a deal to bring people together”.

The last government shutdown took place in 2013 and lasted for just over two weeks. It came as a result of a Republican push to defund the Affordable Care Act, also known as Obamacare. 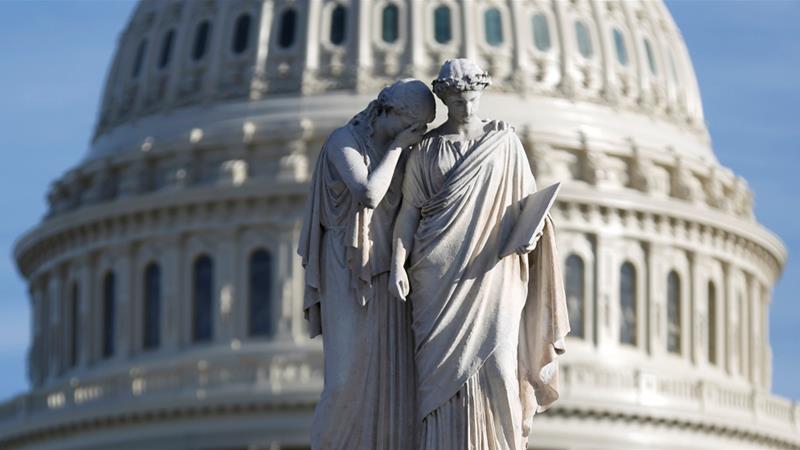 Who is to blame for the US government shutdown?