Flights were briefly halted at New Jersey’s Newark airport, one of the main transport hubs for New York City. 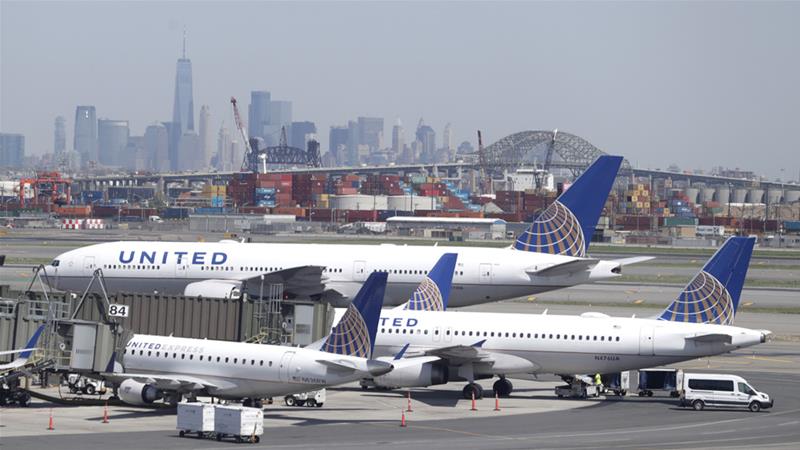 Flights at New Jersey’s Newark Liberty International Airport were disrupted Tuesday evening after sightings of a drone flying nearby.

“At approximately 5pm (22:00 GMT), we received two reports from incoming flights into Newark that a drone was sighted at about 3,500 feet (1,066 metres) above Teterboro, New Jersey,” said a spokesman from the US Federal Aviation Administration (FAA).

A pilot told air traffic controllers that the drone came within nine metres of his aircraft.

Flights in and out of Newark were briefly halted.

The Port Authority of New York and New Jersey operates both Newark airport and Teterboro which caters mainly to smaller private and corporate jets.

It said it was coordinating with the FAA and law enforcement authorities as they investigate the incident.

Newark, the 11th busiest airport in the United States, is one of the three main airports serving New York City and the surrounding region.

United Airlines, which uses Newark as a hub, said their operations were minimally affected.

Drones are becoming a major issue for the aviation industry.

In December, London’s Gatwick Airport was shut down for days after drone sightings.

More than 1,000 flights were grounded or diverted over three days before Christmas, disrupting travel plans for an estimated 140,000 passengers.

In January, London’s Heathrow airport was closed for about an hour when another drone was spotted near the runway.

Both incidents are under investigation.

December’s shutdown at Gatwick was the worst drone-inflicted travel interruption to hit the United Kingdom.

The British government extended the drone exclusion area around airports from one kilometre to a five-kilometre radius.

British police also have new powers to search for and regulate drones. They may enter premises without a warrant if they have reasonable suspicion there is a drone inside that had been involved in an offence.

They are also allowed to fine drone operators up to $130 on the spot for failing to have proper drone registration or refusing to land a drone when instructed.

US law bars drone pilots, unless they have special permits, from flying their drone above 122 metres or within eight kilometres of an airport.

But officials say there are also likely hundreds of thousands of additional drones that are not registered.