Washington: The United States on Sunday threatened to impose sanctions on European companies that do business with Iran, as the remaining participants in the Iran nuclear accord stiffened their resolve to keep that agreement operational. 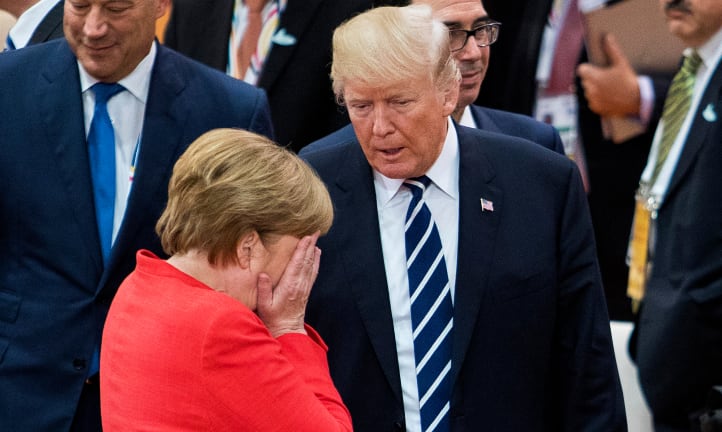 The Iran nuclear deal risks further dividing the US and its European allies.

When asked whether the United States might impose sanctions on European companies that continue to do business with Iran, Bolton told CNN: "It's possible. It depends on the conduct of other governments."

Pompeo said he was "hopeful in the days and weeks ahead we can come up with a deal that really works, that really protects the world from Iranian bad behaviour, not just their nuclear program, but their missiles and their malign behavior as well."

The US withdrawal from the Iran deal has upset Washington's European allies, cast uncertainty over global oil supplies and raised the risk of conflict in the Middle East.

Germany's minister for economic affairs, Peter Altmaier, said on Sunday that Berlin will try to "persuade the US government to change its behaviour."

In an interview with ZDF public television, Altmaier noted the United States has set a 90-day deadline for foreign firms to comply with the return of sanctions and that this period can be used to convince Washington to change course.

Israel and Iran engaged in an extensive military exchange on the heels of Trump's decision to leave the deal. On Saturday, French President Emmanuel Macron told Trump in a telephone call that he was worried about stability in the Middle East, according to Macron's office.

As a private citizen, Bolton in the past has suggested that the United States push for a change in Iran's government. However in an interview aired on the ABC's This Week, Bolton said refused to confirm his personal views.

In the CNN interview, Bolton did not respond directly when asked whether Trump might seek "regime change" in Iran, or whether the US military would be ordered to make a preemptive strike against any Iranian nuclear facility.

"I'm not the national security decision-maker," Bolton said, adding that Trump "makes the decision and the advice that I give him is between us."

When pressed by CNN on whether the Trump administration would sanction European firms that continue to do business with Iran, Bolton said, "I think the Europeans will see that it's in their interest ultimately to come along with us."

"I think at the moment there's some feeling in Europe – they're really surprised we got out of it, really surprised at the reimposition of strict sanctions. I think that will sink in; we'll see what happens then," Bolton said.