A US WWII bomber has emerged from a melting glacier in Iceland 76 years after it crashed on it way to England.

The B-17 Flying Fortress bomber flew into the Eyjafjallajokull glacier in southern Iceland on September 16, 1944.

Miraculously all of its 10 crew members survived but the wreckage was abandoned and was swallowed up by the glacier.

Today, with global warming stripping the land of ice, the war plane has re-appeared, mangled and torn but still able to provide a fascinating glimpse into the past. 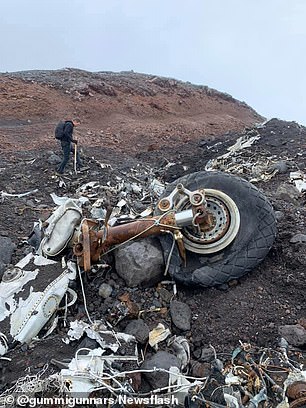 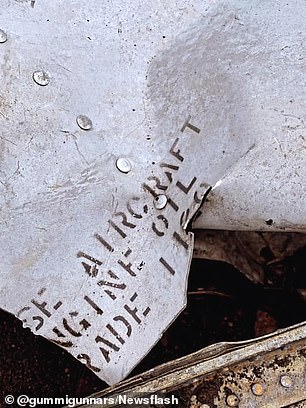 The B-17 Flying Fortress bomber flew into the Eyjafjallajokull glacier in southern Iceland on September 16, 1944 (pictured: one of its landing wheels, left; and part of its mangled fuselage, right) 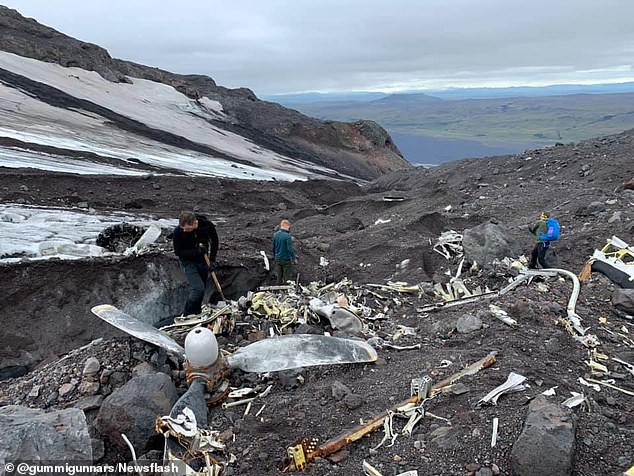 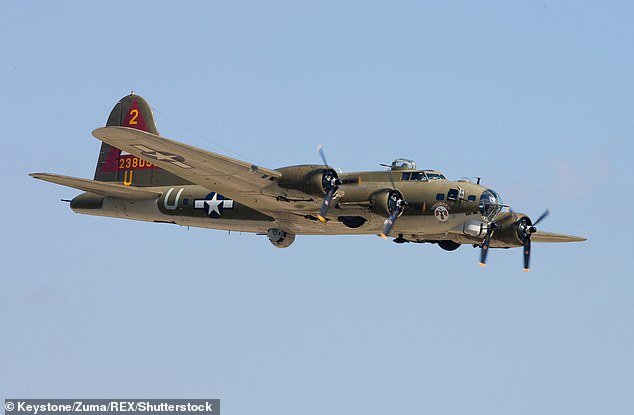 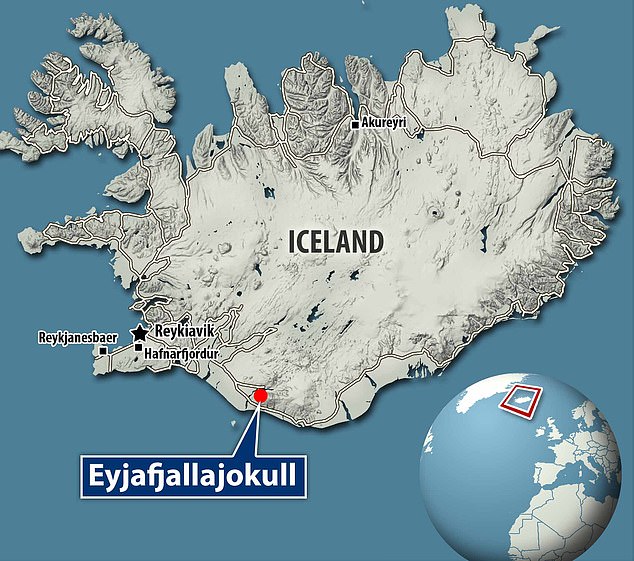 The B-17 Flying Fortress bomber flew into the Eyjafjallajokull glacier in southern Iceland on September 16, 1944

Locals such as the former mayor of Isafjorour, Guomundur Gunnarsson, see the wreck as a tourist attraction and have rejected calls to clean it up.

An experienced hiker, Gunnarsson said: ‘Ever since I heard about the wreck, I’ve been restless. I found the story compelling, and once I told my friends about it, they became restless too.’

They hiked to the American wreck last week to inspect the area and take photos which were later shared on social media.

Aviation fans will remember the name Eyjafjallajokull, for the site of the glacier is the same as the location of the volcano which erupted in 2010, sending out a cloud of ash which brought European air travel to its knees.

The US bomber was on it was to England after landing at Keflavik Airport to refuel.

However, the weather conditions were poor in Iceland and the bomber was caught in a down-draught before crashing into the ice cap.

Fortunately, the plane landed on soft snow and kept sliding along its fuselage until coming to an abrupt stop at a snow bank.

One of the plane’s wings was ripped off and the engines caught fire. 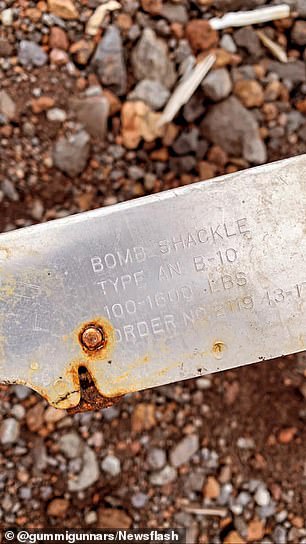 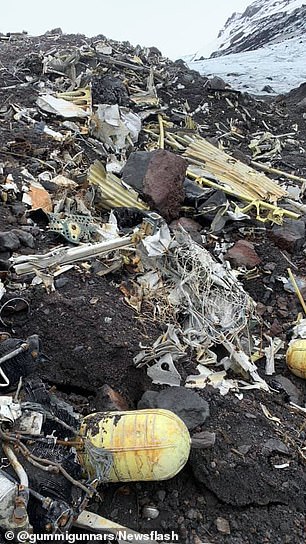 The US bomber was on it was to England after landing at Keflavik Airport to refuel. 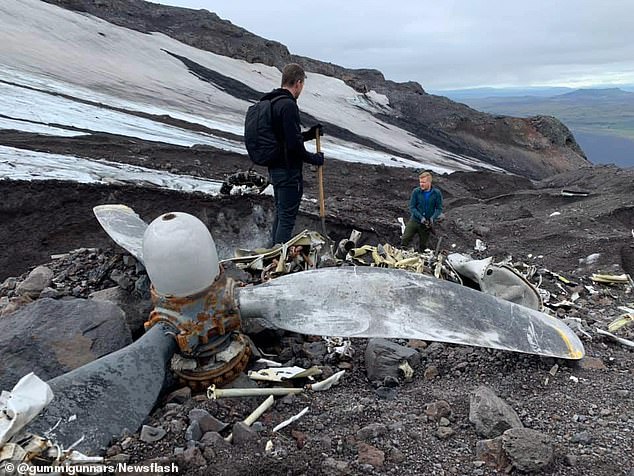 Locals such as the former mayor of Isafjorour, Guomundur Gunnarsson, see the wreck as a tourist attraction and have rejected calls to clean it up. 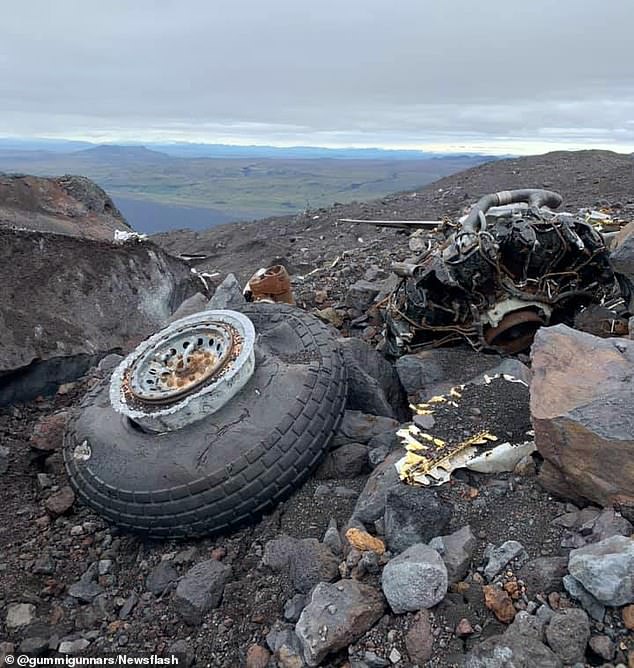 Some crew members were thrown into the snow through tears in the fuselage while those left on board managed to escape the plane before it caught ablaze.

The American servicemen had no idea where they were and could not send an SOS to the US Air Force.

They decided to leave the glacier after two days and headed into a valley where they were helped by farmers in the area of Fljotshlio.

The US authorities carried out two expeditions to the glacier by the end of that month.

The first made it to the plane wreck and managed to retrieve some items from it. However, the second group had to turn back without reaching the site.

Over time, the glacier swallowed the plane, but it is now slowly coming back to view due to melting caused by global warming.