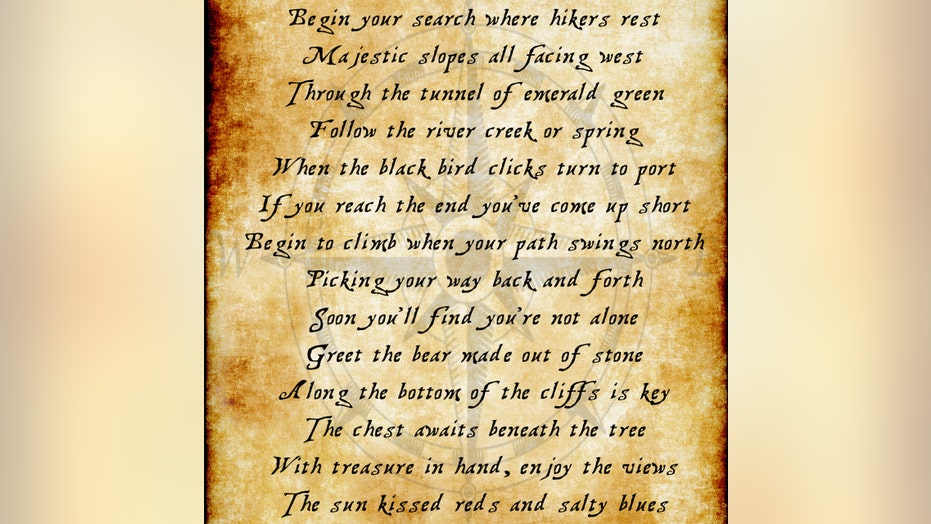 Hundreds of treasure-seekers from across the country have gathered in the mountains of Utah to find a hidden chest filled with $10,000 in cash.

John Maxim and David Cline launched the first Utah Treasure Hunt last year during the coronavirus pandemic. The pair buried $5,000 in the mountains last summer, but it was found only four days after the hunt started, Cline told Fox News.

“We just kind of sensed that morale was down as a community, just because everyone had been locked in for everything for a long time,” Cline told Fox. “And so we were like, man, what would be a safe, fun way to get people outside? And we just kind of thought, what about a treasure hunt?”

“We had no idea what kind of response we’d get,” he added.

This year, Maxim and Cline upped the prize to $10,000 — which is “self-funded” — as well as a 10-ounce silver coin and “some fun stuff we threw in there,” Cline said. He and Maxim launched the hunt last week by posting a poem with hidden clues on Cline’s Instagram account. 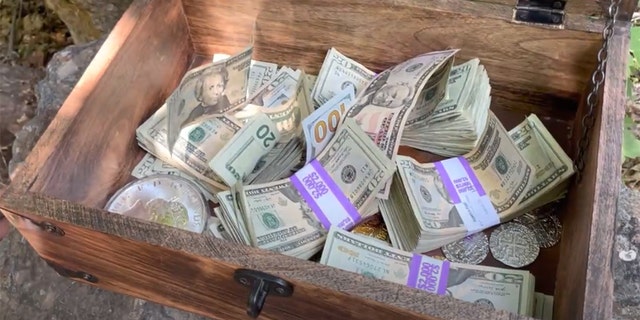 David Cline and John Maxim have hidden $10,000 in cash in a treasure chest buried in Utah for their second annual treasure hunt. (Courtesy of David Cline)

Cline and Maxim will also be posting weekly clues on social media on Fridays — though people who share pictures of their hunt will receive clues a day early, on Thursday, Cline said.

Already, they’ve let people know that the treasure is not hidden at a ski resort and it’s not buried deep in the ground.

They also released a map showing the general vicinity where the treasure is hidden, to give people a bit of an idea.

Cline told Fox that they think up to 1,000 people are participating in the hunt so far, with treasure-seekers coming from as far as Hawaii and Atlanta. 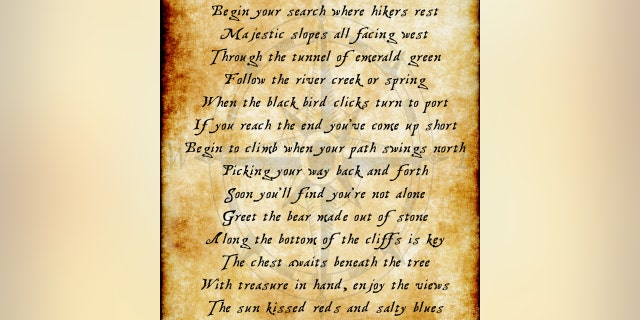 Cline and Maxim launched the Utah Treasure Hunt last week when they posted this poem on social media. (Courtesy of David Cline)

“There’s a lot of people out there that just love a good treasure hunt,” Cline said. “It’s kind of exciting that … it’s like one of the only things in all of our society that kind of transcends, you know, political lines and everything. Everyone loves a treasure hunt.”

Though they aren’t giving away extra hints aside from their weekly updates, Maxim and Cline told Utah’s ABC 4 that the chest is “as accessible as possible” for treasure seekers. They also made it clear on their Instagram post that the treasure is not hidden on private property, so participants should not trespass.

Cline told Fox that he and Maxim are hoping the treasure stays hidden for the rest of the summer, but Cline added that he’s not so sure that wish will come true. 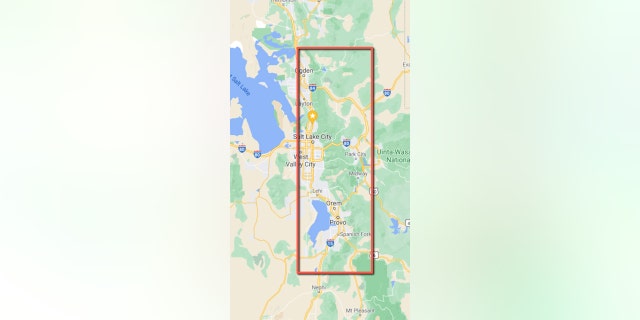 The pair have already released a few clues, including this map, showing the general vicinity where the treasure has been buried. (Courtesy of David Cline)

“I think that the response and just the genius of the community is way too powerful for that, so we’re hoping for at least like maybe a couple weeks,” Cline said, laughing.

“For us, the joy of it is just kind of watching families and friends and couples and everybody just get out into the mountains and discover new places and have a great time doing it,” Cline added. “There is something fun about kind of sitting back and just seeing, you know, thousands of people try and solve your riddle as they wander the mountains.”