The main suspect in the Utrecht shooting has confessed to the attack and says he acted alone, according to prosecutors.

Gokmen Tanis is accused of opening fire on a tram in the Dutch city on Monday – killing three people and injuring five.

The Turkish-born suspect was found after a seven-hour manhunt and appeared in court during a private hearing earlier on Friday.

In a statement, the public prosecutor’s office said: “The 37-year-old suspect confessed the criminal acts he is charged with.”

No further details were given about Tanis’s confession.

While the Utrecht shooting had been deemed terrorism by officials, prosecution spokesman Frans Zonneveld said the motive is still under investigation. 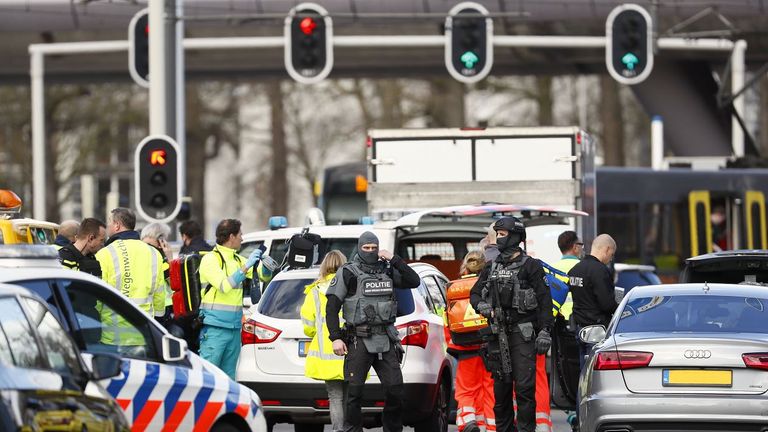 On Thursday, the prosecutor’s office said the shooting may have “flowed from personal problems combined with a radicalised ideology” and that the victims appear to have been chosen at random.

Tanis, who lives in Utrecht, is facing charges including murder or manslaughter with terrorist intent – and police have said he will undergo psychological testing.

The judge also gave police permission to detain Tanis for a further 14 days while they continue to investigate the shooting, with a court statement saying the “suspicion is strong enough to detain the man for longer”.

A 40-year-old man was arrested the day after the shooting because Tanis was found at his home. However, this man has since been released without charge as there is no evidence to suggest he helped the attacker.

Utrecht will remember the shooting victims on Friday evening with a silent march from the city’s main railway station to the junction where the shooting happened.