The Conservative MP’s windows were sprayed with the words ‘posh scum’ while ‘****head’ and ‘shut up and die’ were scrawled on the garage in West Harptree, Somerset.

Left wing extremists have been blamed for the attack after a symbol for anarchy was painted on the car.

Condoms were scattered across the grass around Mr Rees-Mogg’s family home, which he shares with his children and wife Helena, daughter of the aristocrat Somerset de Chair.

The family was on holiday in New York when the vandals struck last Wednesday night. 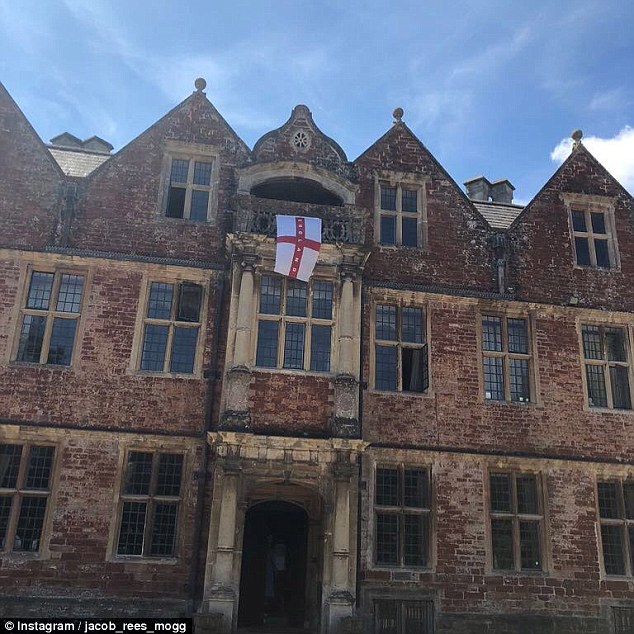 The Rees-Mogg mansion: The Conservative MP and his wife who are worth tens of millions of pounds live in a huge home in Somerset 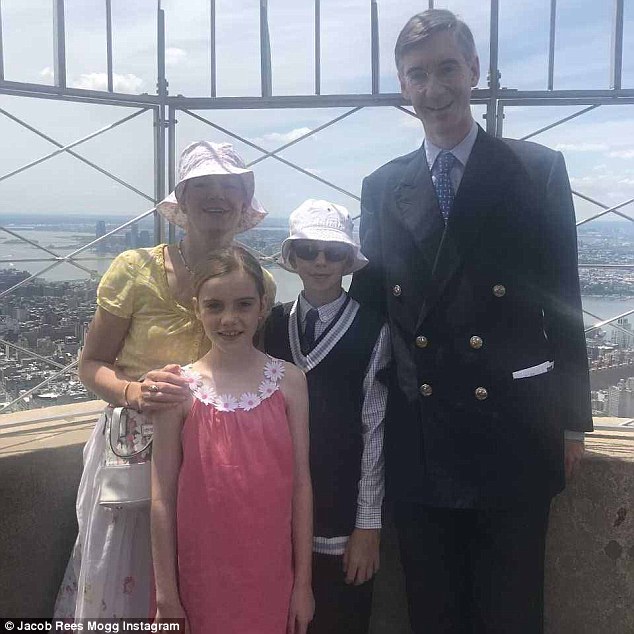 Jacob Rees-Mogg was on holiday in New York with wife Helena. He posted an image of himself with two of their children on the Empire State Building

The MP, 49, told The Sun: ‘It appears to be someone who can’t hold their drink — and probably not Catholic.

‘However, it has all been cleared up so this drunken protest will not even have a short-term effect.’

Mr Rees-Mogg advertised the fact he was out of the country with his two of his six children and his wife on Instagram.

The Tory politician posted an image of himself and his family at the Empire State Building. 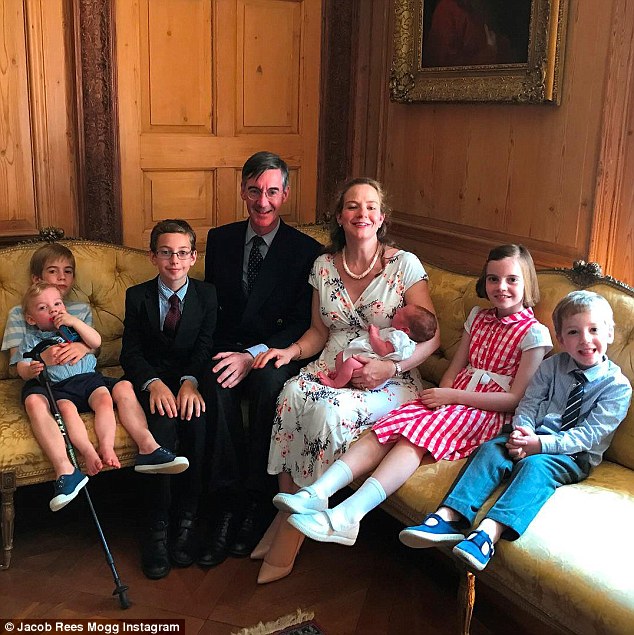 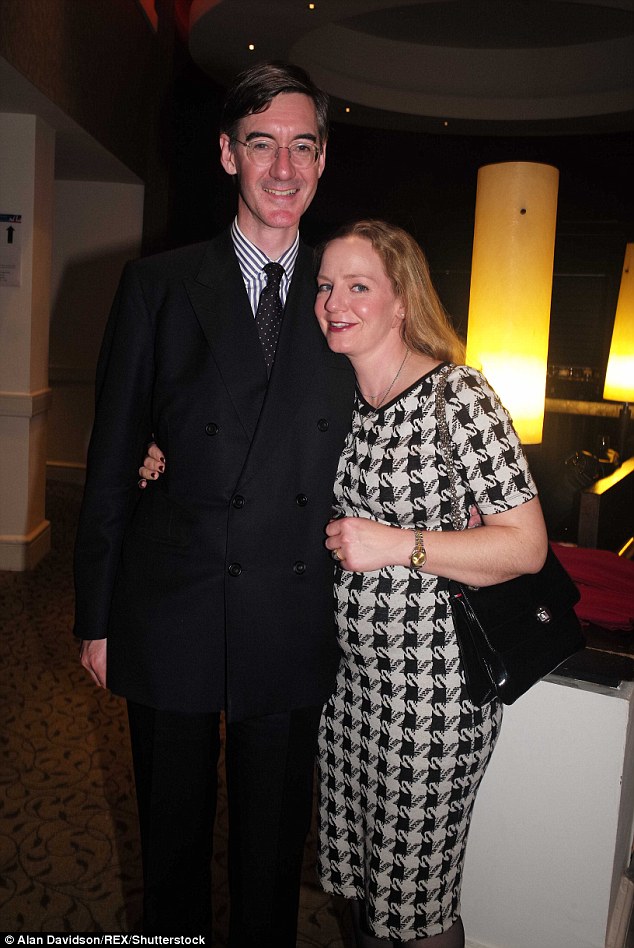