Mum-of-one Bonnie Aungle, of Ocean Shores, New South Wales, Australia, bought a packet of chicken necks for her pet chihuahua from a Coles store near her home. 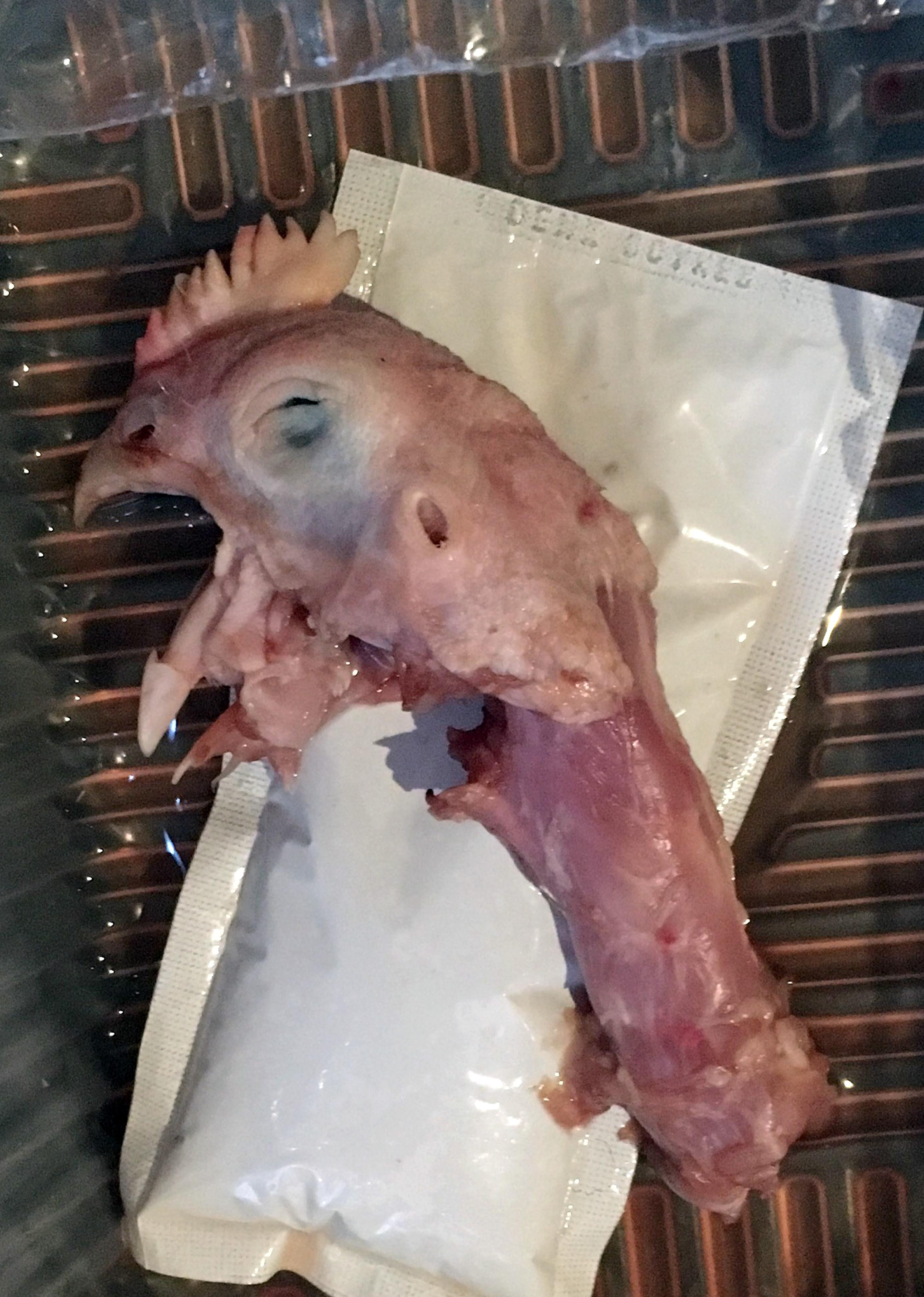 But the 33-year-old graphic designer was horrified to discover the whole chicken head when she opened the packet of dog treats later the same day.

She claimed she was forced to hide the intact decapitated chicken head from vegetarian son Phoenix, three, in fear he would be left terrified by the horrific sight.

Coles confirmed it is now investigating the incident with its supplier.

Bonnie said: “My son and I are both vegetarians and never need to buy meat, but I always buy packets of chicken necks for my chihuahua. 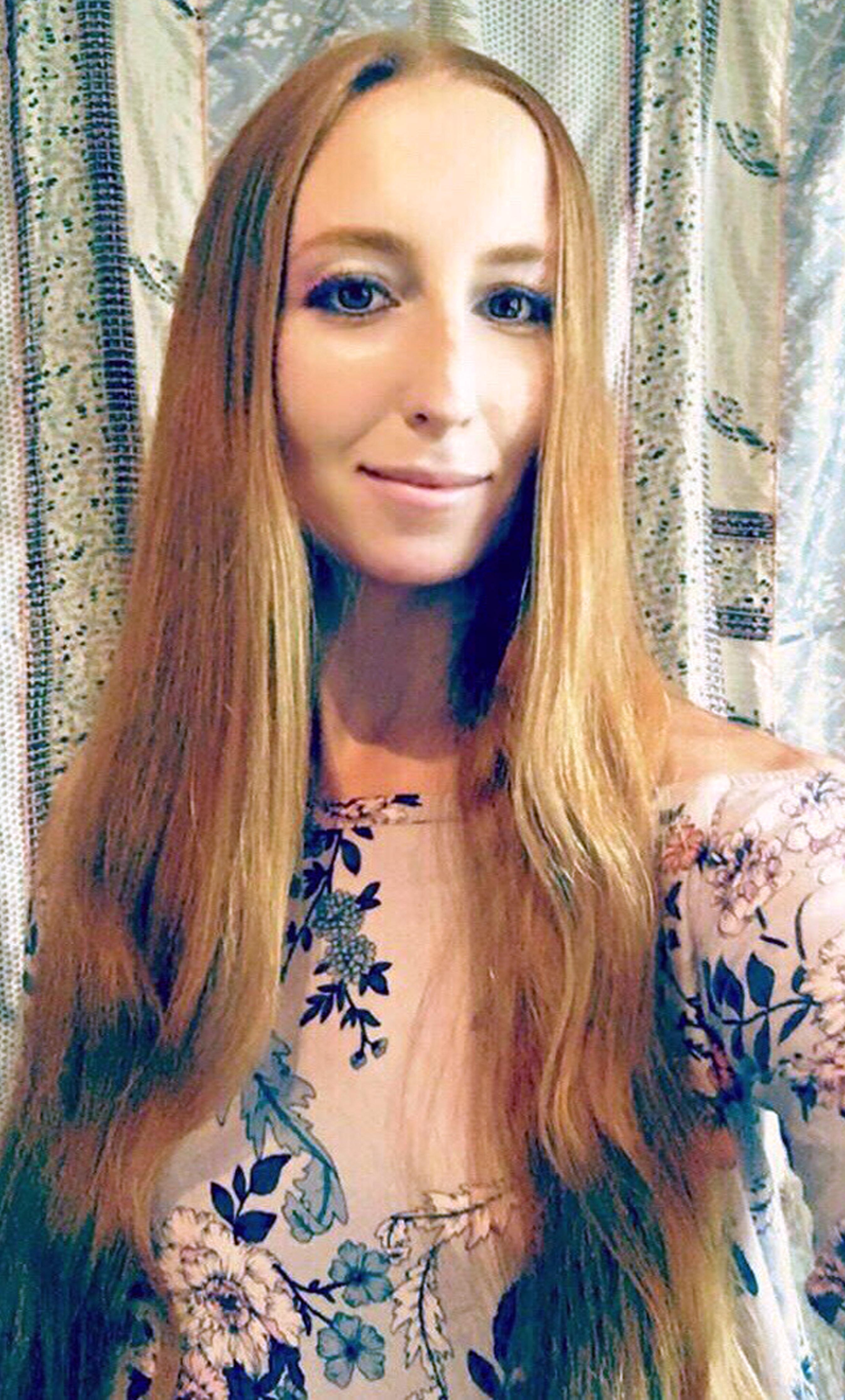 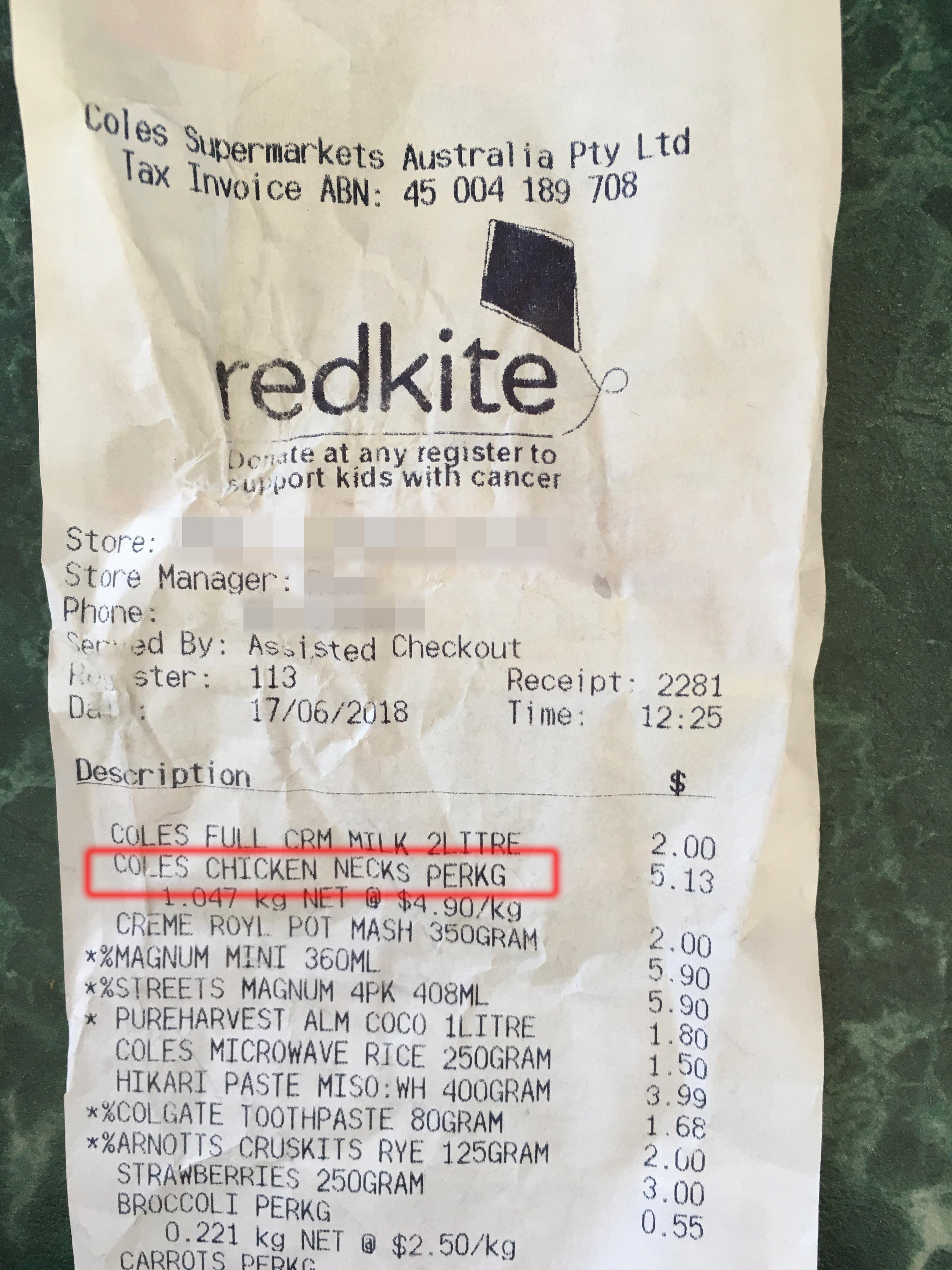 “Usually I try and go to my local butcher to get the free-range ones, but they had run out, so I just decided to go to Coles instead.

“I got home and opened up the packet later that day to feed my dog. The head was right at the bottom, so I didn’t see it at first.

“I thought I could see the hint of a comb. And I just thought ‘oh god that’s not a chicken head is it?’

“It was surreal. Then I saw its beak and eyes all still intact. It was almost stuck in this frozen silent scream.

“With the beak open wide like that and it’s eye kind of looking at you, it made me feel sad.” 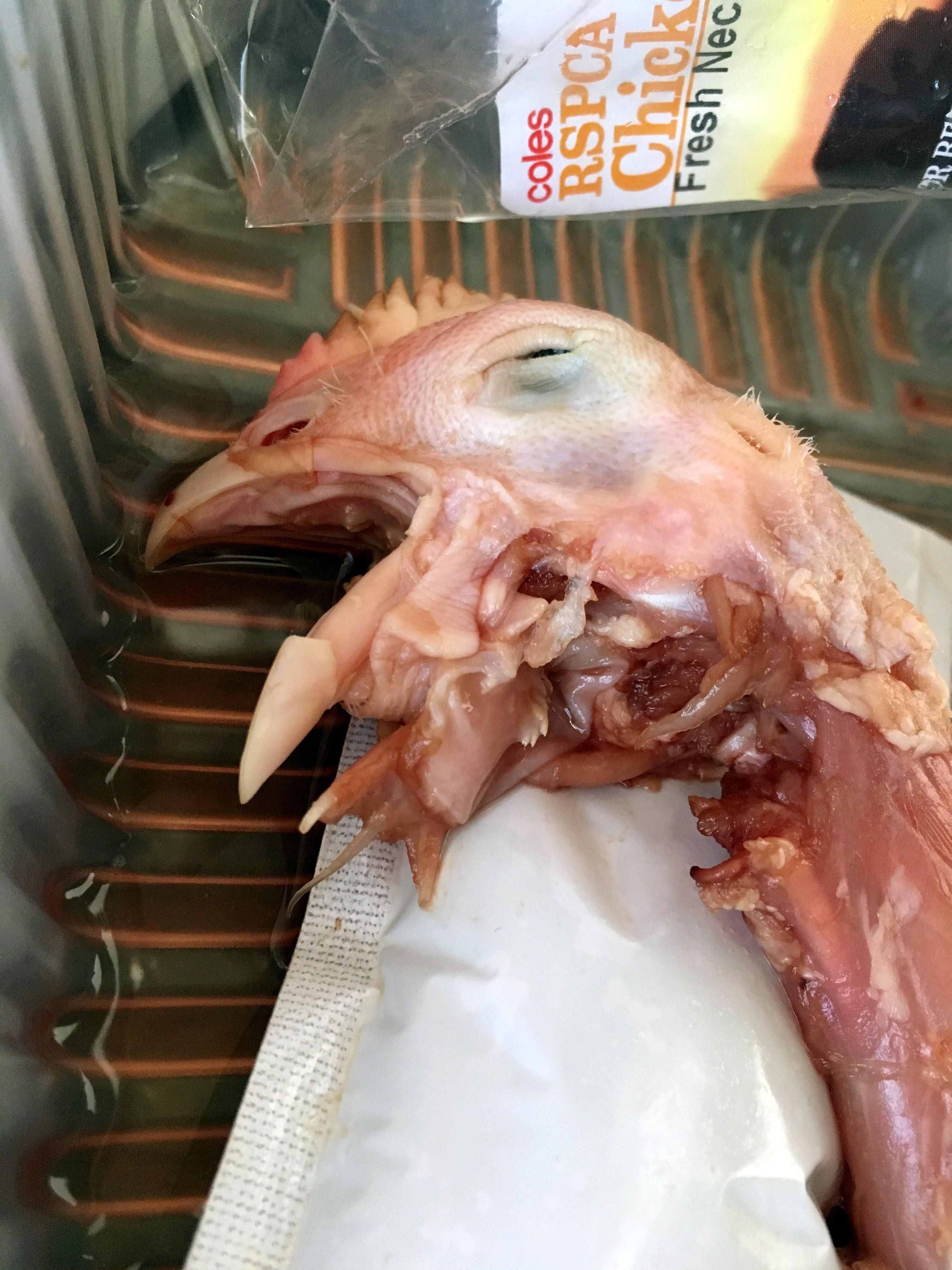 Bonnie said she has still got the head in her fridge as she doesn’t know what to do with it.

She added: “Obviously I know where meat comes from. That’s just the reality of it. But to have it right there in your face especially when I don’t eat meat is very confronting.

“I gasped out loud when I saw it, and my son came running over to see what had happened.

“He is a vegetarian by his own choice, and I really didn’t want him to see it as I know it would really scare him.

“Luckily he didn’t see it as I hid it straight away. I’ve still got the chicken head sitting in the fridge.

“I’m not sure what they wanted me to do with it or if I should take it back. But I know I won’t be buying chicken necks from Coles again.”

A spokesman for Coles said: “Coles takes the quality of all our products seriously. We have contacted the customer and will follow up with our supplier to investigate the matter.”