This is the bizarre moment a vending machine dispenses a packet of crisps containing what appears to be a bag of cocaine.

Zigy Andrez Bravo, from London, posted a video on Facebook showing a group of friends gathering around the machine selling snacks as loud music plays in the background.

One of the men puts two £20 and one £10 note into the slot and types 11 into the keypad to select a packet of Walkers crisps. 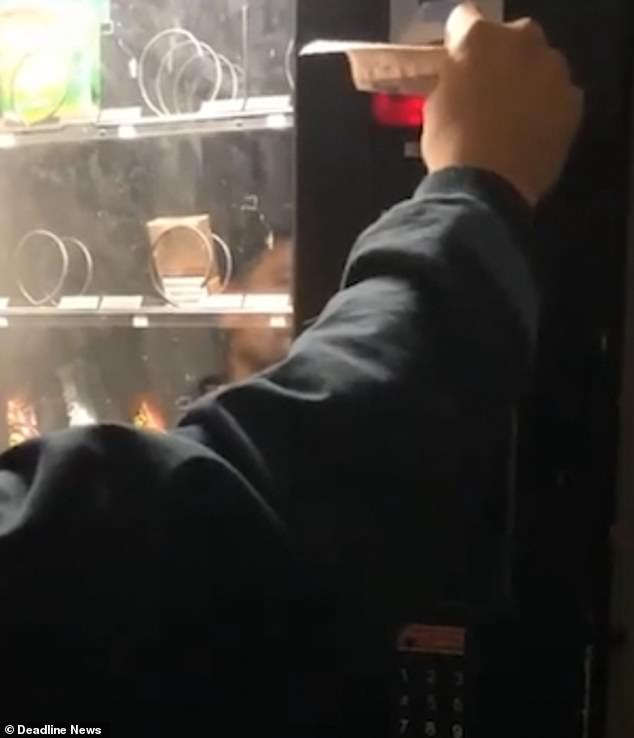 After the money is inserted someone points at the screen on the machine which supposedly reads ‘£50’.

As a packet of salt and vinegar crisps falls down from the top left hand corner, someone can be heard excitedly saying: ‘Here we go, here we go’.

The man then reaches his hand into the machine for the bag and says: ‘Packet of Walkers, yeah?’ 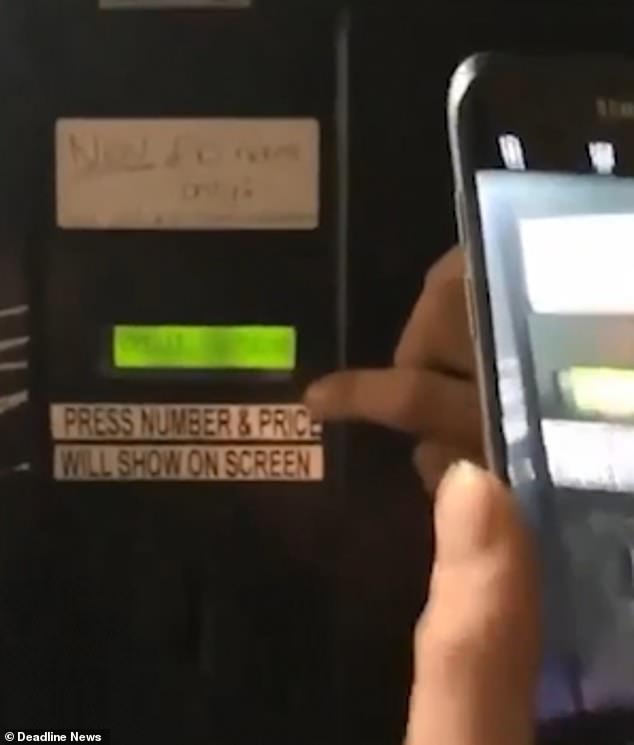 The apparently sealed packet is opened and a he pulls out a bag of ‘cocaine’ that is found inside.

The man holds up the packet to his friends and shakes it, saying: ‘Look what we have here.’

This is met with loud cheers followed by someone saying: ‘Let’s roll.’ 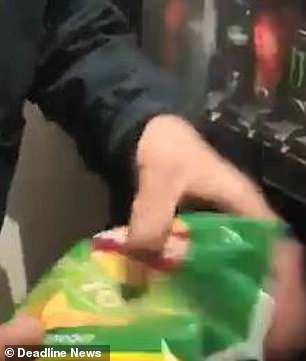 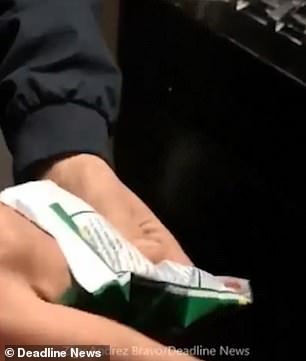 Mr Andrez Bravo posted the video on Facebook and captioned the post: ‘They have taken it to a new level, cocaine in a vending machine.’

The clip has been widely shared on social media but while thousands of people have enjoyed the video, many believe it to be a fake.

One user said: ‘Has to be a pre-placed pack already tampered with placed in the drop zone.’

Another said: ‘That’s weird how did they know it was in there?’ 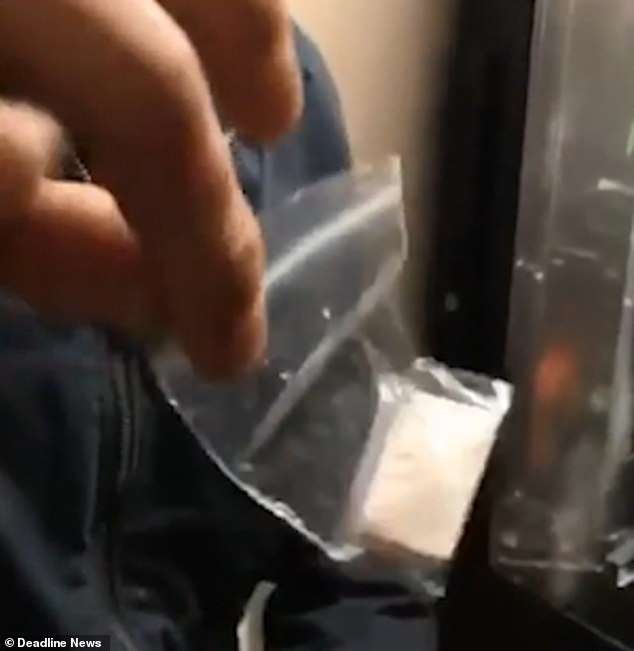 But Mr Andrez Bravo insists the machine was genuine and that there is more than one.

He said: ‘It’s not a joke – these machines are genuinely around.’

Last month, it was reported that crack pipes were being sold in vending machines in Long Island, New York.

Residents were outraged at the metal boxes which were selling two-dollar ceramic tubes.